To evaluate the Surface Pro 7, we will be pitting it against other comparable ultraportable notebooks such as the recently reviewed ASUS ZenBook 14 UX434, the Acer Swift 5, the Dell XPS 13 2-in-1, and the HP Spectre x360.

The Dell and HP are arguably the Surface Pro 7’s closest rivals as they feature top-notch build and convertible form factors that enable them to be used as tablets. Here are their configurations and how they stack up.

The Surface Pro 7 was a strong performer. Its numbers on PCMark 10, WebXPRT 3, and Cinebench R20 were all very commendable. And although it couldn’t run 3DMark for unknown reasons, its numbers on Tomb Raider was decent considering its form factor. But perhaps more importantly, it exhibited very little performance throttling – an issue that plagued older models. Overall, it performed very admirably against its two closest rvials – the Dell XPS 13 2-in-1 and HP Spectre x360. 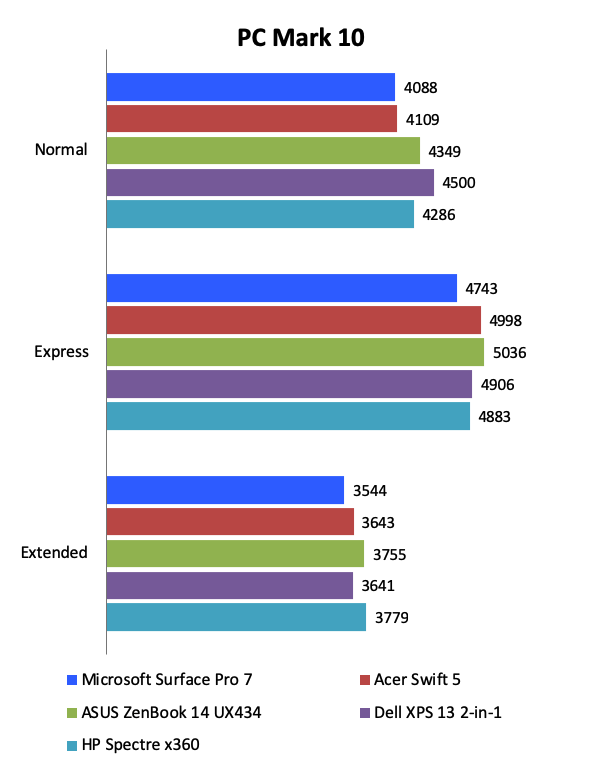 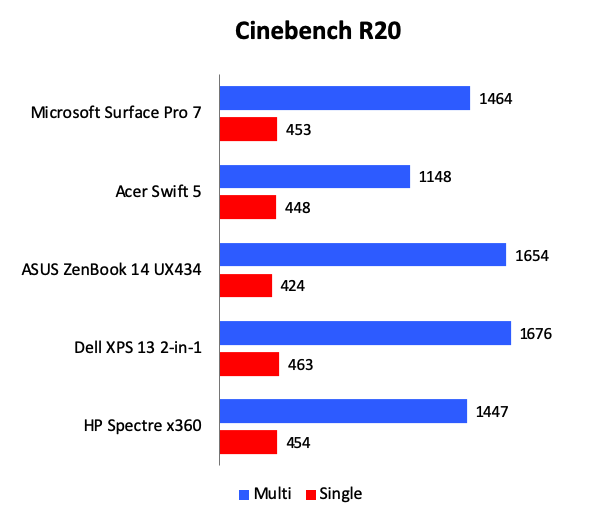 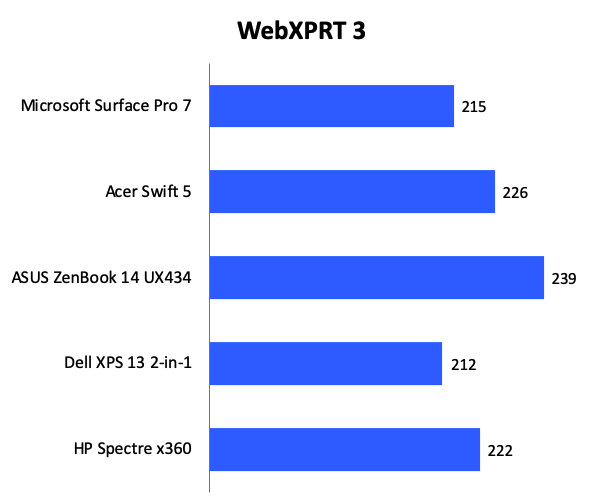 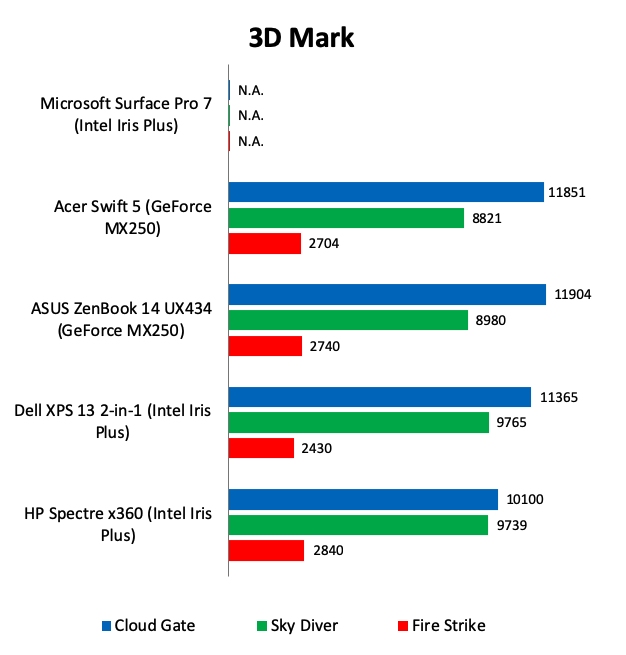 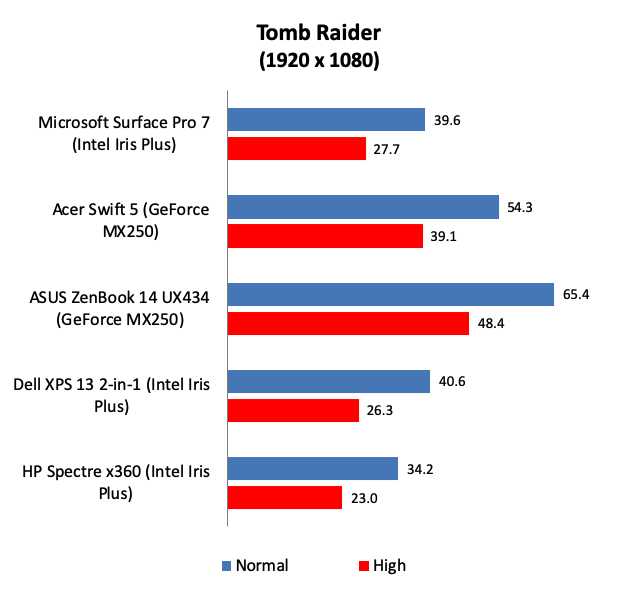 The latest Surface Pro 7 has a battery capacity of just 43.2Wh – the smallest of all the notebooks here. Despite that, it lasted just over 5 hours in the Modern Office workload and was just five minutes shy of two hours in the intensive Gaming workload. Diving deeper and looking at the power consumption figures reveal that it is more efficient than its rivals. Overall, battery life and portability can be said to be very good. 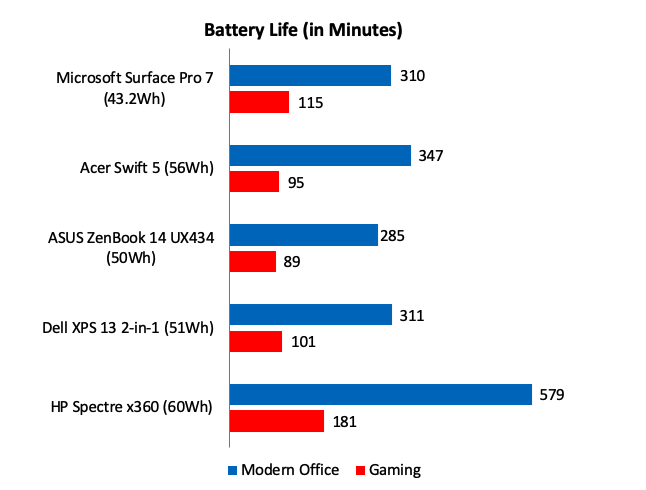 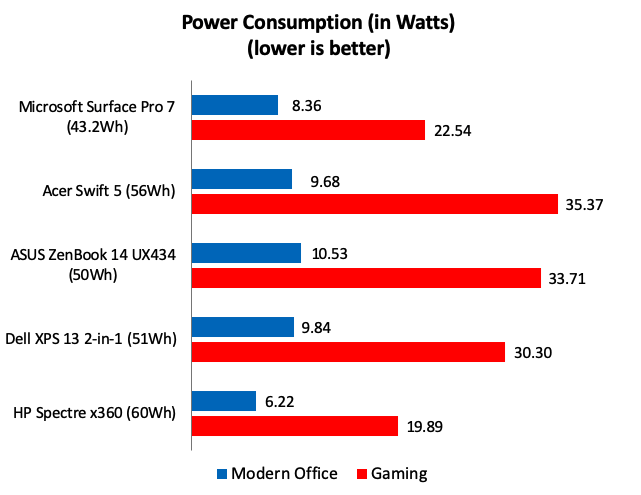 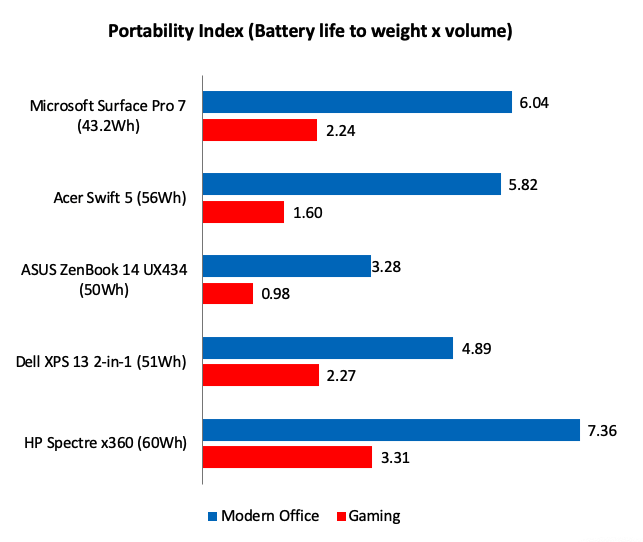 Still the best detachable notebook, but…

If you are reading this review, I'm assuming you are in the market for a device that can work as a tablet and as a regular notebook. The first question to ask yourself is if you really prefer a detachable notebook over a convertible one? 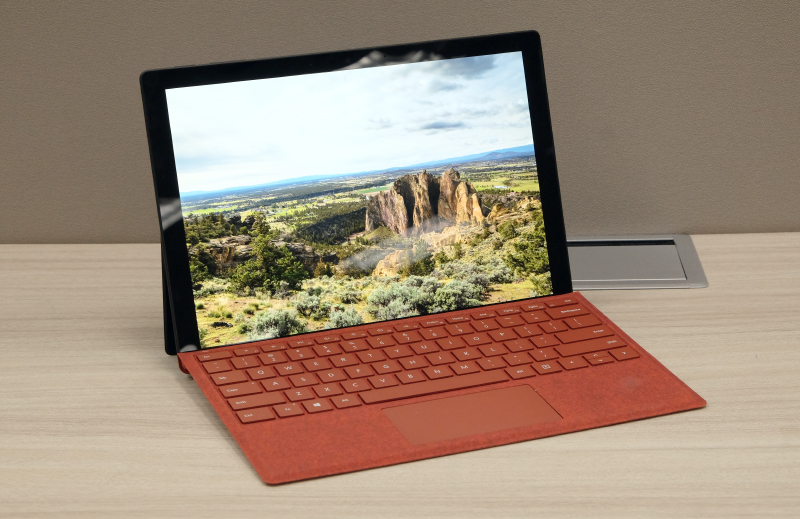 However, if you are not set on a detachable notebook, it would be foolish not to at least check out convertible notebooks like the Dell XPS 13 2-in-1 and HP Spectre x360. Granted, their tablet modes are compromised, but their built-in keyboards offer a better typing experience. If you type a lot, this is something to bear in mind. Moreover, the current crop of convertible notebooks is much more comfortable to be used as tablets, because they have never been this compact or light.

To end, the Surface Pro 7 is still the detachable notebook to get, but its aged design and high price mean it’s harder to recommend it outright especially when there is no shortage of options.

If you're set on getting the Surface Pro 7, head over here to start your purchase journey!

Write a Review
Compare This | Specifications
USB-C, finally
Nice display
Compact and super portable
Good all-round performance
Class-leading build quality
Power efficient, decent battery life
Starting to look dated
Only one USB-C and USB-A port
No Thunderbolt 3 support
Accessories are not included and pricey
Our articles may contain affiliate links. If you buy through these links, we may earn a small commission.
Sponsored Links