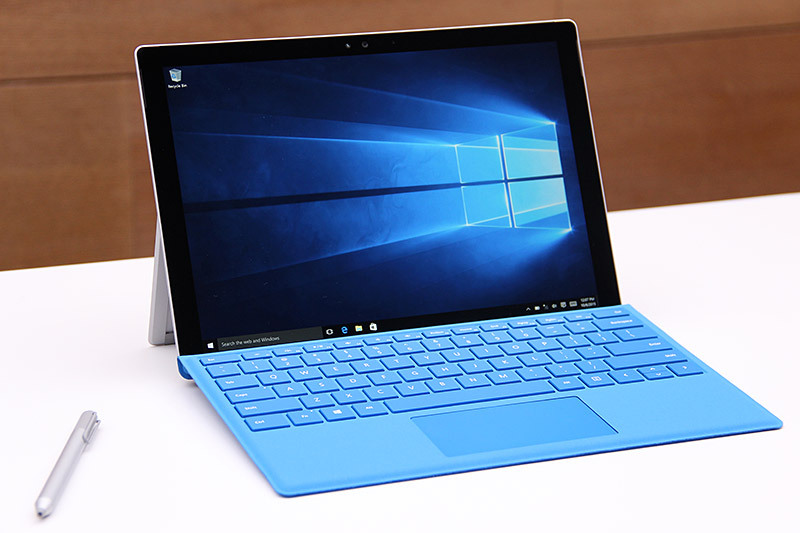 The Surface Pro 4 may look a lot like the Surface Pro 3, but it enters quite a different market than its predecessor did slightly over a year ago. Back then, Microsoft still had a lot to prove. The parade of flawed and unpopular iterations that came before it, including devices like the Surface RT and Surface Pro, meant that Microsoft needed to acquit itself of a lot and convince customers that the line between tablet and notebook was actually a false divide.

And convince us it did. The Surface Pro 3 was a veritable notebook killer, inspiring a host of other similar devices from other brands, the latest versions of which include the likes of the HP Spectre x2 and Lenovo Miix 700.

With the Surface Pro 4, Microsoft instead faces a different kind of pressure with an audience that is already sold on the device – that of improving on an already great product and satisfying consumers who have waited a long while for its successor.

Let’s just say that it’s something of an understatement when we say that we’ve waited a long time for the Surface Pro 4. It’s understandable that Microsoft wanted to wait to include the new Intel Skylake processors in its new hybrid device, but the Surface Pro 3 was released in May 2014, a lifetime ago in the timeline of yearly product refreshes. There was even one false start earlier this year when the rumor mill came alive with whispers of a new Surface device, which turned out to be just the Surface 3, a lower powered version of the Surface Pro 3 that came with more tamer features like an Intel Atom processor and eMMC flash memory instead of a full-fledged mSATA SSD (bummer).

But now we finally have the real deal in our hands and for quite some time now to really use it out in the field and bring you our real world experience. And by all initial appearances, the Surface Pro 4 has already succeeded in what it set out to do. 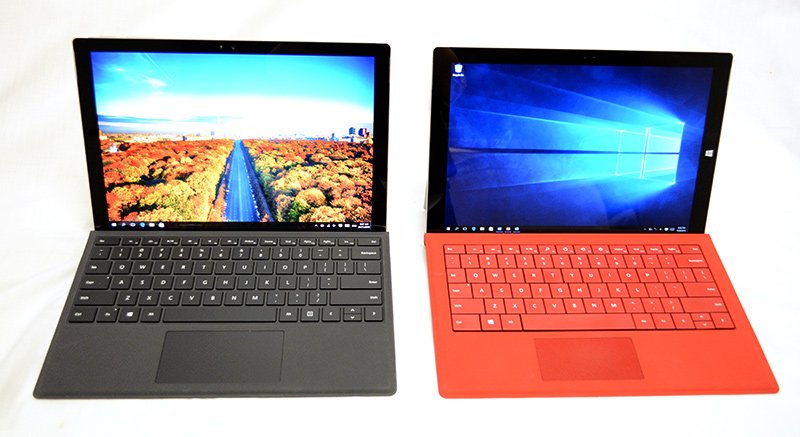 At first glance, you’d be hard-pressed to tell the Surface Pro 4 apart from its predecessor. They use the same impeccably constructed magnesium alloy bodies and are even the same size, with both measuring 201 x 292mm. Sure, there are certain minor aesthetic changes, like the removal of the Windows logo from the border for a cleaner look (although that’s really because of Windows 10 and the resurgent place of the Start button), but what Microsoft has done is really to make subtle upgrades to nearly every aspect of the device, that when taken as a whole, creates quite a compelling upgrade option. The whole is greater than the sum of its parts after all.

For starters, despite being the same in length and width, the Surface Pro 4 is actually thinner (8.5mm vs 9.1mm) and slightly lighter (786g vs. 800g) than the Surface Pro 3. However, in real-world use, the difference is frankly neigh impossible to perceive, although it’s possible that more sensitive folks might notice the improvement.

The new 12.3-inch PixelSense display has a resolution of 2,736 x 1,824 pixels, giving it a pixel density of 267ppi and the same 3:2 aspect ratio of the Surface Pro 3. However, it’s actually an upgrade over its predecessor as the latter tablet has a lower resolution 12-inch screen of 2,160 x 1,440, which translates into a pixel density of 216ppi. The screen is also uses a sheet of Gorilla Glass 4, compared to Gorilla Glass 3 on the Surface Pro 3, so you’re really getting all the latest parts in this machine.

That’s not all though, and the new display is also noticeably brighter and sports a reduced parallax distance – the separation between the surface of the screen and the display panel below – which means a shorter distance between the Surface Pen’s tip and digital ink. You’ll get a more natural and responsive writing experience as a result, which is helped along by the use of a new G5 touch controller, the product of Microsoft’s acquisition of Israeli company N-trig earlier this year. The G5 controller reportedly uses GPU-based computation for processing touch input as opposed to application-specific methods, which allows even lower latencies and a better writing experience.

But in order to increase the screen size without actually making the device larger, Microsoft has gone with a narrower bezel to accommodate the larger display, a move that we wholeheartedly endorse. The 3:2 aspect ratio makes it great for productivity tasks like working on documents and spreadsheets, but less ideal for entertainment purposes like watching movies. Still, the Surface Pro 4 is primarily a business device (it even ships with Windows 10 Pro), which is why Microsoft is prioritizing work applications above others. 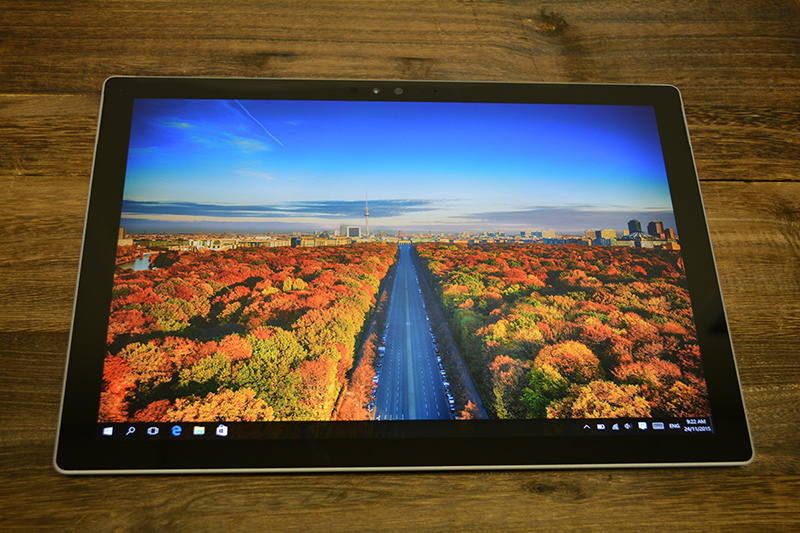 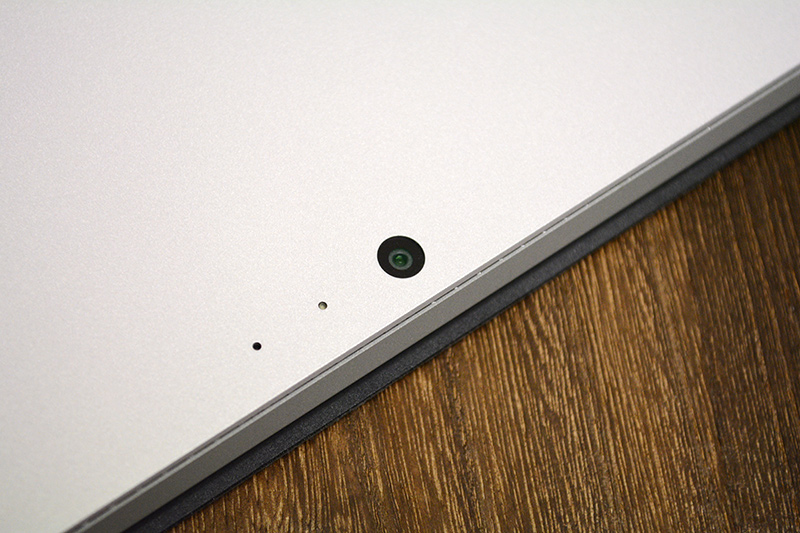 And here’s the front camera apparatus, which features a 5-megapixel webcam alongside two other peepholes, presumably for infrared facial recognition for use with Windows Hello. The smaller opening apart from the rest is another microphone. 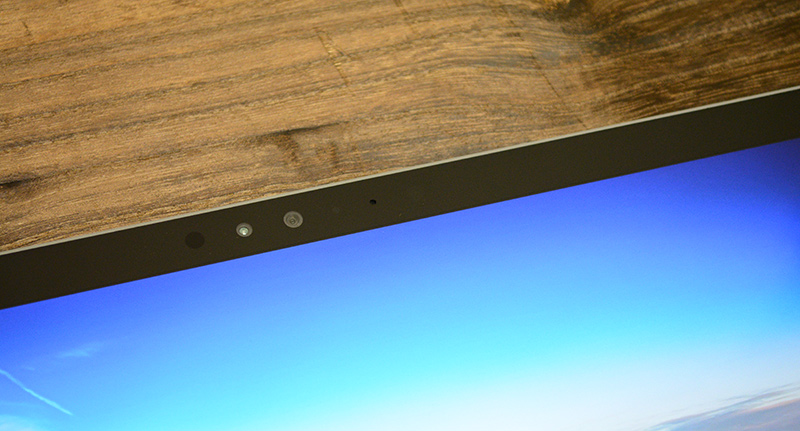 Wireless connectivity is handled by a Marvell Avastar 88W8897 chip that combines support for 2x2 MIMO spatial multiplexing, NFC, and Bluetooth 4.2, the same as that found on the Surface Pro 3 and Surface 3.

There are no major differences compared to the Surface Pro 3 in terms of port layout and selection, although the volume rocker has now been shifted beside the power button on the device’s length. 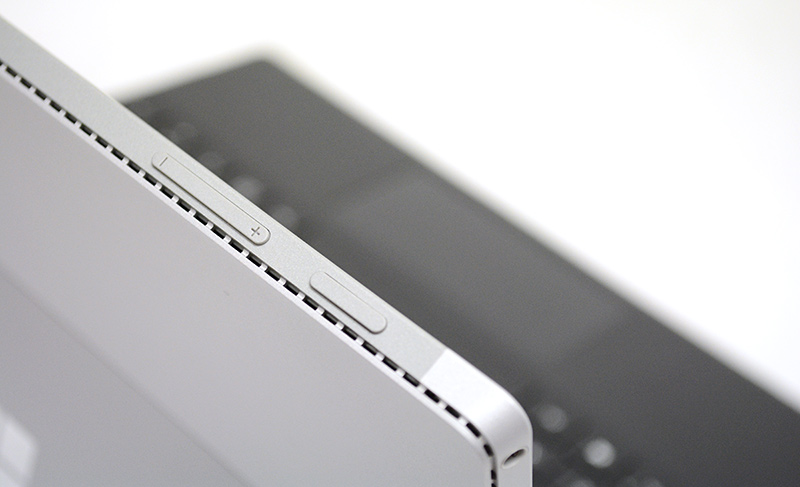 Other than that, there is the same selection of one USB 3.0 port, one mini DisplayPort connector, one microSD card slot under the kickstand, and a 3.5mm headphone jack, all in the same place as they were with before. The reversible charging port also remains unchanged. 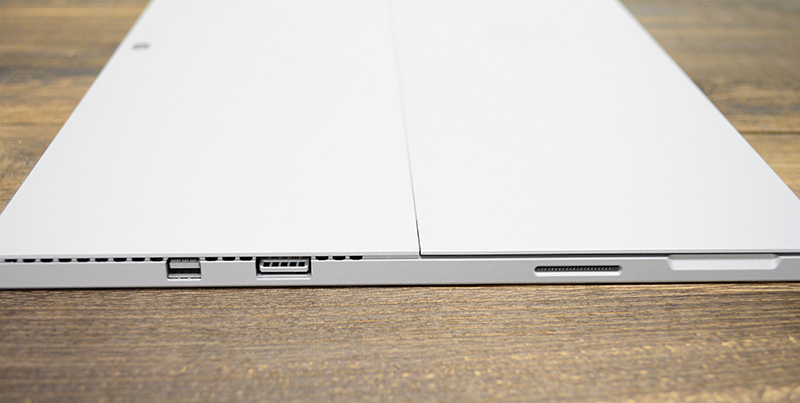 There’s actually a reason why Microsoft left everything untouched but chose to relocate the volume button. That’s because it wanted to leave the left edge of the tablet bare in order to create a magnetized surface to which you could attach the included Surface Pen. As it turns out, this works quite well, and the magnets feel sufficiently strong without making it excessively hard to detach the pen. Sure, it may be slightly more intuitive to use the volume rocker in its previous vertical orientation, but the convenience of being able to attach the Surface Pen to the tablet’s side more than makes up for this (you can also attach the new pen to the Surface Pro 3’s side, but it is a lot less secure).

Our review unit of the Surface Pro 4 came with the new sixth-generation Intel Core i5-6300U processor, 8GB of LPDDR3 RAM, and a 256GB Samsung-branded NVMe M.2 SSD, which arguably puts it in the middle of the pack of all possible configurations. The base model starts with a 4.5-watt Intel Core m3-6Y30 processor, while the top model can be equipped with a 15-watt Intel Core i7-6650U processor with Intel Iris graphics and 16GB of RAM.

Here’s a table summarizing the available specifications and their prices:

Compared to the fourth-generation Core i5-4300U processor (1.9GHz, 3MB L3 cache) found on the equivalently configured Surface Pro 3, the newer Skylake processor should offer more performance-per-watt, even if they have the same Thermal Design Power (TDP) of 15 watts. As we’ll see later, this was borne out in our battery tests, where the more powerful Surface Pro 4 lasted a bit longer than the Surface Pro 3 despite its smaller battery capacity (39Wh vs. 42 Wh).

Incidentally, this marks the first time when Microsoft has cut down on the battery capacity since releasing the first Surface Pro, and the smaller battery might have been a necessary trade-off in the process of making the device slimmer. However, as it turns out, the improved efficiency of Intel’s Skylake processors may very well compensate for the slight drop off in capacity, although your mileage may vary.

A word about cooling 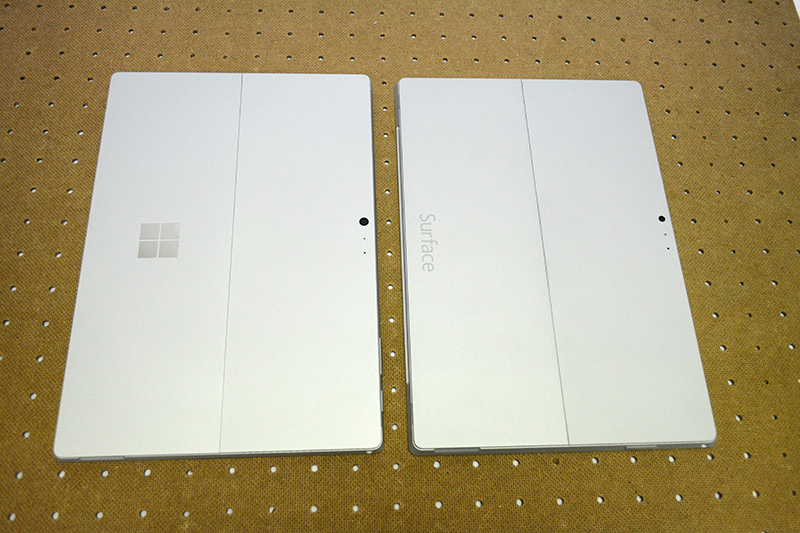 Other than upgrading the innards of the Surface Pro 4 and putting on various polishing touches, Microsoft has also dug deeper and installed a new cooling system to keep its latest tablet running cool. A teardown of one unit revealed a so-called hybrid cooling system, where two different systems – one active, one passive – worked to draw heat away from the CPU. The larger copper plate between the display and battery unit essentially serves as a passive heatsink, helping dissipate heat from the CPU across a larger surface area.

To the left of the copper block is a fan that kicks in under more demanding workloads, drawing heat through the second heatpipe and expelling it out of vents that run along the upper edges of the device. Since we had the Core i5 version of the tablet, we got to feel the fan kicking in at times, but one thing to note is that the Core m3 version lacks the fan and relies solely on passive cooling.

How is this better than the Surface Pro 3? Well, other than providing more powerful cooling that should help prevent performance throttling, the dual cooling system on the Surface Pro 4 should also distribute heat more evenly instead of concentrating it in one area, which some Surface Pro 3 users found it be an issue when they reported excessive heat in the upper right quadrant of the tablet.