Note: This article was first published on 6th March 2018. 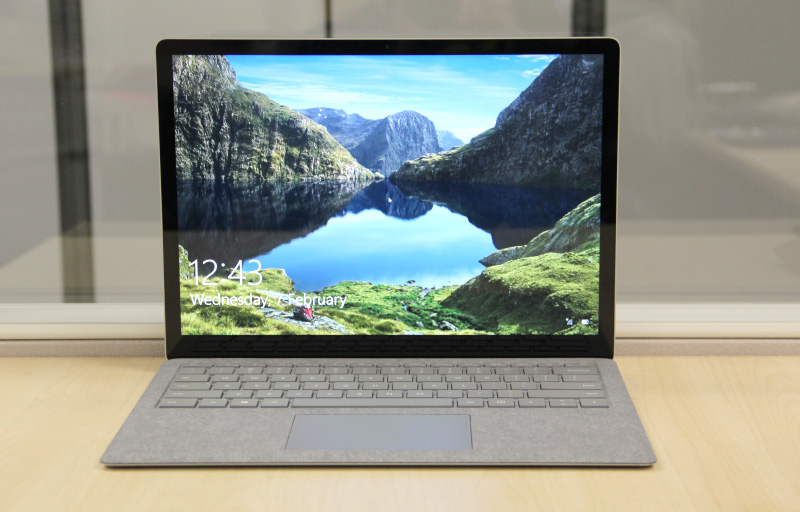 What’s a Surface Laptop and what’s the big deal?

The Surface Laptop is a laptop. But more importantly, it is Microsoft’s first conventional laptop. It still has a touchscreen, but that is now fixed to a non-removable keyboard - just like a regular laptop.

Like Microsoft’s other Surface devices, the Surface Laptop is a machine targeted at the premium market. To that end, it features a keyboard covered with Alcantara - the same material used luxury cars and also Microsoft’s Signature Type cover keyboard for the Surface Pro. This also makes it stand out from the rest from its rivals in the crowded premium ultraportable laptop space. Finally, it comes in four colors - platinum, cobalt blue, graphite gold, and burgundy - but only platinum is available in Singapore. Hopefully, Microsoft will make the other colors available at a later date.

The other big deal is that the Surface Laptop doesn’t run Windows 10, it runs Windows 10 S.

Windows 10 S is a slightly stripped down version with some important restrictions. It isn’t as terrible as Windows RT (remember that?) but we think it is no less insidious. Windows 10 S was designed primarily for low-end devices in the education market. Windows 10 S has a faster setup and login process, but most importantly, only allows users to install apps from the Windows Store. This means you cannot use other browsers like Chrome, Firefox, or Opera. You also cannot use all the other apps that you might be accustomed to but isn’t available in the Windows Store like iTunes, Adobe Photoshop, Steam, and many more. We have a more detailed post about the two OSes here.

Right, so is the Surface Laptop good-looking? 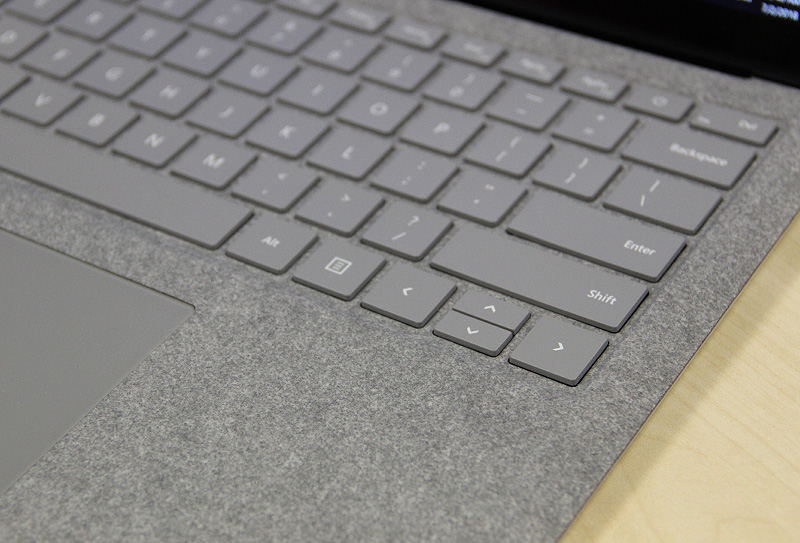 As the old saying goes, “Beauty is in the eye of the beholder.” However, most people that I showed the Surface Laptop to thought that it looked pretty good. They also praised its construction and said that it looked and felt like a premium notebook. Much of this is because of its keyboard, which is covered with Alcantara.

Personally, I like it looks sharp and modern. The aluminum chassis is nicely finished and I like the simple but effective Windows logo on the back of the display. It doesn’t light up but there’s no mistaking the Surface Laptop for anything else other than a Microsoft notebook.

It’s a material that feels like suede. According to Wikipedia, it was developed in the early 70s by a Japanese scientist. It feels soft to the touch. But more importantly, its texture and appearance lend it well to luxury applications. Today, it can be found in the interior of luxury cars like BMW, Lamborghini, and Porsche. In the fashion realm, Louis Vuitton is extremely fond of using Alcantara as interior lining for its bags. In the computing scene, it was first introduced as a finish for the Surface 4 Pro Type Cover.

How thin and light is it? 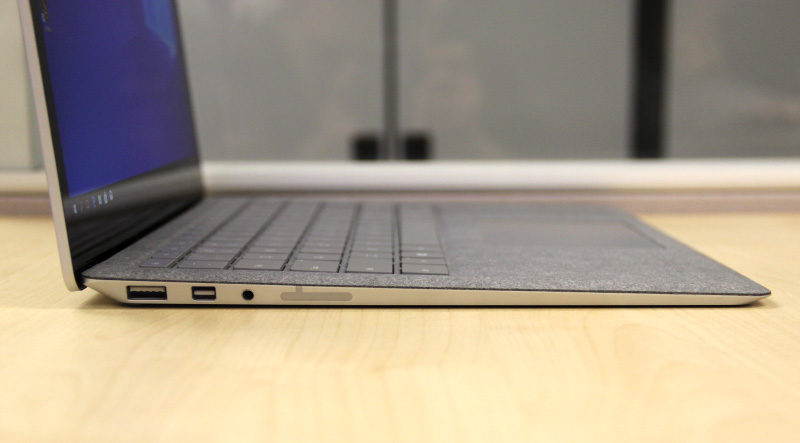 By modern ultraportable standards, the Surface Laptop is actually a little chunky. It weighs 1.25kg and measures 14.47mm thick. Fairly good numbers, but it is noticeably bulkier when compared to rivals like the HP Spectre, which is only 1.1kg and 10.4mm thin. ASUS’ ZenBook 3 Deluxe, which has a slightly larger 14-inch display, is also 1.1kg and just 12.9mm thick. Still, these numbers only tell part of the story. We’ll talk about battery life later. 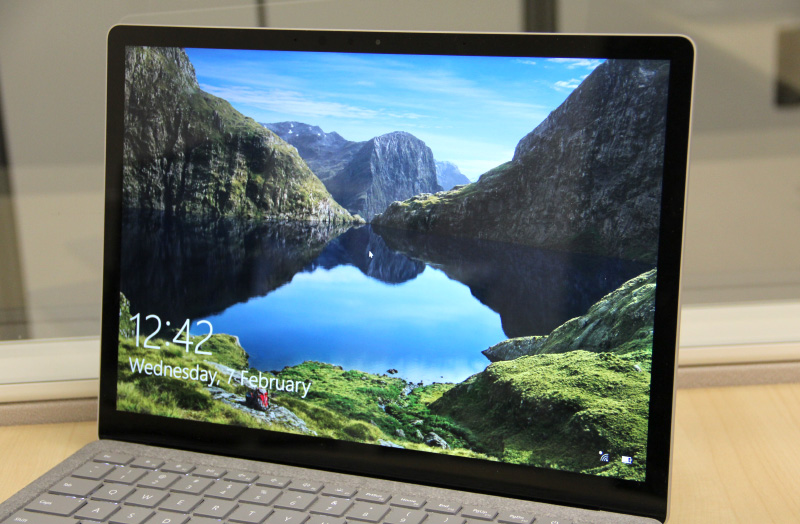 It’s really good. The Surface Laptop has a 13.5-inch PixelSense display that supports a resolution of 2,256 x 1,504 pixels. It’s not quite as sharp as the Surface Pro’s display, but it is really hard to tell unless you place them both side by side and look really hard. Colors are crisp and vivid. Our biggest gripe is that the glossy finish can make it a bit hard to see in brightly lit places and outdoors. It’s touch-enabled, of course, and it is also protected against scratches by Corning Gorilla Glass.

It’s a fin-style connector that most people think is only for power. It’s more than that. The Surface Dock connects via the Surface Connect port and provides not only power, but also additional USB ports, mini-DisplayPorts, and Gigabit Ethernet connectivity. Essentially, it is Microsoft’s own high-bandwidth interface/connector. However, Microsoft has been very secretive about it and there are very few accessories that actually support it so we don’t know its full specifications or capabilities yet.

Also, how’s the keyboard and trackpad? 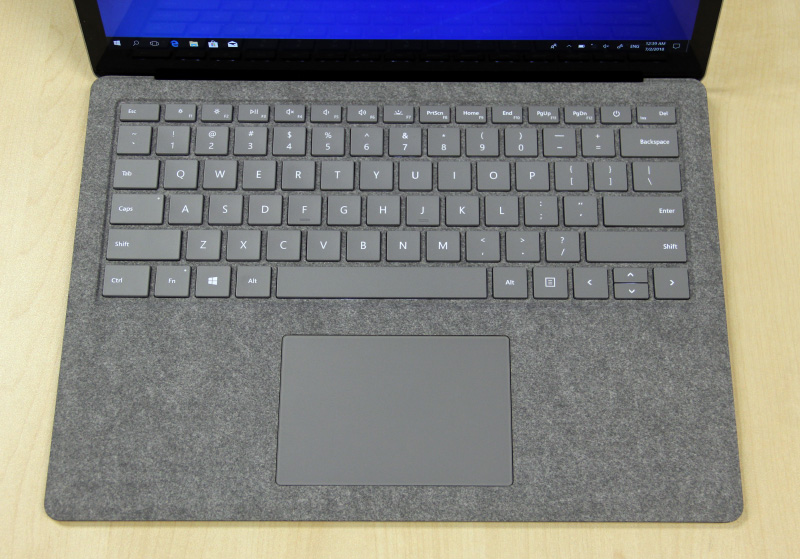 The keyboard is mostly good. The keys are well-sized and the layout is conventional and sensible. More importantly, it has a nice tactile feel. The HP Spectre’s keyboard is arguably the best amongst all ultraportable notebooks, but the Surface Laptop comes quite close and I feel that it only loses out marginally because the keys feel a bit lighter than what I would have liked. The wedge shape of the notebook also means the keyboard is slightly angled towards you when you type and that's a nice touch. One thing to note is that the keyboard flexes a little and it is noticeable if you, like me, type with heavy strokes.

The trackpad is excellent for a Windows laptops. Because of driver issues, some Windows laptops have trackpads that are prone to erratic behavior, but I experienced no such thing with the Surface Laptop. It tracked straight and true and was very responsive to my inputs.