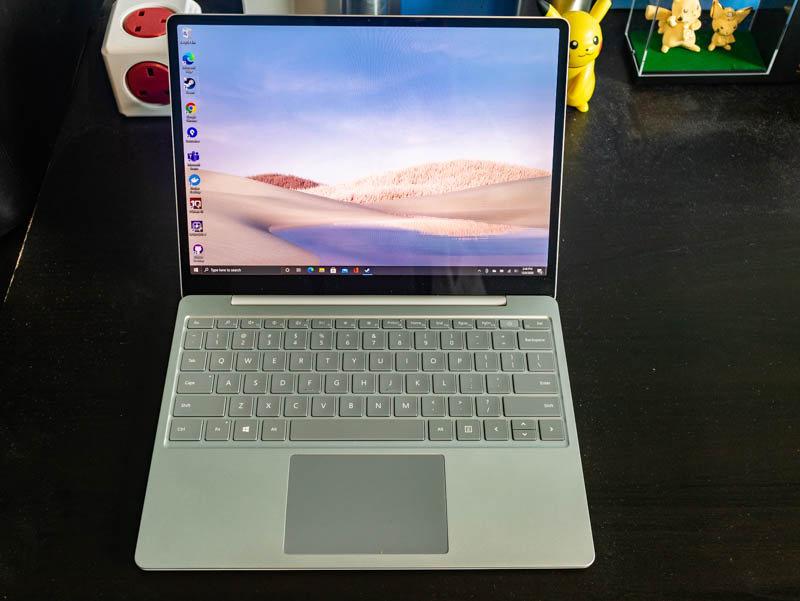 Wait, what? Another Surface series?

Microsoft has been churning out Surface devices since 2012, and from the single Surface product SKU in its early years, they have forked out to offer a diverse series of devices. Before we delve into what the Surface Laptop Go is about, here’s a rough timeline of how the Surface family has evolved (excluding the B2B-targeted series):

With so many models, it would seem Microsoft has every computing need covered - until they probably realised the Surface Go with its low powered processor was delivering more of a Windows on a tablet experience than as a serious notebook consideration for those on a budget.

To remedy what the Surface Go couldn't fulfil, the Surface Laptop Go was launched in late 2020 to offer a better entry-level, thin and light notebook offering in a standard notebook form factor with just a single processor choice to simply its positioning:-

While the new Surface Laptop Go seems like a more powerful notebook of choice for basic productivity needs, its larger 12.45-inch PixelSense Display packs a lower resolution screen than the Surface Go or Surface Laptop. Let's explore how this new offering from Microsoft stands up and is the reduced screen resolution of any concern. 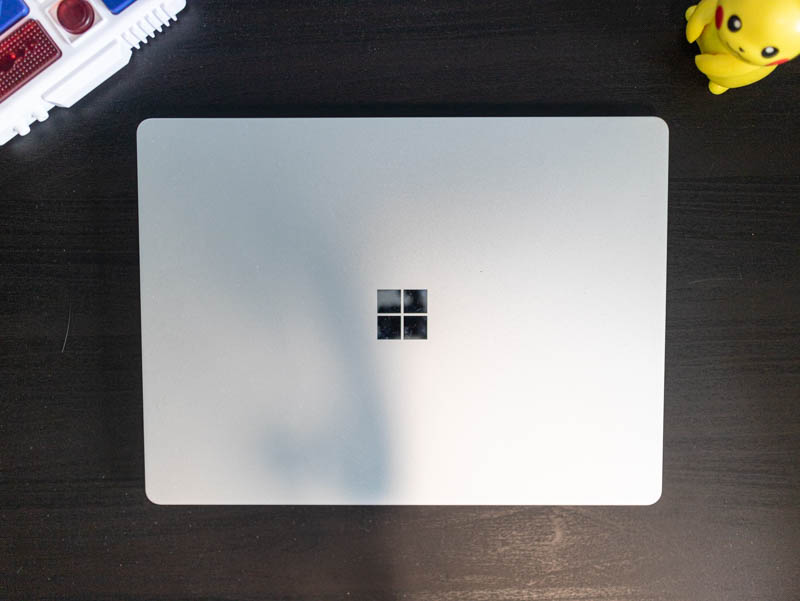 At first glance, it looks like it has more in common to the regular Surface Laptop series, whilst in fact, it has become slightly smaller. Measuring at 278 x 206 x 15.69mm, it is a few centimetres smaller than the Laptop counterparts, partially due to its reduced screen size. It is, however, substantially thicker than the Laptop series (14.5mm) and other recent similar offerings, such as the ASUS ZenBook 14 Ultralight (14.9mm). It weighs 1.1kg, which is not the lightest ultraportable you can get in the market, but at its price range of S$868 - S$1,388, it is one of the lightest in its class.

Like the Laptop series, the Laptop Go offers Microsoft's iconic tri-colour options, Ice Blue, Sandstone, and Platinum. The review unit that I have is of the Platinum variant. The base is made of polycarbonate, whilst the top case and keyboard surface use aluminium. Unlike the Laptop series, there is no Alcantara finish for the keyboard, a soft microfibre-like material used on the keyboards of some Surface devices. As such, the keyboard and palm rest area is a bare metal finish that looks good and is easier to maintain even if it might feel colder to the touch. While the polycarbonate base makes the Surface Laptop Go feel rather ordinary while clutching and handling it, thankfully, the aluminium finish on the top side adds a premium feel to the device.

As mentioned earlier, the Surface Laptop Go comes with a 12.45-inch PixelSense touchscreen with pretty slim bezels that I almost had to question where the 720p webcam went (which is fortunately present within the top bezel of the display). The “Go” -ness of the Laptop Go is in its native screen resolution of 1,536 x 1,024 pixels, yielding a pixel density of just 148 PPI. This resolution is not Full HD (2K res) and a far cry from the Laptop 3 series sporting a larger and higher pixel density screen with 2,496 x 1,664 pixels (or 201 PPI). Even the tablet-like Surface Go 2 sports a higher resolution screen (1,920 x 1,280 pixels). Despite that, the screen on the Surface Laptop Go still looks brilliant and beautiful, no doubt thanks to the PixelSense screen technology. So if you aren't a stickler for scrutinising details, you'll have no issues working with this screen. Besides, don't forget that its screen size is sub-13-inch.

Following its other Surface brothers, this new variant also follows a 3:2 screen aspect ratio, which translates to more vertical screen space, perfect for browsing (like your social media feeds), reading (our forums perhaps?) and many office-oriented tasks. 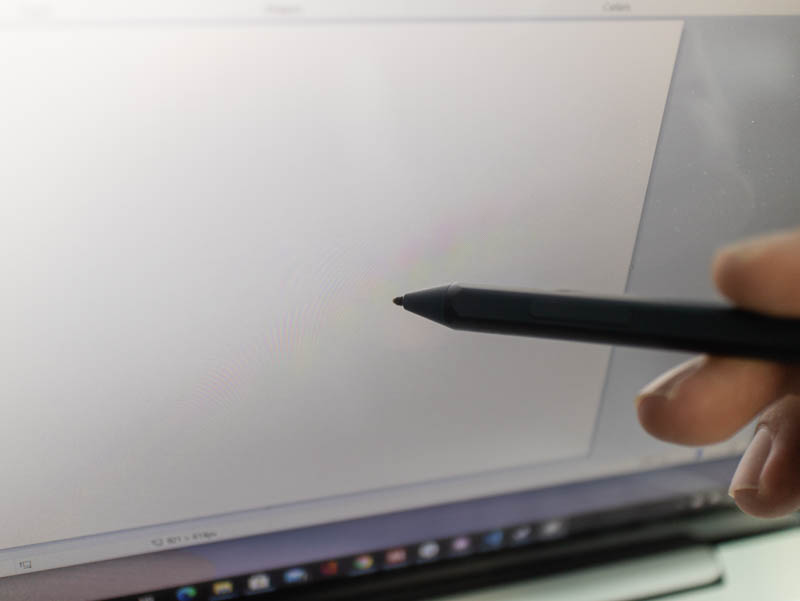 Unfortunately, one drawback of the Laptop Go’s screen, in comparison to its counterparts in other series, is the lack of support for the Microsoft Surface Pen. Now we can't quite put a finger on why this decision was made. If it is about costs - the cheaper Surface Go series supports it. If it is about forgoing such a feature for a traditional laptop build - the Surface Laptop series supports it. As such, it is perplexing as to why a small, but useful feature is left out of the Laptop Go model that would better differentiate itself from options in the non-Microsoft stable. 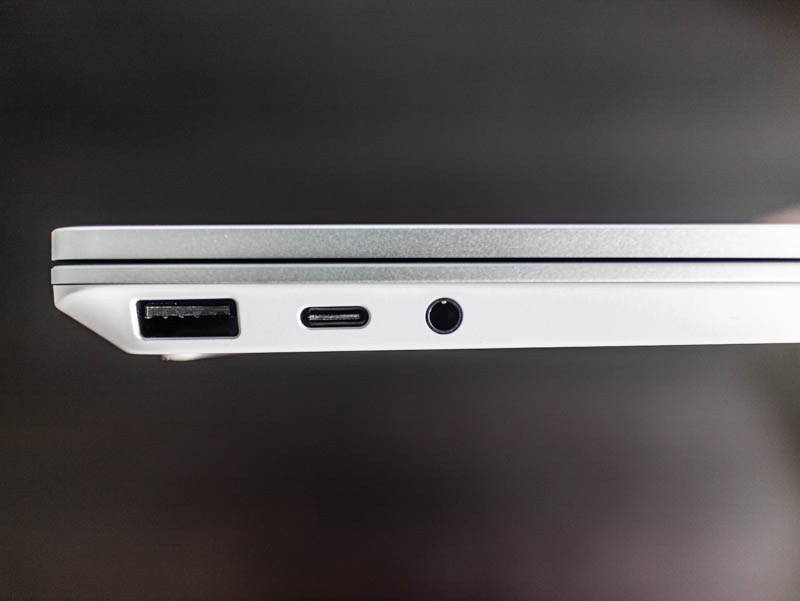 Keeping in the spirit of maintaining a minimal look on their Surface devices, the Surface Laptop Go comes with bare minimum port options. On the left side of the device, you'll find 1x USB 3.1 Type-A port, 1x USB Type-C port, and a 3.5mm headphone jack, while a Surface Connect port sits on the right side… and that is all. For more ports or HDMI connectivity, get a USB-C dongle or a S$388 Surface Dock 2 that uses the Surface Connect port to offer six USB ports and a Gigabit LAN port. Further to these, the Surface Laptop Go supports the latest wireless connectivity standards like Wi-Fi 6 and Bluetooth 5.0 for more options.

Just like many of its latest Surface offerings, the Surface Laptop Go can be charged either with the Surface Connect port (the default supplied charger), or through the USB-C port using USB Power Delivery (PD) compatible chargers. This is very useful in a scenario like mine where my house, office, and car are strewn with USB-PD chargers (at my own cost no less), and hence having the option to charge through USB-C is very helpful. Not to mention, reduce the need to buy, manage or carry separate chargers and cables for different devices. 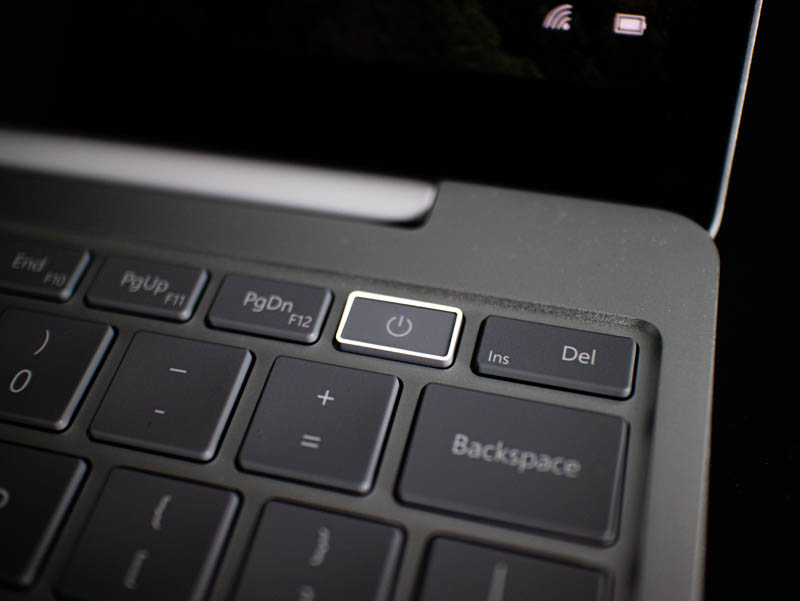 The keyboard is a full-size Chiclet-style keyboard with 1.3mm key travel. At first glance, it looks like every other Surface keyboard. Looking closer at the top row, however, and you would see that it differs slightly from other Surface keyboards. For one, there is a “Find” key residing with the F1 key instead of the keyboard backlight key because the Surface Laptop Go lacks this feature. Next, the power button looks different because it also doubles up as a fingerprint reader for Microsoft’s Windows Hello login.

The trackpad is generously large for a device of its size and ample for daily use, just like the other recent Surface devices and Apple’s Macbook. It measures 115 x 76.66mm and supports five-point multitouch gestures.

Windows 10 S mode (and disabling it) 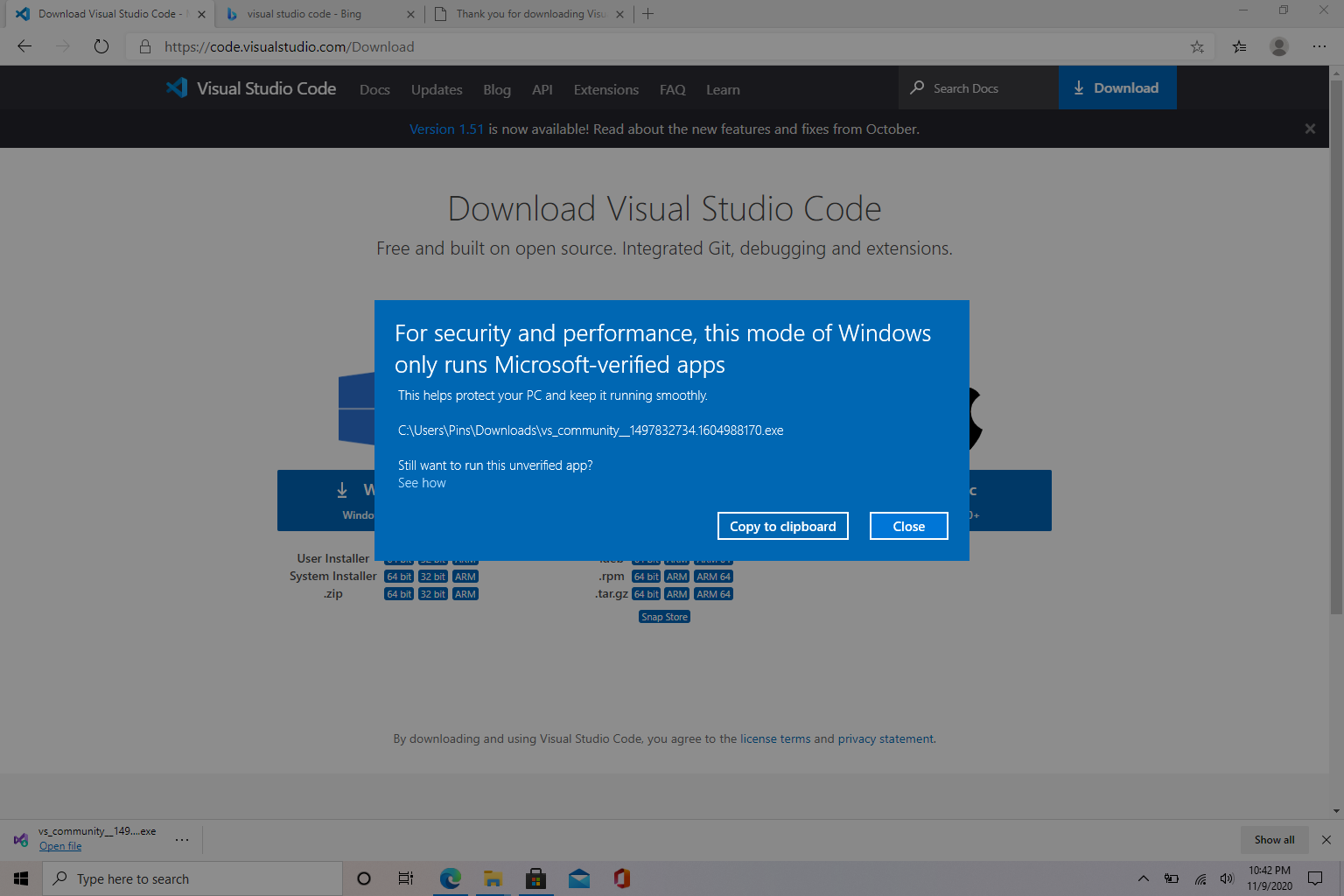 Microsoft ships the “S” mode of Windows 10 out of every Go-branded device, and the Surface Laptop Go is no exception. We briefly covered the Windows 10 S mode in our Surface Go review. Basically, S mode is a locked-down version of Windows, in which one can only install apps via the Microsoft Store, and you cannot run command-line tools and other power user functions. Whilst we would like to see how the battery performance is like in S mode vis-a-vis in normal mode, we have determined in the previous Surface Go review that there is a negligible difference. Also, we needed to exit S mode in order to install our required benchmarks and various real-life productivity tools. Hence, right after exploring S mode limitations, we switched out of S mode.

Note that switching out of S mode is a one-way process, and once exited, you can never return back to S mode but trust us, you will never see the need to return back to S mode once you exit it. How do you make this change? Just go to System, and find “change product key to Windows 10 Home/Pro”.

While the overall Windows experience on the Laptop Go is the same as other Surface devices, one major difference is the use of fingerprint as a way of biometric authentication for Windows Hello. Whilst not entirely novel across all Windows machines, Surface Laptop Go is the first Surface device that eschews facial recognition in favour of fingerprint authentication. It is a welcomed change, especially in this pandemic, mask-wearing era.

Write a Review
Compare This | Specifications
Lightweight and portable
Fingerprint biometrics-based power button single sign-on
Touchscreen display for its price
Overall performance and value
No Surface pen support
Screen resolution is a little low
No face recognition for Windows Hello login
Our articles may contain affiliate links. If you buy through these links, we may earn a small commission.
Sponsored Links