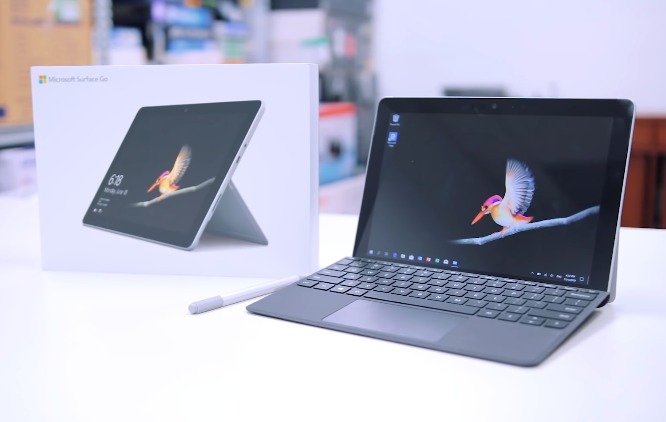 The return of the small Surface

Microsoft’s first stab of the budget Surface models ran on ARM-based NVIDIA processors and ran on Windows RT, a highly restricted version of Windows 8 geared for ARM devices. However, sales didn’t work out well for their ARM experiment, as users can only install programs via Windows Store and it lacked essential productivity programs. In 2015, Microsoft ditched ARM and fell back to traditional x86 compute architecture when they released the Surface 3, the little brother to the well-received Surface Pro 3. It ran on a full version of Windows 8.1 operating system (and later Windows 10), and with a sub-S$1000 pricing, it was popular. So much so, many enthusiasts felt the Surface notebook family was incomplete when Microsoft released the Surface Pro 4 and later the Surface Pro (2017) models without a successor to smaller and more portable Surface 3.

In 2018, they finally released a compact Surface, dubbed the Surface Go. While it has been available in retail since the last quarter of 2018, it wasn't until much more recently that we had review units made available, thus our current review.

Before we dive in, here's a video overview from another colleague at HardwareZone:-

Note that Microsoft has released two variants of Surface Go: 4GB RAM with 64Gb eMMC storage, and 8GB RAM with a 128GB SSD. The set that I've at hand is the more powerful latter variant that should be more versatile to handle a wider set of tasks and expectations of a compact notebook.

Everything new and notable on the Surface Go

While many OEM budget convertible notebooks are still powered by Intel Atom processor variants, the Surface Go runs on an Intel Pentium Gold series processor. Pentium Gold is a new series of low-powered budget processors announced by Intel late in 2017. It’s based on the Kaby Lake micro-architecture, and is a 64-bit platform, thus marking the first 'budget' Surface from Microsoft that’s based on a modern desktop computing platform. It isn't cheap like the OEM budget convertibles, but you'll soon see that the Surface Go is a far more refined product in design and features than any of those budget options.

The Surface Go comes with a 10-inch, 3:2 aspect ratio, PixelSense display (1,800 x 1,200 pixels resolution), complete with an extremely wide viewing angle. This makes reading on Surface Go in tablet mode comfortable. Given the high resolution of the screen, it's also much sharper and crisper than the Full HD screen of the old Surface 3. 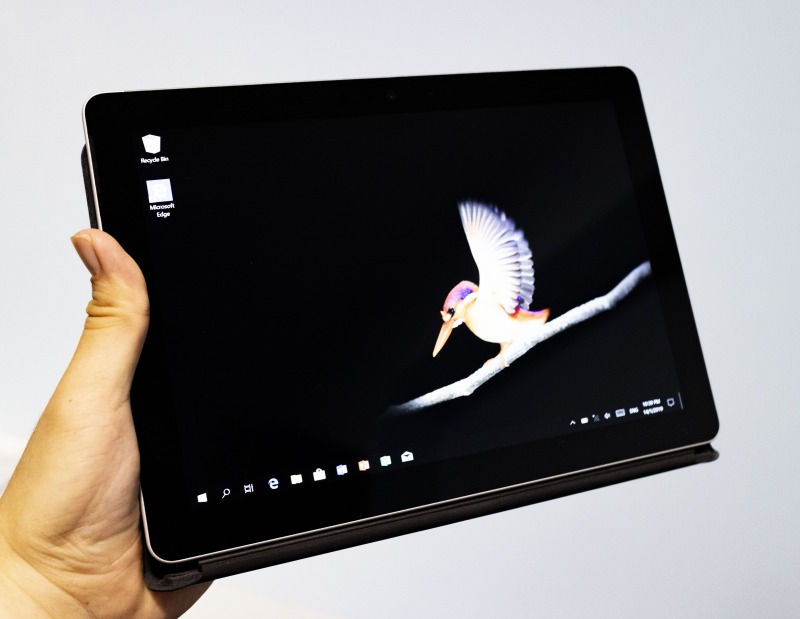 The Surface Go itself weighs just 522 grams, much lighter than the already portable Surface 3. Together with the optional keyboard’s weight of 243 grams, that's a total of just 765 grams, possibly making Surface Go the lightest modern laptop in the world, performance notwithstanding. With the tablet’s thickness at just 8.3mm and the optional keyboard at 4.6mm, the combined thickness of 12.9mm is thinner than most ultraportable notebooks. The relatively small surface area of 24.5 x 17.5cm ensures that the Surface Go easily fits into small pouches or bags, making it very portable. 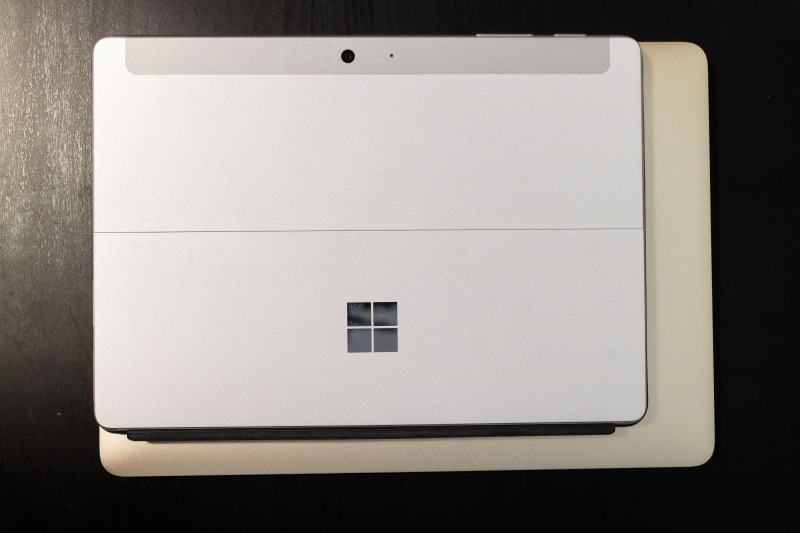 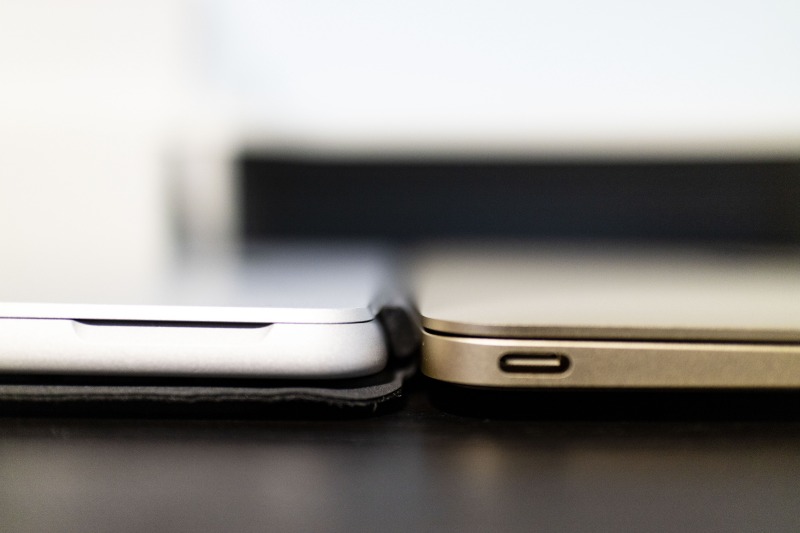 The old Surface 3 had too many ports; a micro-USB, a single USB Type-A, and a Mini Displayport. Taking cues from Apple to simplify connection options, Microsoft replaced all of the old ports with a single USB Type-C port. While this means you would have to shell out more money to buy dongles and adapters, it also means that these dongles can be reused with other USB-C devices, such as the iPad and various Android phones. Even Apple’s USB-C to HDMI Multiport Adapter works on the Surface Go.

The Surface Go continues its trend of offering expandable storage via a microSD card slot that's tucked neatly behind the kickstand as seen here:- 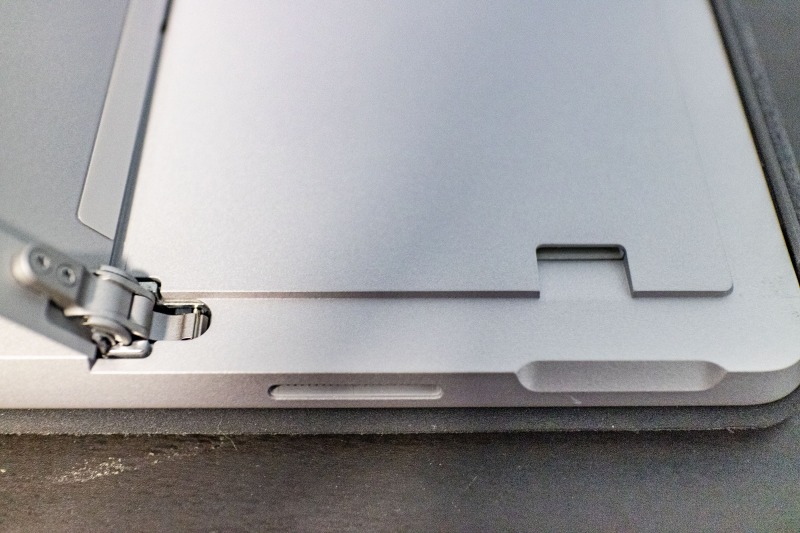 Just like Surface Pro, Surface Go offers a kickstand that can be tilted back up to 165 degrees. Microsoft calls this configuration “Studio Mode”, first implemented on the Surface Pro. Together with Surface Pen, Studio Mode allows users to use the tablet as a drawing board. 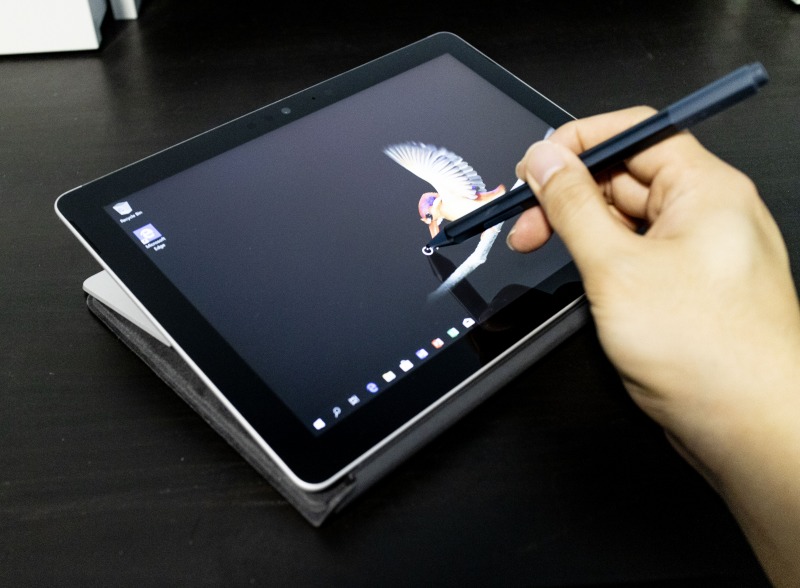 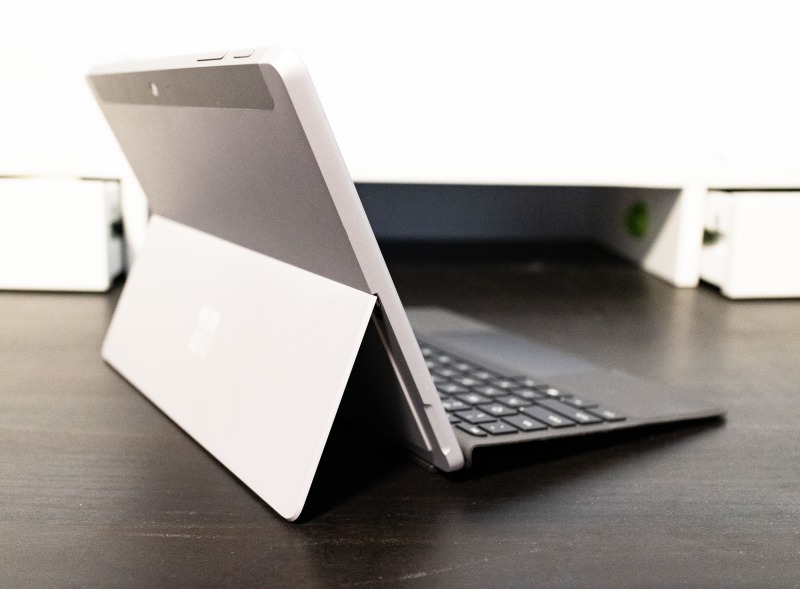 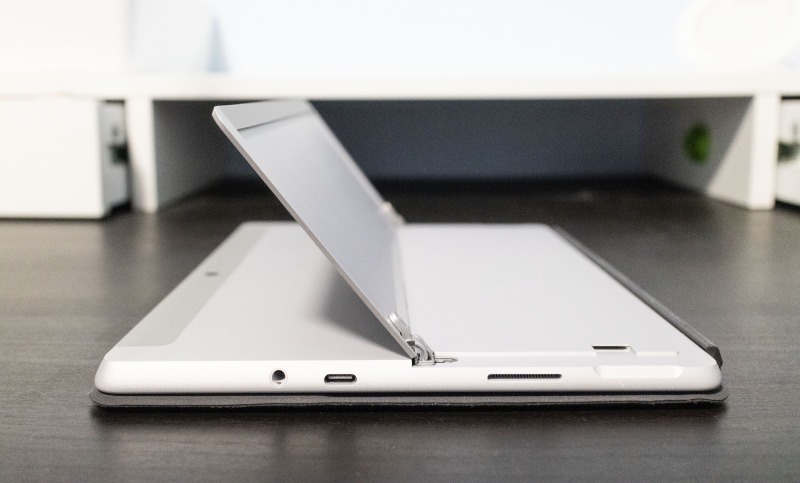 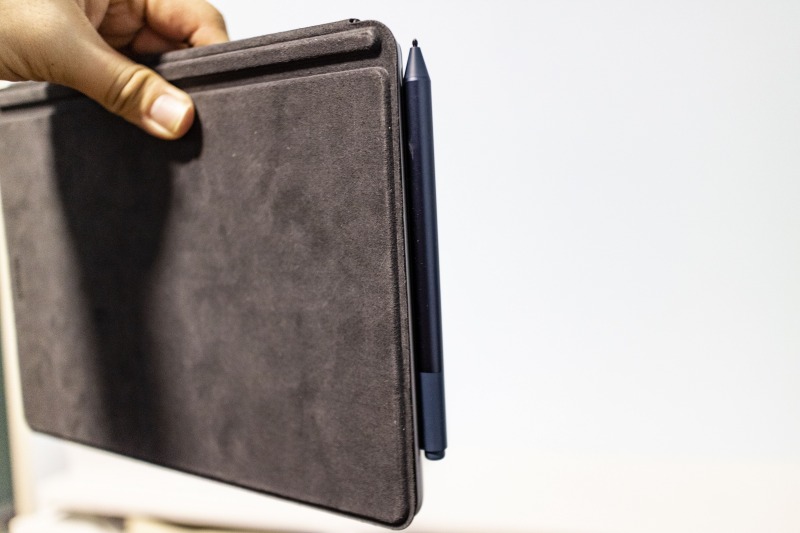 The old Surface 3 was given the ‘mobile device’ treatment; it charged via micro-USB. Surface Go uses Surface Connect, the same power adapter used in the Surface Pro family. 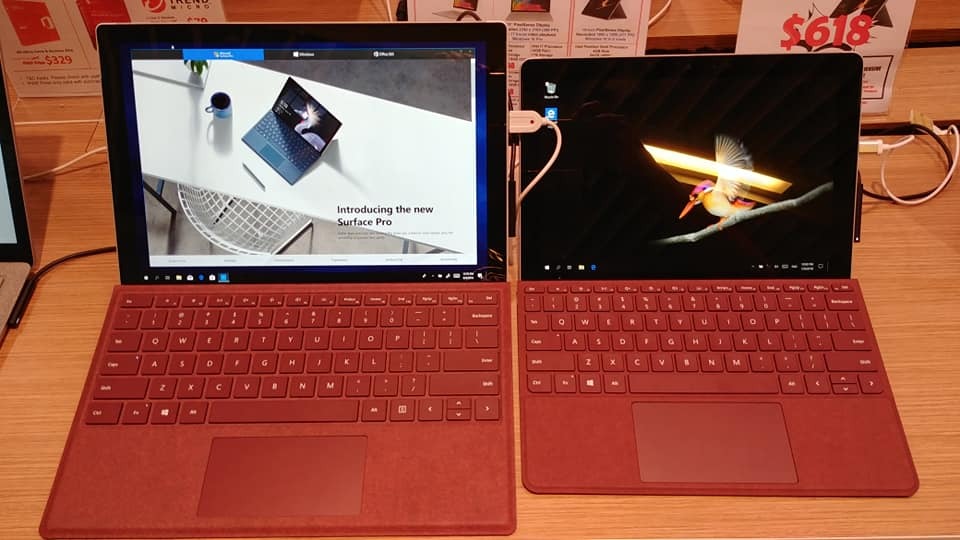 The key configuration is more ergonomic and closer to Apple’s top row of functional keys. The Surface Go keyboard also comes in Alcantara material, should you want a premium feel and look. As with most convertible notebooks, you can fold the keyboard all the way to the back and the user can hold the Surface Go like a tablet; any key presses on the keys will not register.

While the optional Type Cover of the Surface Go is much improved over its far older companion, take note that you'll still have to get used to the Surface Go if you're coming from a regular sized keyboard layout. Referring to the photo comparison above, note that both Type Covers add-on units retain almost all the keys. The only way you can retain all the keys and make the Type Cover compact enough to suit the Suface Go is by reducing the individual key sizes in addition to the alteration on the function key row. 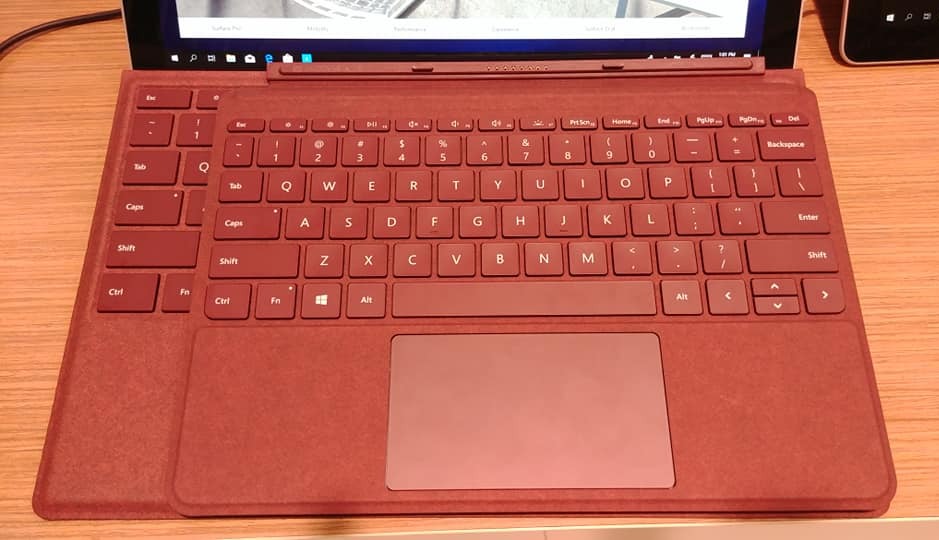 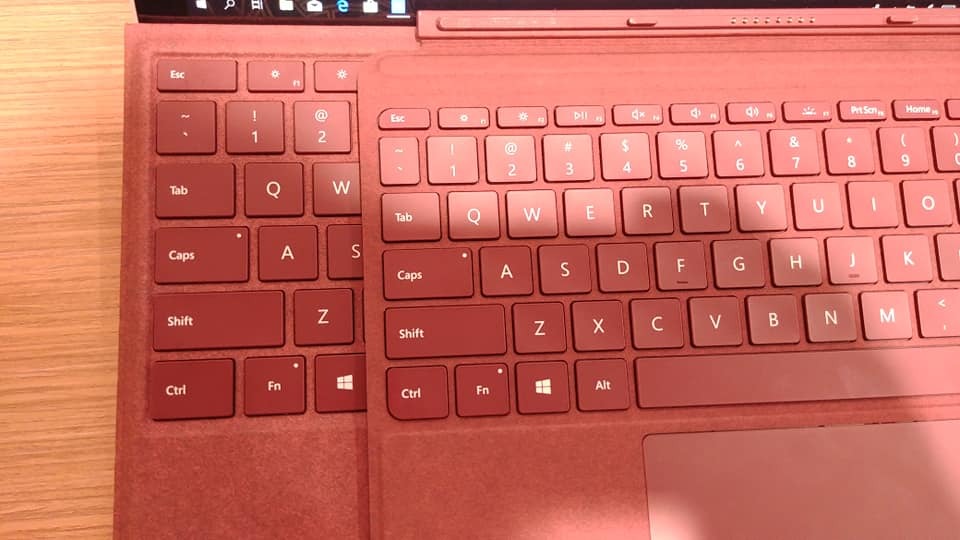 Simply said, if you've always used regular sized notebooks and their keyboards, and you intend to get the Surface Go for full productivity needs, you will have to adapt to a more cramped key layout. However, if you're upgrading from the Surface 3, you will appreciate the new keyboard design tremendously. It's one of those things you have to strike a compromise with such compact notebooks - you can't have it all unless you're ready to lug around a regular sized Bluetooth keyboard.

Surface Go runs Windows 10 S out of the box. In ‘S’ mode, many functions are limited, particularly installation of traditional applications. Instead, users can only install apps from the Windows Store. Microsoft claims that only by leaving Windows 10 in S mode, will Surface Go be able to achieve its potential and maximize battery life.

However, the selection of apps in Windows Store is seriously abysmal - even today. Due to very strict app submission policies, there are no other alternative browsers in the Windows Store for users to install, other than to use the default Microsoft Edge. You cannot even install many PC games. Major apps, such as 1Password and VLC, have stopped submitting updates to the Windows Store, preferring users to download directly from their websites instead. Yet, this will require users to exit S mode.

Good news though: it is easy for users to exit S mode and experience full Windows. Just go to System, and find “change product key to Windows 10 Home/Pro”. Note that this is one way change; to go back S mode again, you will have to reset the device. (Bonus tip: you will not see the need to revert back.)

Write a Review
Compare This | Specifications
Brilliant display
Slim and very light
Very compact and stowable
Excels in certain use-cases
Only 1 USB-C port
Type Cover and Surface Pen are optional
Performance could be better
Expensive
Our articles may contain affiliate links. If you buy through these links, we may earn a small commission.
Sponsored Links