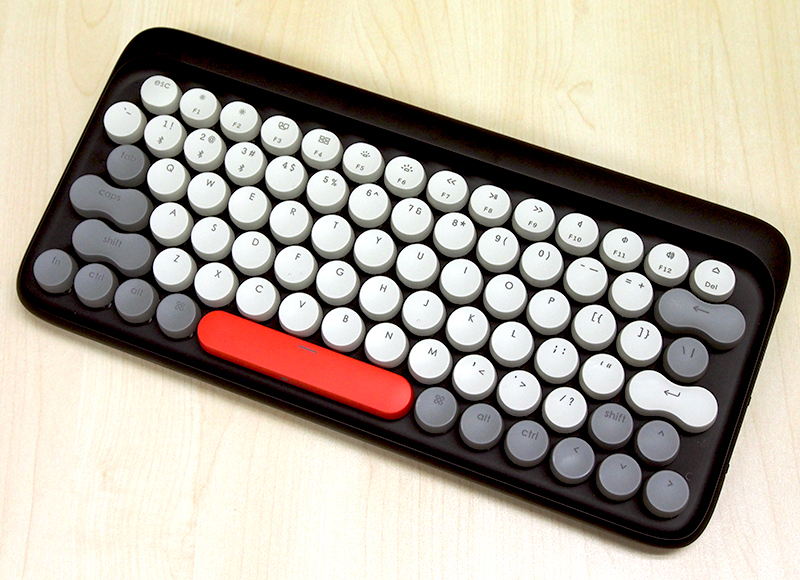 Lofree is back again with a new keyboard. Earlier this year, they burst on to the scene with their eponymous wireless mechanical keyboard on Indiegogo. It was only US$74 for early backers and it featured a stylish design, Mac-specific keys, and Gateron Blue switches. It sounded enticing and I couldn’t resist myself and ordered a set. I wasn’t the only one who was enamored by the Lofree keyboard, the campaign eventually raised over US$700,000, making it one of the most popular keyboards on Indiegogo.

The thing about the Lofree is this:-

Now that’s a rare thing. Windows users are spoilt for choice when it comes to mechanical keyboards, but Mac-specific ones are as rare as a unicorn. The Lofree scratched an itch for many Mac users. 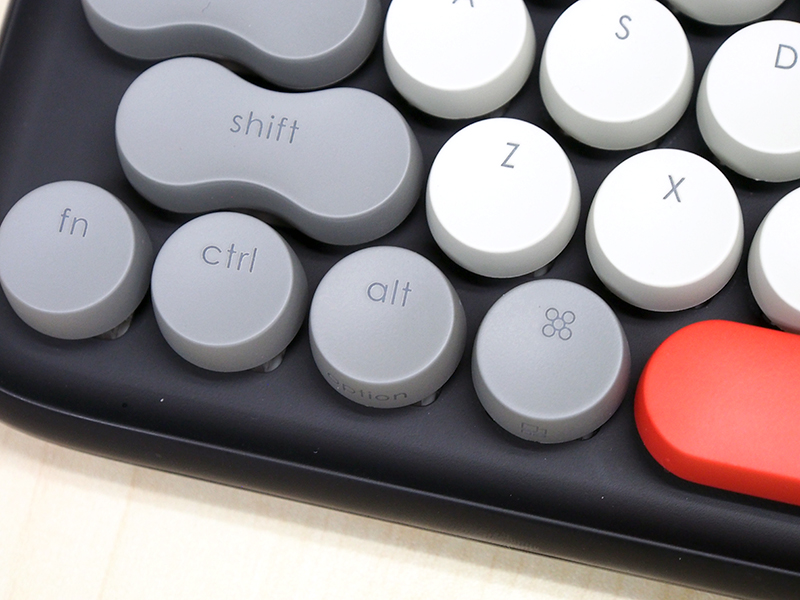 In addition, it had many features that Mac users found appealing. For one it had a TKL layout, so it has no number pad but it is also more compact. It also came with Gateron Blue switches, which are a clicky-type switch that is designed for typing.

Unfortunately, the original wasn’t perfect, at least not for touch typists. You see, the somewhat wacky and unorthodox keyboard layout was a nightmare for touch typists to come to grips with. The number row is misaligned so the letter Q ended being below "~" and "1". In addition, some of the keys such as Right Shift and Tab are smaller than usual when compared to regular keyboards.

Enter the new Lofree Four Seasons keyboard. It comes in four colorways that is said to be inspired by the seasons. There’s Vernal White (Spring), Aestival Blue (Summer), Autumnal Grey (Autumn), and finally Hibernal Black (Winter). The unit I have is Hibernal Black and I find the color scheme to be really attractive.

Apart from the new colors, not much else has changed in terms of design. The Lofree Four Seasons still comes in a rounded plastic chassis and features floating keys with round keycaps that are supposed to mimic the look of old typewriters. It’s a funky and attractive design and I had people stopping at my desk just to get a closer look. 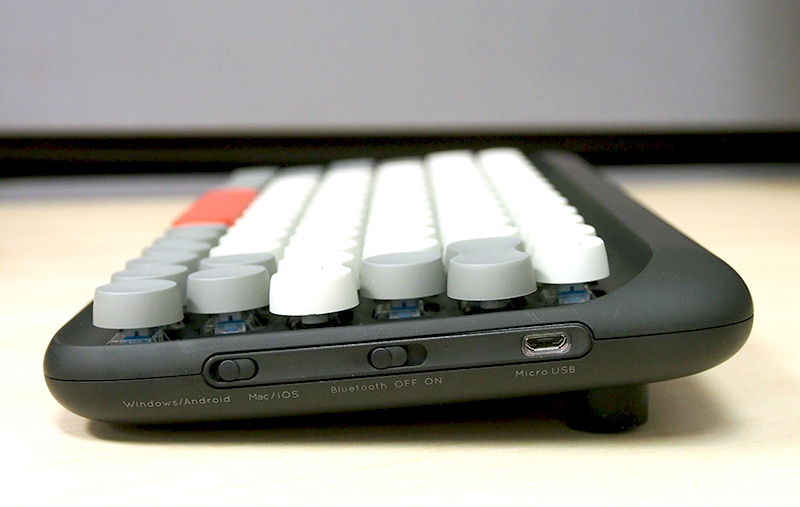 On the right side of the keyboard are two switches. One to switch between Windows/Android and Mac/Android modes, and the other to turn Bluetooth on or off. The Bluetooth mode is quite nifty and allows you to pair the Lofree keyboard with up to three devices. You can then switch between them using FN + 1, 2 or 3.

There also a micro-USB port, which allows the keyboard to be used in wired mode and also enables charging. The built-in battery has a capacity of 4,000 mAh and can last about a week if you leave the backlights on at 100%. The backlights have three brightness levels, and if you turn it down a notch to its second brightest setting (70%), you can increase battery life to 1.5 weeks. Turn it down to its lowest setting (40%) and you can extend battery life to two weeks. 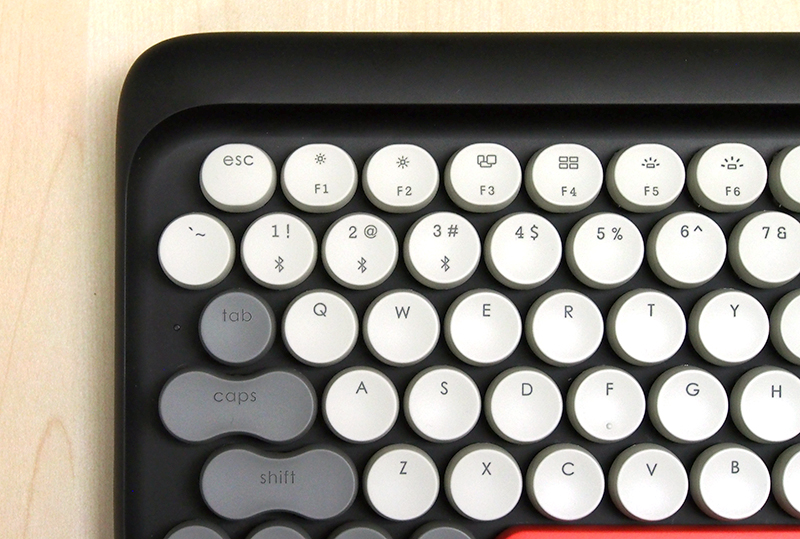 The most significant change, however, is to the layout of the keys. After listening to feedback for the first generation Lofree keyboard, the guys have changed the way the keys are staggered and have realigned the number row so that "1" is to the top left of "Q" as it is on most standard keyboards. In addition, the Backspace and Cap Locks have been enlarged.

These small changes have had a profound effect on the usability of the keyboard, at least for me. I use the tilde key (~) often to switch between multiple browser windows so I was very happy to find that the number row has been properly aligned. The realigned number row also makes it much easy to type numbers. Overall, I found the Lofree Four Seasons to be much more usable than the first generation Lofree keyboard and I was quite comfortable typing on it after a few days. 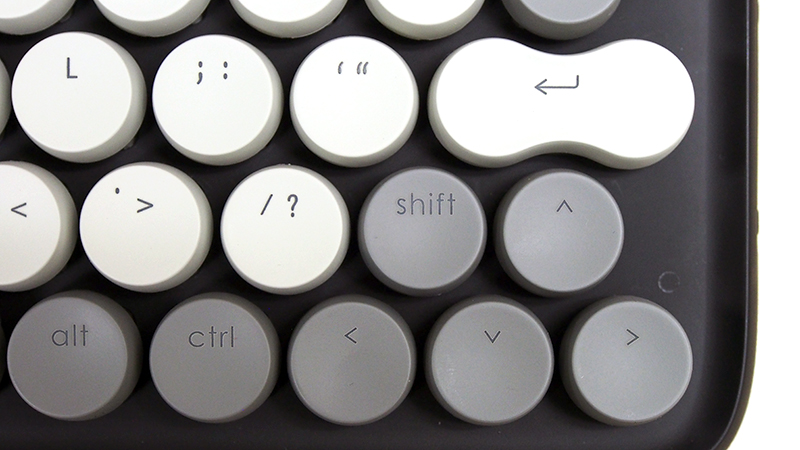 Still, the Lofree Four Seasons is by no means perfect. The round keycaps still need some getting used to, and I would rather they enlarge the Tab key instead of the Cap Locks key. After all, we all use Tab key more often than we use the Cap Locks key. And while the enlarged Backspace key is much welcomed, they should have done the same for the right Shift key too as a good number of people (me included) rely on it to capitalize their words.  There’s also no adjustment of the height. The keyboard’s rubber feet naturally angle the keyboard towards you, and that’s great, but the feet are non-adjustable. As a result of these quibbles, touch typing purists might want to think twice before ordering one since the Lofree Four Seasons is still not 100% ideal for touch typists. 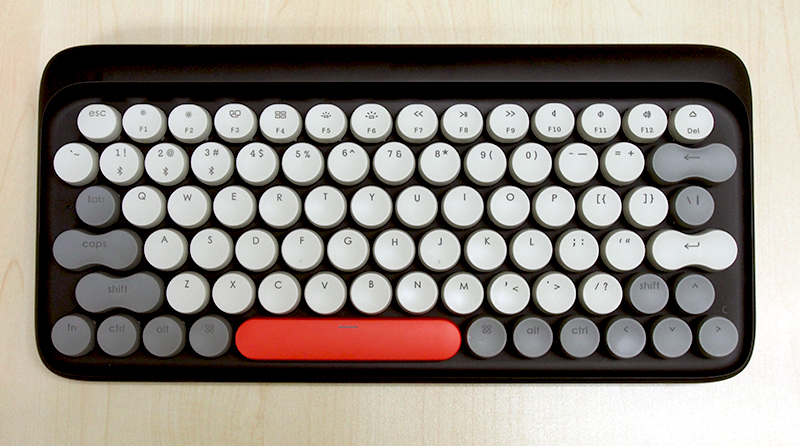 Nevertheless, the Lofree Four Seasons is a much improved effort and a pretty nifty little keyboard for Mac users. It’s stylish, comes with loads of features, and has a much more usable keyboard layout. More importantly, it is one of those gadgets that has so much charm that I find myself wanting to use it even though I’m not 100% comfortable with the layout.

Interested readers can join the Lofree Four Seasons keyboard campaign on Indiegogo. A single keyboard can be had for US$74 (~S$101) and you can also get a pair for US$140 (~S$190). The Lofree Four Seasons keyboard is expected to ship in April 2018 and the campaign ends on 30th December. Once the campaign ends, readers can get them from Indiegogo Indemand but at a higher price of US$139 (~S$188).