Towards a MU-MIMO future

MU-MIMO is the latest buzz phrase in the world of networking. If you don’t already know, MU-MIMO stands for Multi-User Multiple Input Multiple Output and it’s a technology that aims to improve the efficiency of how wireless networks work. We have written about it extensively in our review of Linksys’ EA8500 Max-Stream AC2600 MU-MIMO router, and you can head on over to read about it in detail.

For the sake of brevity, it’s important to note that traditional wireless routers can only transmit data to one device at a time. This is why wireless performance degrades rapidly as more and more devices are added to the network. If many devices are connected to the router, it takes the router longer to transmit to other devices before it can complete a cycle. In other words, "waiting time" is increased. 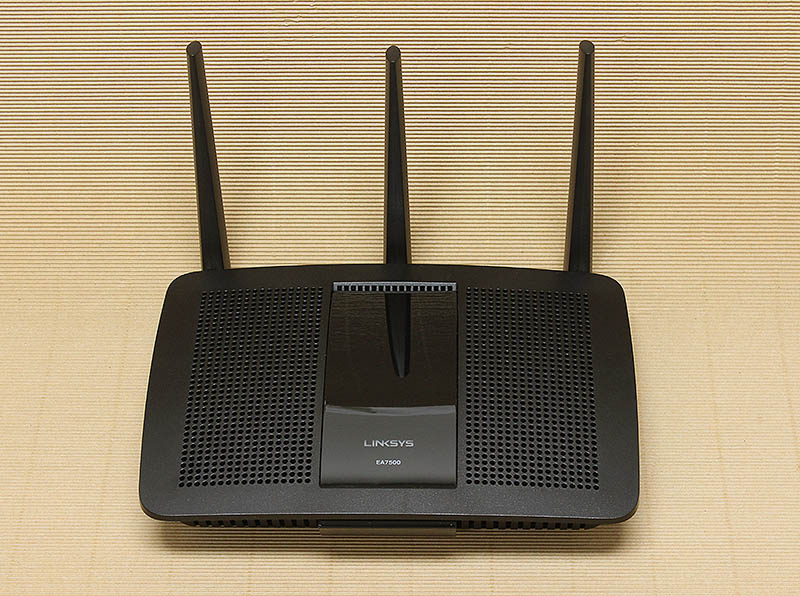 To be clear, MU-MIMO isn’t exactly new. The technology and hardware have existed for a while now, and many of the new routers today - the AC2400, AC2600, AC3150 and AC5300 routers - actually ship with MU-MIO capable hardware, and are advertised as MU-MIMO ready. Why "ready"?, that’s because the firmware isn’t ready yet. However, the Linksys EA8500 router bucked the trend last year by becoming the first router to ship that supports MU-MIMO right out of the box. Now, Linksys is building on the success of the EA8500 with the new and recently launched Linksys EA7500 Max-Stream AC1900 MU-MIMO Gigabit router. So let’s take a closer look at this router right now. 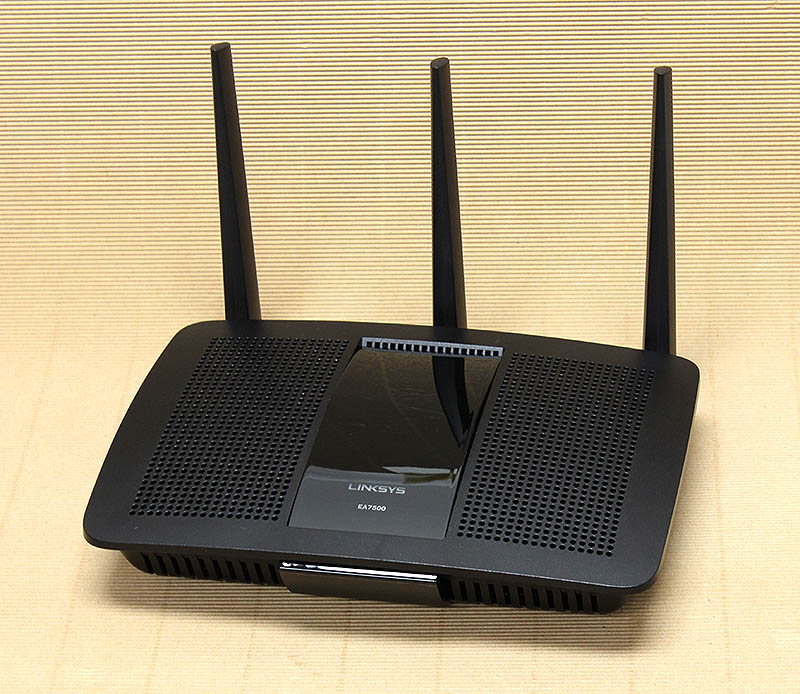 Router manufacturers like to give their routers long names and Linksys is no different. Their latest router is called - take a deep breath - the Linksys EA7500 Max-Stream AC1900 MU-MIMO Gigabit router (henceforth simply referred as the Linksys EA7500). And it’s essentially an AC1900-class version of the earlier EA8500 router.

You might be thinking at this point, "Oh, it’s a slower version of the EA8500 router." Well, yes and no. Overall throughput is down obviously, but let’s not forget that it still serves up 1300Mbps on its 5GHz band, which is more than sufficient for most client devices today. Even today, the only mobile device that we know that can support 1300Mbps is Apple’s MacBook Pro. Most smartphones only support wireless speeds of up to 433Mbps, whereas most tablets and notebooks top out at just 867Mbps. This means that an AC1900-class router is more than sufficient for most users’ devices. 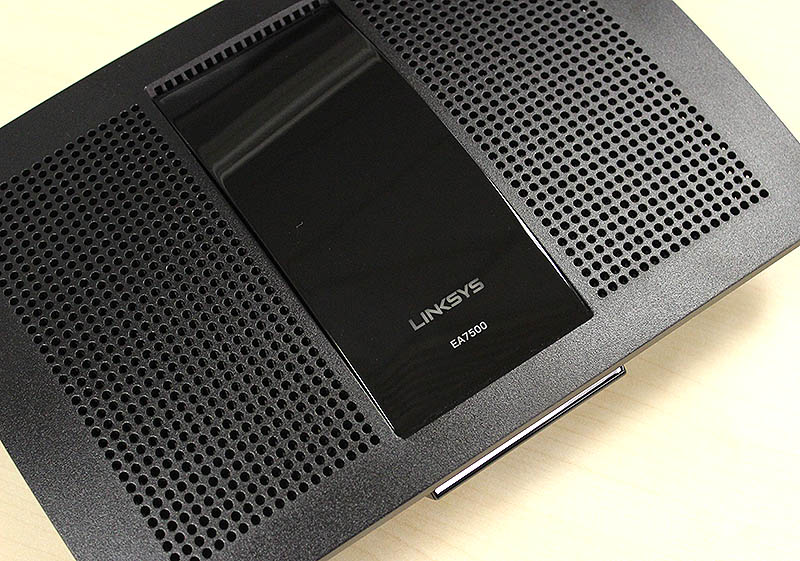 In terms of design, the new EA7500 router looks almost identical to the older EA8500 router. The only notable difference is that it has three antennas as opposed to the EA8500’s four. Most high-end routers have some form of LED status indicators, but the EA7500 doesn’t have any. There’s only a single Linksys logo on the front panel that lights up and serves as a very rudimentary status indicator. The EA7500 is also devoid of any kind of fancy design flourishes - no bright colors or angled or beveled sides - it’s just a simple black box with vents and holes to let hot air escape and to keep its internals cool. 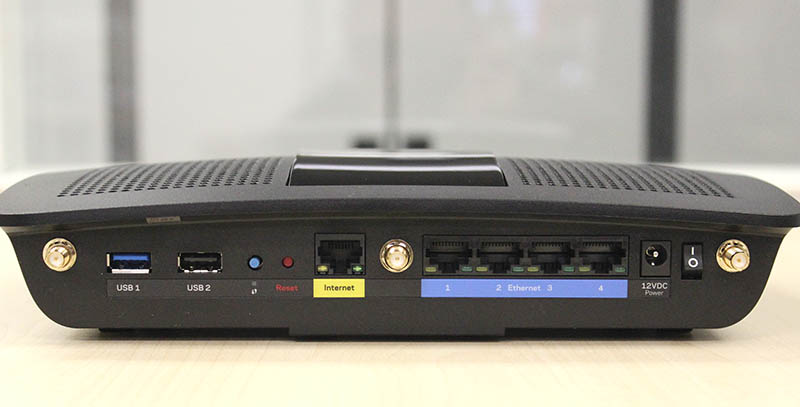 Powering the EA7500 router is the same dual-core 1.4GHz processor that powers the older EA8500 router, specifically the Qualcomm IPQ8064. The EA7500 also has the same 128MB of flash storage as the EA8500, but only half the amount of RAM at 256MB, which is still plenty. The EA7500 also deploys Qualcomm’s latest 3x3 radios within, specifically the QCA9983 for its 2.4GHz band and QCA9982 for its 5GHz band. These are the first 3x3 radios to support MU-MIMO technology.

The EA7500 router also features Linksys’ Smart Wi-Fi user interface and software stack. We have mentioned previously that this is arguably the most user-friendly setup interface in the market and that has not changed. If you have used any other Linksys Smart Wi-Fi router before, you’ll know what to expect. For those unfamiliar with Smart Wi-Fi, it offers a good balance of ease of use and control, and offers features such as traffic monitoring, QoS, parental control, cloud storage and more. 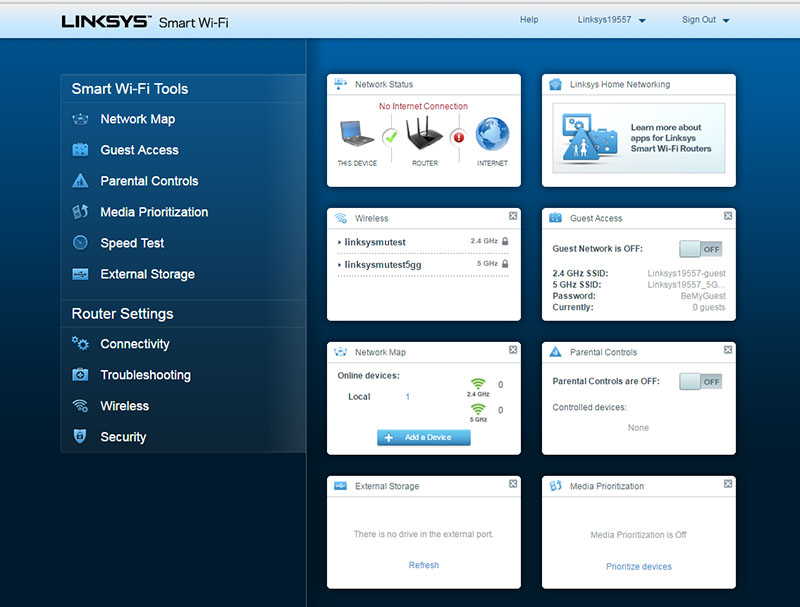 A lot of thought has gone into the design and an example would be Linksys’ QoS management system, which gives users the option to prioritize connections based on devices as opposed to simply just specifying applications and the ports they use. This is both easier and considerably more practical for most users, and is something that we are seeing rival router companies beginning to implement in their own setup user interfaces. 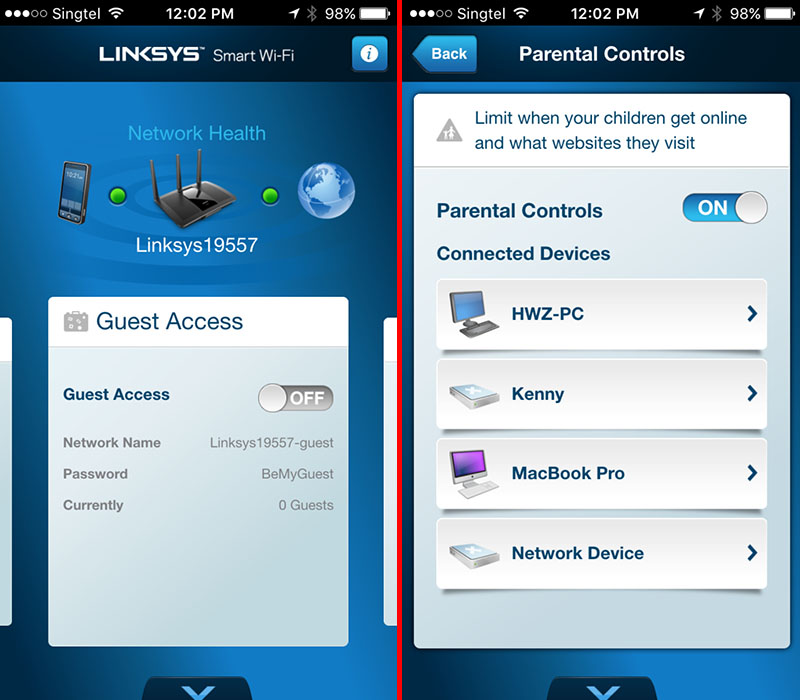