Admittedly, the LG Optimus 4X HD took quite awhile to reach our shores; it has been about 5 months since we last saw it at Mobile World Congress 2012 in Barcelona alongside the now delayed Optimus Vu. With two of its formidable quad-core and competitors, HTC One X and Samsung Galaxy S III, already out in the market for a substantial amount of time, LG's flagship quad-core Optimus 4X HD mobile phone might face some difficulties in gaining ground despite its relatively high-end specs. Aside the obvious NVIDIA Tegra 3 chip inclusion, the smartphone also boasts of impressive hardware like an 8-megapixel camera, a 4.7-inch HD IPS 1280 x 720p screen and 1GB of RAM. How will it fare in comparison with the other players? That's what we intend to find out in this review. 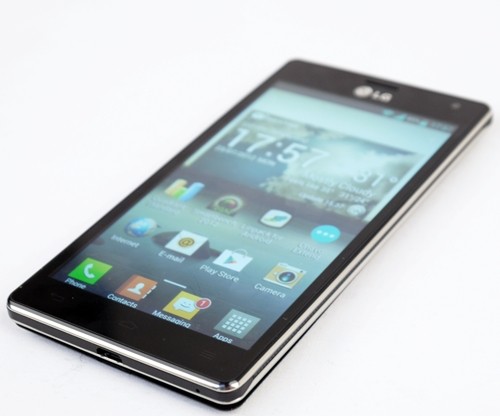 LG has tried to be at the forefront of phone designs but it hasn't yet forged a design trait that it can call its own other than the Chocolate series. That's not to say that they don't make good-looking handsets. In the case of the Optimus 4X HD, this statement rings especially true: the device itself doesn't look bad but neither is it outstanding. To give you a visual gauge, it takes on the angular, minimalist form of the Prada Phone by LG 3.0 with the black variant showcasing a similar color scheme of black and silver trimmings. The phone fits comfortably in our hands, in part due to its rather thin and lightweight body. Like the Prada Phone by LG 3.0, the device comes sheathed in a plastic body with a grooved back which does make it less susceptible to slipping. At a quick glance, it isn't a stretch to say that it resembles the Samsung Galaxy S II either, albeit with a bigger screen. 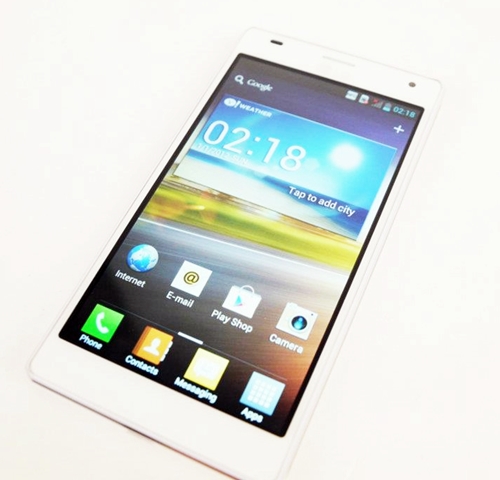 For those looking for a little variety, the Optimus 4X HD does come in two flavors, black and white. If black's too dull for you, the white one is an option to look towards. On the whole, the LG Optimus 4X HD isn't groundbreaking in terms of looks but will certainly meet consumers' expectations, especially so with its thin 9.19mm frame and 141g lightweight body. 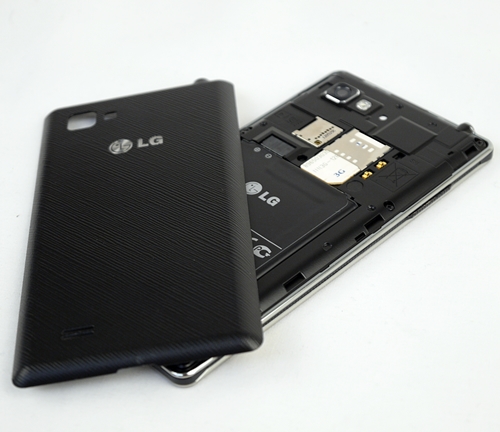 Unlike most Android 4.0 smartphones in the market, the LG Optimus 4X HD isn't fitted with the usual back, home, and multitasking touch controls. In this sense, it bears more resemblance to the Samsung Galaxy S III, showcasing a trio of back, home and menu controls on the front. Like the Galaxy S III, you simply long press the home button to get to the multi-tasking menu. Android 2.3 users will find this transition a smooth one while Android 4.0 users might find this slightly confusing. Nonetheless, it is neither a radical change nor one that makes or breaks the LG experience for us. Hardware buttons like the volume rocker and the power control are very thin and almost too well-camouflaged for our liking. On the flip-side, they present good tactile feedback when pressed, so with regards to usability, the buttons work just fine.

As with most Android phones, manufacturers prefer to add their own special touches to their user interfaces so as to differentiate their bot-flavored devices. The open-source nature of the Android platform certainly has its pros and cons, which makes it even more exciting for manufacturers as they compete to innovate their products. In this sense, we say Samsung and its close competitor, HTC with its Sense UI, have emerged on top. Of course, the Android experience on the different devices remains well-preserved despite the little goodies that manufacturers inject into their handphones.

LG of course, is no different. The Optimus 4X HD comes loaded with ICS (it's too early for a Jelly Bean update) and the LG UI isn't too different or difficult for someone using another Android device to pick up. Of course, we noticed a couple of similarities between the LG Optimus 4X's UI and other Android 4.0 handphones like HTC One X and Samsung Galaxy S III. 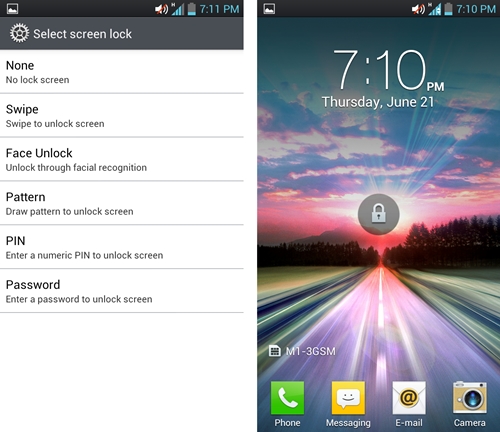 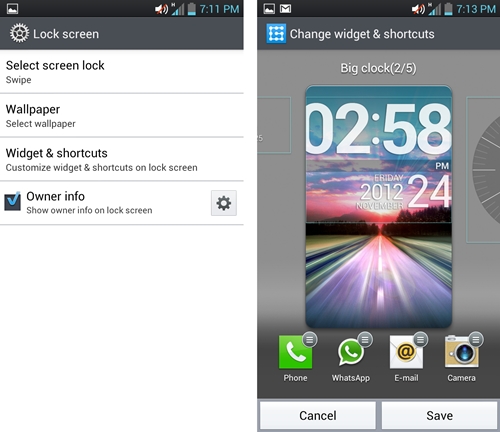 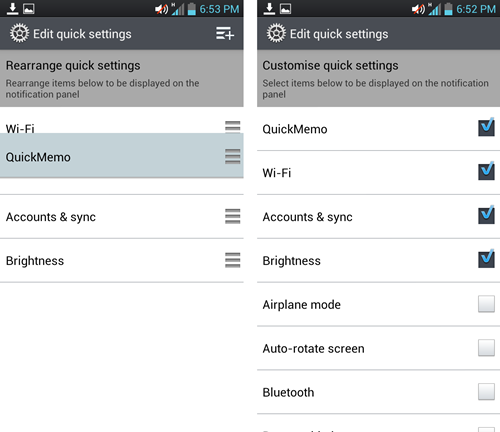 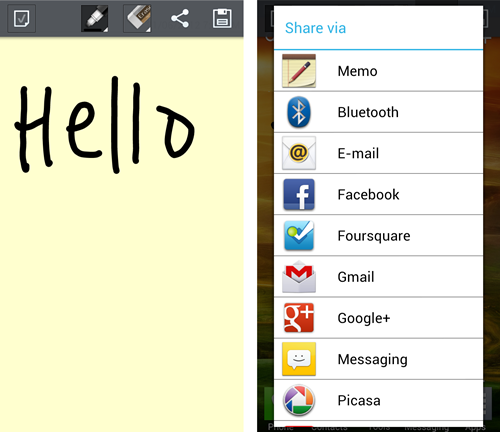 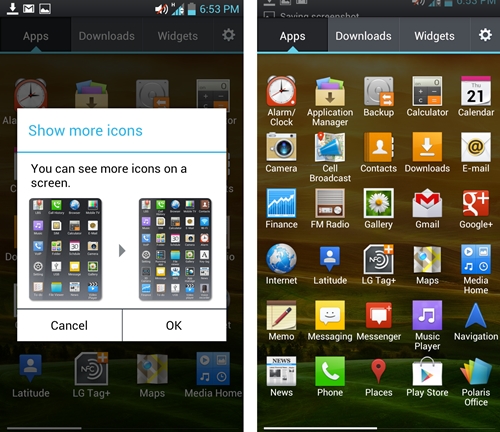 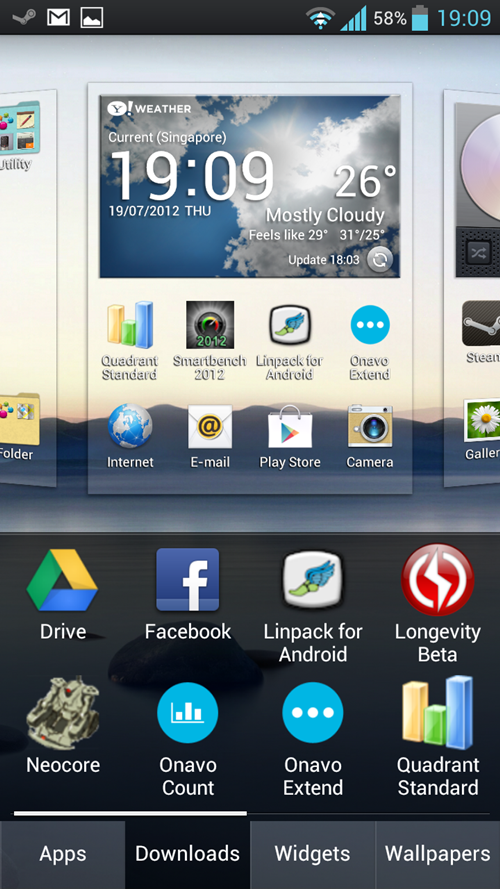 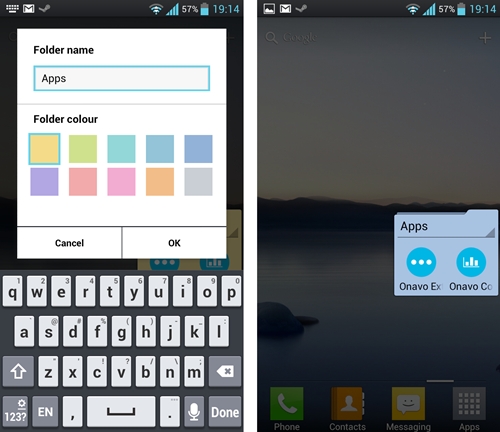 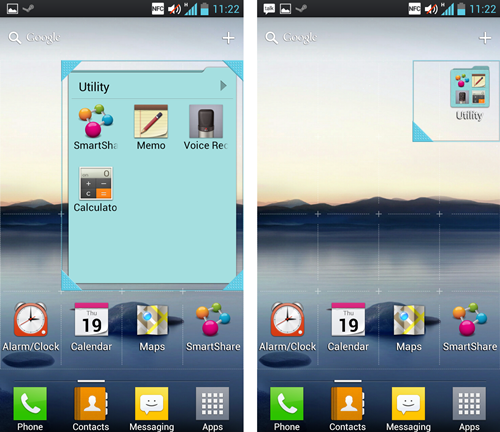 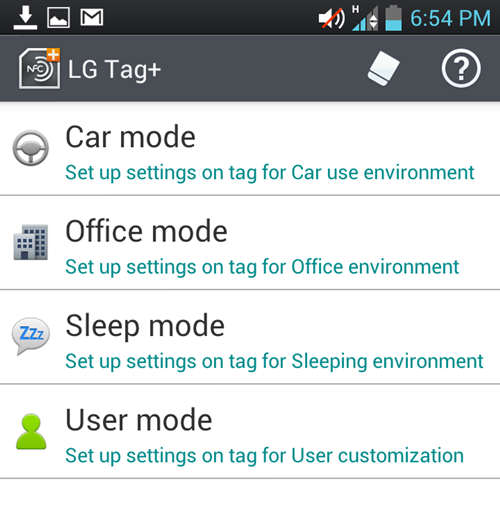 LG has added a couple of small but cool features to its UI as seen from above, including the customizable quick settings bar, folder customization and the Quick Memo function. These are frilly additions but nonetheless, make for a slightly different and improved experience. Otherwise, the user experience pretty much retains the essence of the Android OS.