Compared to its rivals, as the LG Hom-Bot Square, the Roomba 880 is a little down on cleaning modes as it offers only "Clean" and "Spot" mode. As you might expect, "Spot" tells the Roomba 880 to focus on cleaning a single spot; whereas "Clean" works like an automatic mode and sets the Roomba 880 off on its own to clean the house as it sees fit using its sensors and iAdapt Responsive Navigation Technology. Users can also schedule the Roomba 880 to clean at certain times of the day or certain days of the week by using the control panel. 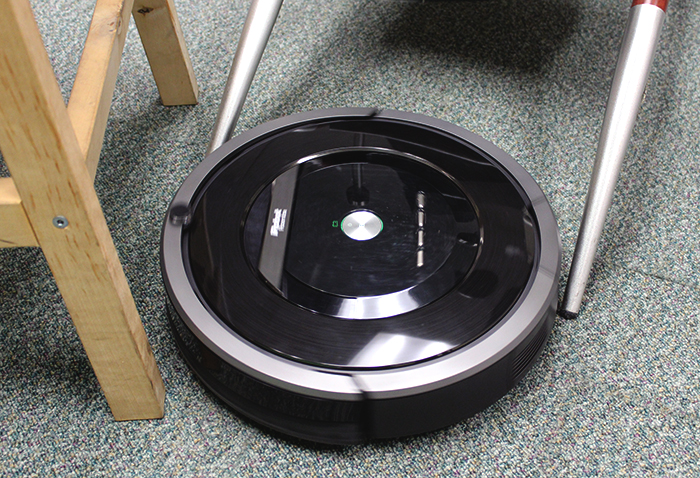 Generally speaking, we were very pleased with the cleaning performance of the Roomba 880 and much of it has to do with its strong suction performance and its logical pathfinding. Early iRobot Roomba devices were often criticized for its haphazard pathfinding, but in our experience, the Roomba 880 set about its business in a fairly logical way. We noticed that it will trace the edges of the wall and clean as close to it as possible, and that it employs a grid pattern movement when cleaning wider open spaces. It is also rather thorough as we noticed that it often makes multiple passes over the same area.

However, logical pathfinding is just one part of the equation, what made the Roomba 880 stand out in our testing was that it was least prone to getting stuck in places. Previously, in the review of the LG Hom-Bot Square, we mentioned that the Hom-Bot Square’s sweeping brushes and extractors were prone to getting tangled in wires and soft rugs. The Hom-Bot Square also encountered problems navigating around low-lying obstructions such as the legs of Ikea’s POÄNG armchair that run parallel to the floor. However, the Roomba 880 was able to overcome these obstacles thanks to its clever sweeping brushes that spin in the opposite direction when it detects that it is getting tangled, and also to its robust motor that was able to power the unit away from the low-lying legs of the arm char should it accidentally mount it. But this is not to say that it never got stuck, it did, however the number of times that it occurred was considerably lesser than other robotic vacuum cleaners that we have tested (refer to June issue of HWM for the full shootout). 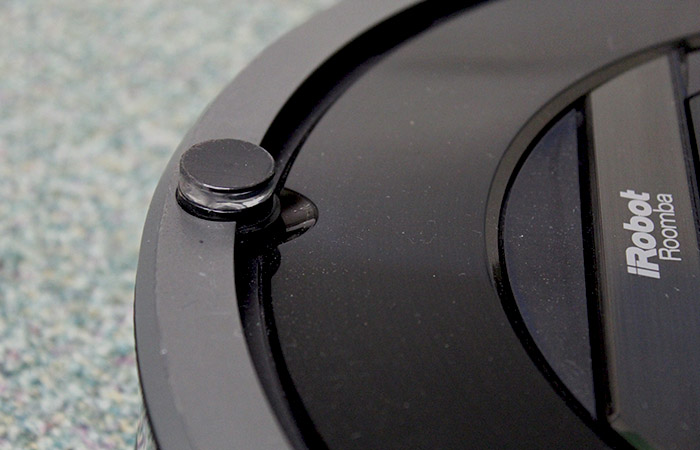 That said, one thing to note about the Roomba 880 is that it does not actively avoid obstacles like some of its competitors do. Rather, it gently nudges them to determine if they are impassable barriers or soft barriers, such as curtains, bed and sofa skirts, that can be passed. We found this feature to be a double-edged sword for the Roomba 880. On one hand, it is great that the Roomba 880 is clever enough to go pass curtains and go under beds and clean the area behind or underneath them. However, there were instances that we found the Roomba 880 to be a little too enthusiastic in its nudging of barriers, which resulted in things such as small decorative memorabilia moved around and out of position.

Here's a little fun clip we put together as we let loose a number of robotic vacuum cleaners in a room to see how they managed themselves; you'll notice certain traits that we discussed about the Roomba 880 if you notice closely:-

All things considered, the Roomba 880’s above average cleaning performance can be attributed mostly to the fact that it seldom got stuck in places. This made the Roomba 880 really easy and fuss-free to use. 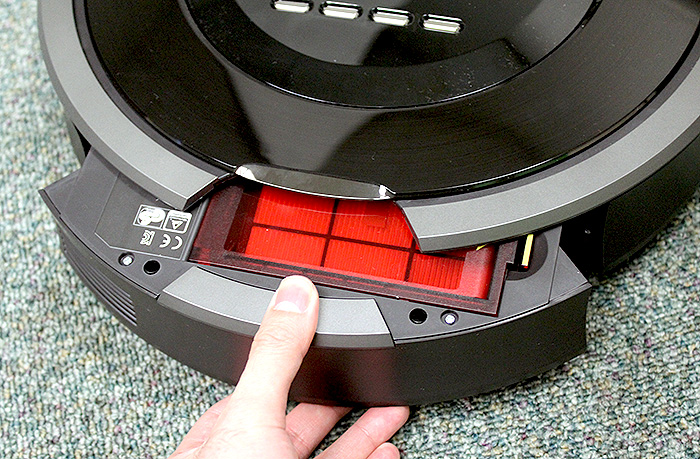 In terms of maintenance, the Roomba 880 is equipped with a HEPA-filtered bin that is 60% larger than its predecessors. This means that the Roomba 880 can be used for longer periods before the bin needs to be emptied. Thankfuily, emptying the bin is a straightforward task, simply push a little button located on the top panel towards the rear of the device and the bin is released for emptying. However, as we removed the bin from the device, we noticed that some dirt did manage to fall out on to the ground. We would have preferred a system similar to the LG Hom-Bot Square’s where the bin is removed vertically as it is a much cleaner and elegant solution.

The new AeroForce Extractors proved to be quite tangle resistant as there was noticeably less hair and pet fur that remained tangled as compared to its rivals. Even so, it is not entirely maintenance free and depending on your usage they still need to be cleaned regularly, though not as often you would with regular brush and bristle extractors.

Convenience at a Price

For one, it was the one that consistently managed to navigate around the room with the least problems and issues. This is a huge plus in our books as it is pointless to have the strongest suction performance if the device is not capable of navigating itself and is always getting stuck. Kudos then to the Roomba’s 880 tangle-resistant AeroForce Extractors and the intelligent sweeping brush.

We also liked that it came with two Virtual Wall Lighthouse devices. This device is helpful not only in keeping the device away from potentially hazardous or troublesome areas; in Lighthouse mode, it also helps the Roomba 880 efficiently clean multiple rooms and areas. 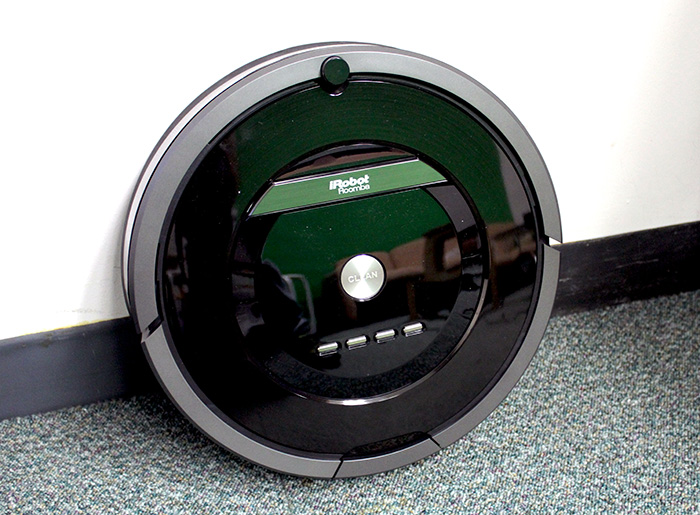