Judging from the number of vendors offering robotic vacuum cleaners at the local PC fairs, along with rather healthy discussions in our forums (such as here, here and here) , it is safe to say that robotic vacuum cleaners are one of the hottest selling home appliances right now. And it is no wonder, especially when you consider our hectic lifestyles. In fact, according to statistics from the Federal Reserve Economic Data, Singaporeans work an average of 2287 hours in 2011, significantly higher than countries such as Australia, the United States and the United Kingdom, where the norm is only around 1700 hours. 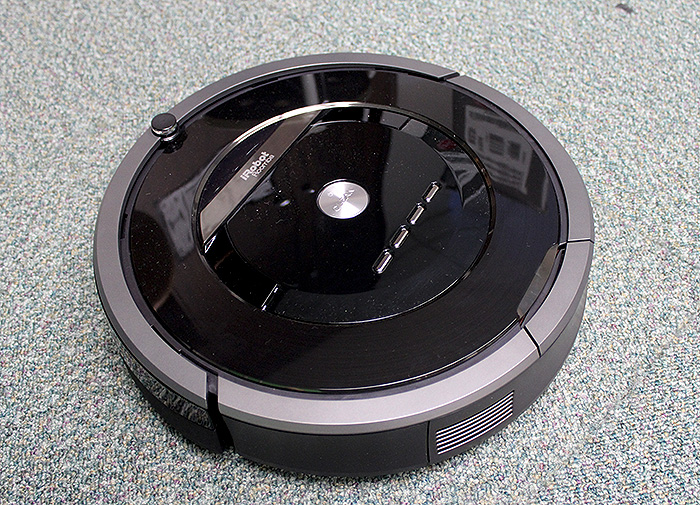 Not long ago, we reviewed LG’s new Hom-Bot Square and we were impressed with its features and its pathfinding logic. With its array of ultrasonic sensors, cameras and optical sensors, it is one of the most cutting-edge robotic vacuum cleaners available today and is certainly a competent home cleaner.

However, LG, despite its considerable financial clout and size, is actually a relative newcomer to robotic vacuum cleaners. One of the pioneers of this type of devices is actually a company based in Massachusetts, USA, called iRobot. In fact, the company’s first robotic vacuum cleaner was launched over a decade ago around 2002. The first Roombas were rather primitive devices that moved about haphazardly with seemingly little logic in its movements. However, the Roombas of today are markedly different devices, especially the new Roomba 880, which has many new features that aim to help it become a more useful and fuss-free robotic vacuum cleaner. Let’s find out if it works.

While brands like LG and Neato have incorporated squared corners into the designs of their robotic vacuum cleaners to help clean corners better, iRobot has instead stuck to the tried-and-tested round design for its latest Roomba 880.

The Roomba 880 is decked entirely in black and has a grey border around its circumference. It measures around 35cm in diameter and weighs around 3.8kg. It is also around 9.1 cm in height, so it should be able to find its way under most sofas and beds. In terms of size and dimensions for robotic vacuum cleaners, the Roomba 880 is actually pretty standard and is neither exceptionally large or small. And like most other robotic vacuum cleaners, there is a display and control panel on the top lid that allows users to quickly see the status of the device as well as control the device. 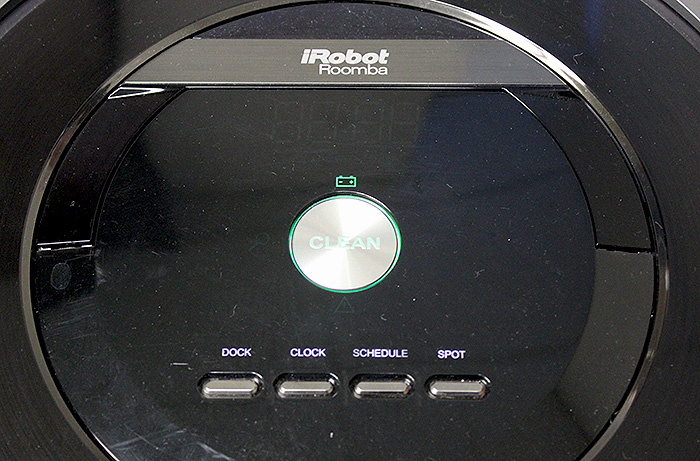 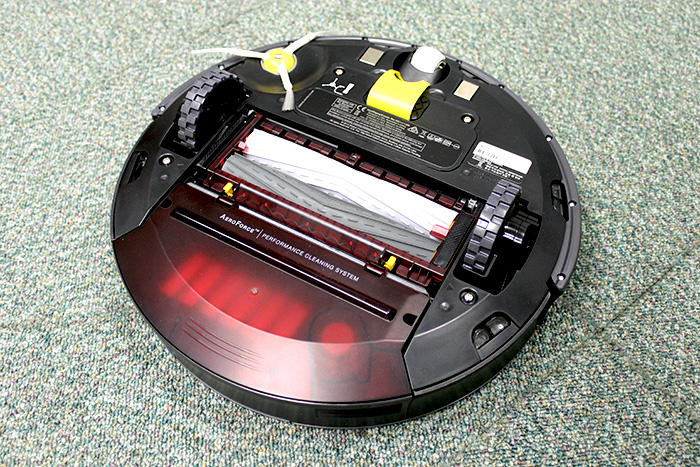 So far, the Roomba 880 sounds pretty normal, but that is because most of its improvements are under the proverbial hood. Flipping the unit over, we can immediately see what Roomba calls its new Aeroforce Performance Cleaning System, which it claims can help remove up to 50% more dust, dirt and hair than previous systems. Key to this are the new Aeroforce Extractors, which are made out of specially sculpted rubber that is designed to be a) tangle-resistant and b) concentrate and direct air flow for stronger suction performance. This differs from iRobot’s competitors, since they mostly rely on typical bristle and brush extractors to pick up dirt, dust and hair, which are prone to getting tangled, especially with hair and pet fur. 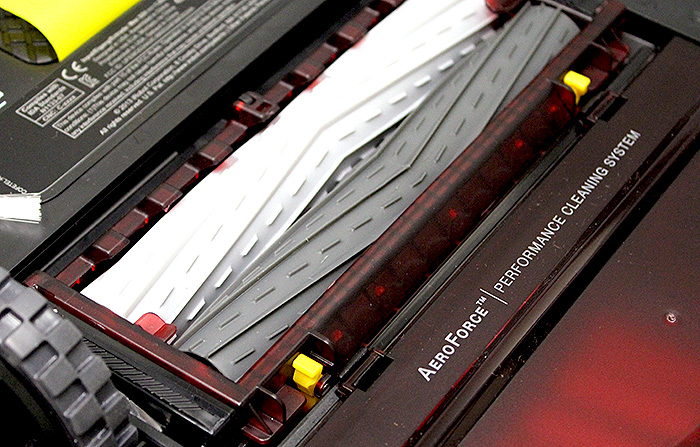 Also interesting is that unlike other robotic vacuum cleaners, which typically have two front-facing sweeping brushes to help 'feed' the extractors, the Roomba 880 has only one. Presumably, this is to reduce the chances of the Roomba 880 getting tangled with objects like wires and soft carpets. And on top of this, the sweeping brush is clever enough to spin in the opposite direction if it detects that it is getting tangled.

As for navigation, the Roomba 880 uses traditional infrared sensors coupled with its own iAdapt Responsive Navigation Technology, which monitors feedback from its sensors up to 60 times a second to decide on its next course of action. One quirk of the Roomba 880 is that unlike some other robotic vacuum cleaners, it does not strictly avoid obstructions, and instead bumps into them lightly to see if they can be passed through. This allows the Roomba 880 to navigate pass curtains and bed and sofa skirts. It also has acoustic sensors within its AeroForce Performance System to 'listen' out for the amount of dirt being picked up. If it senses that there is a lot of dirt, which indicates that the area is very dirty, it will focus cleaning on that particular area. 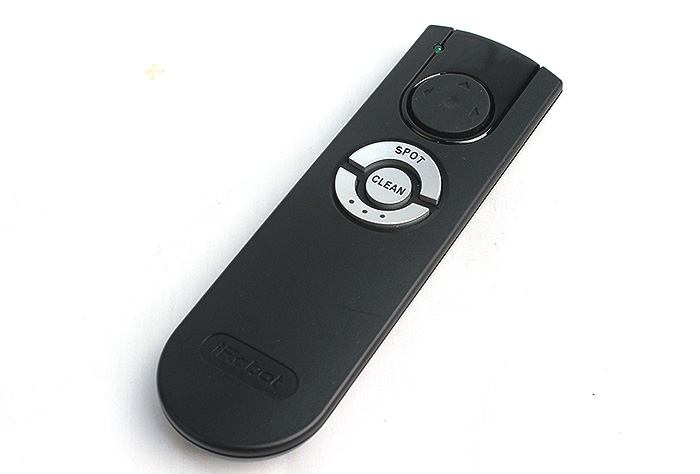 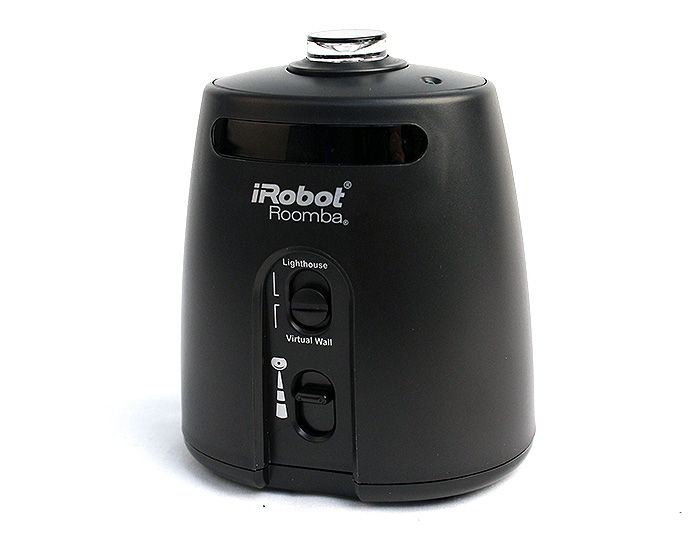 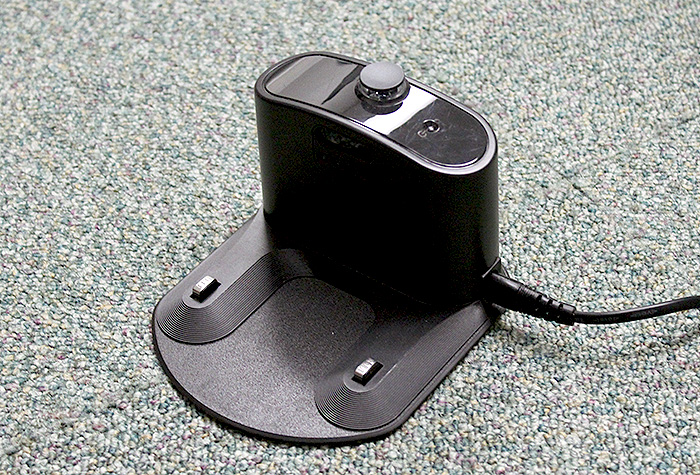 The Roomba 880 also comes with a charging station, which is actually fairly small and compact. This is a good thing since this means that it does not take up much floor space. Like most robotic vacuum cleaners, the Roomba 880 will automatically go back to the charging station when it is low on power. iRobot claims that a full charge will enable the Roomba 880 to clean continuously for about two hours, which we find to be about right. Users can also manually send the Roomba 880 back to its charging station using the remote control.