A mainstream processor on an enthusiast platform 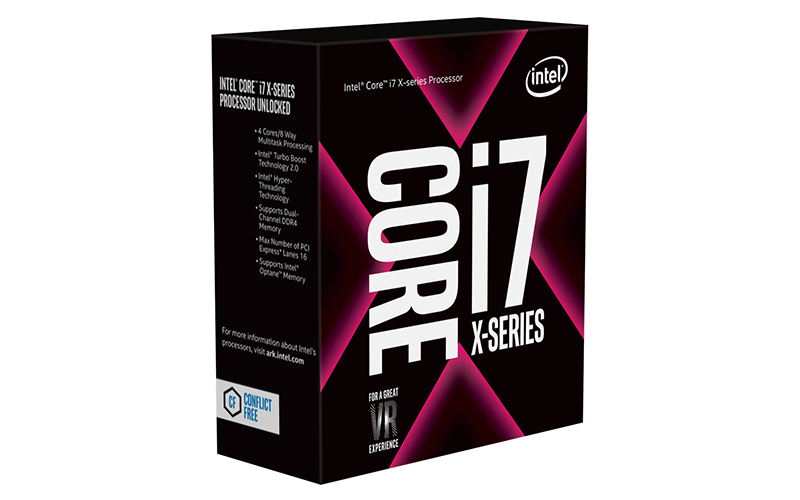 With both AMD and Intel cramming cores into their chips with such impunity, it’s easy to get carried away in the heady tailwinds of the time. More cores! Progress! Technology is great.

However, this year was also the year that Intel introduced quad-core processors in its HEDT (high-end desktop) line-up. These are the Kaby Lake-X class Core i5-7640X (4.0GHz, 6MB L3 cache) and Core i7-7740X (4.3GHz, 8MB L3 cache) processors that cost US$242 and US$339 respectively, the same as their respective Kaby Lake counterparts.

This was interesting for many reasons, but it was also puzzling. Intel’s HEDT processors have traditionally utilized architectures that trailed the mainstream parts by a generation, but these Kaby Lake-X chips featured the latest silicon. Furthermore, it meant that you could get a Kaby Lake-X processor with an Intel X299 motherboard – saving a lot in the process – and upgrade to a Core i9 chip later if you wanted.

Unfortunately, it also meant a lot more confusion. The Core i7-7740X only nets you 16 PCIe 3.0 lanes from the CPU, and supports just dual-channel DDR4 memory. Now consider that the X299 platform was designed for up to 44 PCIe 3.0 lanes and quad-channel memory configurations.

The result is you end up with a lot of supported features that simply aren’t available with the Core i7-7740X. These gaps are glaring – on a motherboard with eight slots for memory modules, only four will work with the latter CPU.

Furthermore, Intel’s Core X family comprises CPUs with 16, 28, and 44 PCIe lanes, and motherboard makers need to ensure that their X299 boards work with all three configurations. They add PCIe switches to manage this and route the lanes for different CPUs, which adds to the final cost of each board. 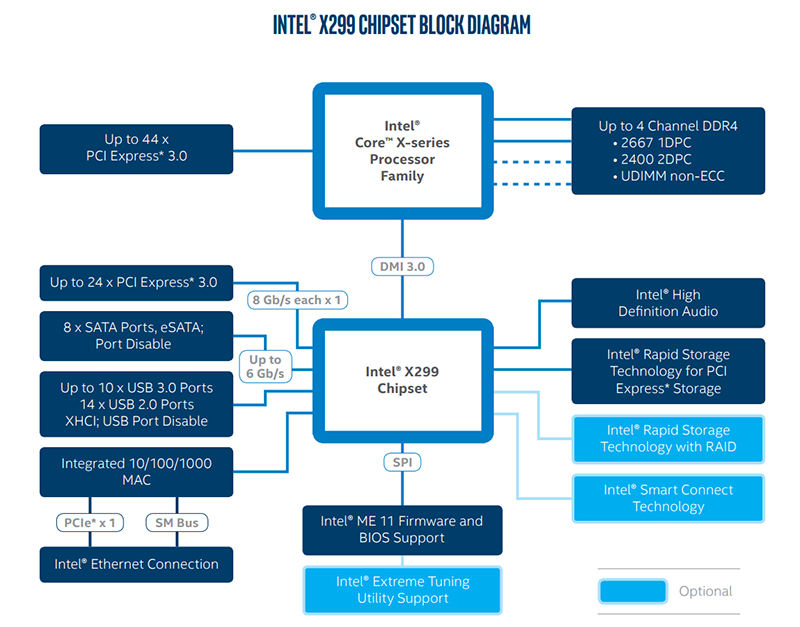 The problem is that Kaby Lake-X doesn’t use an integrated voltage regulator. All its voltages are supplied by the motherboard, and this complicates matters because board makers now have to support both types of power delivery. The motherboard will also have to check at boot to see what type of CPU it has to ensure that it serves up the correct voltages, which can lead to longer boot times.

To be fair, there are now boards designed specifically for Kaby Lake-X (they won’t work with Skylake-X), so it’s possible to get something more optimized for the Core i7-7740X. But this only seals off your future upgrade path, and it leaves the Core i7-7740X with little to distinguish itself from the Core i7-7700K and an Intel Z270 board. 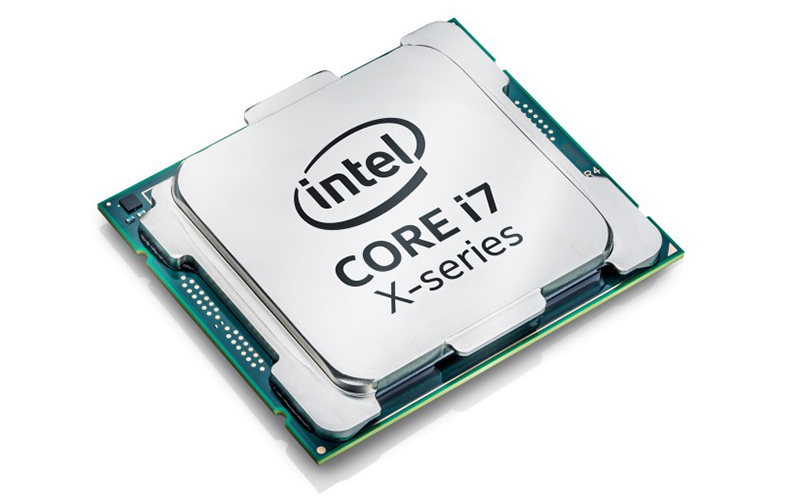 The Core i7-7740X can be thought of as a Core i7-7700K with modest changes (other than the larger package size of course). Clock speeds have been bumped up to 4.3GHz, a 100MHz increase, but Turbo Boost speeds and cache sizes are unchanged. However, memory support has been extended to include up to DDR4-2666, compared to DDR4-2400 on the Kaby Lake part.

The TDP now sits at 112W, up from 91W on the Core i7-7700K. This unfortunately isn’t a product of some under-the-hood boost in processing power, and the underlying architecture is still the same as its Kaby Lake sibling. This means the chip also doesn't benefit from the new Turbo Boost Max Technology 3.0 or the rejigged cache hierarchies on Skylake-X.

That said, Intel also chose to disable the HD Graphics 630 iGPU that’s still physically present on the chip. This effectively gets rid of many features that could appeal to mainstream consumers, such as native HEVC encode and decode. You could argue that enthusiasts wouldn’t miss these features, but it’s also a bit of a stretch for a so-called enthusiast to settle for a quad-core processor.

Ultimately, you’re left to contend with a confusing processor that appears a tad misguided. Intel’s lowering the barrier to entry to its HEDT line-up, but it’s not quite clear who it’s appealing to here.

Nevertheless, it’d be overly hasty to simply dismiss the Core i7-7740X without putting it through the paces. This is still Intel’s highest clocked processor at 4.3GHz, and there’s considerable overclocking headroom to be had for those who must have blistering single-threaded performance.

Write a Review
Compare This | Specifications
Good overclocking potential
Strong gaming performance
High base clock and excellent single-threaded performance
16 PCIe lanes from the CPU limits the features on the X299 platform
Not that much better than the Core i7-7700K
Only dual-channel memory support
Our articles may contain affiliate links. If you buy through these links, we may earn a small commission.
Sponsored Links