Today's official launch of the Ivy Bridge processors mark the arrival of Intel's third generation Core architecture CPUs. With the world's first 22nm processor featuring new tri-gate transistor technology, to increasing the processing throughput while reducing the amount of energy needed, Intel seems to be attempting to stave off competition from ARM processors which may be encroaching on the chip maker's traditional territory of desktop and mobile computing.

With a shrink in manufacturing process technology to 22nm from the previous generation of 32nm fabrication process, one of the more 'extravagant' claims from Intel is that the power-optimized Ivy Bridge CPU will consume up to 50% less power. From our experience, the changes in fabrication process technology used should automatically translate to slightly boosted performance and better power efficiency. But would it really yield the claimed power savings? While we have covered plenty of the Ivy Bridge processor architecture and the 7-series chipset platform details, in this article, we'll be scrutinizing all aspects of Intel's top Ivy Bridge processor - the Intel Core i7-3770K (base / turbo clock: 3.5 / 3.9GHz). Hence, besides reporting on raw performance scores, we will be paying close attention of this power-saving claim to ascertain if this statement is just marketing hyperbole or holds water during our testing. Further integrated graphics performance analysis is also available in a separate article.

In an apparent nod to power users and overclockers, Intel has raised the maximum CPU multiplier for unlocked Ivy Bridge processors - from 59 to 63. This suggests an even higher level of overclockability and we will attempt to push the Intel i7-3770K processor to higher clock speeds during our overclocking exercise. 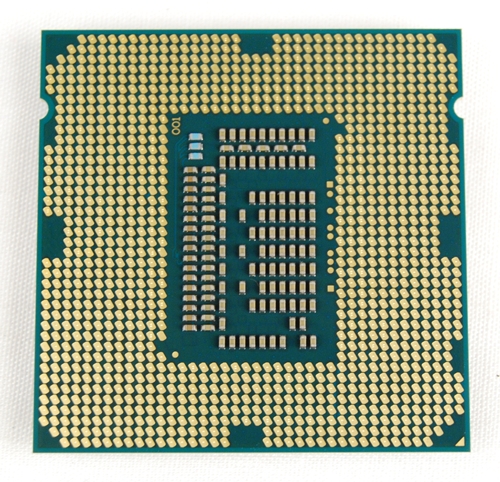 To some, the Ivy Bridge class of processors is also seen as Intel's riposte to AMD's Bulldozer series of processors (though the latter is well outclassed) but certain upcoming variants can surely compete with AMD's future desktop-class Trinity APUs. For now, we'll have to get our Ivy Bridge analysis going based on our high-end CPU part. The Core i7-3770K has a global retail price of US$313, which would mean heavy comparisons would be made against the existing Core i7-2700K (base / turbo clock: 3.5 / 3.9GHz) and 2600K (base / turbo clock: 3.4 / 3.8GHz) models that currently list for US$332 and US$317 respectively as listed on Intel's process price list. Of equally important interest is how the newcomer competes against the workstation-class Core i7-3820 processor (US$294) running on the Intel X79 platform. All this and more will be compared intensely, so step right in to find out the performance capabilities of the Core i7-3770K against the current competition.

Write a Review
Compare This | Specifications
Relatively good performance
Power efficiency has improved
Easier to overclock
Integrated 16-lane PCIe 3.0 controller
No major architectural changes in CPU
Integrated graphics performance could be better
Our articles may contain affiliate links. If you buy through these links, we may earn a small commission.
Sponsored Links