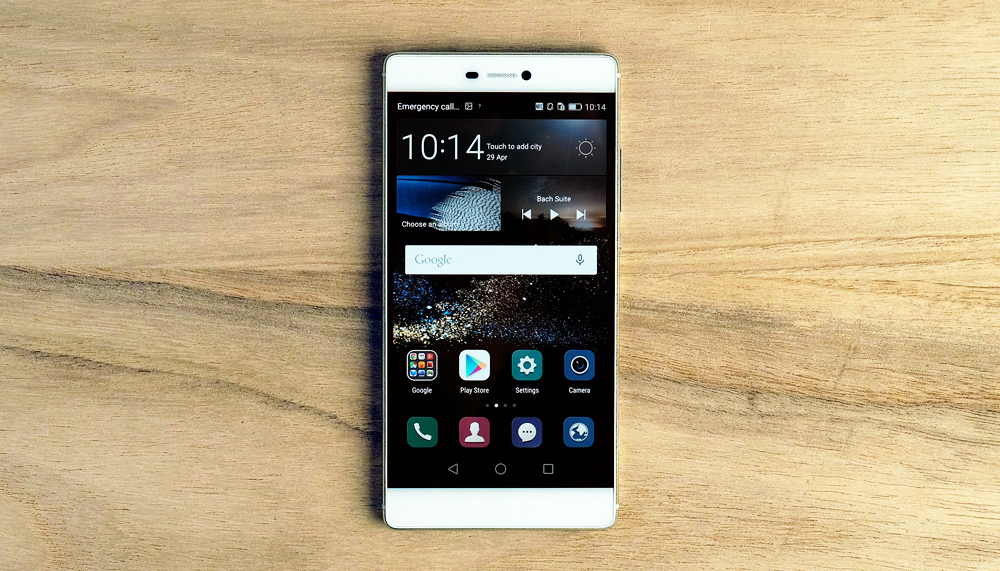 Huawei's Ascend P series has been the company's flagship smartphone since the Ascend P1 was launched in 2012. Since then, we've seen steady yearly improvement from the Ascend P2, Ascend P6 (Huawei decided to skip the Ascend P3-5) and last year's Ascend P7. However, despite much improvement, Huawei's flagship phones haven't quite been able to compete with the best of the best, and have often been let down by disappointing benchmark performance and average image processing.

But as we know, impressive specs aren't everything. Will the P8 finally let Huawei take a seat at the big boys' table alongside the likes of Apple, Samsung, LG, Sony and HTC? Let's find out.

The P8 will be available in early June, and will be available in a Standard version with 3GB RAM and 16GB internal storage for €499 (~S$722), or a premium version with 64GB internal storage for €599 (~S$868). It's worth noting that both versions of the P8 support expandable microSD storage up to 128GB (but you'll have to give up one of the Nano-SIM slots to use it - yes, it  has dual SIM support).

And if phablet-sized smartphones are more your thing, look out for the 6.8-inch (yes, you read that right) P8 Max, which is due out later this year.

The P8 is super slim. In fact, at just 6.4mm it's one of the thinnest phones out there. Best of all, unlike the iPhone 6 and Samsung Galaxy S6, it's completely flat, with its camera bump sitting flush with the rear of the device. Compared to last year's P7, the P8 looks a bit more squarish, with the curved edge along the bottom of the P7 now gone.

On the front of the phone, razer thin bezels have allowed Huawei to pack a 5.2-inch Full HD display into a pretty compact-sized phone, and the P8 actually boasts one of the best screen to body ratios around, at 78.3 percent (for reference, the front of the iPhone 6 is only 65.8 percent, and the front of the Samsung S6 is 70.8 percent). The display is topped with Gorilla Glass 4, and Huawei has also given it a nano-coating to protect it from liquids spilling on top of it. 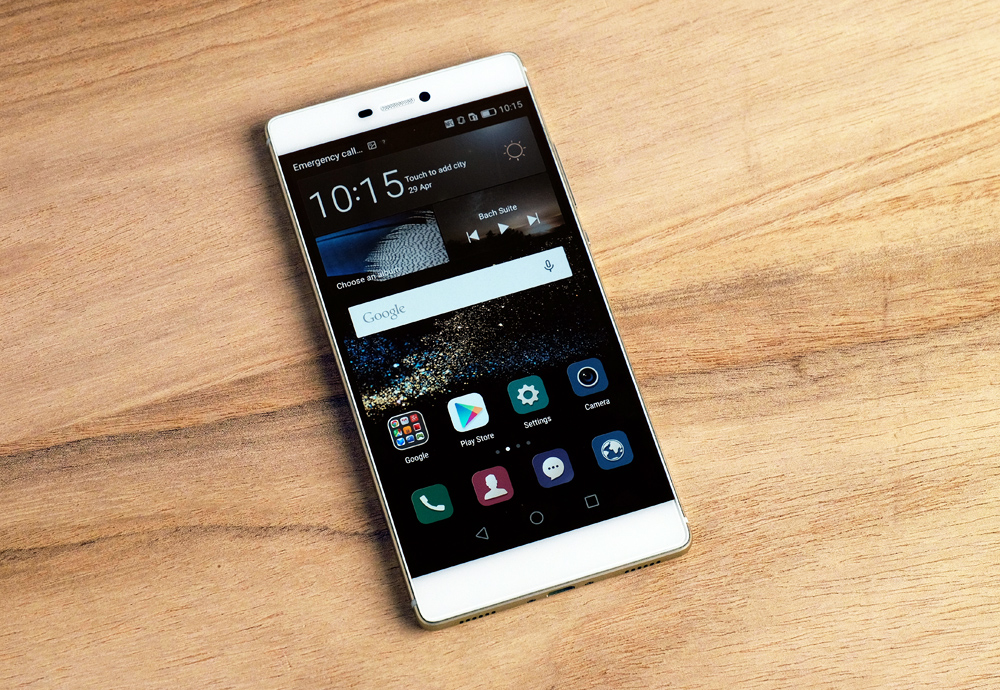 The square design is echoed in the interesting squarish power button, which can be found on the right-side of the phone. Over here, you'll also find the volume rocker and slots for the nano SIM card and microSD card slots (which also doubles up as a second nano SIM card slot).

Despite the more squarish look of this year's P8, the frame of the phone isn't entirely flat; it's slightly rounded, although the curve is far less pronounced than the ones found on the iPhone 6. It's actually just enough to make the phone comfortable to grip, without being too slippery.

On the bottom of the phone, you'll find the micro-USB port and the P8's dual speakers. Huawei has put some effort into making the P8 a decent audio player, and it boasts an on board Hi6402 DSP for improved audio quality. 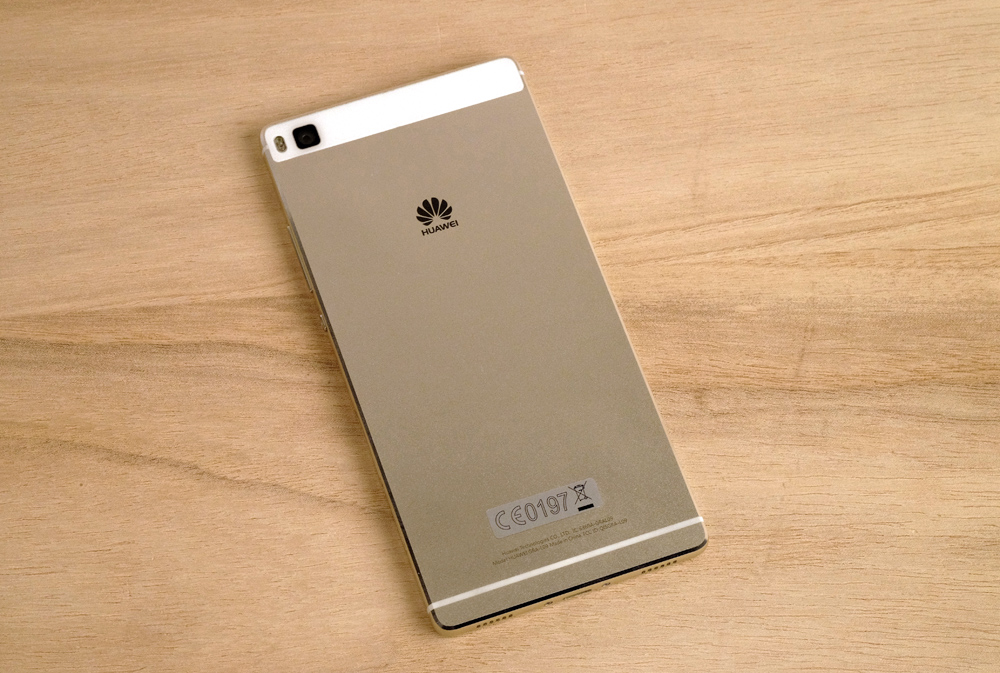 On the Mystic Champagne color variant, the antenna lines and camera module bar are white, whereas they're black on every other color: 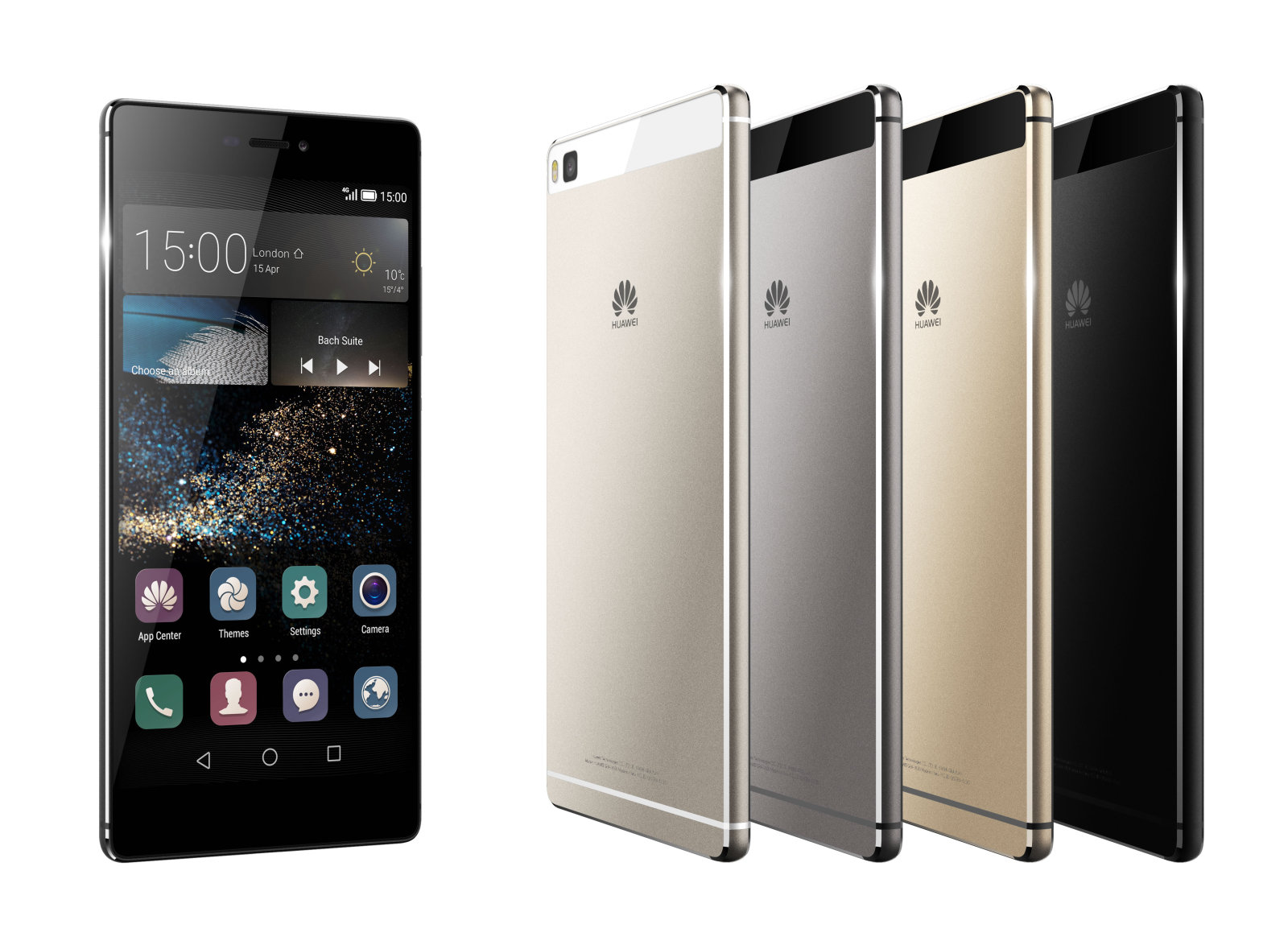 The P8 is armed with a 5.2-inch Full HD 1920 x 1080 pixel resolution IPS-LCD display, giving it 424 ppi, which actually gives it a slightly lower ppi count than its smaller-screened predecessor, the 5-inch P7 (445ppi). Nevertheless, picture quality is still very crisp, with vivid colors, and excellent viewing angles. Contrast could perhaps be slightly better, and the blacks aren't as deep as they could be, appearing slightly bluish with the lights off, but this is a problem shared by all LCD displays. 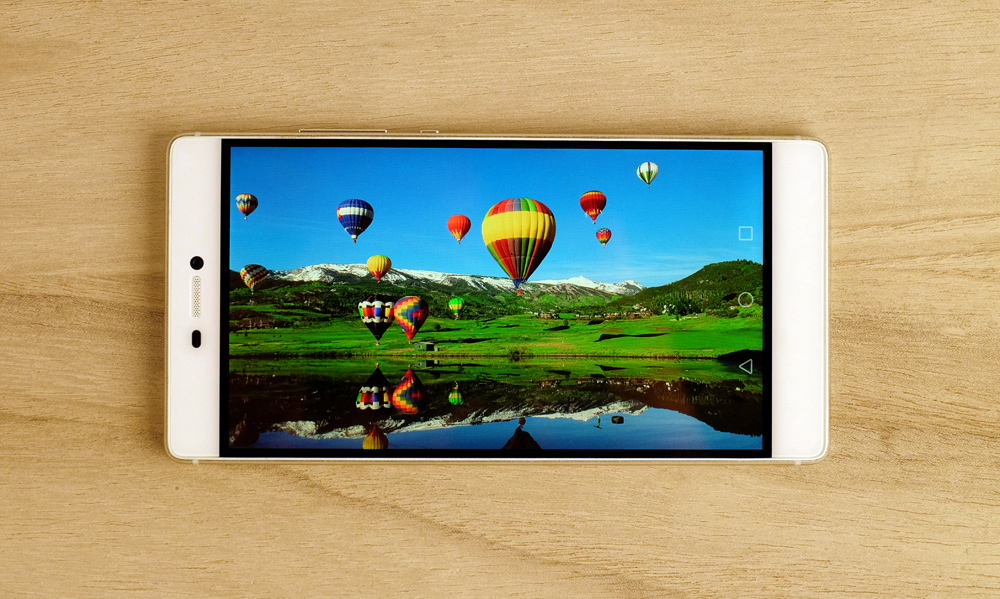 Audio on the P8 is supplied via two speakers located at the bottom edge. Audio quality was reasonable, and the P8 was quite loud too, but honestly we were expecting a bit more from the on-board Hi6402 DSP.

The P8 runs on Android 5.0 Lollipop with Huawei's EMUI 3.1 running over the top of it. As with many China-brand smartphones, the UI removes the app drawer in favor of all apps being displayed on a series of home screens, similar in style to iOS. If you can't find the app you're looking for, a downwards swipe on the screen will bring up a handy search feature. There are a few other peculiarities too. For example, the recent apps screen doesn't show apps in Lollipop's rolodex card-style but instead displays each app as a small thumbnail. 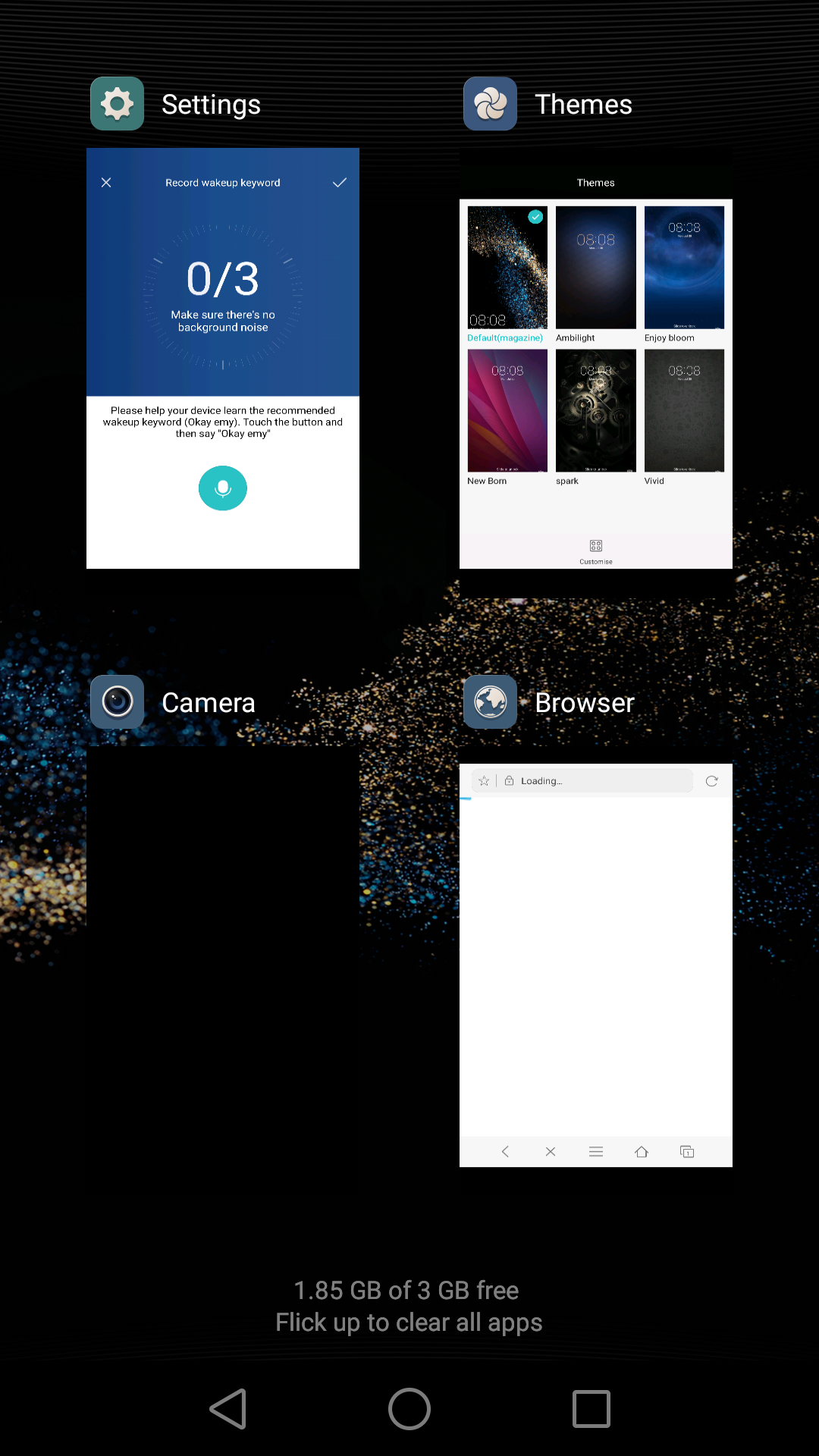 Huawei has also thrown in a whole host of new, but specific features. For example, it has an automatic international dialer that removes the hassle of remembering international country codes. There's a "Loud mode" for taking phone calls in noisy areas, and there's even a wind reduction feature for cutting down the sound of noisy wind interference on your phone call. As with many Android phones, Huawei has also added a themes feature where you can skin the entire UI. 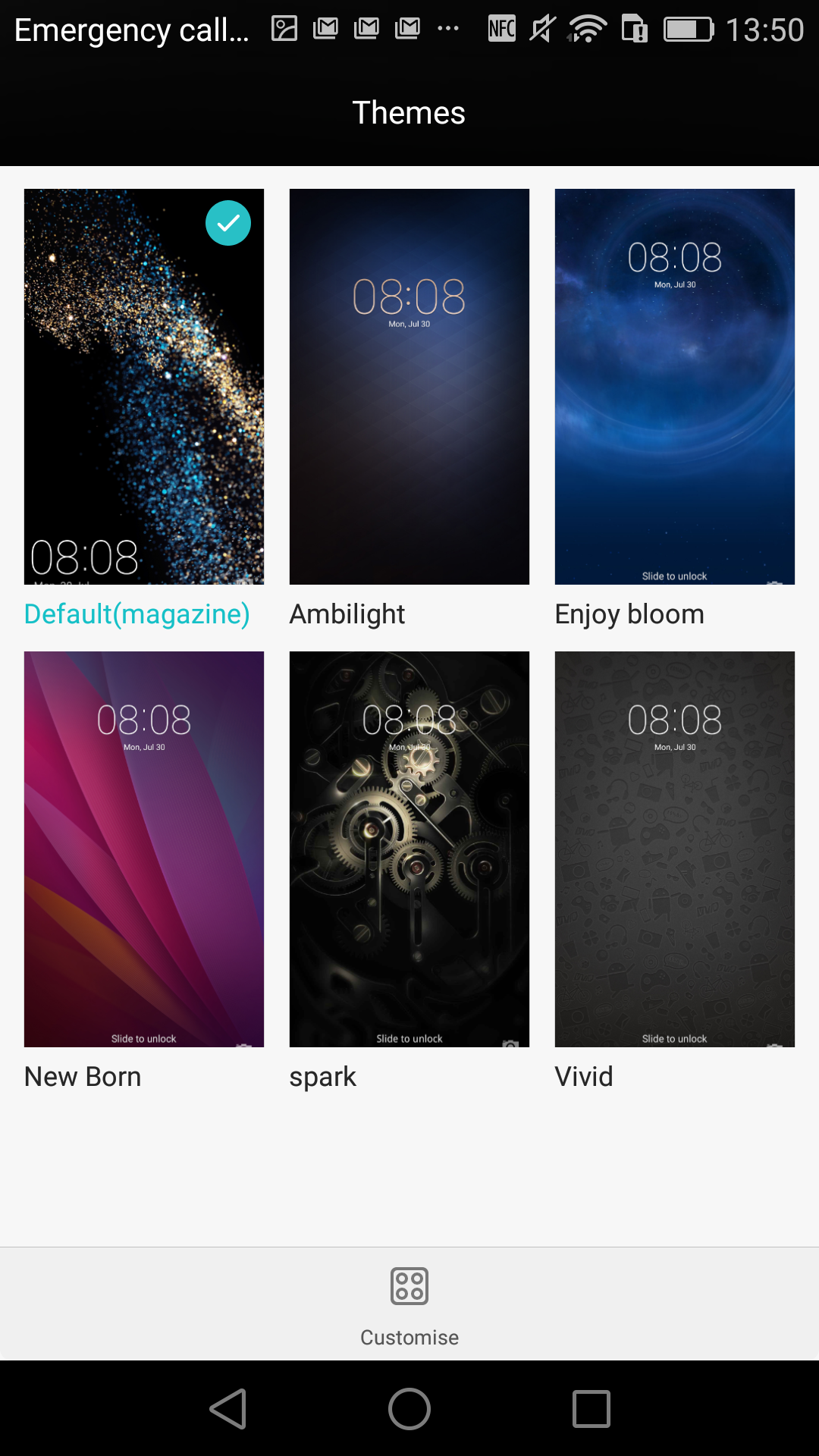 One feature that we can't quite get our heads around is the P8's Knuckle Sense feature. In theory, Huawei claims it has developed a new input system that can recognize the difference between your finger and your knuckle, thereby opening up new functions and input shortcuts. For example, double tap the screen with your knuckle and you can take a screenshot, or draw a rectangle with your knuckle to crop a picture. If that sounds awkward to use, it's because it is. It's definitely not something you can do one-handed and the recognition itself is somewhat a hit or miss affair. For example, it works when I use my thumb or middle finger knuckle, but not my index finger knuckle. Additionally, it occasionally thinks I'm using my knuckle when I'm actually using my finger and takes a screenshot I didn't want. At times, I wish I could turn it off entirely (after all, how often do you take screenshots), but unfortunately there doesn't seem to be an option for that.

The P8 also has a feature called Speech Awareness, which is somewhat similar to the Moto X's Moto Voice. You can say a phrase to wake your phone up and then issue it commands. For some reason the default phrase is "Okay emy," but you can change it to anything you like. 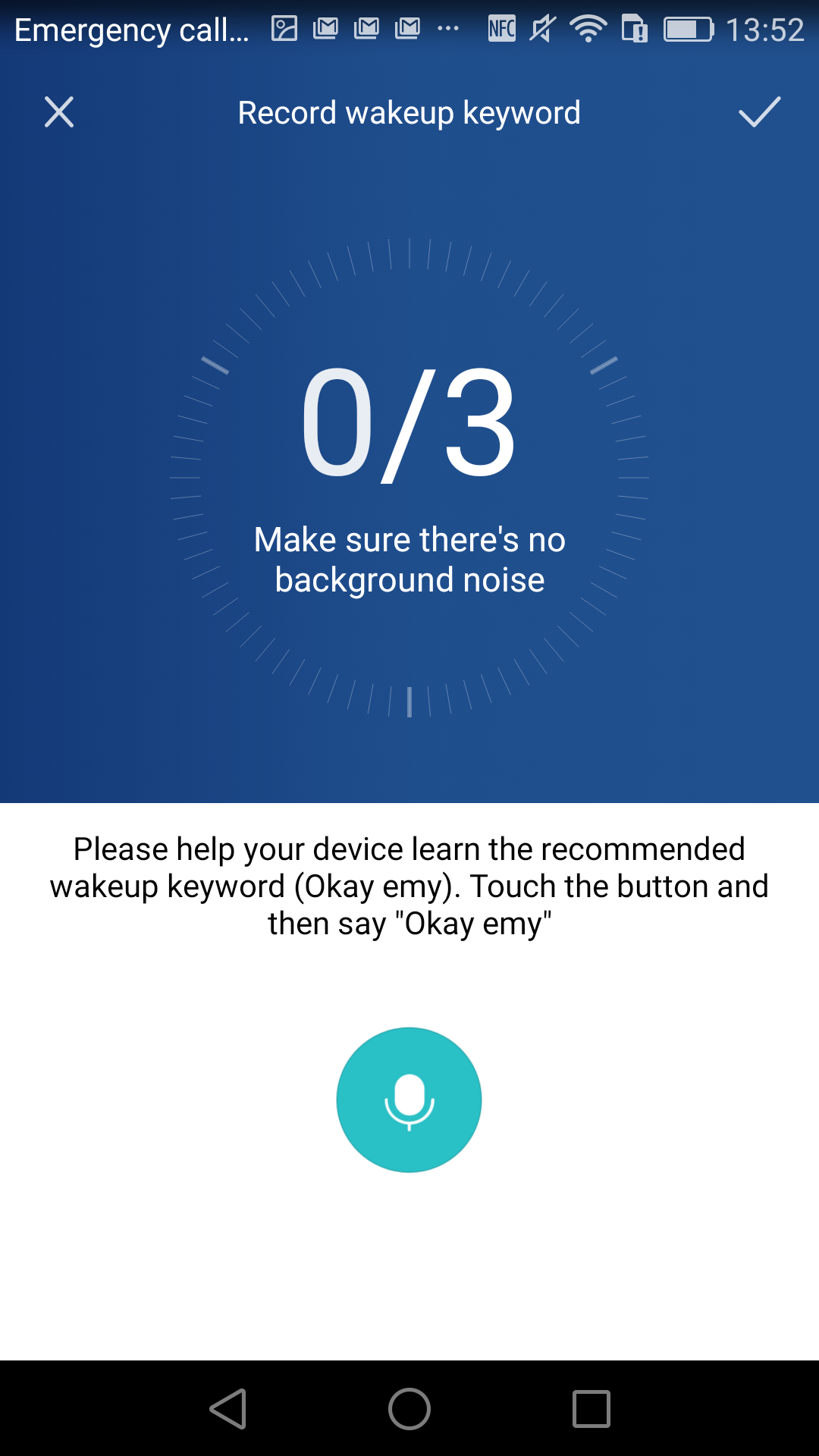 Another strangely implemented but actually quite useful feature is the P8's find my phone feature. By using the voice command "Hey, Buddy!" (mercifully, you can customize your own command), you can wake your phone up. Then just yell out "Where are you?" and it will cheerfully respond "Here I am!" It's not exactly "Her" but if you're anything like me and frequently misplace your phone, this feature is actually pretty handy.

Write a Review
Compare This | Specifications
Thin, light, all-metal design
Decent camera performance
Unique features
Poor benchmark performance
High-end games may stutter due to old GPU
Our articles may contain affiliate links. If you buy through these links, we may earn a small commission.
Sponsored Links