What’s the story behind the XPS 13? 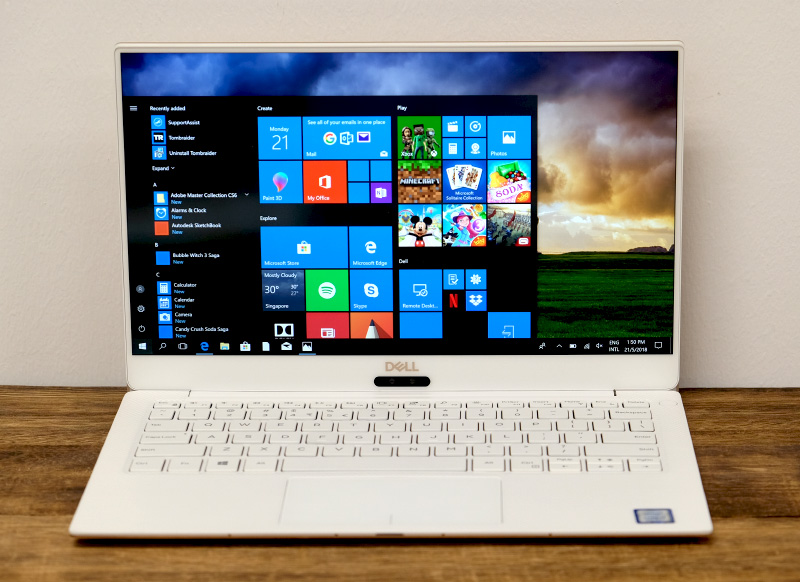 At CES 2018 earlier this year, Dell showed off its new XPS 13 notebook. You can find our initial coverage here. and our hands-on report here. Unlike some of its competitors, it wasn’t just a processor upgrade as the new XPS 13 is new on the inside and outside - sporting new processors, a new cooling system, and a redesigned chassis. 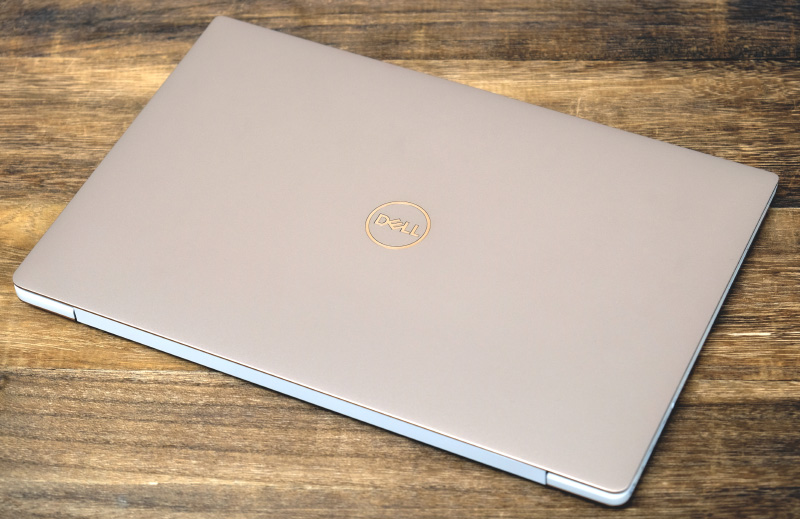 Color - Let’s start with the big one and that’s color. There’s a new rose gold colorway that comes with what Dell calls an ‘alpine white woven glass fiber’ palm rest. Basically, the palm rest is white and it has a carbon fiber-like pattern. To ensure that it stays white through its lifespan, it has been given a special protective coat to make it resistant to UV light and stains. For traditionalists, the XPS 13 is also available in good old black and silver.

Thinner & lighter - What’s a new notebook if it isn’t thinner and lighter? Dell managed to shave off a couple of crucial millimeters off the new XPS 13. It is now 11.6mm thick, which compares favorably against the 15mm of the model it replaces. Weight has gone down slightly from 1.29kg to 1.21kg.

Cooling system - Gore-Tex: that’s the main ingredient in the XPS 13’s new cooling system. It has a thermal conductivity that’s lower than air and it is used in the XPS 13 to repel heat and direct it out of the system.

Display - InfinityEdge, that’s the USP of the XPS 13 and it is still present in the new model. The newest model has even thinner bezels on the top and sides (only about 4mm), which makes the display look even more striking. You have the choice of Full-HD or 4K resolution, but you have to opt for the 4K display if you want a touchscreen. The display is protected by Corning Gorilla Glass 4. 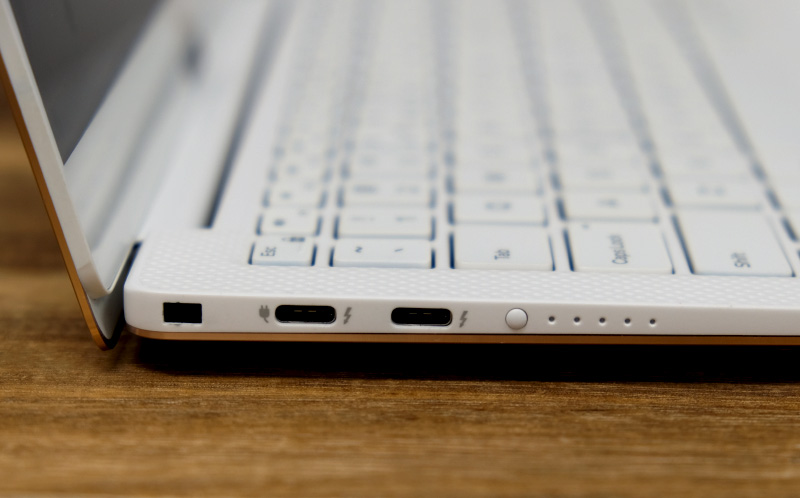 Ports - Possibly the most controversial update of them all is with the ports. In order to make the new XPS 13 as thin as it is, Dell had to forgo conventional USB-A ports. So what we have on the new XPS 13 are three USB-C ports, two supporting Thunderbolt 3 and one supporting USB 3.1. You can use any of the three USB-C ports for power and charging. Additionally, the new XPS 13 gets a microSD card reader in place of the full-size SD card reader in the old model. Avid photographers are not going to be pleased about this. Fortunately, the headphone jack is still intact.

Which unit are you testing?

The model I have is the rose gold model. It has a quad-core Core i7-8550U processor with 16GB of RAM and a 256GB SSD. We've tabulated all other configuration options at the end of this page. 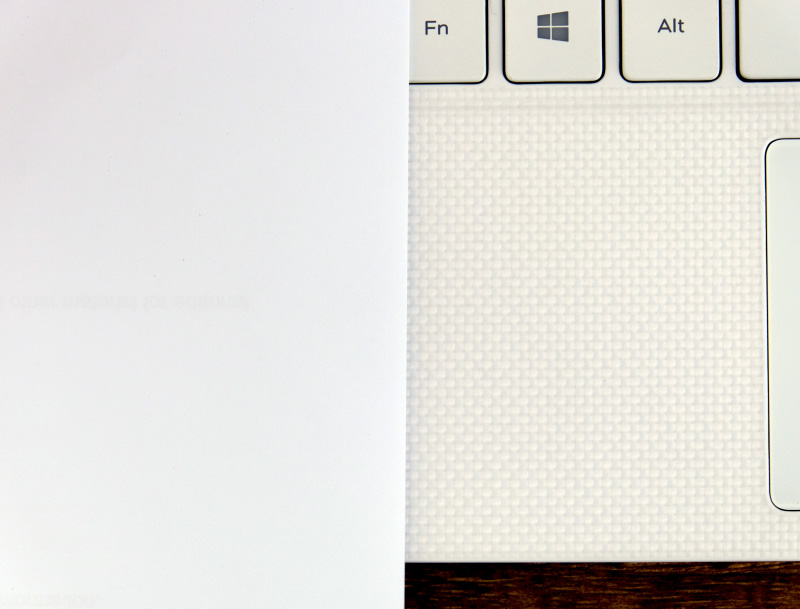 The bigger issue, I think, lies with the ‘alpine white woven glass fiber’ palm rest. To my eyes, as well as my colleagues', it appears slightly yellowed. This is especially evident when placed next to a white sheet of paper.

Colors aside, is the new XPS 13 still as well-built? 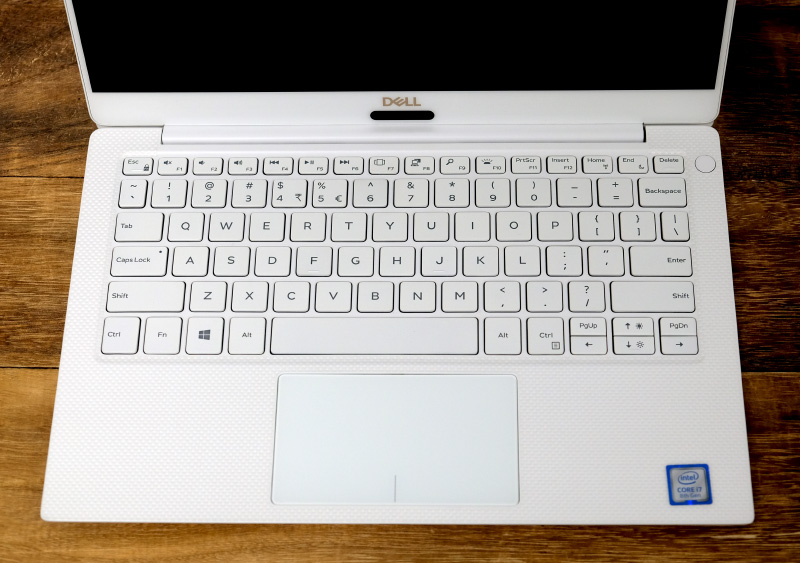 Like the model it replaces, the XPS 13 feels like a premium product through and through. It feels solidly put together. The aluminum chassis is well finished and there’s no flex in the chassis. The keyboard feels bullet-proof too. Each key feels nicely weighted and tactile. Likewise the trackpad, which I found to be smooth and highly responsive and accurate.

Does the new cooling system work?

That depends on how you look at it. In my tests, I found that the XPS 13 exhibited none of the throttling issues found in some other notebooks of its class. Even under heavy graphics load, the XPS 13 would give consistent results, run after run. However, the fan is pretty loud and gets bothersome. Additionally, the notebook, when under heavy loads (think gaming), can feel quite warm. The left side, especially the top left, is noticeably warmer than the right. So yes, it is fair to say that it works insofar as it maximizes cooling and performance but it comes at a cost of a noisy fan.

How is the display? 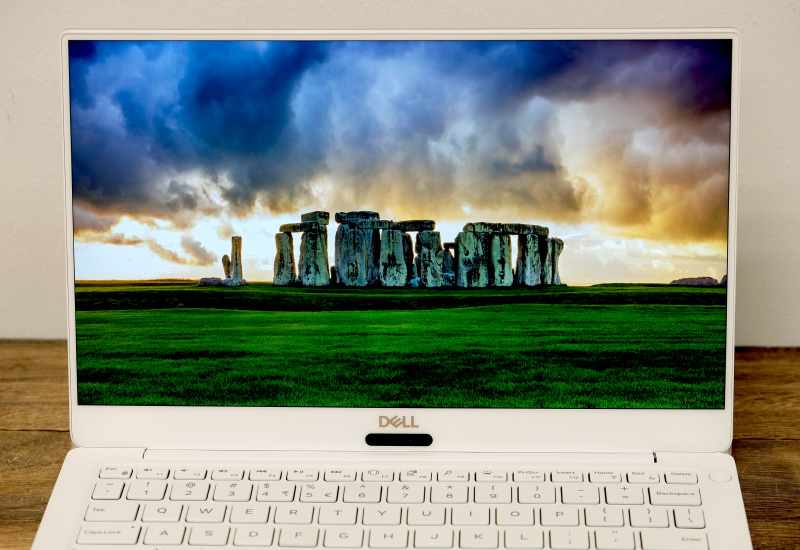 The InfinityEdge display has even thinner bezels. 4mm vs. 5.2mm in the older model. It might not sound like much but it actually translates to a reduction of 23%. More importantly, the 4K display on my unit is super sharp and crisp, and has nice vivid colors. Unfortunately, the thin bezels also mean that the webcam has to be positioned at the bottom of the screen, which gives very unflattering video angles.

Does it support Windows Hello?

Yes, it does! The power button doubles up as a fingerprint scanner, while the cameras are Windows Hello-compliant as well. 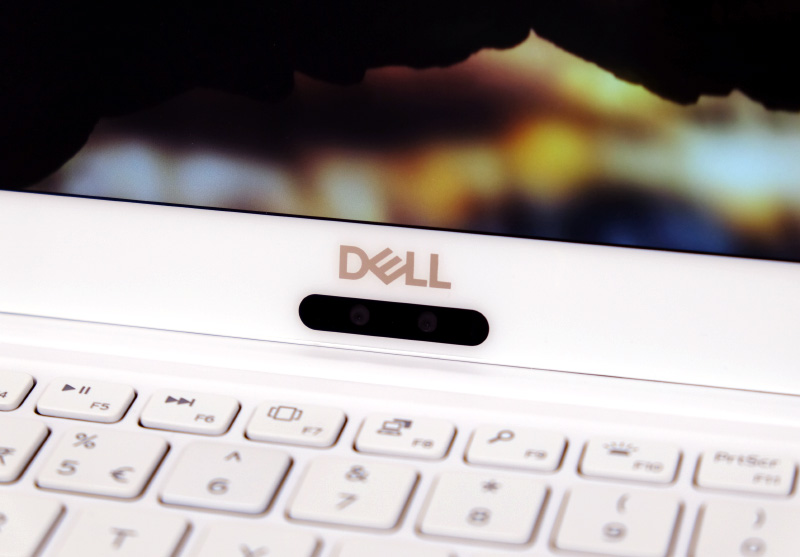 How portable is it?

The new XPS 13 is noticeably slimmer and more svelte than the model it replaces. It is not heavy by any means, but it does feel appreciably heavier than some other comparable ultraportables in its class like the HP Spectre, LG gram 13, and ASUS ZenBook 3 and ZenBook 3 Deluxe.

Right, so what are the available configurations?

There are five configurations in total and they can be limiting depending on your preferences. For example, if you want it in rose gold, you have to settle for one fixed configuration. Additionally, if you require 512GB of storage, then there’s only one configuration. Likewise, if you choose not to have a 4K display, you must make do with 8GB of RAM and 256GB of storage. More configurations or greater flexibility within each configuration would have been greatly appreciated.