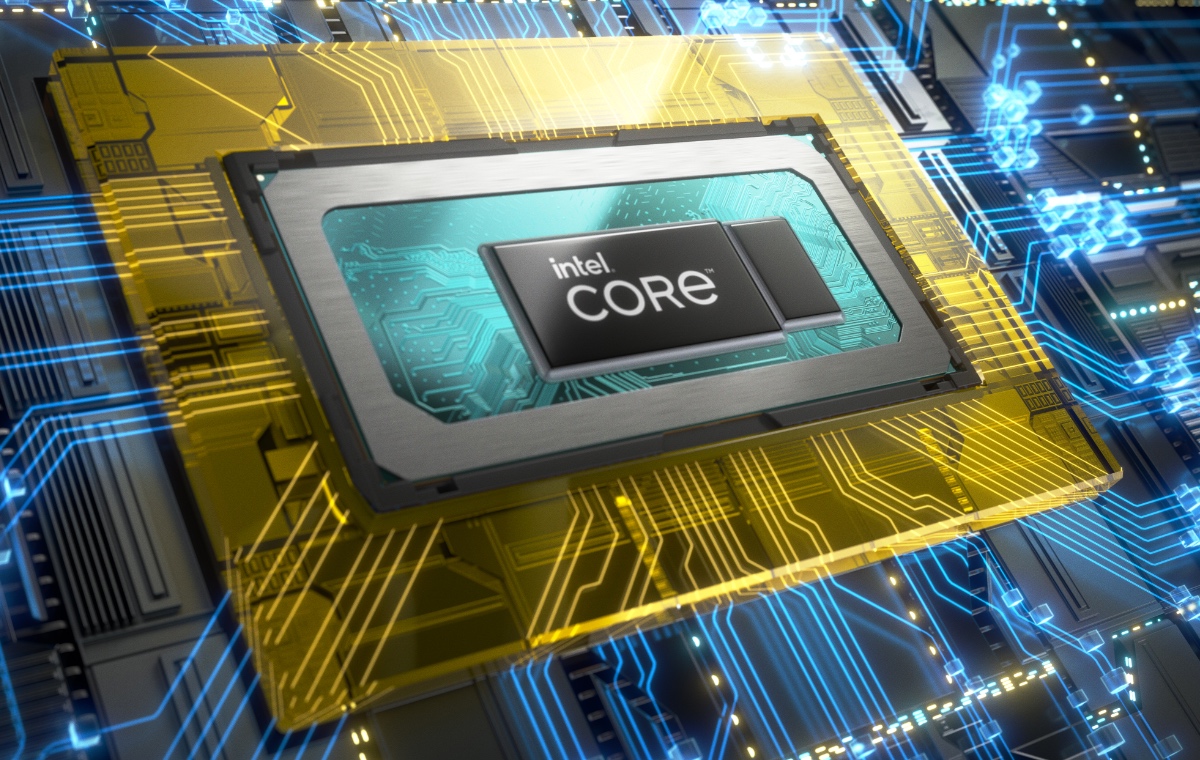 The ZenBook 14X OLED Space Edition is the first notebook I’ve tested to use Intel’s new Alder Lake mobile processor. We’ve written about it in greater detail here so you might want to check that out first.  But the long and short of it is that these processors feature Intel's big-core + little-core implementation – something that Arm processors have had great success with. So like Arm processors, Intel’s Alder Lake processors have performance cores and efficient cores.

The unit is powered by the Core i7-12700H, which is a mid-range H-series part with 14 cores – 6 performance cores and 8 efficiency cores. The base clock speed of the performance cores is 2.3GHz and it’s capable of ramping up to 4.7GHz during intensive workloads. Likewise, base TDP is 45W but the chip can go as high as 115W. Graphics is the integrated Iris Xe with 96 execution units. The notebook also has 16GB of memory and a 1TB PCIe 4.0 SSD.

It will be interesting to see how it compares against the bunch of ultraportable notebooks that I recently tested like the Lenovo Yoga Slim 7 Carbon, HP Spectre x360 14, and of course ASUS’ very own ZenBook 14X OLED.

Performance for the most part was good. I didn’t see big gains in PCMark 10, though its storage scores were good thanks to the fast PCIe 4.0 SSD. Where the ZenBook 14X OLED Space Edition really took off was on the CPU-intensive benchmarks like Geekbench 5 and Cinebench. On these benchmarks, we can really see the prowess of the new Alder Lake CPU. Single-core scores were up around 15% while multi-core scores nearly doubled in most cases. Even the Lenovo Yoga Slim 7 Carbon and its Ryzen 5000 series mobile chip were no match in the multi-core stakes, which really shows how far Intel has come with this new architecture. 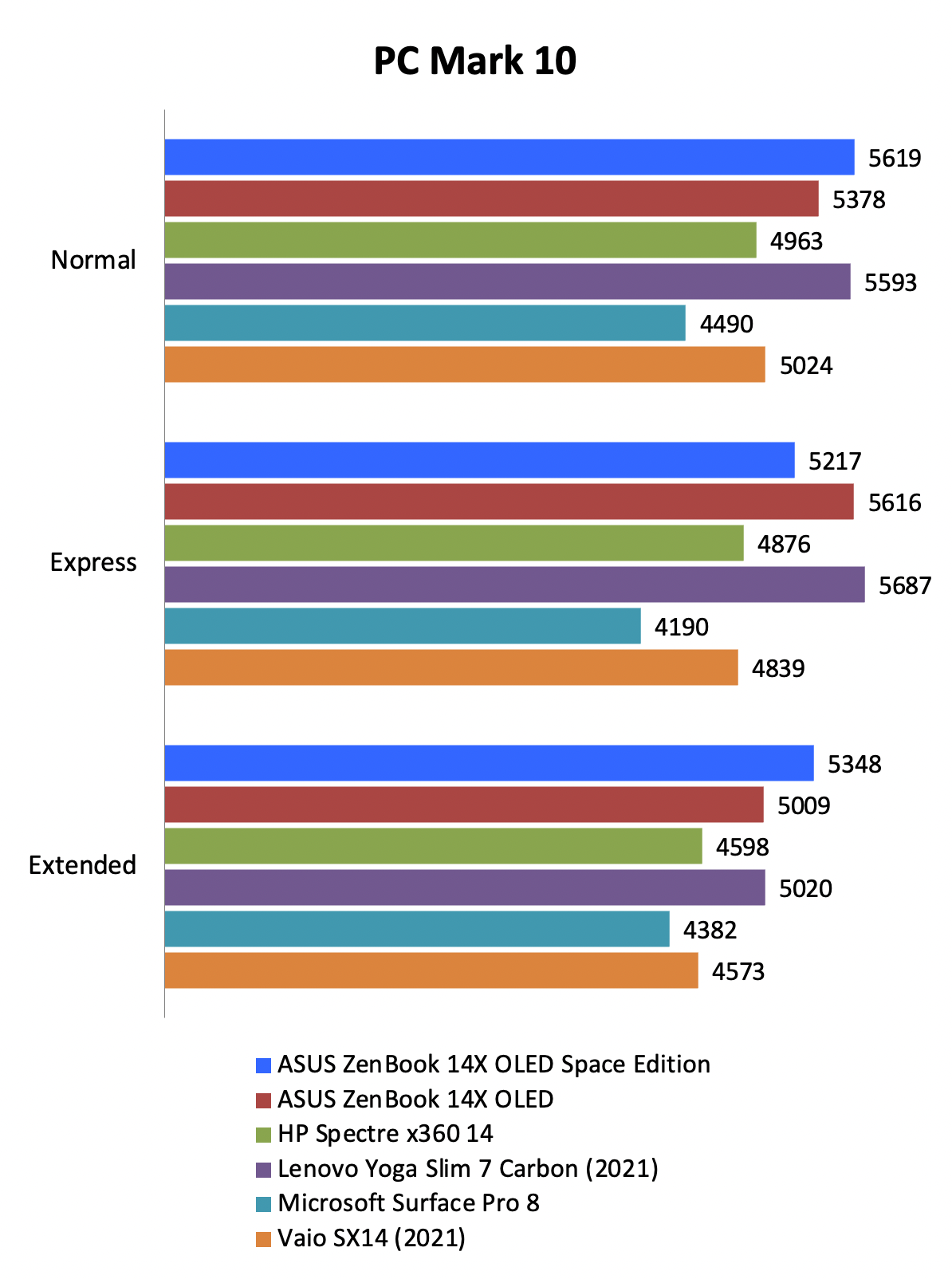 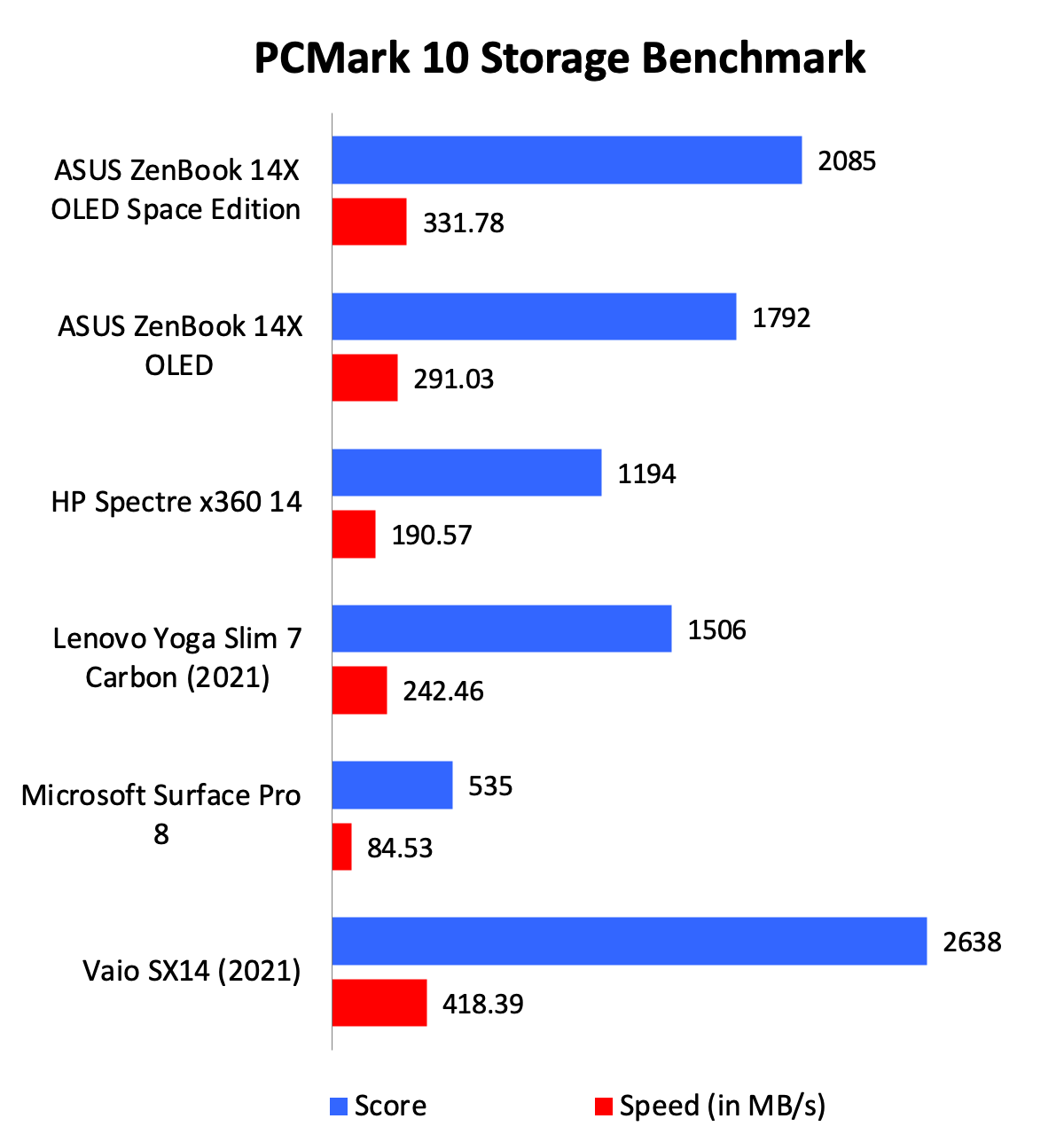 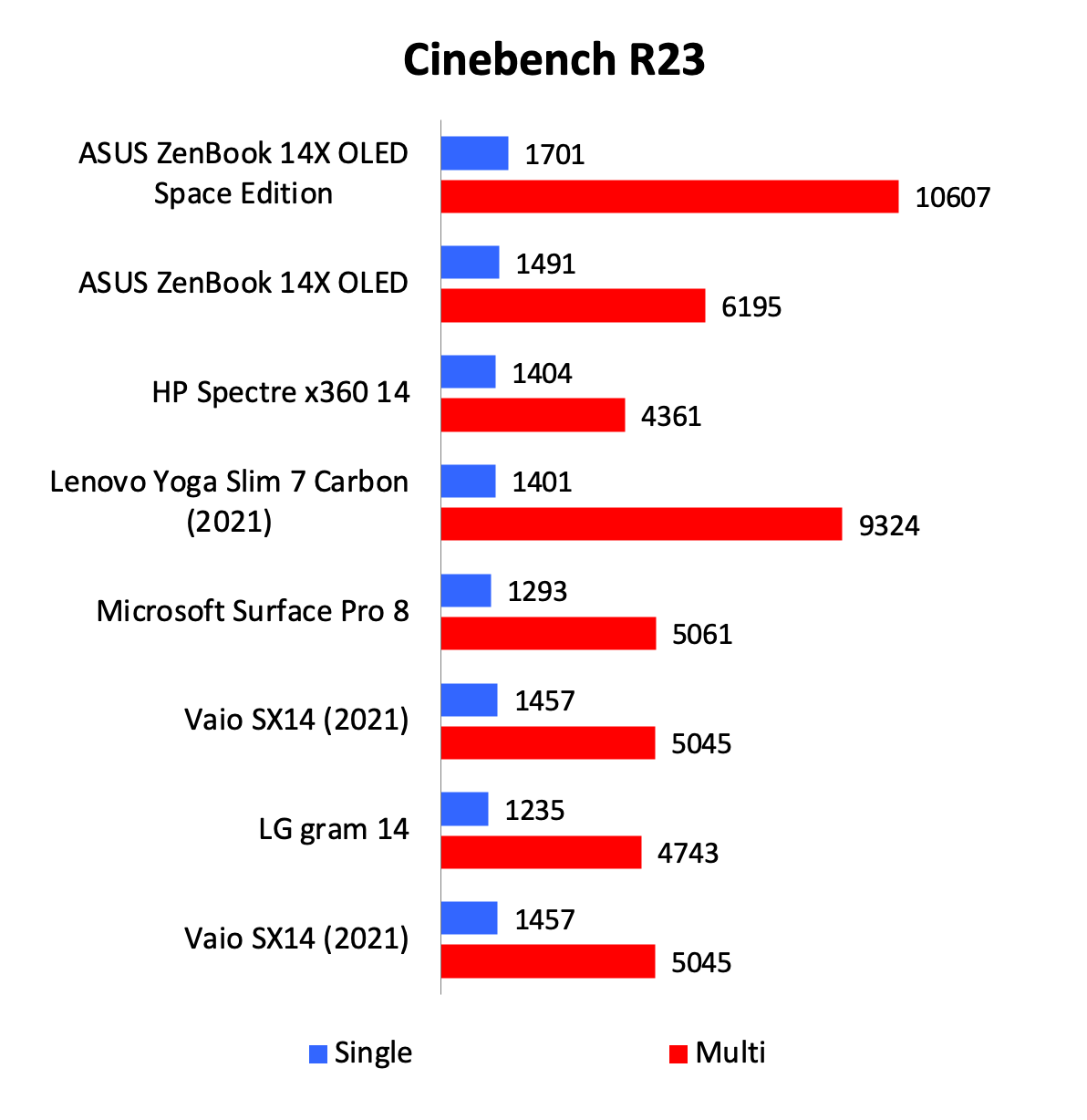 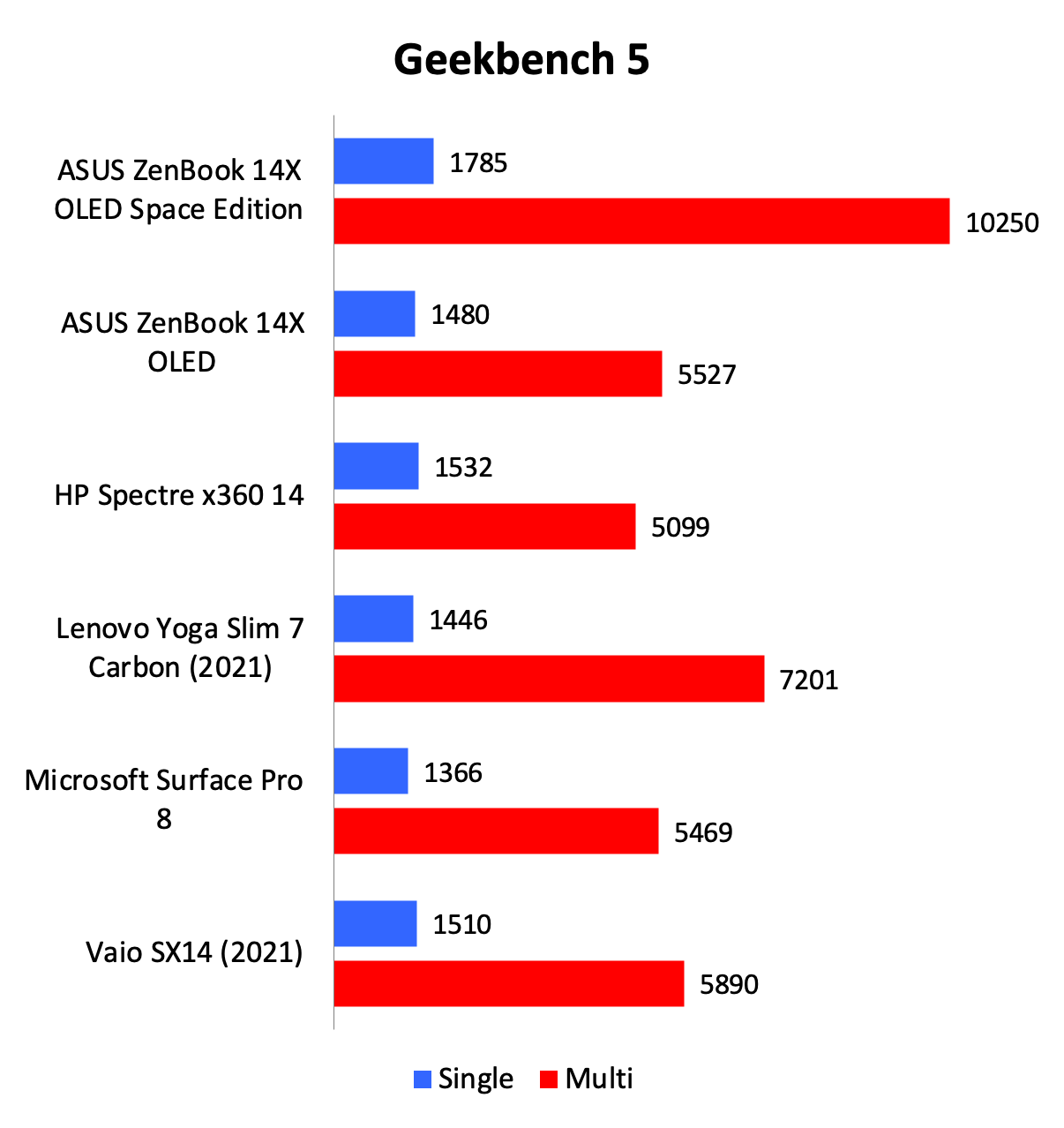 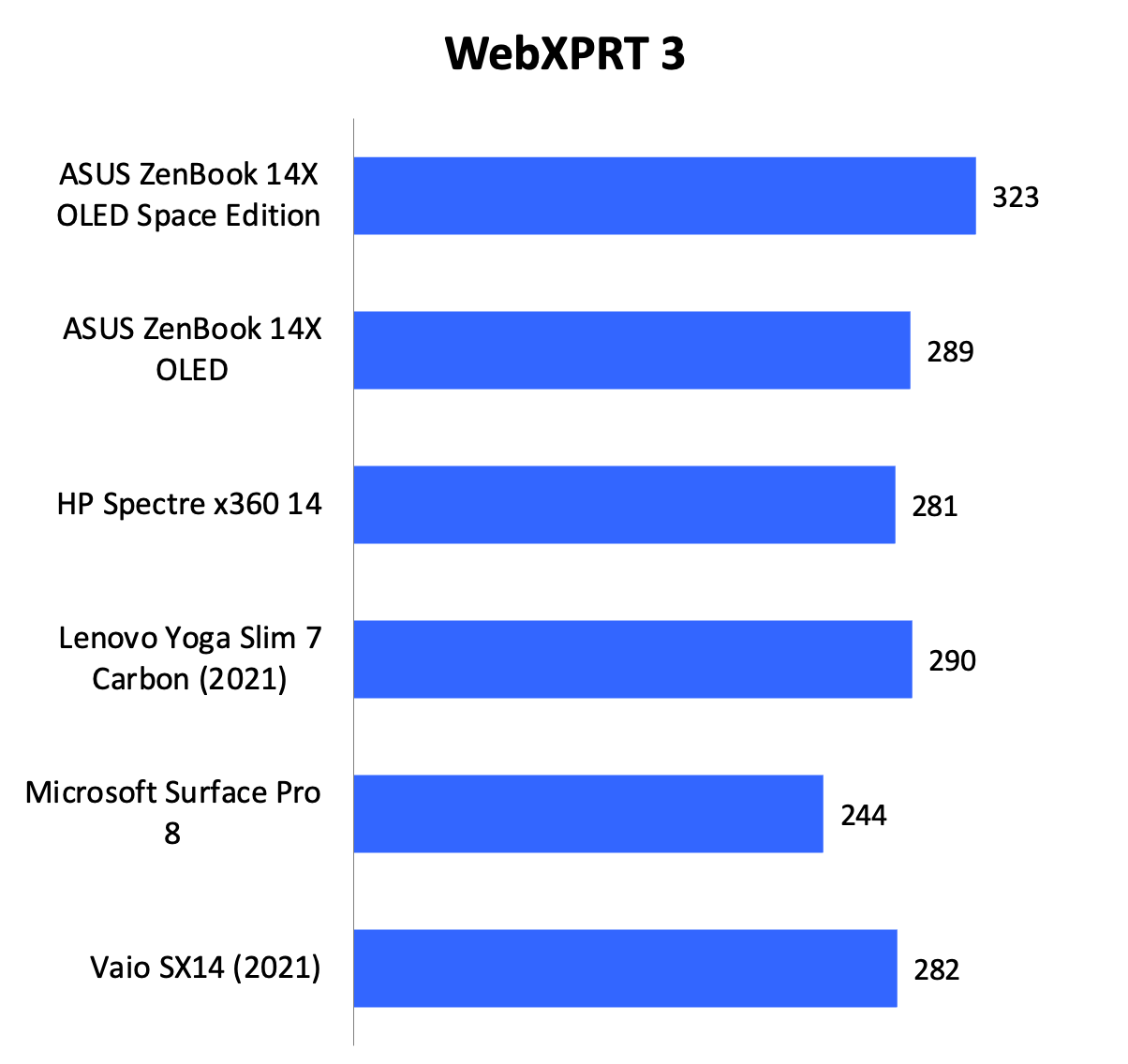 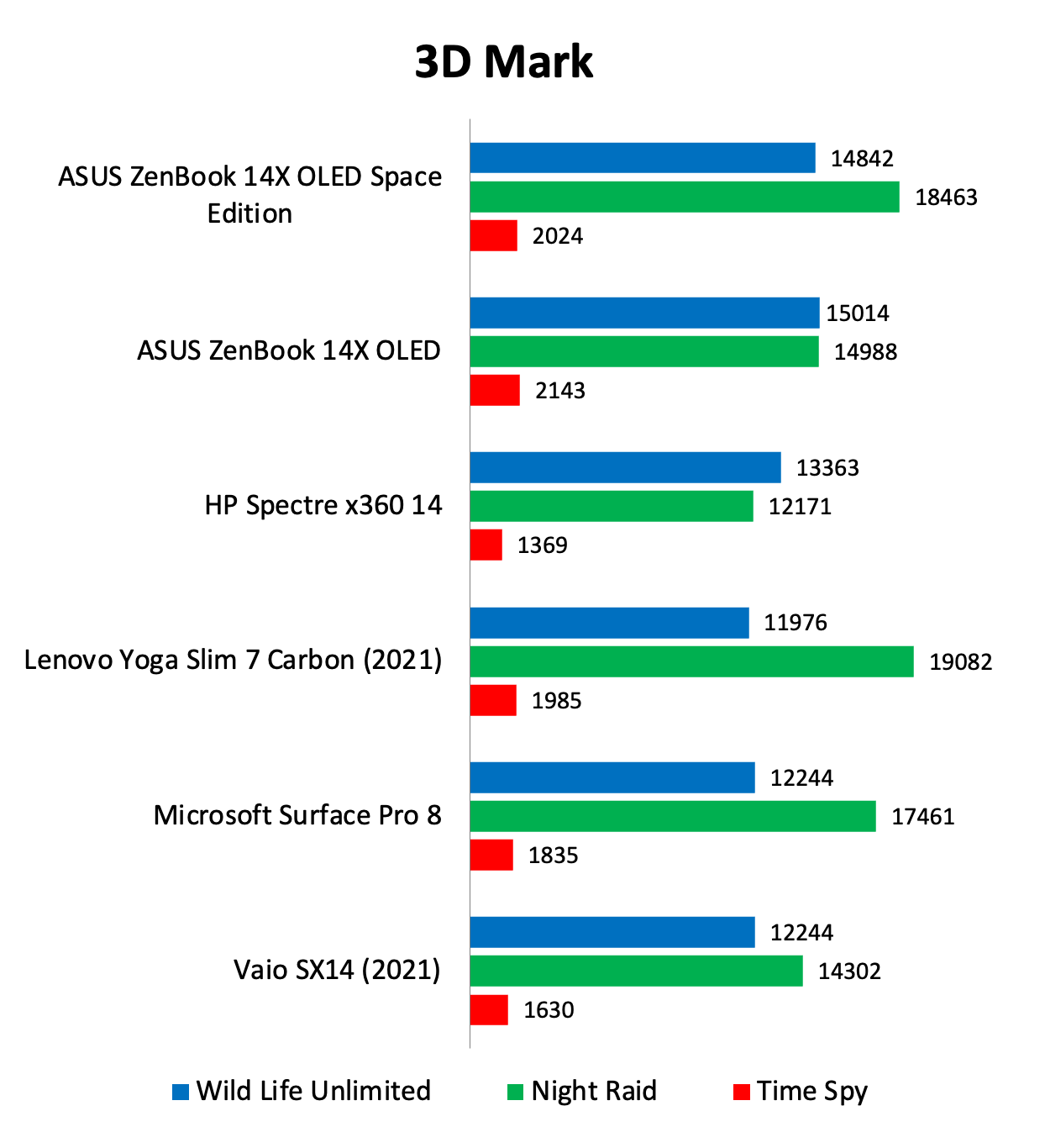 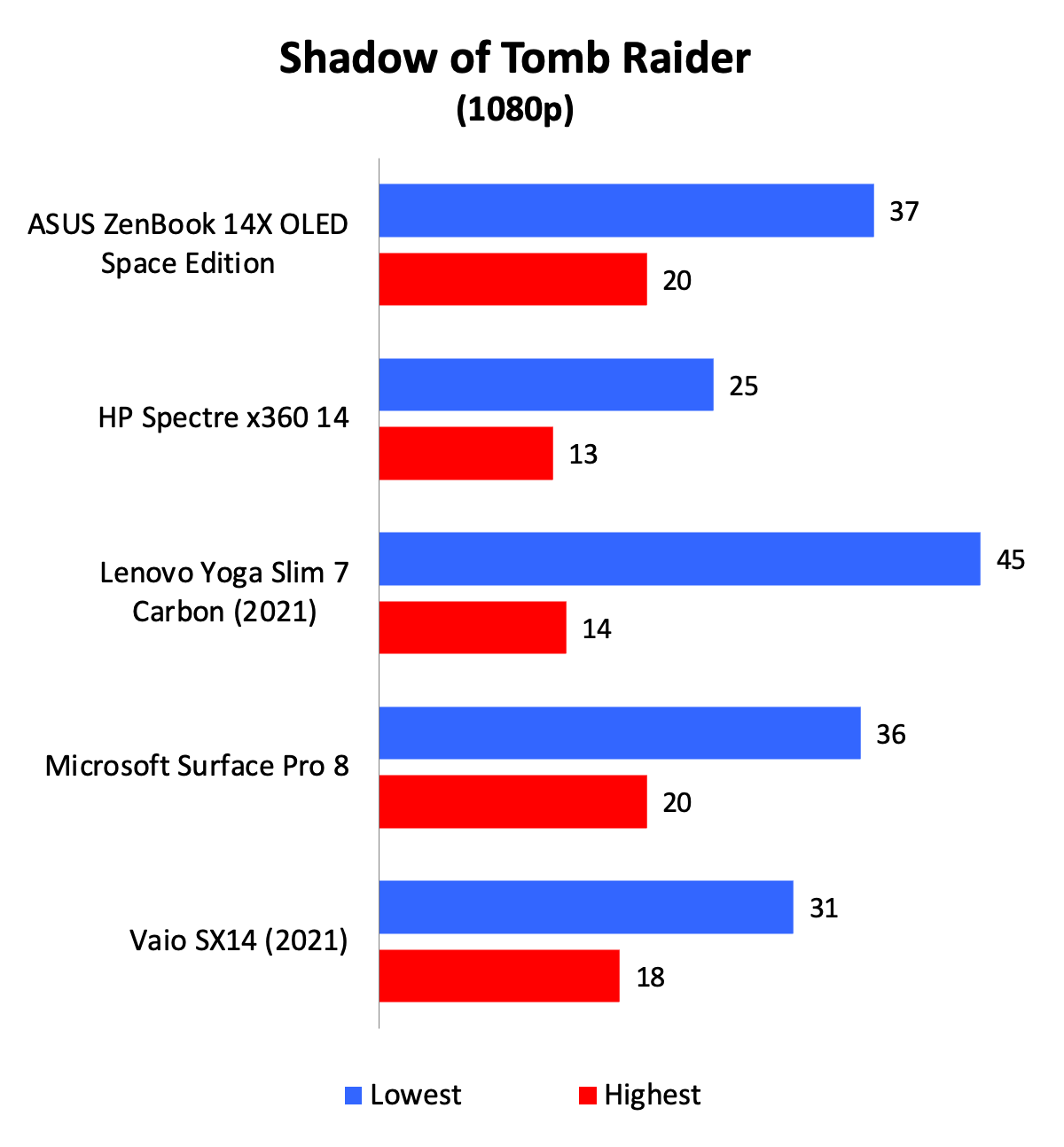 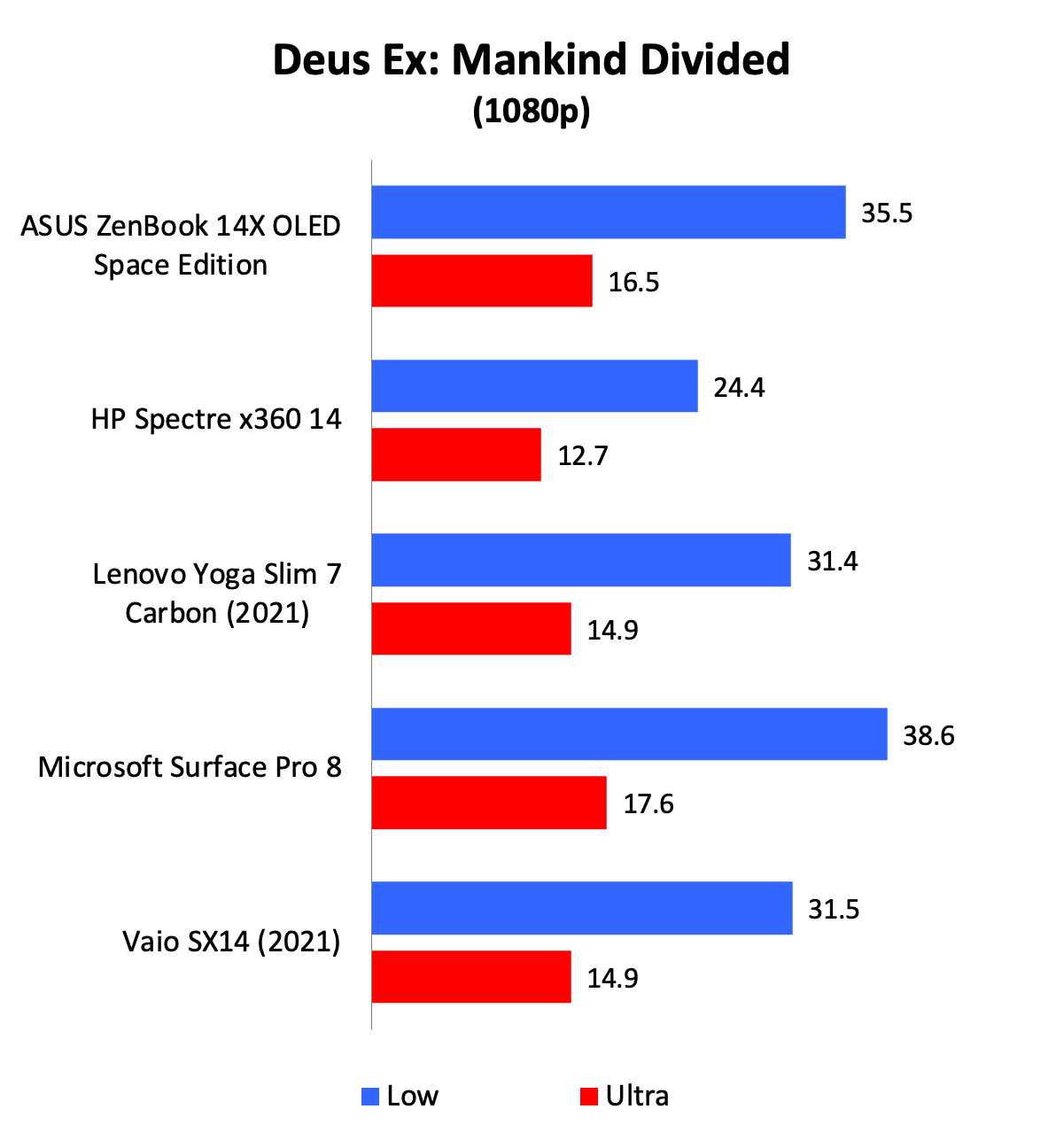 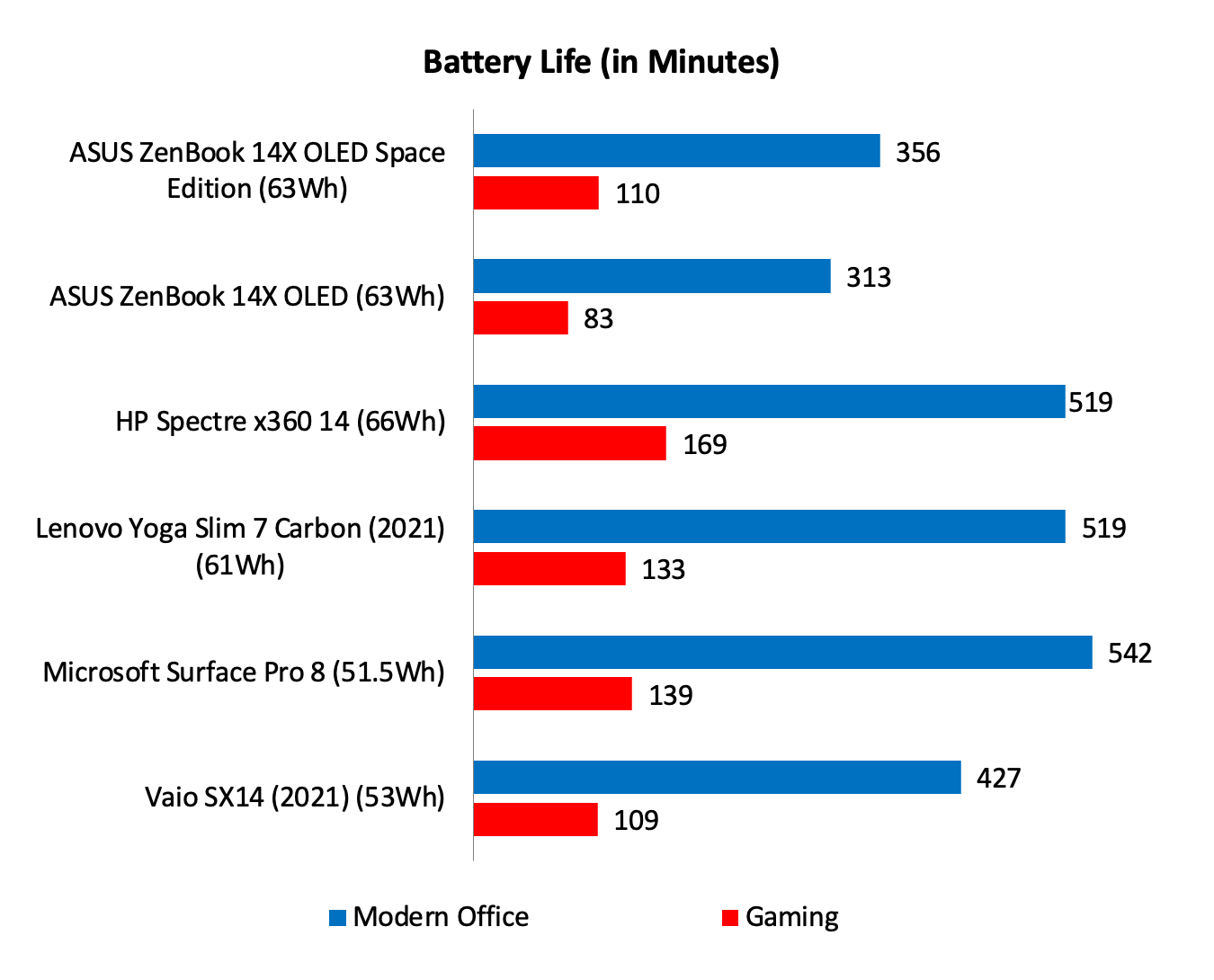 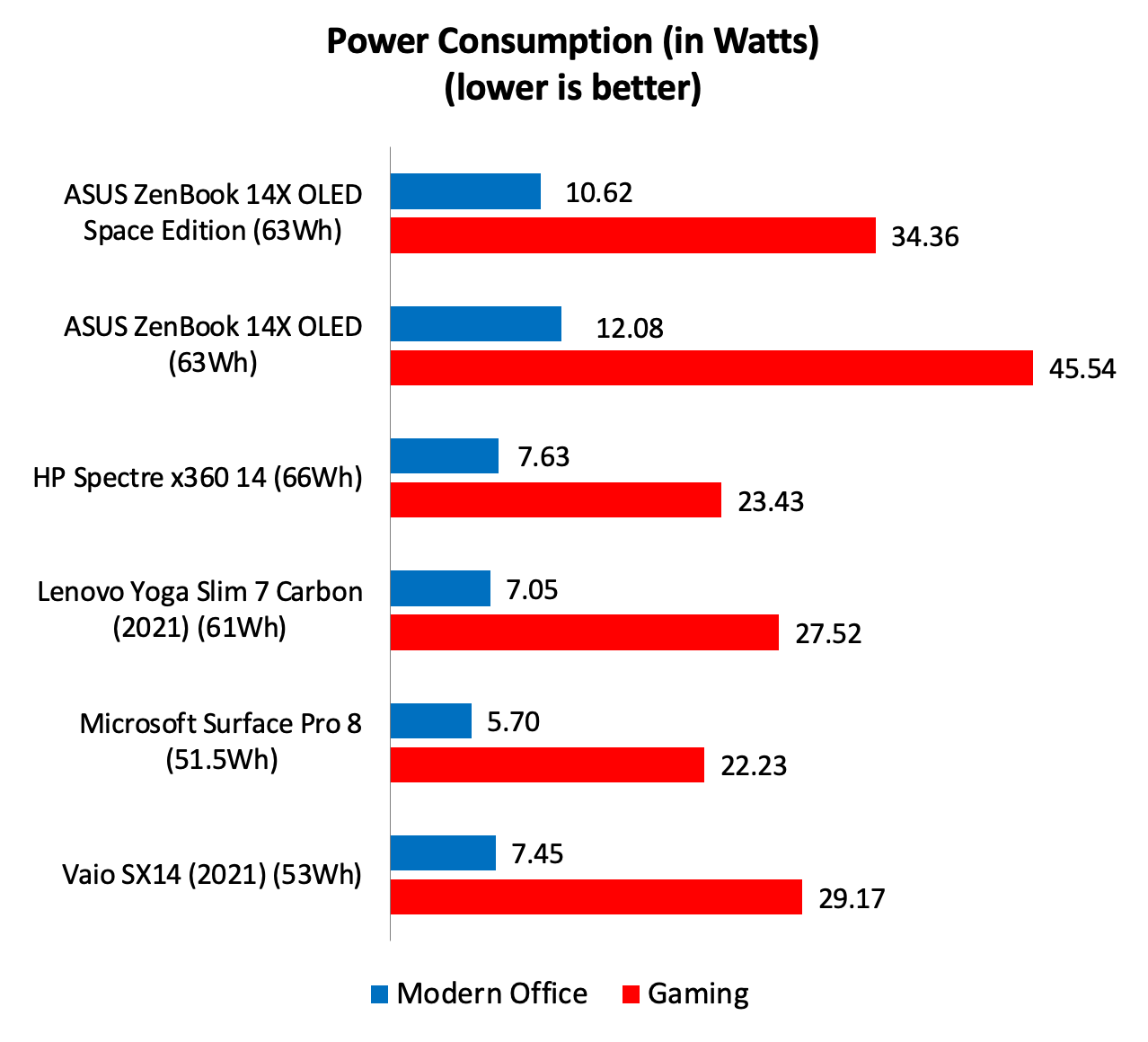 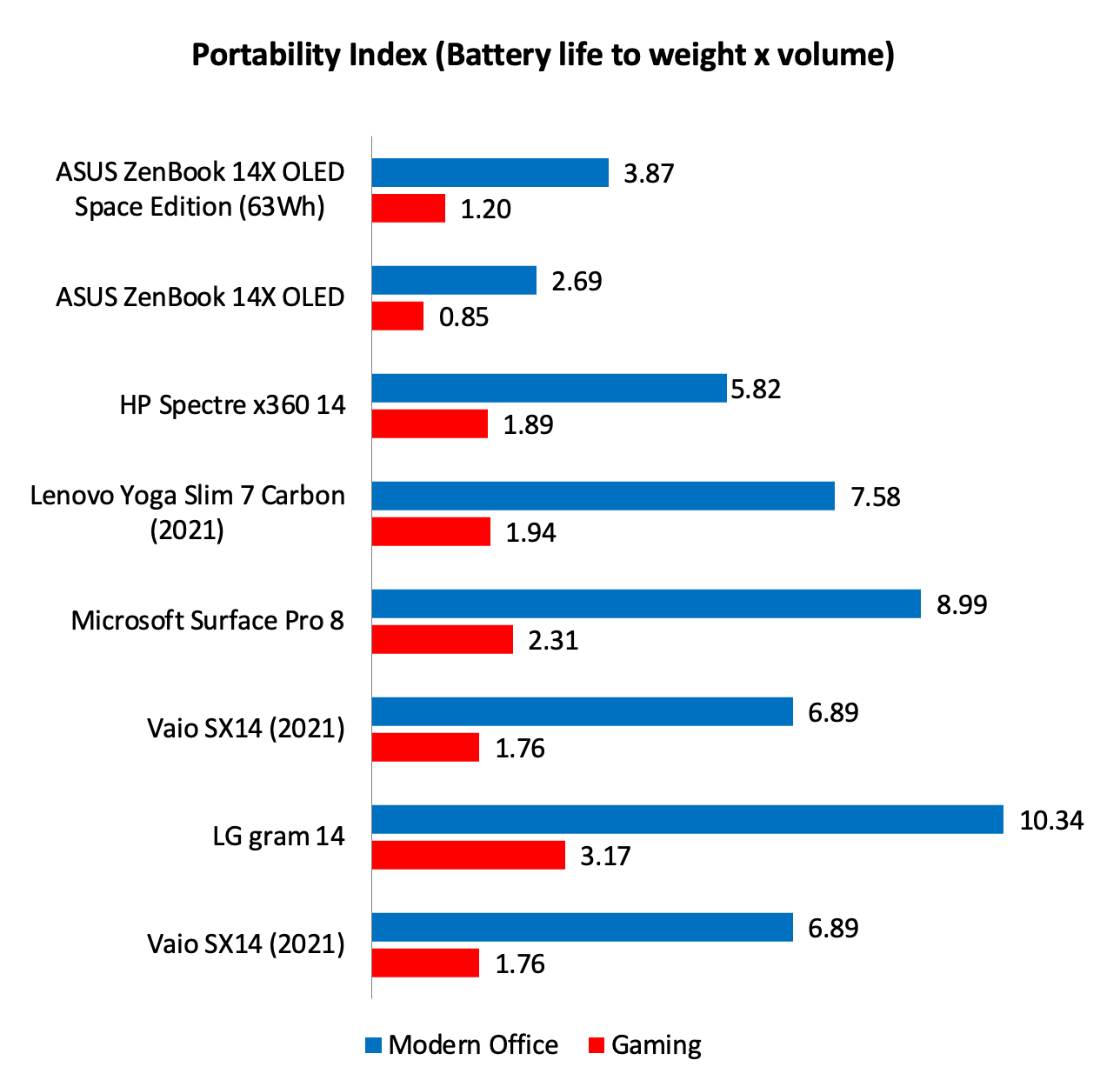 At S$2,698, the ZenBook 14X OLED Space Edition is a rather pricey notebook. Especially when you consider that the soon-to-be-refreshed ZenBook 14X OLED with Intel’s Alder Lake processor will likely come in at a couple of hundred dollars less. That’s a hefty premium for some cosmetic changes. 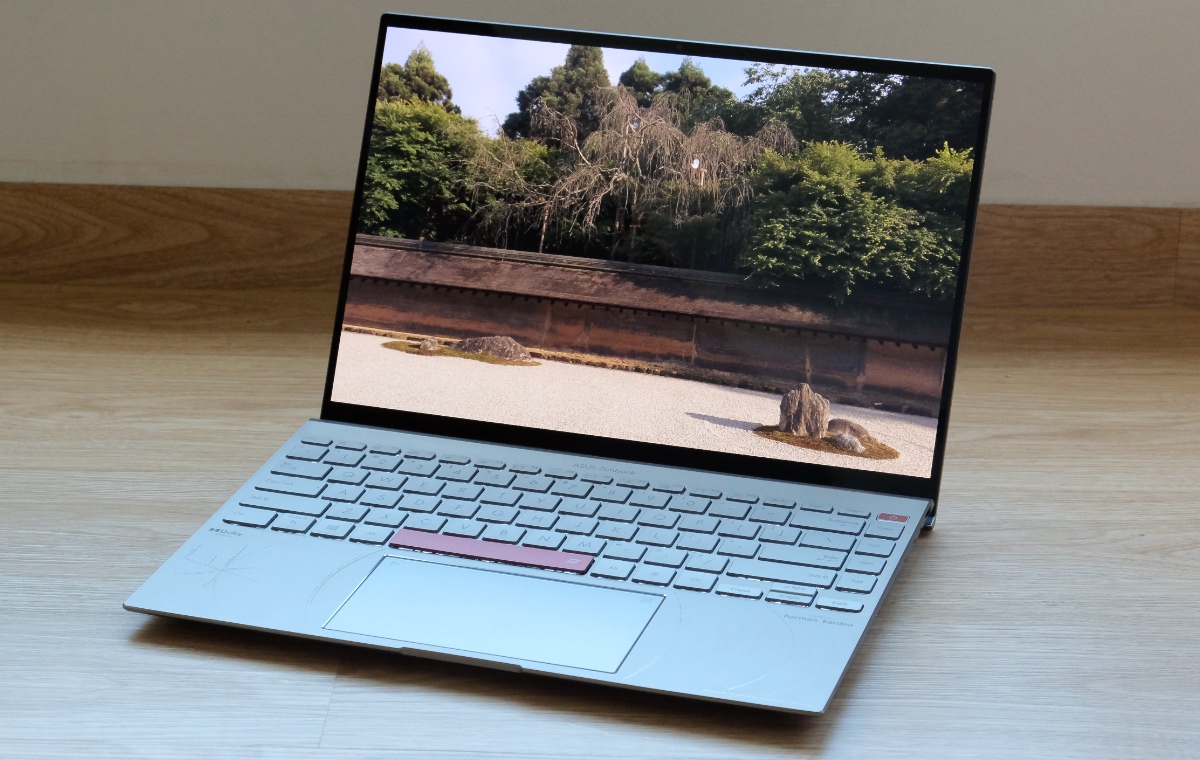 Ultimately, whether the ZenBook 14X OLED Space Edition is right for you will come down to how much of a ZenBook fan you are, or how much do you really like the space-inspired design and that somewhat gimmicky but admittedly very funky customisable OLED display on the front.

If you like it enough to cough up the extra dough that ASUS is asking, this is a fine notebook. The build quality, display, and performance, are all good. The keyboard and trackpad are great and it has a good offering of ports. The only bad thing you could say about it is that it’s a little chunky and heavy, and battery life isn’t the greatest.

If you need us to recommend alternatives, check our great ultraportable notebook shootout.

The ASUS ZenBook 14X OLED Space Edition goes on sale on 29 April and will be available exclusively on the ASUS Online Store and at the ASUS Exclusive Store for S$2,698.