Note: This review was first published on 7 February 2022. 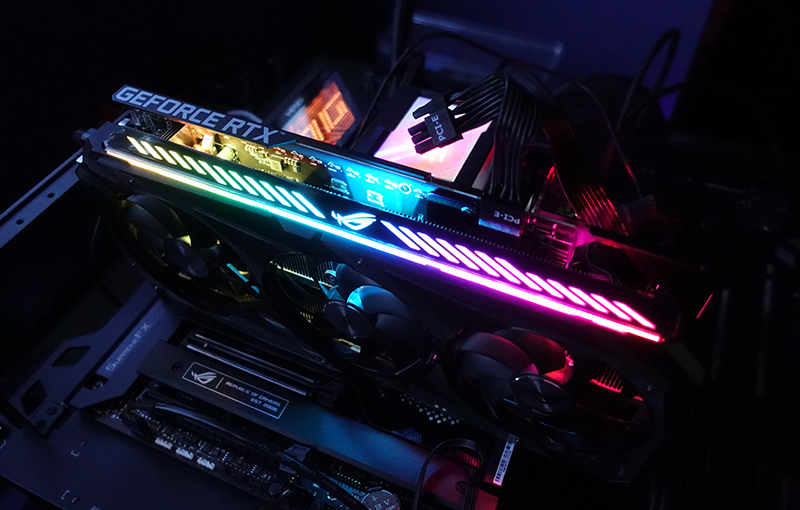 The NVIDIA GeForce RTX 3050 is the company's most affordable Ampere GPU yet. It's designed for gamers who play mainly at 1080p. If you own either the GTX 1650 or GTX 1650 Ti, both of which are getting a bit long in the tooth, the GeForce RTX 3050 will look very appealing.

As it turns out, its main proposition lies in bringing ray tracing and NVIDIA's Deep Learning Super Sampling (DLSS) tech to the masses.

However, there is no Founders Edition model of this card, and NVIDIA is going straight to launch with custom models from its partners.

The ASUS ROG Strix GeForce RTX 3050 OC Edition comes packed with the usual bells and whistles, including a hefty triple-fan cooler that takes up almost a good three slots. That's a lot of room for a card of this class, but ASUS clearly isn't willing to compromise on cooling. 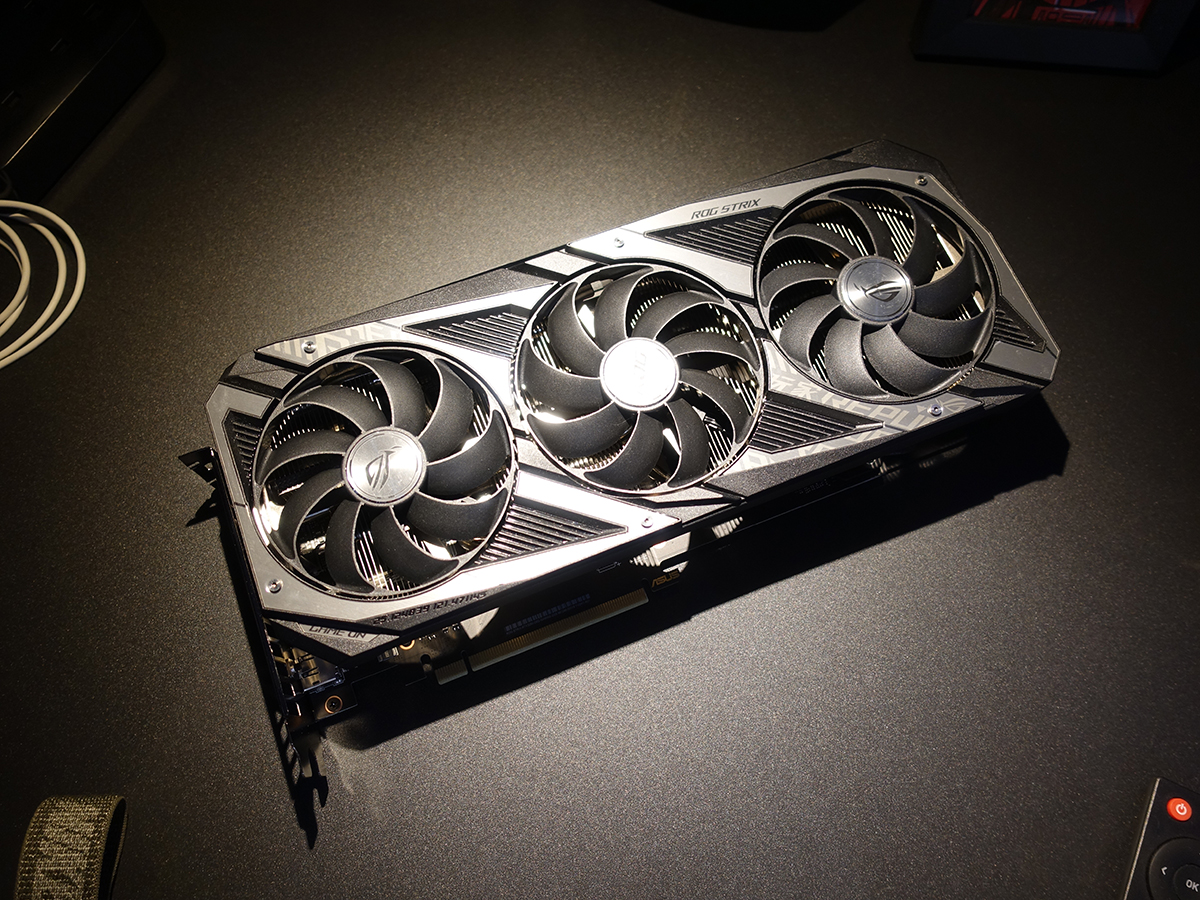 It sports a brand new design, with additional metal trimmings around the three axial-tech fans. The new design mirrors the design aesthetic of the ROG and ROG Strix motherboards, in case you want to build a matching system. Each fan features a smaller hub that allows for longer blades, in addition to a barrier ring that increases downward air pressure.

Adjacent fans also rotate in opposite directions to one another, with the two side fans spinning counter-clockwise, and the middle fan spinning clockwise. This helps to reduce turbulence and improve cooling efficiency. To lower the overall noise levels, a stop mode halts all fans when the system is idle and the GPU temperature falls below 42°C.

That's a lower than usual temperature threshold, and it seems like ASUS expects this card to not run as hot as its higher-end models, given its less powerful silicon.

Nevertheless, a beefy heatsink sits below the fans to help soak up heat from the GPU, and its thicker height means more surface area for heat disspation. The GPU die is machined using ASUS' MaxContact manufacturing process, which polishes the surface of the heat spreader to improve smoothness at the microscopic level. The flat surface in turn enables better contact with the die for better heat transfer. The PCB has gotten some love from ASUS too. It features upgraded capacitors, chokes, and MOSFETs, each selected for more reliable power delivery. The Super Alloy II parts are soldered to the PCB using the company's Auto-Extreme automated manufacturing process. This creates smoother solder joints on the rear of the PCB, and gets rid of the possibility of human error when soldering.

On the rear of the PCB, you'll also find two 4-pin FanConnect II headers that you can attach your chassis fans to. This provides additional flexibility when installing your system fans, and the connected fans can be tuned with a curve based on your CPU and GPU temperatures. 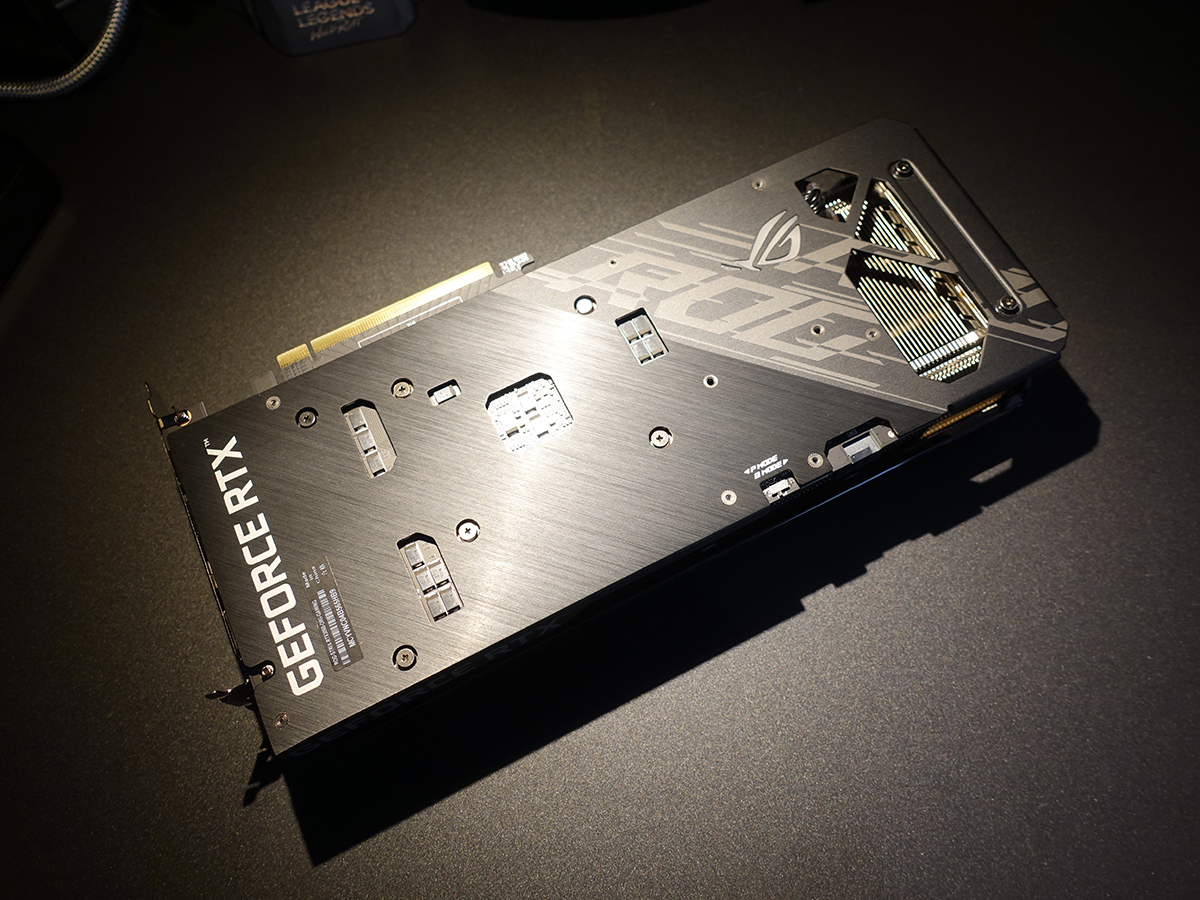 Flip the card over and you see a sleek, brushed metal backplate. A wide vent has been cut into it, and combined with the shorter PCB, this allows hot air to escape toward the chassis exhaust fans more easily instead of being recycled back into the cooler. The I/O bracket is crated from stainless steel to provide a more secure mount. 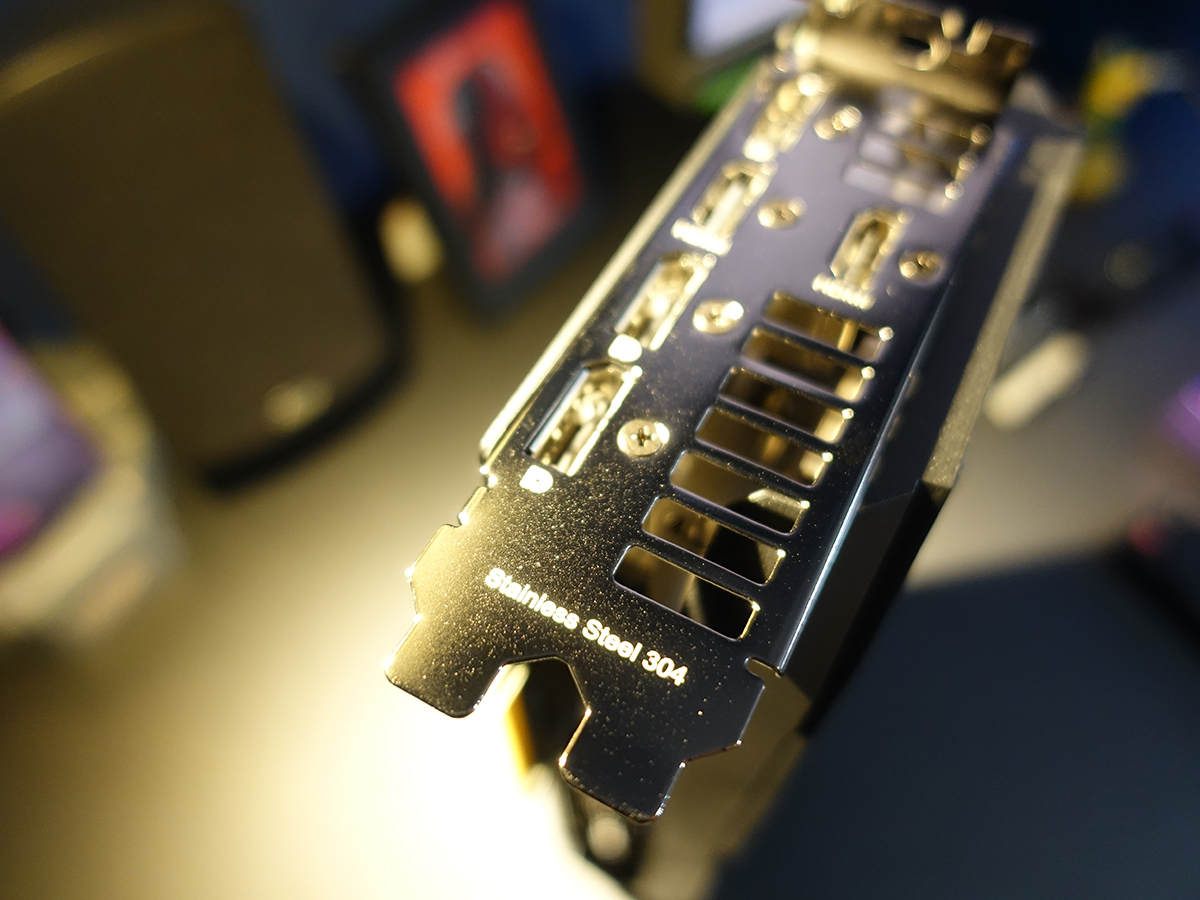 You get two HDMI 2.1 and three DisplayPort 1.4a ports for hooking up your monitors.

A Dual BIOS switch sits at the edge, so you can toggle between performance and quiet modes, depending on whether you prioritise speed or lower noise. The switch also means you don't have to enter any software to customise the card's behaviour.

ASUS hasn't made any concessions on the RGB front either. The ROG logo on the backplate is illuminated, and the side of the card is studded with RGB LEDs as well. This is great even if you're mounting your card in the more common horizontal orientation, and the LEDs can be adjusted in ASUS' Armoury Crate software and synced with other ROG components. 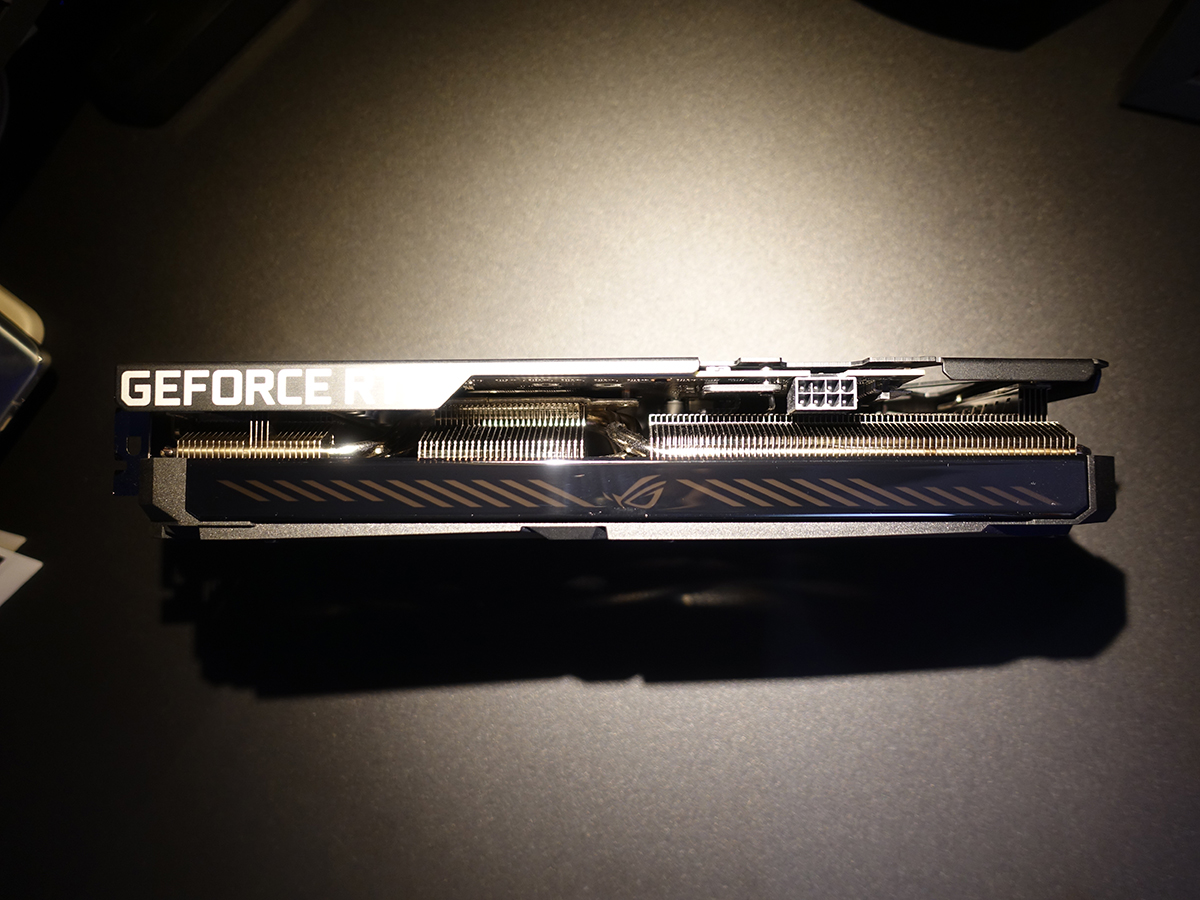 For power, the card relies on a single 8-pin connector. An onboard circuit constantly monitors PSU rail voltage, and if it ever drops too low, a red LED will light up to let you know that there's a power supply issue.

Write a Review
Compare This | Specifications
Excellent cooling performance
Aggressive boost clocks compared to competing brands
Attractive aesthetic
Significantly more expensive than the US$249 SRP
GeForce RTX 3060 costs only slightly more
Our articles may contain affiliate links. If you buy through these links, we may earn a small commission.
Sponsored Links