Apple's Back to School promo is back with discounts on Macs and iPads, free AirPods, and more
Product Listing
Altec LansingAudioengineBlue AuraBoseBowers & WilkinsCreativeEdifierHivi SwanspeakersIXOSJabraKlipschLibratoneLogitechNokiaOzakiPhilippe StarckPhilipsPioneerRazerRevoSkullcandySonicGearSonosSonySoundmattersUB-PlusVehoX-miniXtremeMacYamaha 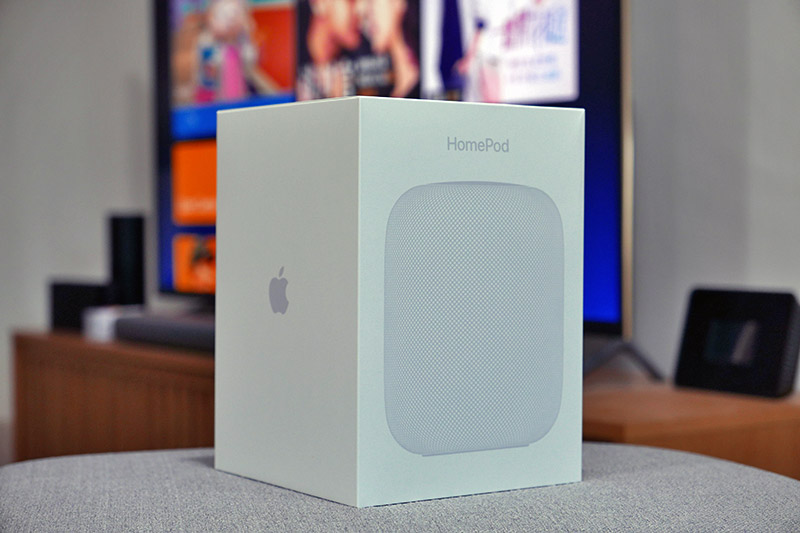 What is HomePod? The occasional hyperbole aside, Apple typically doesn't lie, and is often able to tell you what its products and services are capable of in the simplest of sentences. So before I embarked on this review, I went to Apple’s website to see how the company defines HomePod. Similar to how it introduced the original iPhone and Apple Watch, Apple broadly defines HomePod as these three things:

These tentpole features aside, Apple claims HomePod is easy to set up and use. The easy to set up part is definitely true, and anyone who’ve had experience with the AirPods or knows how to tap on an iPhone’s screen will have no difficulty getting the “smart speaker” up and running quickly (that is, if you don’t encounter this -6722 error). The actual day-to-day usage part, however, can be frustrating, which I’ll explain further down. 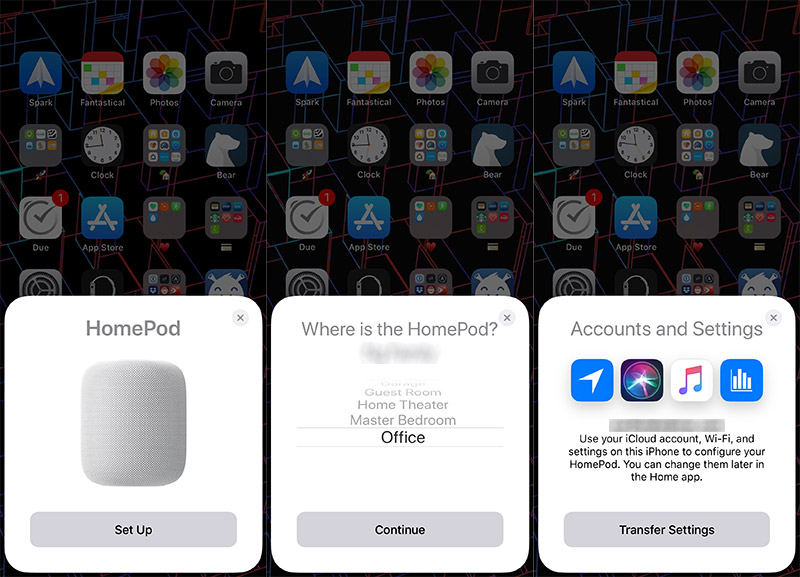 I’m ambivalent towards HomePod’s industrial design. The 2.5kg fabric mesh-wrapped speaker, available in either space gray or white, is extremely well put together, stands somewhere between the Amazon Echo and Google Home, but has a bigger footprint than both of them. At a distance, it reminds me of the trashcan Mac Pro; but because it’s smaller and not shiny, it also looks more discreet. For something that’s supposed to blend in with any decor, this meh appearance is a good thing.

The speaker’s top surface is touch-sensitive, and is used mainly for controlling volume (+ and - buttons) and simple track navigation, as well as activating Siri. There’s an LED array under the cover, which explains the colorful Siri waveform when you touch and hold the center to invoke the assistant. Finally, there’s a removable-but-you-shouldn't-do-it cable at the back and a silicone pad on the bottom.

Speaking of that silicone base, be aware that it’s known to leave white rings on some wooden surfaces. I don’t believe Apple didn't catch this during testing (HomePod is supposedly 6 years in the making); and if Apple is aware of it, it’s also wrong of the company not to put some kind of note in the box to warn customers. And honestly, I don’t care if Sonos One or Google Home Max also leave marks; such findings don’t absolve Apple of its fault and are scant consolation for HomePod users whose furniture is now stained. 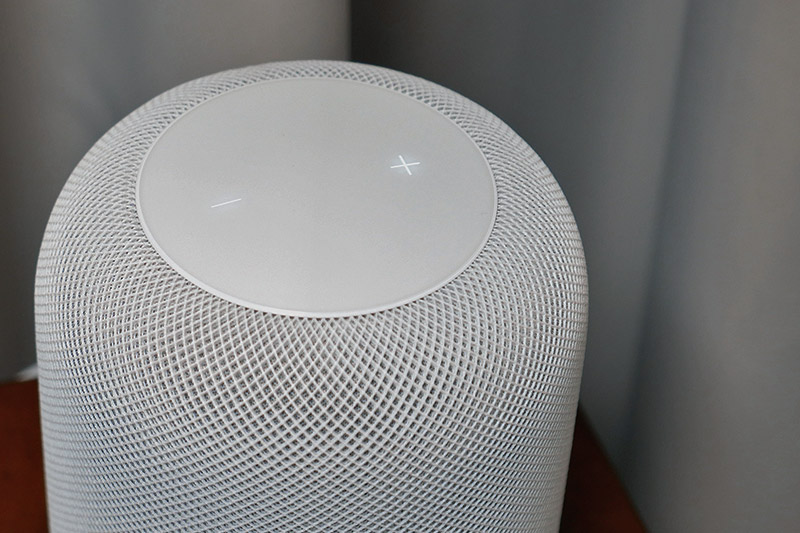 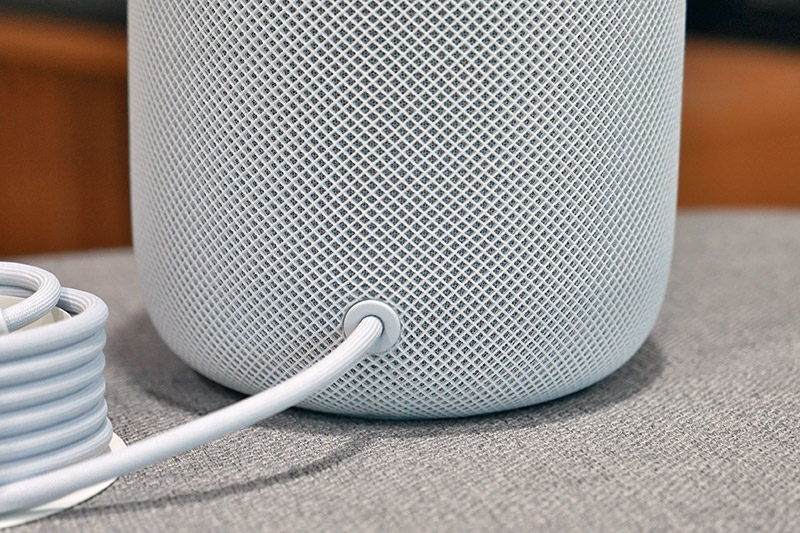 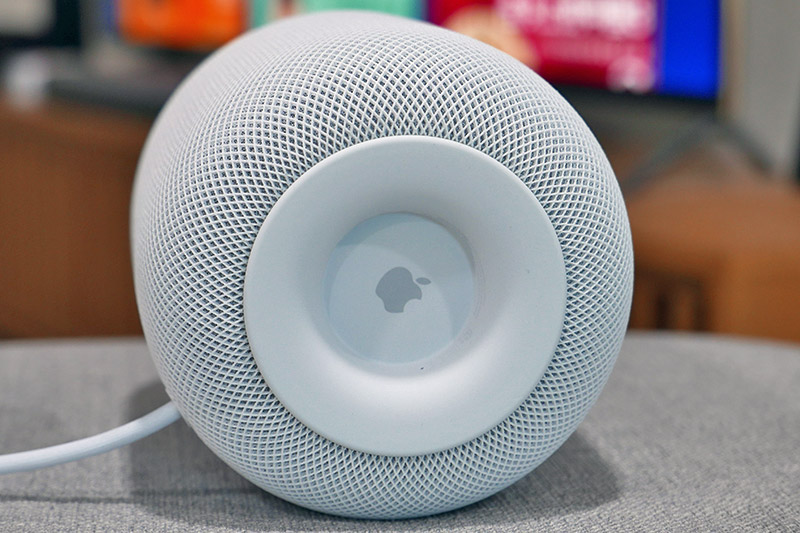 Apple designed HomePod to sound good. The speaker has seven downward-firing tweeters at the bottom, each having its own amp, transducer, and horn. Beamforming tech is also used, which in short, means the speaker can shape the sound waves and send them in pretty much any direction. Near the top, there’s a high-excursion, upward-pointing woofer with a custom amp and a powerful motor that enables the diaphragm’s 20mm travel.

Additionally, somewhere in the middle of the speaker lie six microphones that listen to two things: your Siri commands and sound waves that bounce off surfaces of things in the room. Info from the latter is analyzed by HomePod’s A8 processor (the same chip in the iPhone 6) and the results used to adjust the output to fit the room. Because it has a built-in accelerometer, the speaker will re-tune itself every time you moved it. 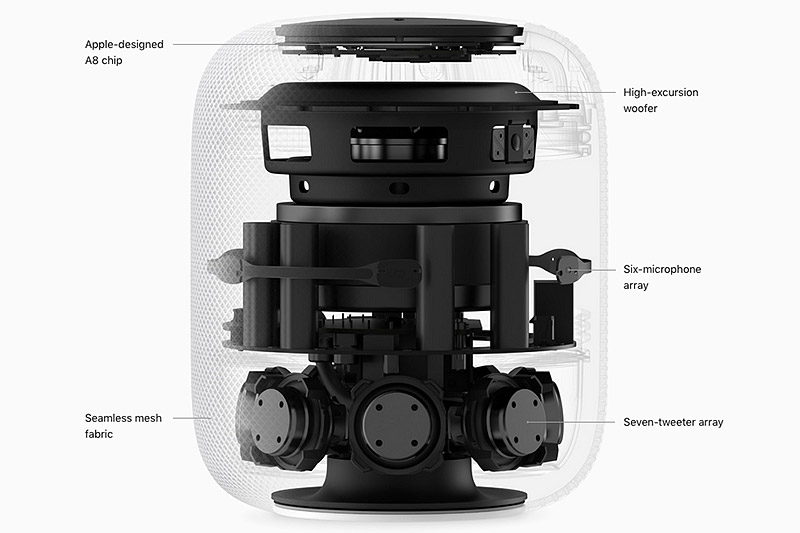 Now, reviewing speakers is hard. Since Apple didn't provide any hard numbers and I’ve no interest testing it in a reflection-less anechoic chamber, this is going to be a purely subjective assessment. For what it’s worth, I’ve listened to the same HomePod in three different spaces: in the middle of a kitchen filled with wooden cabinetry; in the middle of a 10 x 4-meter living room; and in a small bedroom, with the speaker on a bedside table tucked in one corner.

So if you trust me, I’ll say that HomePod sounds good. Comparing it with Amazon’s Echo speakers or Google’s regular Home speakers is unfair though, as HomePod totally wipes the floor with them. HomePod’s audio department is multiple weight classes above Amazon’s and Google’s offerings, which really, is to be expected as their priorities are different. (To me, HomePod is a speaker-first, assistant-second product; whereas Echo and Home are voice assistant products that play music because why waste their built-in speakers?)

The contest is much closer between HomePod and Sonos One. For one, both offer reasonable good dynamic range, thus lending themselves well to classical and jazz music. Placed in the middle of the living room, HomePod did sound largely the same to me regardless of my position, which is nice. Versus a single Sonos One, I found HomePod to express differences in soft and loud passages in Sergei Rachmaninoff’s Piano Concerto No. 2 in C minor, Op. 18 and Miles Davis’ All Blues a bit better. Both handle distortion at high volumes well, too, though HomePod sounded more “alive” at low volumes. They are also about tied for stereo imaging, but adding another One speaker inevitably pulled the Sonos pair ahead. You can’t add another HomePod to create a stereo pair at the moment; this feature is supposedly coming later this year.

HomePod also offers a ton of bass, and that’s a double-edged sword. For most classical and jazz pieces, I got good quality bass that I felt more than I heard. But for pop and rock music (especially in a small room), the bass was at times too much for my liking. I say “at times” because I found Yung Lean’s Hoover to be a boomy mess but Linkin Park’s Papercut pretty great. The Sonos One had a just-okay bass.

While this little computational audio device sounds good across most genres, its algorithms aren't infallible. The lack of an equalizer on HomePod means there's no quick way to tweak its sound. There were a couple of occasions that I had to jump out of bed and resort to AirPlay from the Mac, just so I could use the EQ in iTunes.

It’s worth mentioning that I used my Apple Music subscription for most of the music tests, because that’s the only streaming service HomePod supports natively. While the speaker supports Bluetooth 5.0, it’s at present mainly used for networking between Apple devices and HomeKit-enabled Bluetooth accessories, rather than Bluetooth music streaming. AirPlay is the only fallback to get HomePod to play Spotify and other audio apps (the speaker has no line-in, too), which is fine, but inevitably mars the experience and further limits HomePod’s appeal to non-Apple users. Multi-room streaming is another missing feature, though Apple has promised to add it (as part of the AirPlay 2 streaming protocol) later this year. 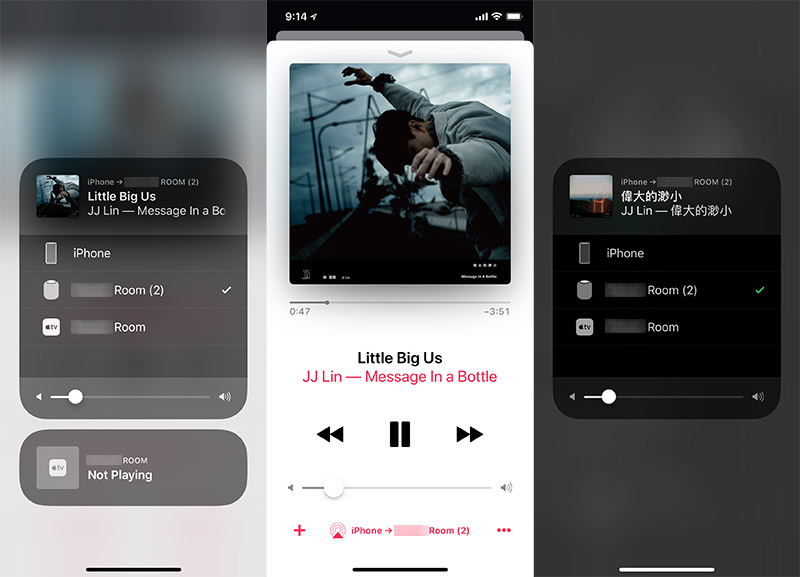 Write a Review
Compare This | Specifications
Good dynamic range, clear treble, deep bass
Superb far-field voice recognition
Supports HomeKit
Excellent built quality
No on-device support for other music services
Can't even act as a basic Bluetooth speaker
Siri still can't do much
Unreliable as a home hub
Our articles may contain affiliate links. If you buy through these links, we may earn a small commission.
Sponsored Links