Are meetings the only way for hybrid workers to keep in touch?
Product Listing
AcerAppleASUSBlackBerryHPHTCHuaweiLenovoLGMicrosoftMotorolaPanasonicProlinkSamsungSonyToshibaViewsonicXiaomi

Note: This review was first published on 3 November 2022. 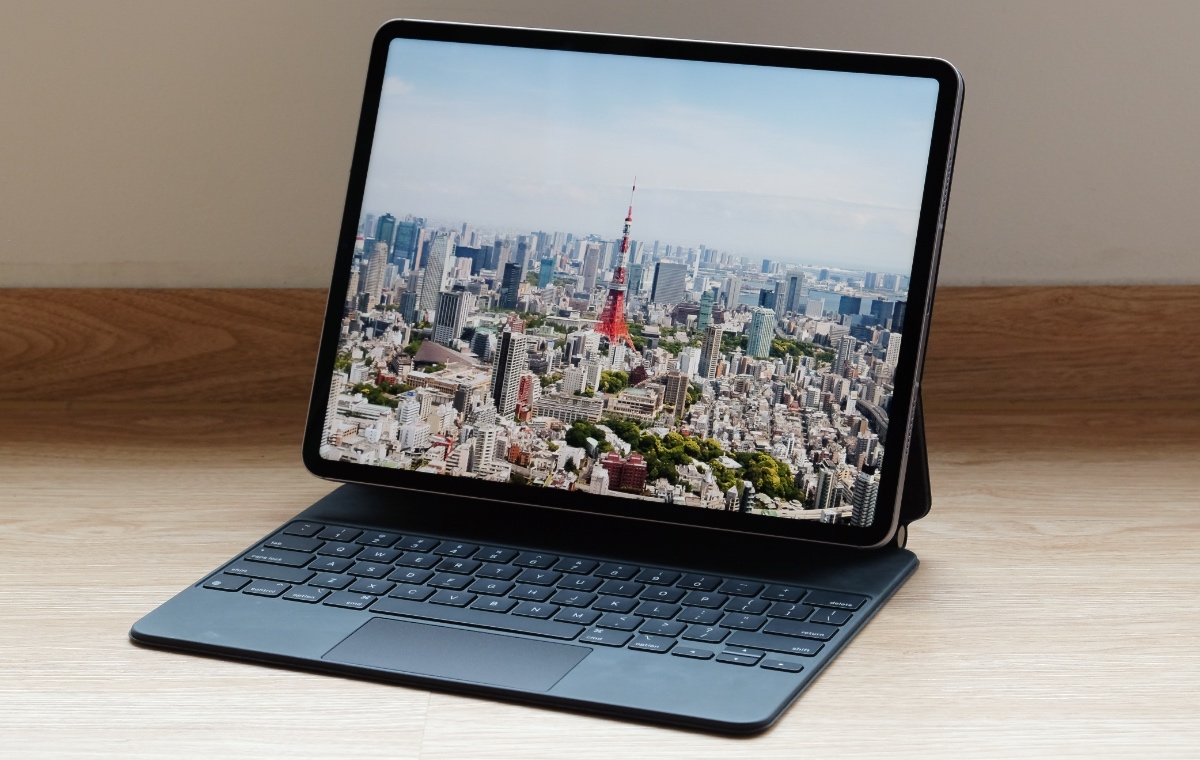 The iPad Pro is Apple’s shiniest, fanciest, most powerful tablet. Normally, when flagship products are updated, they are followed by huge fanfare. But not this time. Mostly it’s because the limelight was stolen by the thoroughly revamped 10th generation iPad. However, it’s also because the newest iPad Pro, now in 6th generation guise, has received largely minor updates. That’s in part due to the nature of the updates themselves and the fact that the last iPad Pro was already so powerful that many users did not come anywhere close to using all of its performance potential. With that in mind, does this new 6th-generation iPad Pro change anything?

What is new (and what’s not) 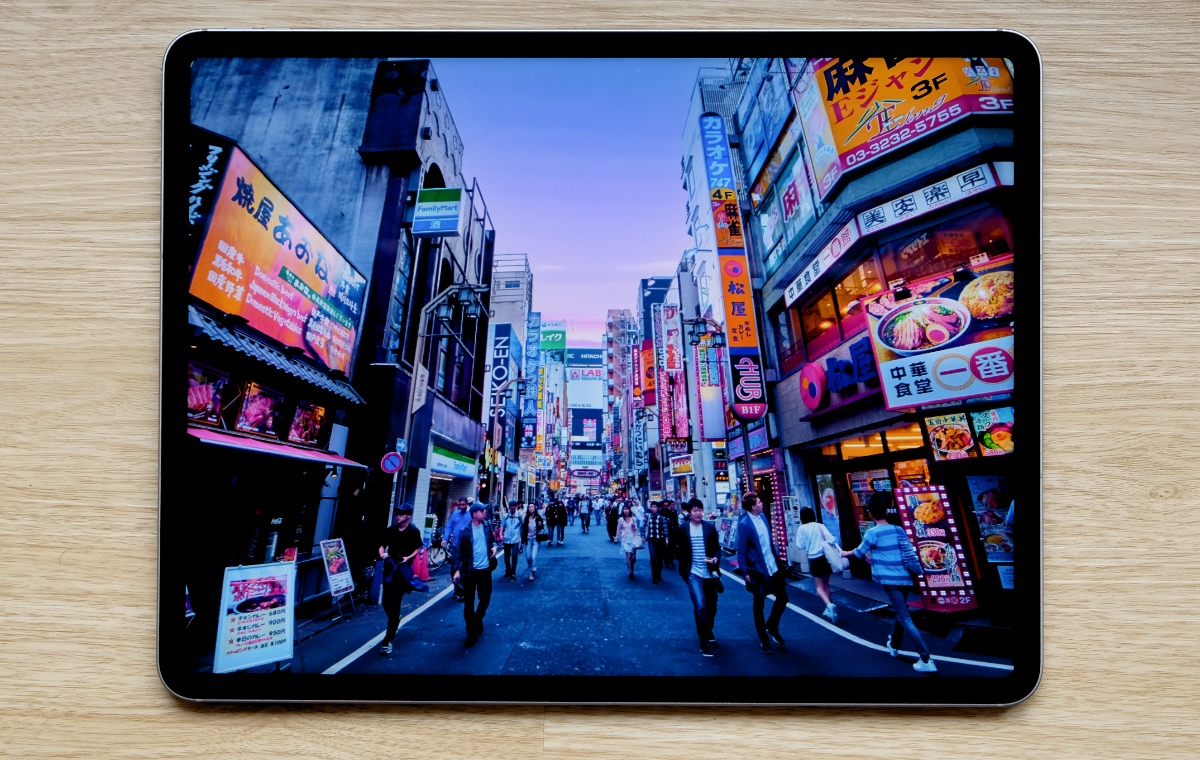 Physically, the latest iPad Pro (now in sixth-generation guise) is identical to its predecessor. It looks the same and has the same dimensions and weight. This means there's no headphone jack, but it also means accessories for older iPad Pros such as the Magic Keyboard, sleeves, and covers will work with this new version. That’s good news considering how pricey these accessories are.

Some say it’s starting to look stale and there’s some truth to that considering that this design has been with us since 2018. However, even today, I think it still looks mostly elegant and modern. It’s a look that has aged well. Crucially, it remains thin and relatively light for a device with a nearly 13-inch large screen. 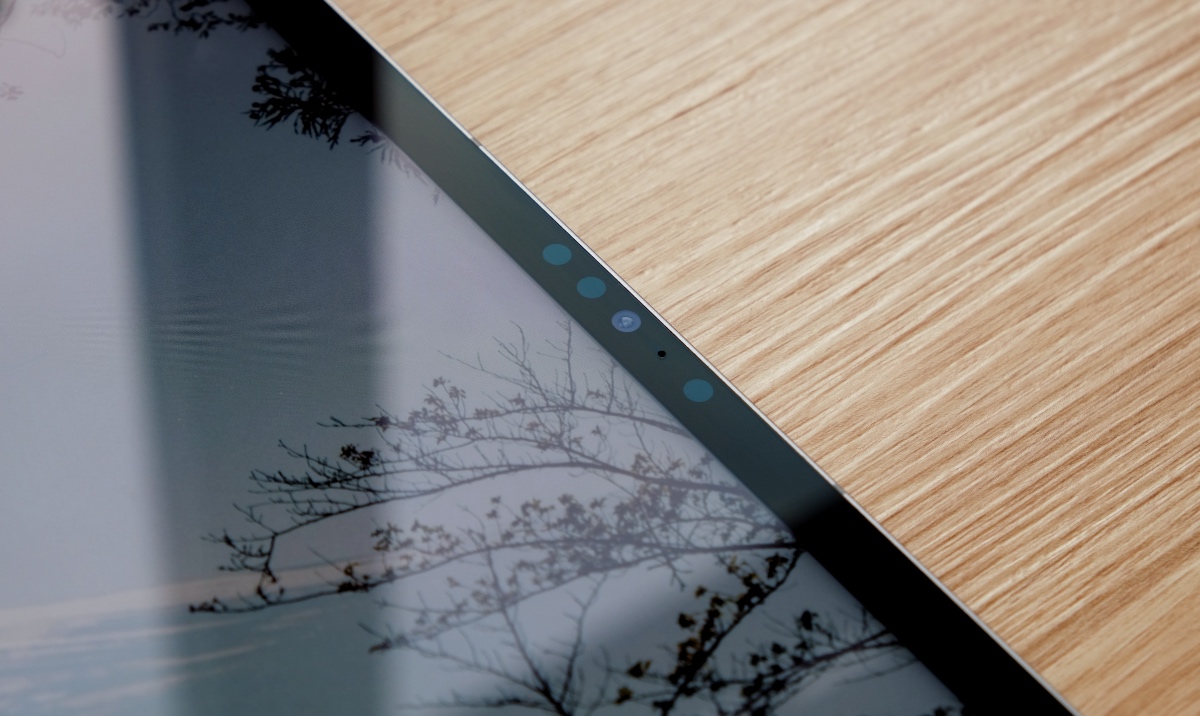 My main criticism about the design is the position of the front-facing TrueDepth camera. It’s still above the display in portrait orientation, in what many would consider to be “the wrong place.” That’s glaring because Apple moved the position of the front-facing camera on the new 10th gen iPad so that it's above the display when it's in a landscape orientation. If they can do it for the iPad, surely they can do the same for the iPad Pro?

The latest version of the iPad Pro still comes in two sizes – 11 and 12.9 inches. Similar to last year’s model, only the larger version is getting the gorgeous Liquid Retina XDR mini-LED display. It’s mostly the same display as last year’s model so I won’t bore you with the details, except to say that it’s a brilliant display with amazing contrast and colours, and particularly deep blacks that rival OLED displays. However, blooming issues still exist if you go looking for it with specific display test videos like this one.

The other notable update is support for the new Wi-Fi 6E standard, which allows it to tap into the relatively uncongested 6GHz band for faster wireless speeds. However, you need a compatible Wi-Fi 6E router to take full advantage of this.

The other highlight of the new iPad Pro is the new Apple Pencil Hover feature. When you bring your Apple Pencil close to the iPad Pro, the screen will show a preview of your input before you make it. And it isn’t just a preview of where your input will land, it actually shows you the results of the input you make. For instance, if you are painting with watercolours and you want to mix colours, the preview will show you the resulting colour of the mix. It’s hard to show this in photos so watch the video from Apple of it action above.

Now, I don’t often use the Apple Pencil on my iPad Pro all that much but during the times that I did, I can already see how valuable this feature will be. It gives you much more precision whether you are signing documents, sketching, or colouring. And although it doesn’t sound like much, not having to correct your inputs means you can work more fluidly and not be interrupted by having to undo your inputs and retrying.

I must also point out that this feature is exclusive to the new M2-equipped iPad Pros because, according to Apple, the M2 has a special co-processor that makes this feature possible. 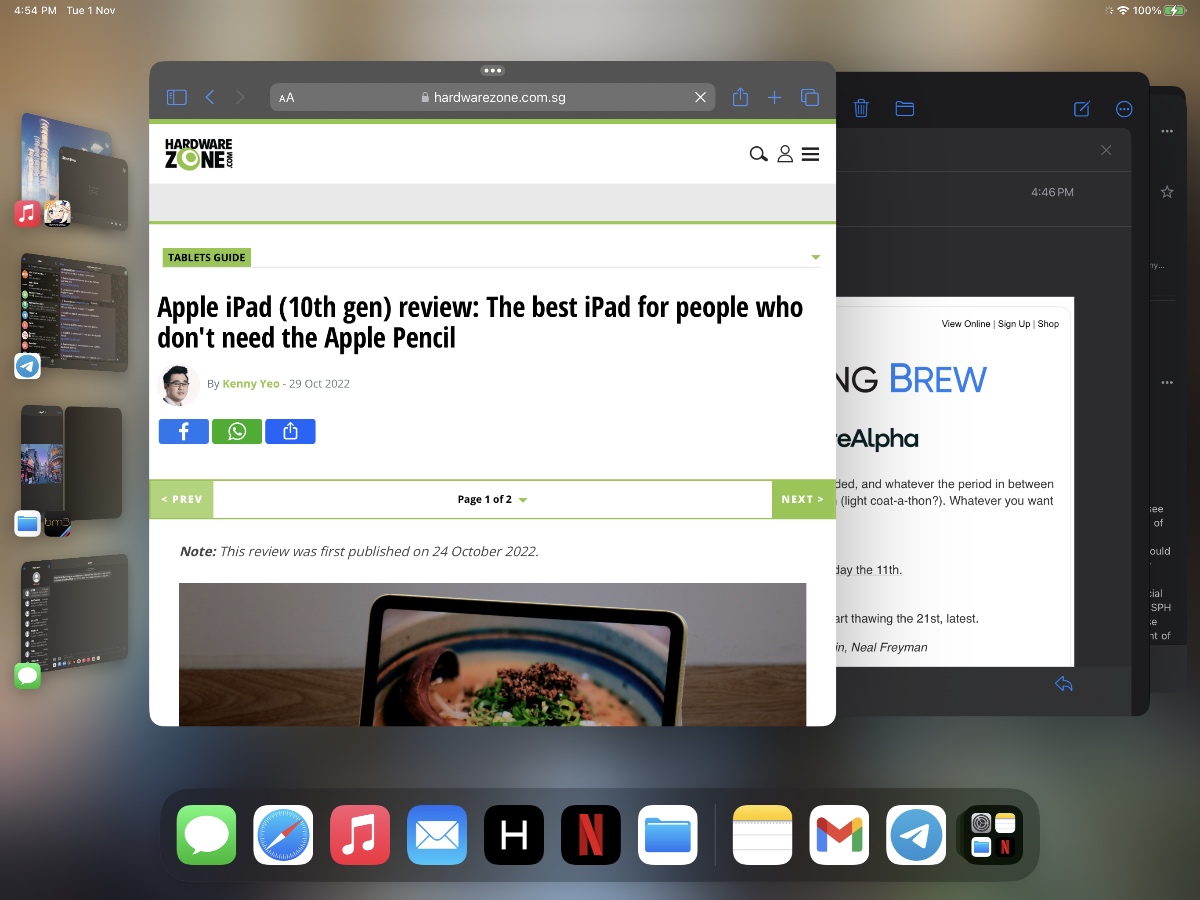 One of the things that have often been said about the iPad Pro is that it’s too powerful. I know it sounds ridiculous, but anyone who owns one know it’s quite true. It has all this computing power but there’s only a handful of apps that can take truly take full advantage of it.

In an attempt to address that, Apple is introducing a new multi-tasking feature called Stage Manager in iPadOS 16 that would enable users to run apps concurrently more easily. The gestation of Stage Manager was fraught with issues. Not only was the feature plagued with bugs during the beta phase, there was a lot of discontent amongst iPad users when it was announced at first that only M1-equipped iPads would support the feature. Apple later back-pedalled and announced that older 2018 and 2020 iPad Pros would support the feature too, though without external monitor support. You need an M1-equipped iPad if you want to use Stage Manager on an iPad on an external monitor. 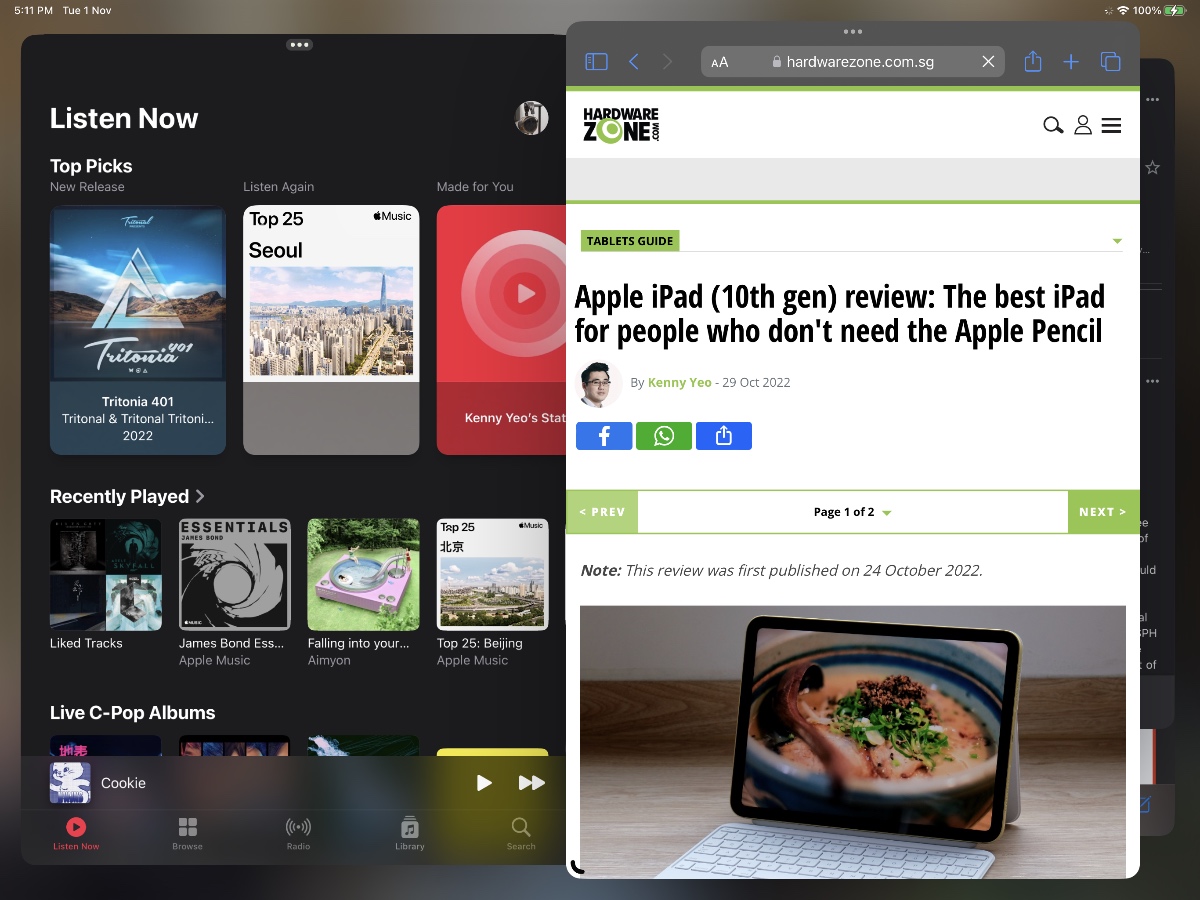 Unlike traditional OSes where apps open on top of each other. Opening an app in Stage Manager creates a new workspace. So if you want to work with or view multiple apps in a single view, you have to manually add apps to workspaces by dragging them into the same workspace.

Also unlike traditional desktop OSes, you don’t have full freedom to resize and reposition the windows. Stage Manager lets you resize them but only within a predetermined set of dimensions. Furthermore, it automatically repositions apps in the background for you as soon as you start moving the active window. Some people might not care about these quirks, but for people who know what they are doing and are used to creating their own workspaces on desktops, it’s extremely frustrating.

There are other peculiarities and there's a sense that Stage Manager is rushed and doesn't feel quite as polished as it could have been. That said, I think ultimately it comes down to the way you use your iPad and your willingness to pick up a new multi-tasking system. I’ve been trying it out for the past two or so weeks and I'm slowly beginning to make sense of it. But I still prefer the old system of Split View and Slide Over. I find it more predictable. Maybe I’m just resistant to change and too stuck in my ways.