I tested the battery life using PCMark 10's new Modern Office and Gaming battery life benchmarks. All the notebooks were set to 100 per cent display brightness and had Wi-Fi enabled. The keyboard backlight was disabled and I also turned Tobii eye tracking off.

Battery life on the m15 R2 is mediocre at best. Both the Aftershock and Razer laptops lasted over an hour longer, even though the Blade 15 has a battery that is only slightly larger. And because the m15 isn't as slim or light as the Aftershock Vapor 15 Pro and Razer Blade, it also falls behind in our portability index, which takes into account things like dimensions, weight, and battery life.

The m15 looks great, but Alienware still has some way to go before they're a class leader in terms of portability. 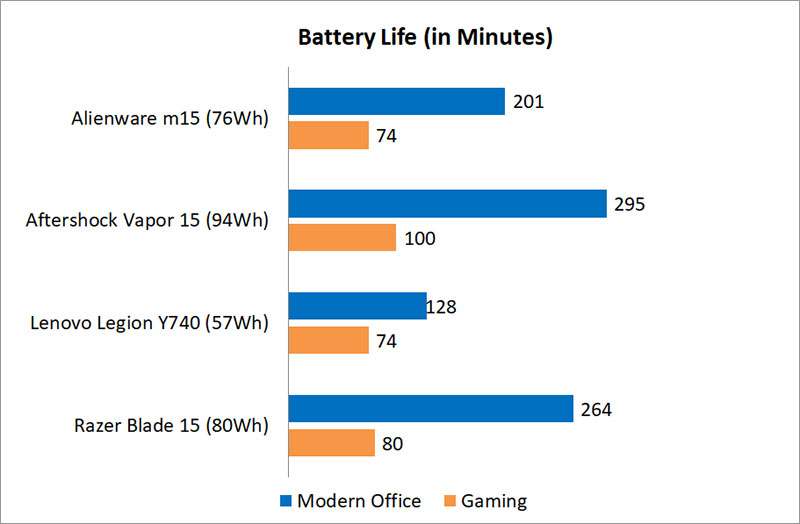 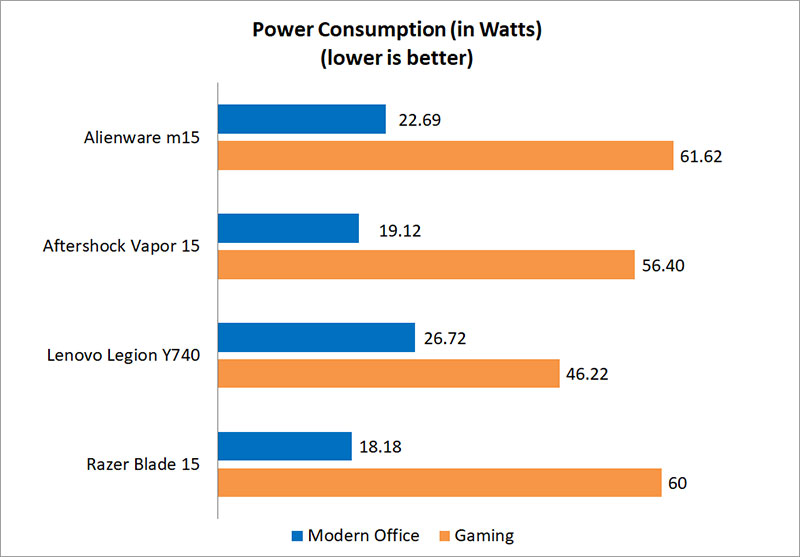 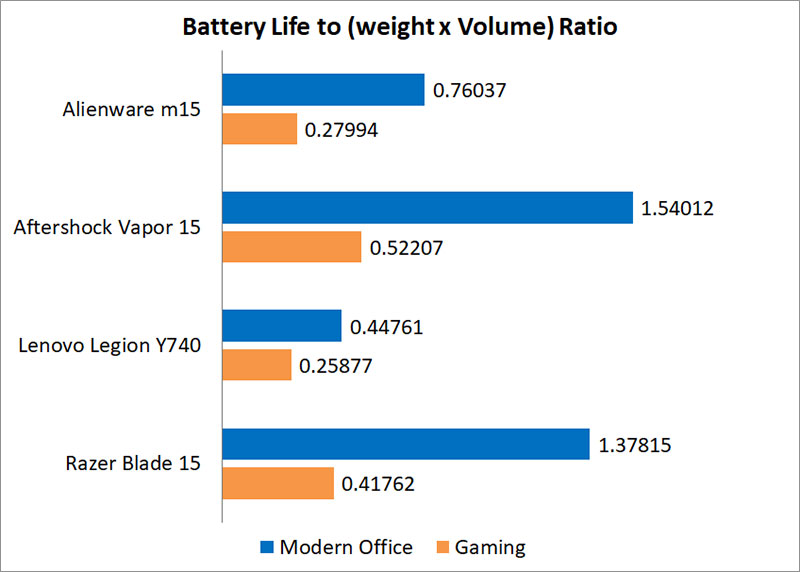 Despite the upgraded cooling system, the m15 R2 still didn't manage to pass 3DMark's stress test, which requires a Frame Rate Stability of at least 97 per cent. That's a little disappointing, since it failed to pass that mark on multiple runs, even with the Thermal mode set to Performance to ramp up the fan speeds.

The palm rests stay relatively cool throughout, but the keyboard conversely feels much warmer. This could be a problem during long gaming sessions, and it's troubling because you're definitely not taking your hands off the keyboard while gaming. 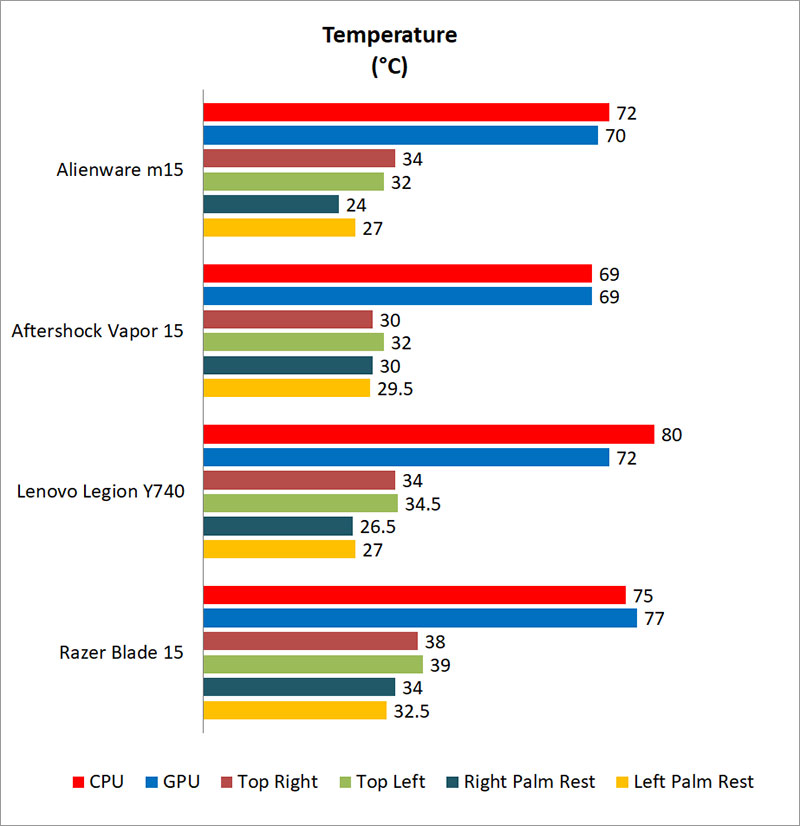