For consumers using x86-based (both 32-bit and 64-bit) PCs and tablets, there are two editions to choose from: Windows 8 and Windows 8 Pro. As the name implies, Windows 8 Pro is more for tech enthusiasts and business users. In addition to the new, basic Windows 8 features such as the Start screen, updated File Explorer, Task Manager, better multi-monitor support, Internet Explorer 10, and Windows Store (among many others), it also sports features for encryption, virtualization, PC management, and domain connectivity. 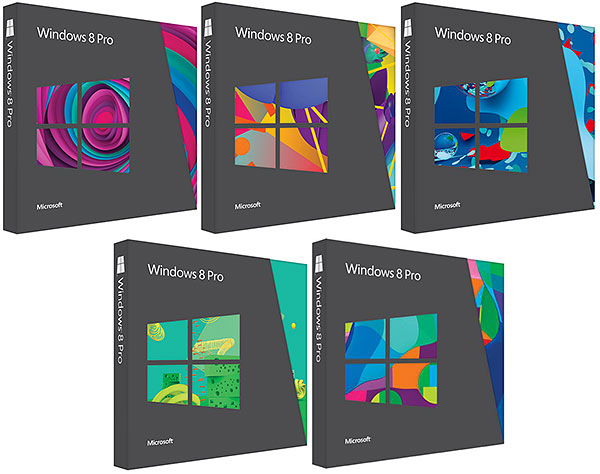 For devices such as tablets running on ARM chips, there's a version called Windows RT that will come pre-installed on the devices. So technically, you can't buy it. And obviously, you can't upgrade to it from any other version of Windows. The most important thing to note is that Windows RT doesn’t allow you to run legacy desktop software. Yes, there are some apps that run on the Windows RT desktop, such as Internet Explorer 10 and Office, but these are Microsoft apps. No third-party apps are allowed to run on the Windows RT desktop. In addition, Microsoft will include Office Home & Student 2013 RT on all Windows RT devices. For the most part, Office for Windows RT is a fully featured Office with complete document compatibility, and it certainly looks very similar to the non-RT version. But to fulfill security, reliability, and battery life requirements of Windows RT devices, some features have to go in Office for Windows RT, which you read more about it here.

At the other end is Windows 8 Enterprise. It includes all features of Windows 8 Pro, as well as addition features for PC management and deployment, advanced security, virtualization, and new mobility scenarios, among others. This edition is available to Software Assurance customers, as well as MSDN and TechNet subscribers.

Windows 8 Enterprise will have all the features from Windows 8 Pro, but with added features that will aid IT specialists in PC management and deployment, advanced security features, and more.

For real tech nerds who want the most comprehensive breakdown of features in each Windows 8 edition, you can check out this table at Within Windows.