To test these routers, we are using our standard test setup which consists of two notebooks, one acting as a host machine and the other as a client device. The router acts as a gateway. For systems where manual settings are possible, a channel bandwidth of 160MHz is selected where applicable.

Since these are Wi-Fi 6 routers, we needed a Wi-Fi 6 client device. For that, we chose the newest HP Spectre x360 13, which is also the winner of our Best Ultraportable Notebook category in the 2020 Tech Awards.

To evaluate, we will be measuring the time and calculating the speed achieved when transferring a 1GB zip file. We will do multiple tests with different setups and different distances to simulate use around a typical 5-room apartment.

The router was placed in the living room and we repeated the test from a number of locations in the flat, starting from the closest to the router to the farthest.

Here are the locations and the rough ranges that they represent: 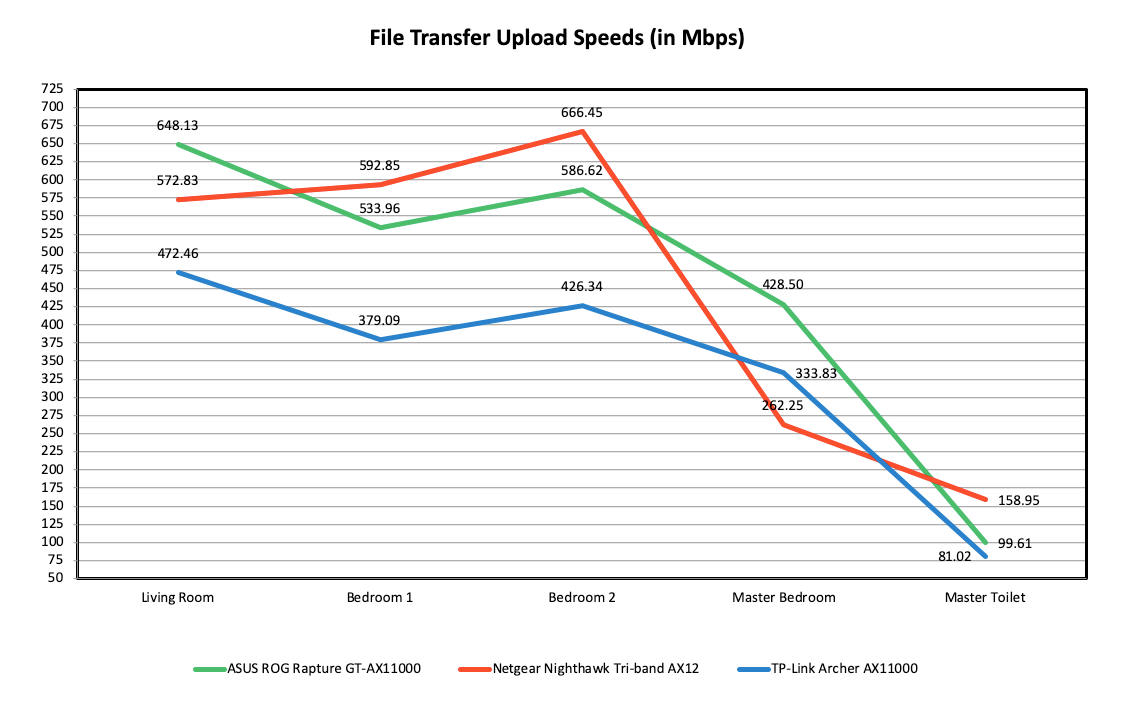 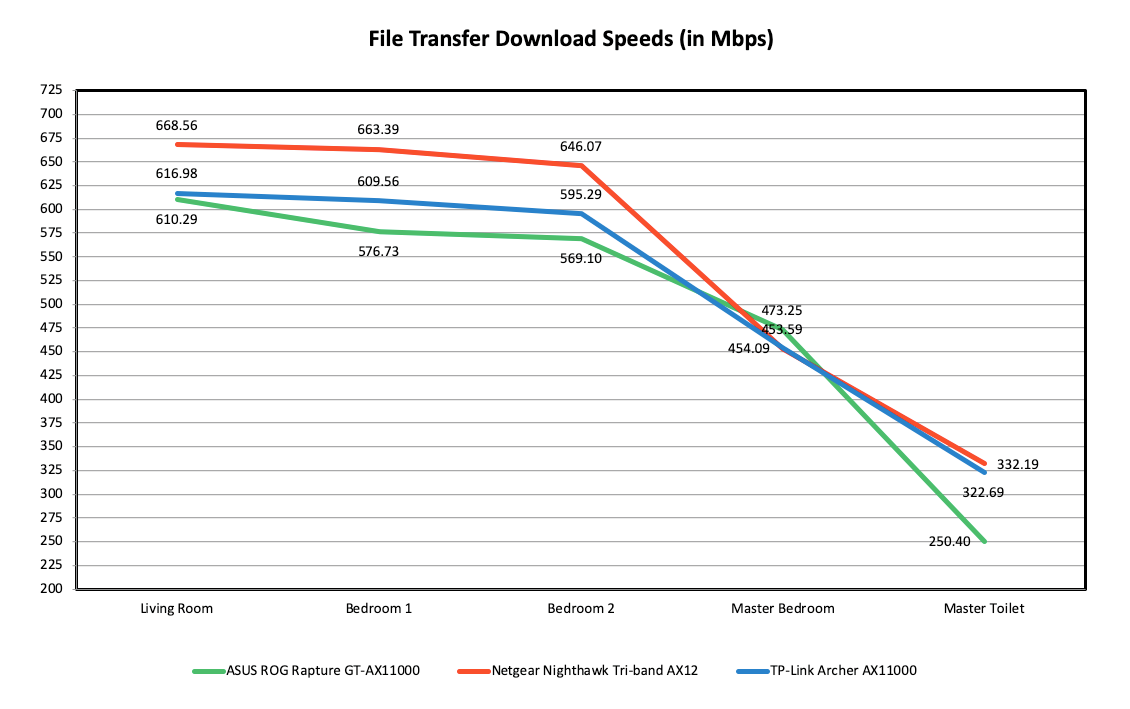 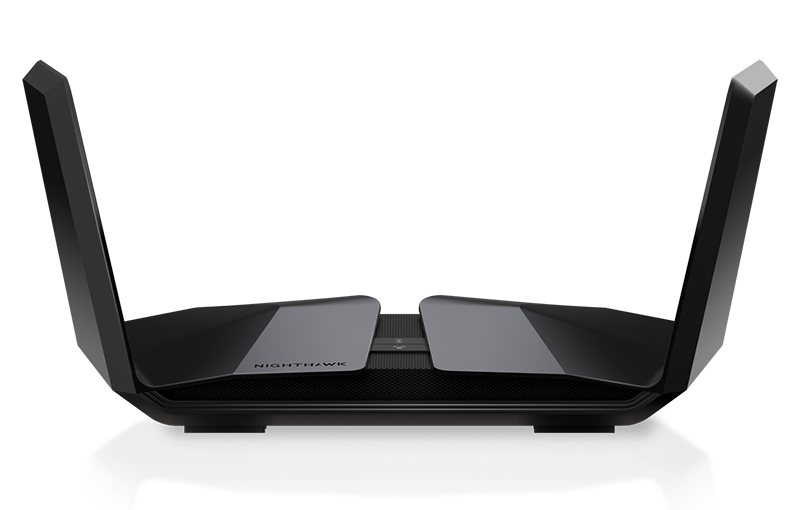 The Netgear RAX200 is quite clearly the fastest router. Though performance tapered off at the farthest ranges, its showing was very strong particularly around the living room and the first two bedrooms (up to around 7 metres). It could be as much as 15% faster than its rivals which is impressive. I also think it has the best design. Looks are subjective but it’s hard to argue that, out of the three, the RAX200 looks the most elegant and versatile. It also has some nice and useful features like port aggregation, a 2.5G WAN port, and support for Alexa and Google Assistant.

However, there are a couple things that count against it. To start, its router management interface is quite clumsy and not as refined. There are many advanced settings but they are hidden. Parents should also take note that it has very limited parental controls settings. But most of all, the RAX200 is very pricey. At S$899, its S$200 pricier than the ASUS ROG Rapture GT-AX11000 and S$290 more than the TP-Link Archer AX11000. The case can be made for the RAX200’s class-leading performance, but it’s not as if its rivals were terribly slow or comprehensively outclassed in this respect. 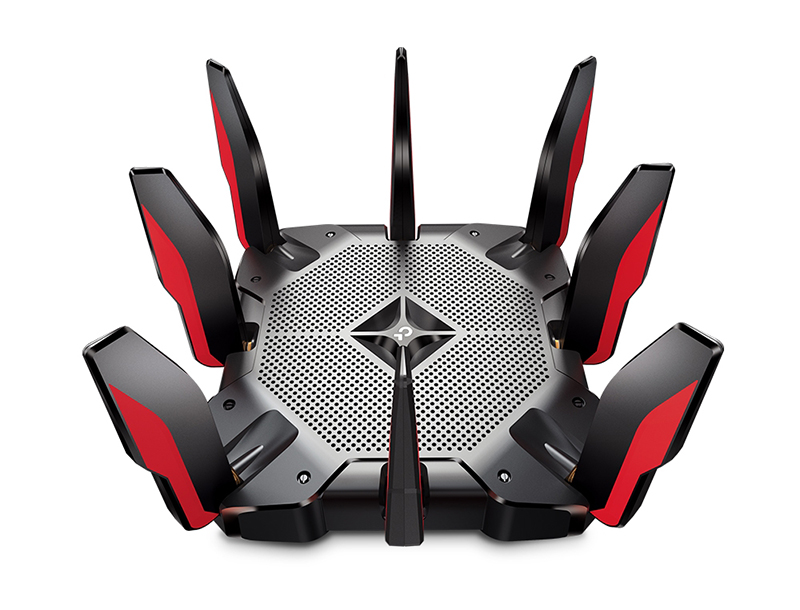 The TP-Link Archer AX11000 is surely the most garish looking of the trio. Some folks might find it attractive but I think most will find it a bit too much. Nevertheless, it stands out for being the only router with 8 Gigabit Ethernet LAN ports. For readers who have many other devices to connect to – NAS, TV set-top boxes, media streamers, music streamers – the choice is quite clear. Happily, the Archer AX11000 also works with Alexa and it’s the most affordable router by a good margin.

On the flip side, the Archer AX11000 doesn’t quite have as many or as useful gamer features like as the ROG Rapture GT-AX11000. Also, its parental control features are limited and restrictive. But most of all, the strongest case against it is its performance. Download speeds are quite decent but its upload speeds are noticeably slower than its competitors. It could be as much as 25% slower which is too great a difference to be ignored. 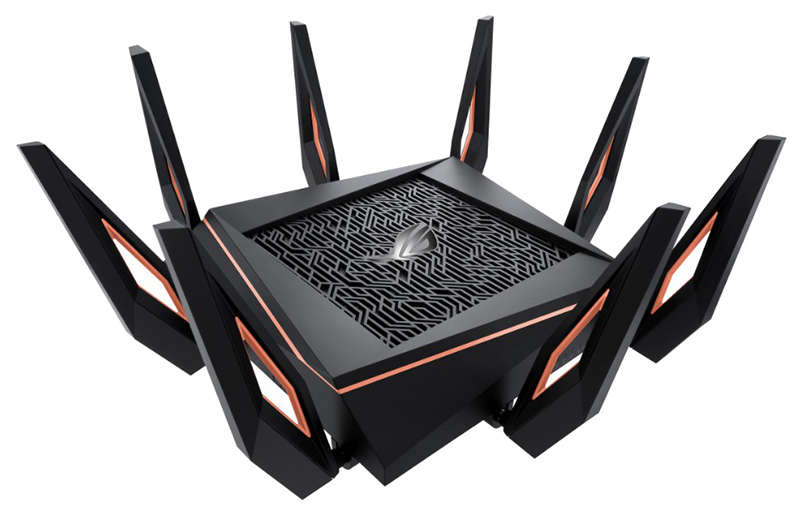 The best all-round performer and the winner of this shootout is the ASUS ROG GT-AX11000. It has a terrific blend of performance, features, and price. It might not be the outright performance champ, but its upload and download speeds were both very decent across all ranges. But what’s most impressive about the ROG Rapture GT-AX11000 is its suite of features. Gamers can look forward to features like Game Radar and data prioritization, whereas other features like DFS (dynamic frequency selection), real-time traffic monitor, and remote management via the ASUS Router app, makes it easy for users to manage and optimise their connection. Parents will also be happy to know that the ROG GT-AX11000 has the most robust parental control settings. And while the ROG GT-AX11000 is a pricey router, it’s actually quite reasonably-priced when compared to its rivals, especially when you consider all that it offers. All in all, it's comfortably the best tri-band AX11000-class Wi-Fi 6 router you can buy today.

Here’s how the routers scored:

Before we end, we must offer a bit of a disclaimer that the full benefits of Wi-Fi 6 routers are only appreciable if you have compatible Wi-Fi 6 clients. Fortunately, the adoption of Wi-Fi 6 has been rapid compared to Wi-Fi 5, which was a slow trickle that lasted years. Today, almost all of the newest notebooks with Intel’s 10th generation processors support Wi-Fi 6 and as well as most new mid-range and flagship phones that were announced in the past 12 months.

You can find the ASUS ROG Rapture GT-AX11000 on Lazada here.

You can find the TP-Link Archer AX11000 on TP-Link's Flagship Store on Lazada here.