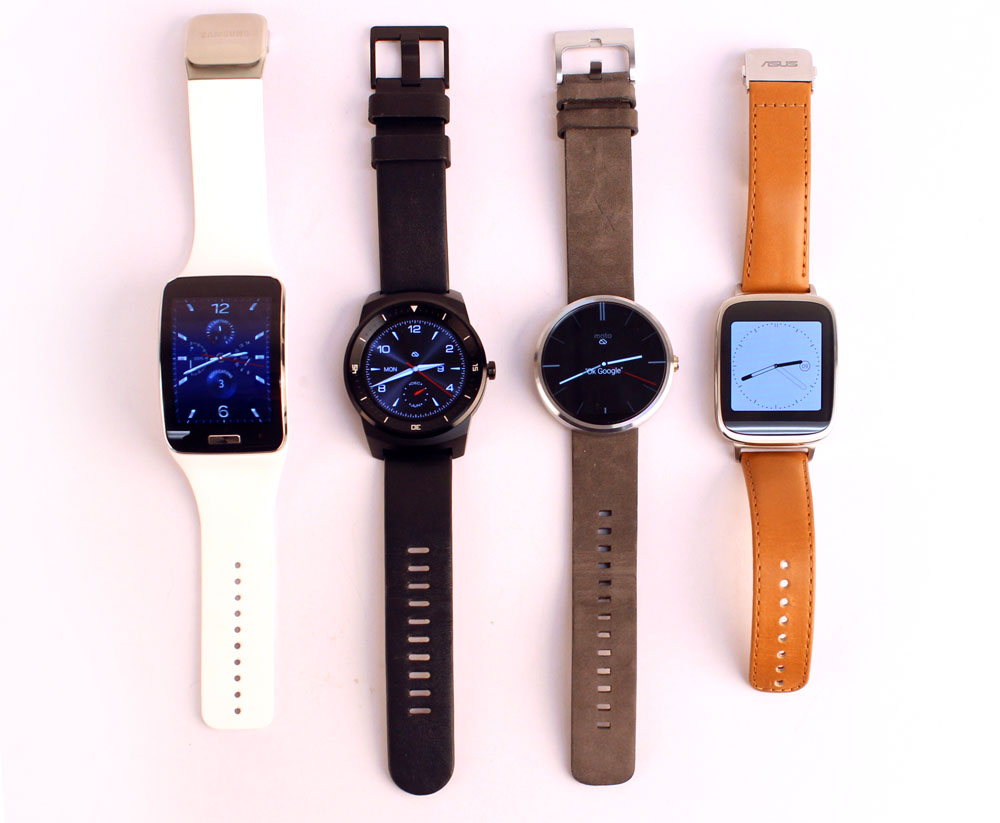 The battle for your wrist

The wearable device market is quickly becoming the most hotly contested space in technology. And for almost every company invested in the area, the most lucrative piece of real estate is your wrist. But with so many choices out there, which smartwatch is the best? We've chosen four of the most popular smartwatches released last year, and we'll be evaluating them based on design, style, display and battery life. Interestingly,  most of them are based on the Android Wear platform, which is fast gaining momentum just like Android did for smartphones.

Before we start, here's a look at the four models we'll be comparing: 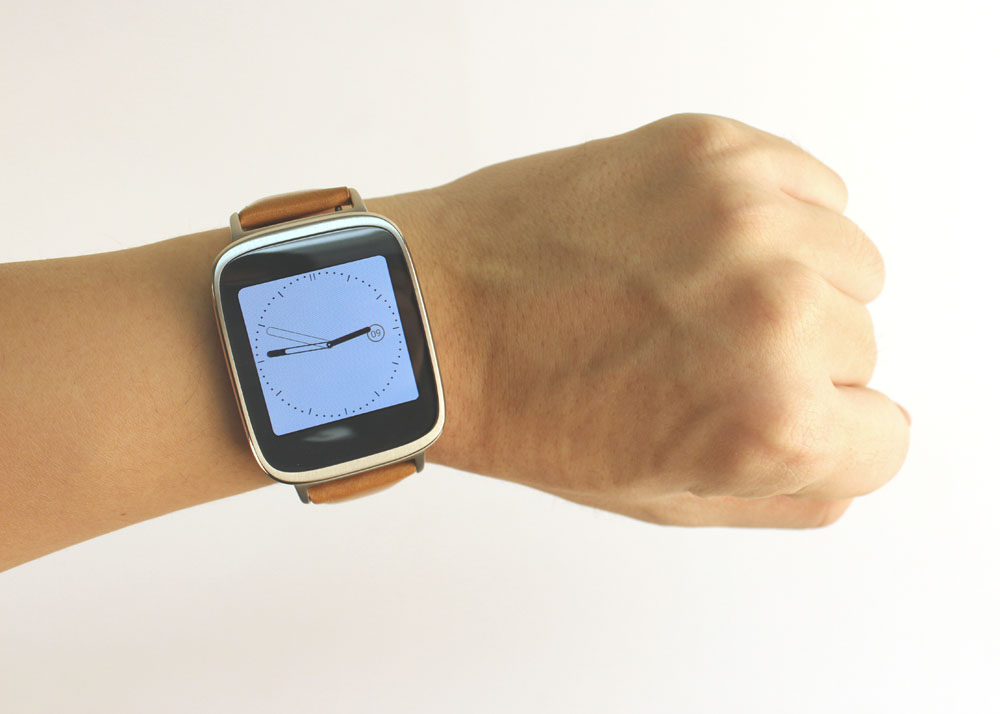 The ASUS ZenWatch is the only smartwatch in our shootout sporting a square shape face. That’s not to say that it’s boring though. The ZenWatch’s chassis is made from two layers of stainless steel sandwiching a classy rose gold steel midsection. While the ZenWatch’s display may be square, the frame around the display is rounded, softening the watch’s overall appearance. The soft curves and subtle gold color makes the ZenWatch the most unisex and classy of the smartwatches in our shootout, with the other watches definitely more suited for men. Unfortunately, the bezel surrounding the screen is quick thick, and detracts from the overall sleekness of the watch. 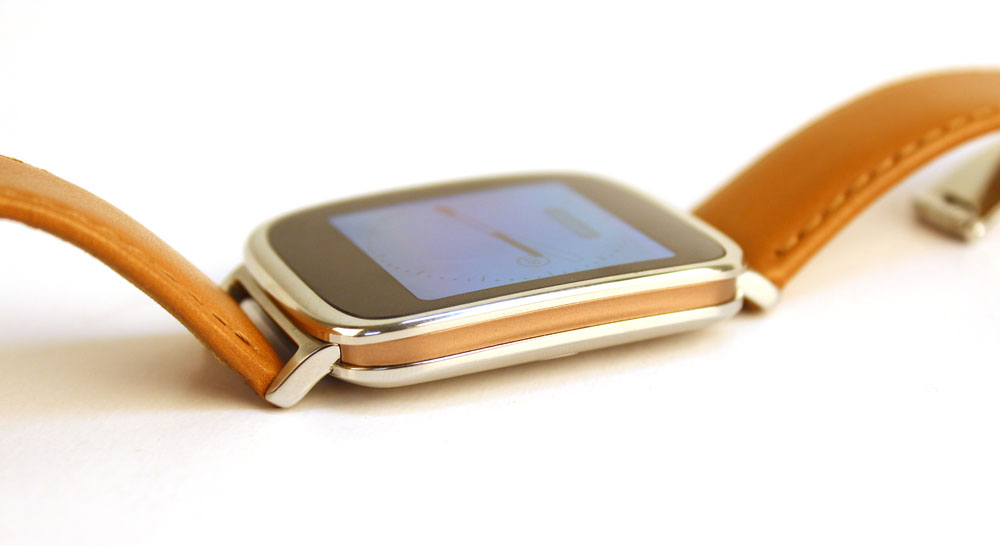 The ZenWatch comes fitted with a soft tan-colored stitched genuine leather strap, with a metal deployant clasp, but you can easily swap it for any standard 22mm watchstrap if the color or style isn’t to your liking.

Unlike the prominent buttons on our other smartwatches, the ZenWatch’s settings button is hidden on the underside of the watch. While this gives the watch a nice symmetrical appearance, it's clear that ASUS didn’t design the button to be used often as it’s actually quite tricky to press with the watch worn on your wrist. As such, the main points of interaction with the ZenWatch are its touchscreen and through voice commands.

The ZenWatch has a 1.63-inch, 320 x 320 pixel AMOLED display (278 ppi). On paper, the ZenWatch’s 278 ppi should give it about the same clarity as the Motorola Moto 360, and it should be only slightly worse than the Samsung Gear S and LG G Watch R. The reality however is quite different, as it’s noticeably the worst of the lot. The display has a hazy quality, which is exasperated by the glass on top of the screen being extra thick too. 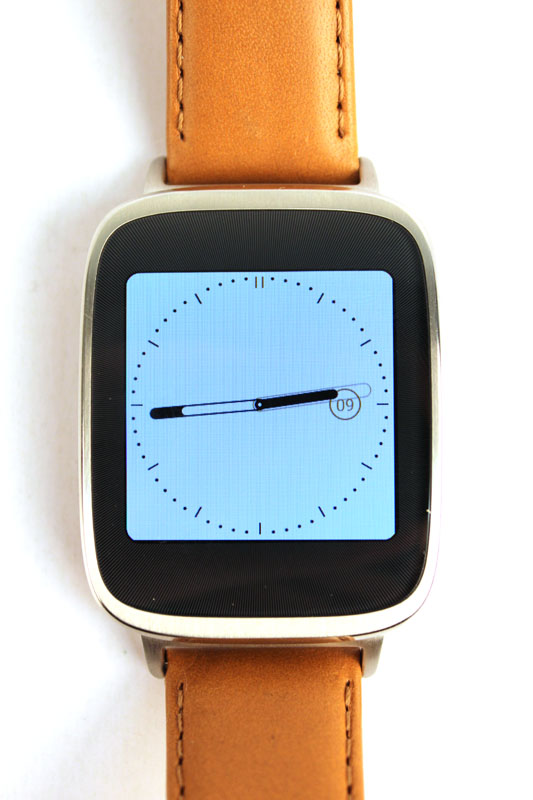 Like LG's G Watch R, the ZenWatch is powered by a Qualcomm Snapdragon 400 processor and runs on Android Wear. ASUS has also included a few of its own apps, including some exclusive watch faces, and a nice compass app. There’s also a useful camera remote app that lets you use the watch as a viewfinder for your ASUS phone’s camera. As with most smartwatches today, the ZenWatch includes a heart rate monitor and accelerometer for activity tracking. There’s also an exclusive ASUS health and fitness app.

The ZenWatch has a unique way to measure your pulse. Instead of using an optical light sensor like most other wearables, you place two fingers on each side of the metal frame at the same time, completing an electrical circuit. Unfortunately, this isn’t any faster than the other method, and seems to be less accurate too, with erratic readings often over 100 bpm despite the fact that we hadn’t done anything for the past five minutes. Having said that, the review unit we're testing is a pre-production model, so it may not be as accurate as final production models.

Battery life on the ZenWatch was decent but not amazing. We were able to get about 18 hours out of it but not much more. It definitely requires charging every night via a clip-on charging cradle and micro-USB charger.