Intel has finally taken the wraps off its high-performance Kaby Lake chips, which includes models for both desktops and gaming notebooks. The new chips join Intel’s low-power U-series chips that were first announced in August in completing the Kaby Lake line-up, and arrive just in time for users looking to upgrade their machines in the new year.

The seventh-generation Kaby Lake desktop chips launch alongside Intel’s new Z270 chipset, and we’ll be using one of these new motherboards to showcase some preliminary performance figures.

Here’s the configuration of the test setup we used:

Cinebench is a benchmark tool used to compare CPU performance across different systems, so we’ll be using it to evaluate how well the best of Kaby Lake goes up against the best of Skylake. The test scenario uses all of the system’s processing power to render a photorealistic 3D scene, making use of various algorithms to stress all available processor cores.

The Intel Core i7-7700K was found to be around 9 per cent faster than the Core i7-6700K – in other words, a decent performance bump but nothing game-changing. 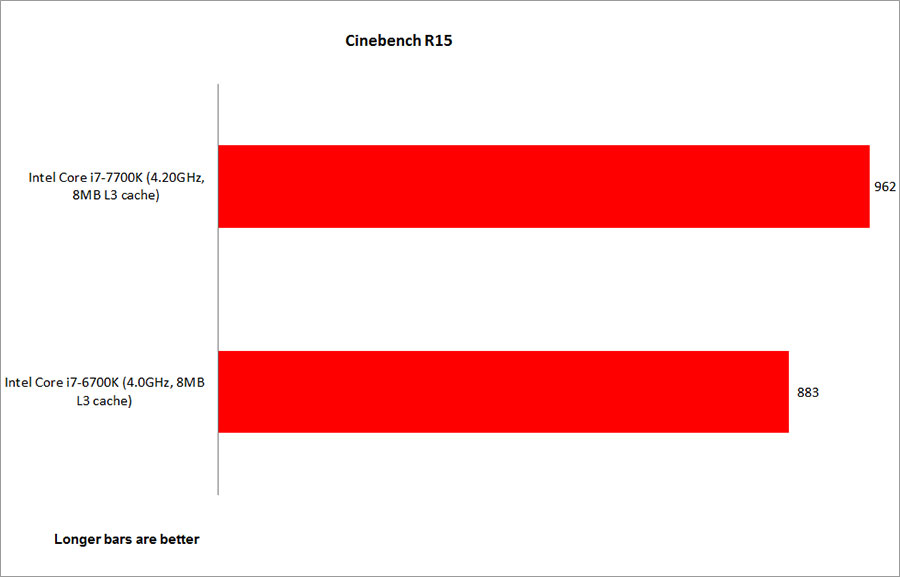 The Kaby Lake chip inched ahead of its Skylake counterpart here with less than exciting performance differential. 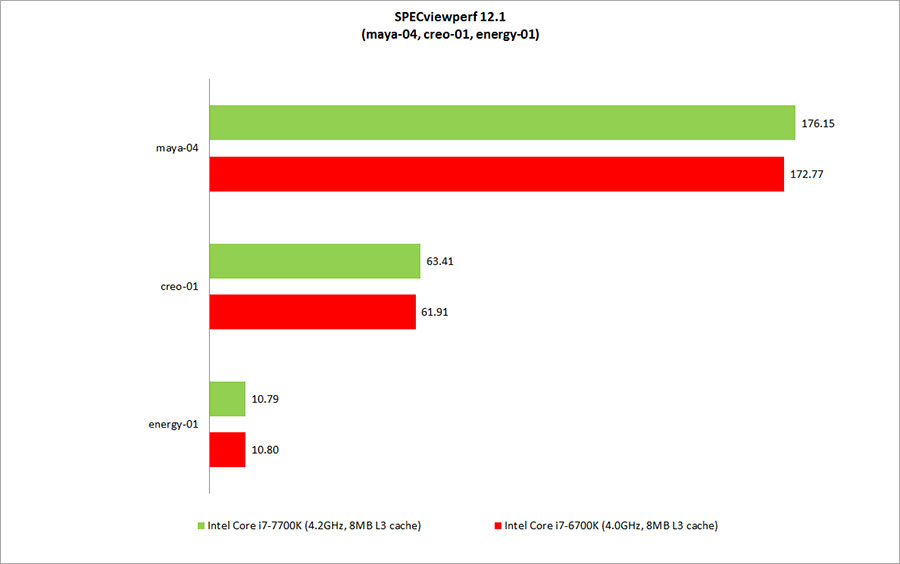 However, as expected, the step up to Kaby Lake isn’t going to make that much of a difference in terms of gaming performance and the new CPU was topped out at being a mere 4 per cent quicker than the Core i7-6700K in Fire Strike. You could almost conclude that the performance difference is very much in direct co-relation to the Core i7-7700K's increased clock speed over the 4GHz base clock of the Core i7-6700K. 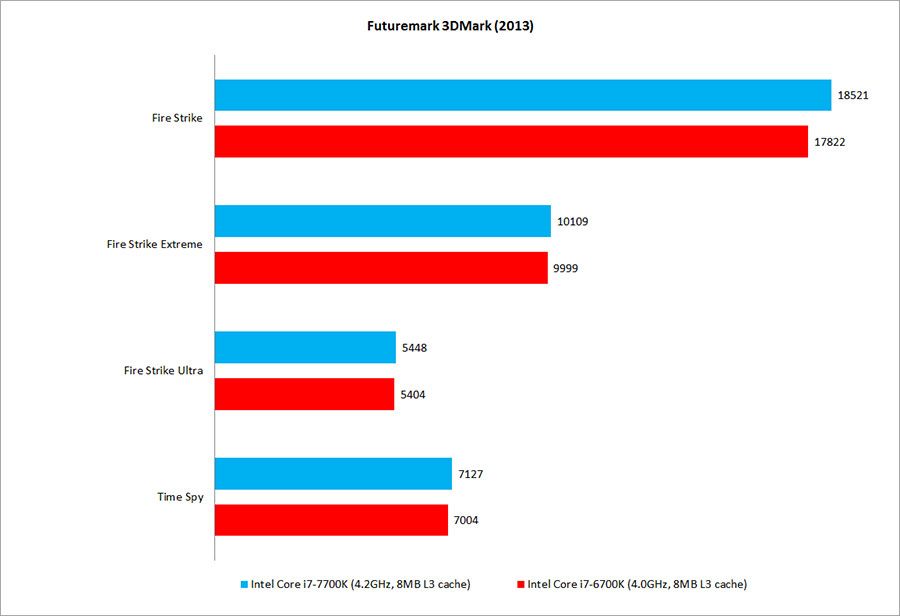 In an actual game like Ashes of the Singularity, performance improvements were once again on the low side, with the Core i7-7700K managing to squeeze out just a few extra frames. The extra performance is likely due to its 200MHz clock speed increase, but gaming performance is otherwise much more dependent on the GPU. 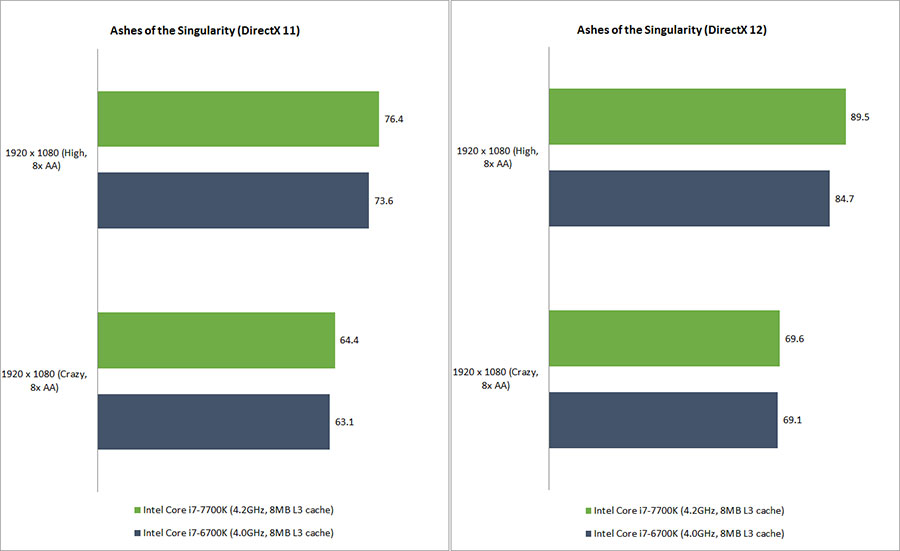