LG shows off its new range of gaming, UltraWide, and 4K monitors for 2018

LG shows off its new range of gaming, UltraWide, and 4K monitors for 2018 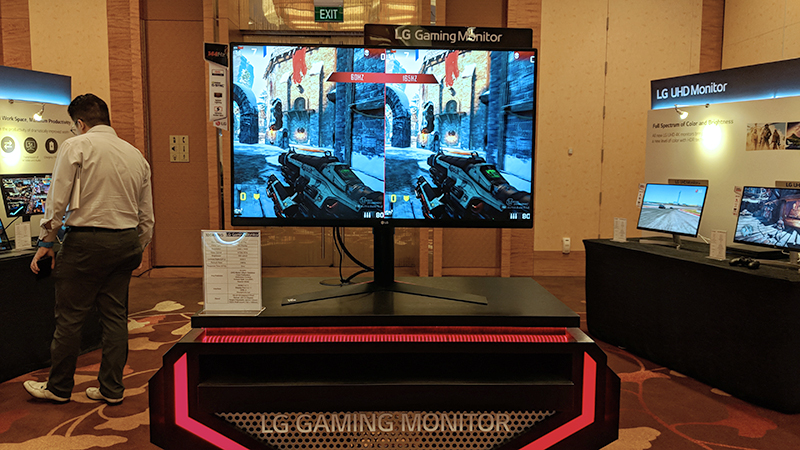 There’s an LG monitor for everyone. The company today showcased its latest selection of premium displays, which include everything from high-end gaming, UltraWide and 4K monitors to more affordable IPS displays.

They also encompass a wide range of screen sizes, starting from modest 21.5-inch displays and going all the way up to expansive 37.5-inch curved screens, so you’re quite literally spoilt for choice here.

It also comes with what LG calls “sphere lighting”, which comprises LEDs behind the monitor that create a soft ambient glow. Gamers can choose from six different color settings and adjust it with a wheel key to create a gaming atmosphere that matches their rig. 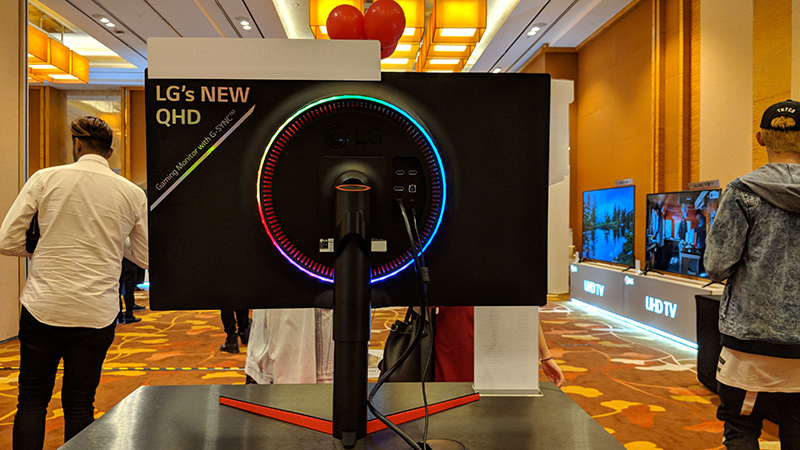 LG is also joining the 240Hz camp with the LG 27GK750F. This 27-inch display uses a TN panel and a 1,920 x 1,080-pixel resolution, but it tries to make up for that with its blistering refresh rate and 2ms response time. There’s no G-Sync support however, and the monitor supports AMD’s FreeSync instead. 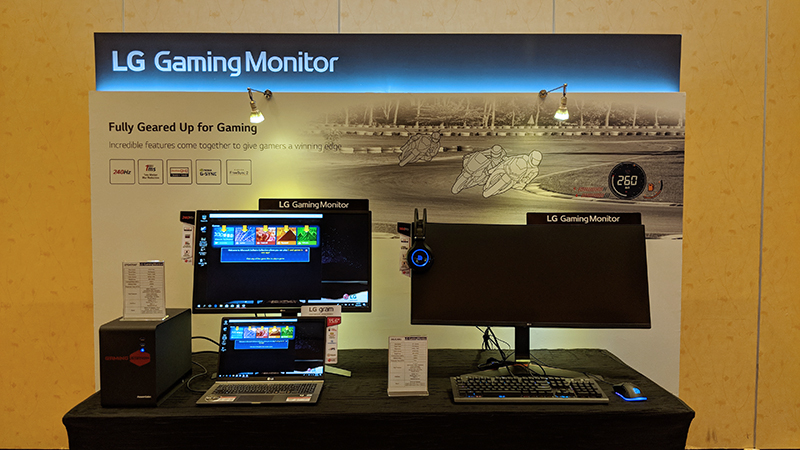 All of LG's gaming monitors are available to buy now. 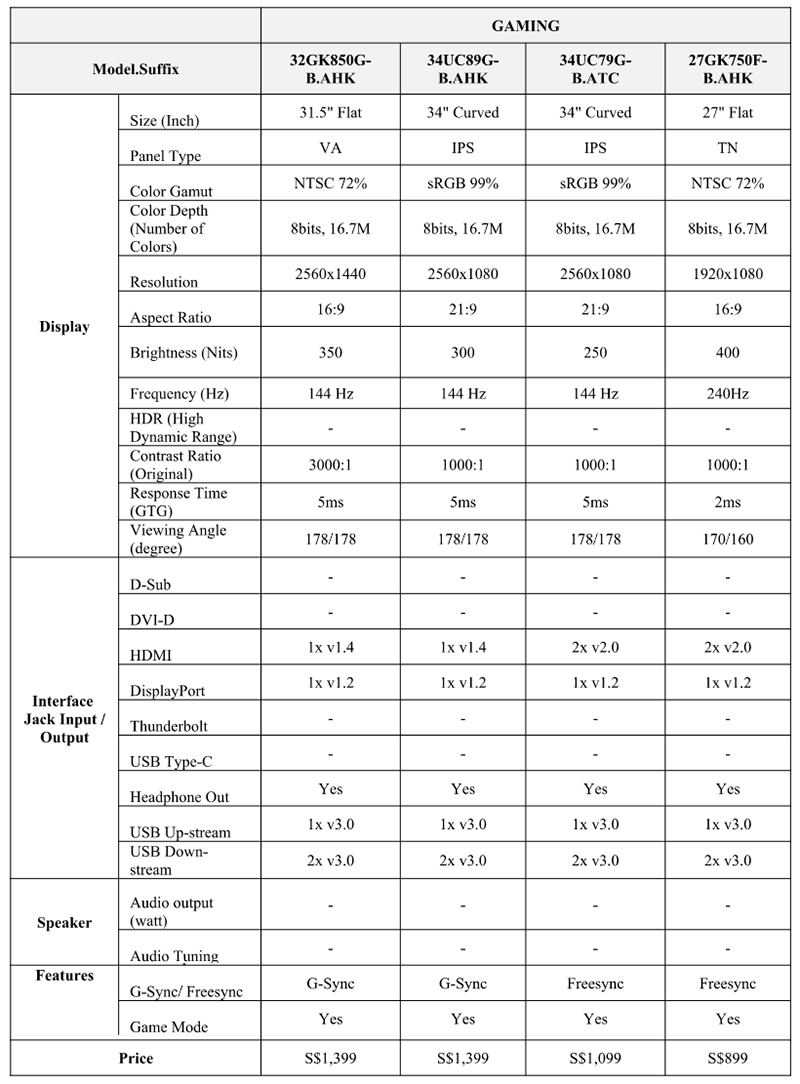 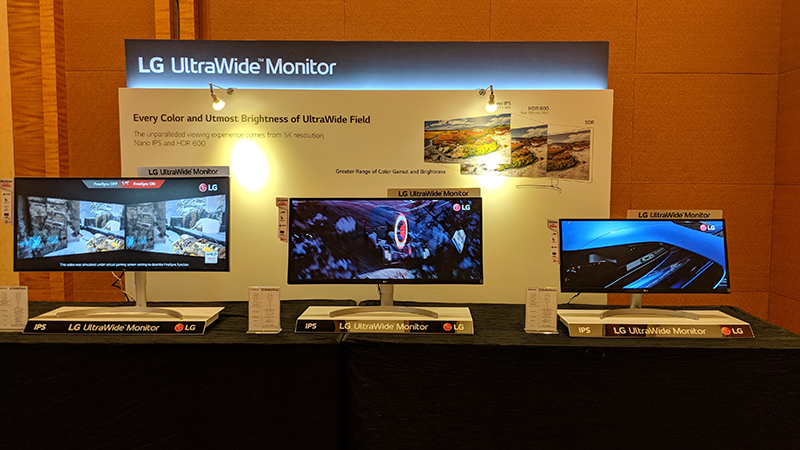 As their name suggests, LG’s UltraWide monitors are sprawling IPS displays with wide 21:9 aspect ratios for those who need plenty of screen space to work with. They’re a good fit for any workstation, so photographers, video editors, graphics designers, and even app developers can lay all their work out at once.

In addition, all three UltraWide monitors also support the HDR10 standard and feature a 75Hz refresh rate across the board.

All three UltraWide monitors will be available to buy in May 2018. 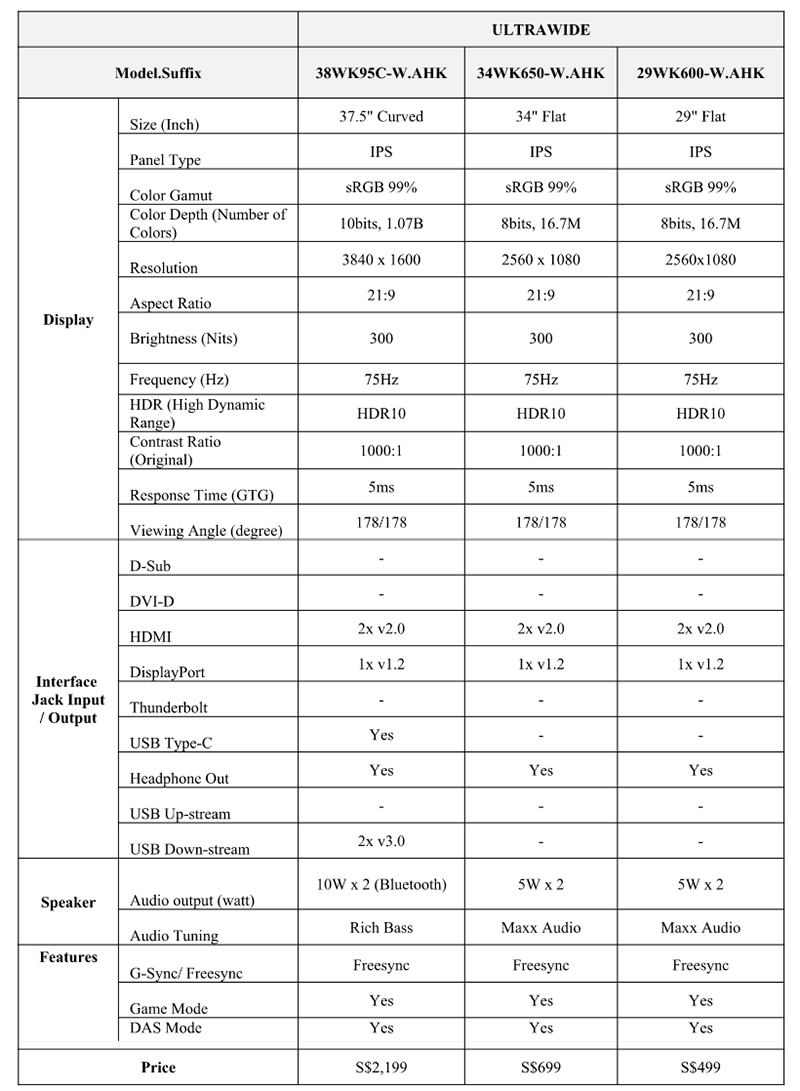 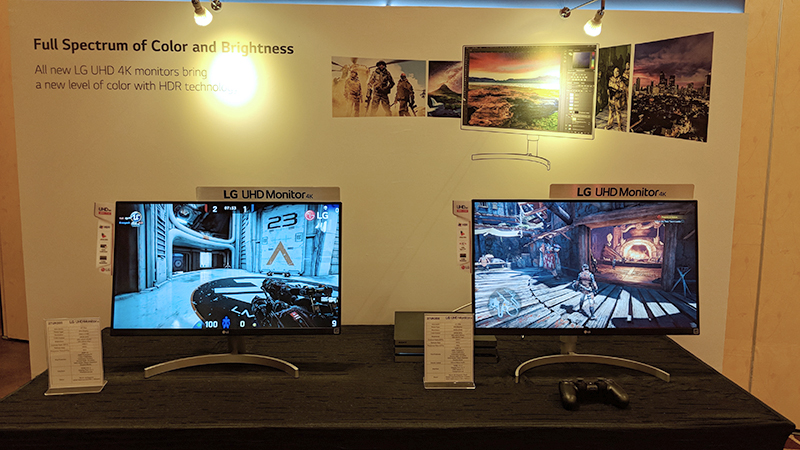 Content creators and movie buffs for whom picture quality is a priority can look at LG’s UHD series of monitors, all of which are equipped with crisp 3,840 x 2,160-pixel IPS displays.

The flagship of the line-up is the LG 32UK950, a 32-inch 4K monitor that was first announced back at CES 2018. It uses LG’s Nano IPS technology, which uses “nanometer-sized” particles that can absorb unwanted light wavelengths.

This means purer and more accurate colors, which is how LG is able to claim a 98 per cent coverage of the DCI-P3 color space. It is also capable of reaching a peak brightness of up to 600 nits and supports the DisplayHDR 600 standard.

For the other 4K monitors announced today, you can check out the table below. The 27UK850 and 27UK600 will be available to buy in May 2018, while the other two models are already in stores. 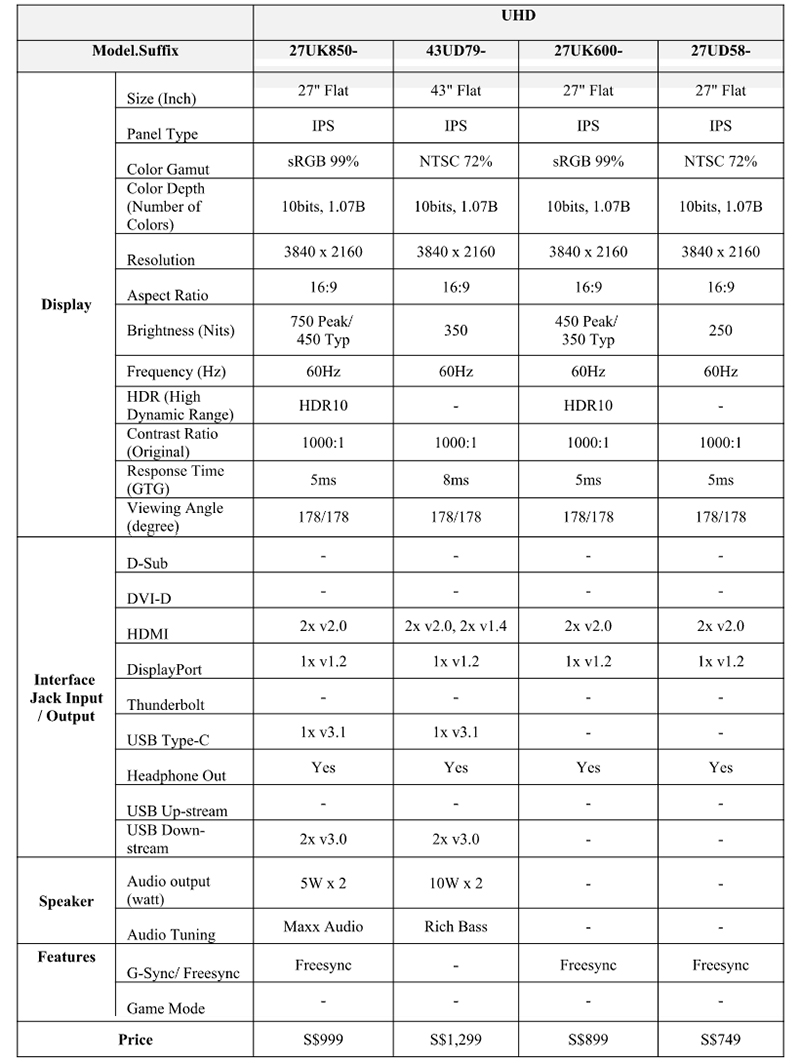 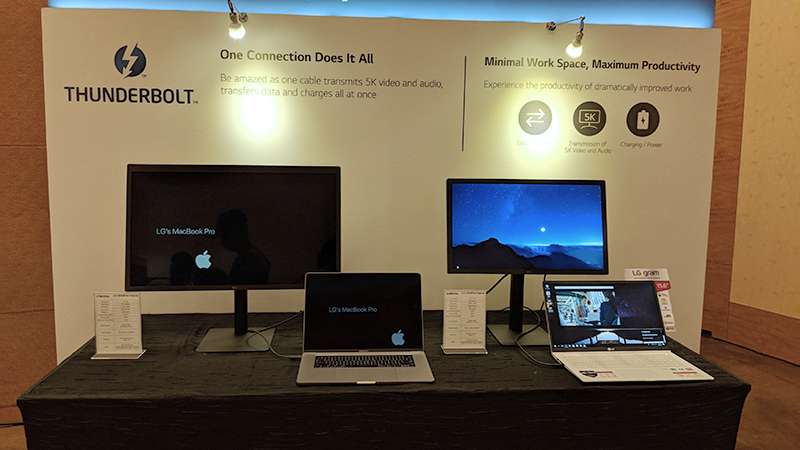 Mac users will find something to like as well with LG’s series of Mac-compatible UltraFine monitors.

The LG 27MD5KA can display up to 99 per cent of the DCI-P3 color space and a 10-bit color depth, so it’ll appeal to creative professionals and others who work with high-resolution photos. The 27-inch monitor also sports a 5,120 x 2,880-pixel resolution, which amounts to a pretty impressive pixel density of 218 ppi.

In addition, its Thunderbolt 3 port can transmit 5K video and data while providing up to 85W of power to charge a MacBook Pro, so you’ll be able to work with minimal cable clutter.

Both UltraFine monitors are available to buy now. 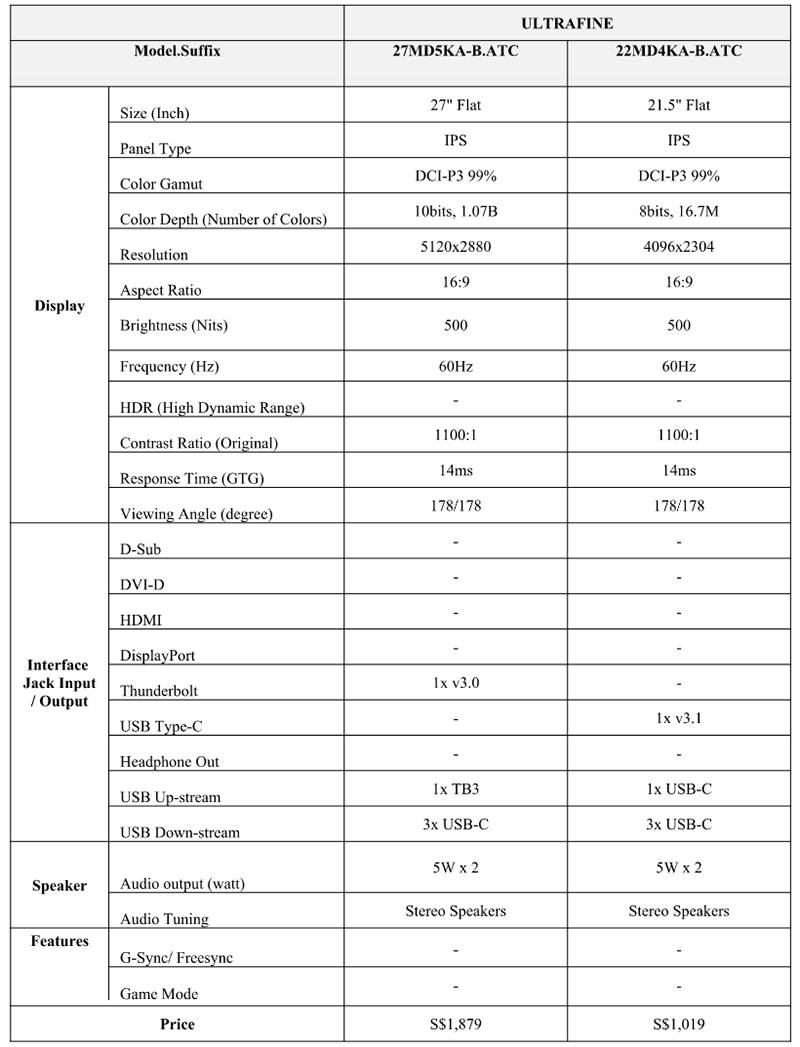 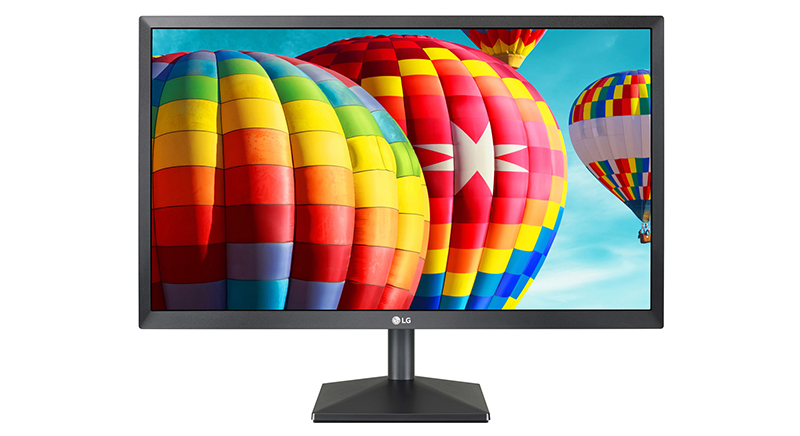 Finally, LG has a selection of more affordable monitors for the casual user as well.

The LG 22MK430 and 24MK430 are no-frills offerings for those who simply want a functional monitor with decent picture quality. For starters, both monitors feature IPS panels, which are capable of better color reproduction and viewing angles than their TN counterparts. 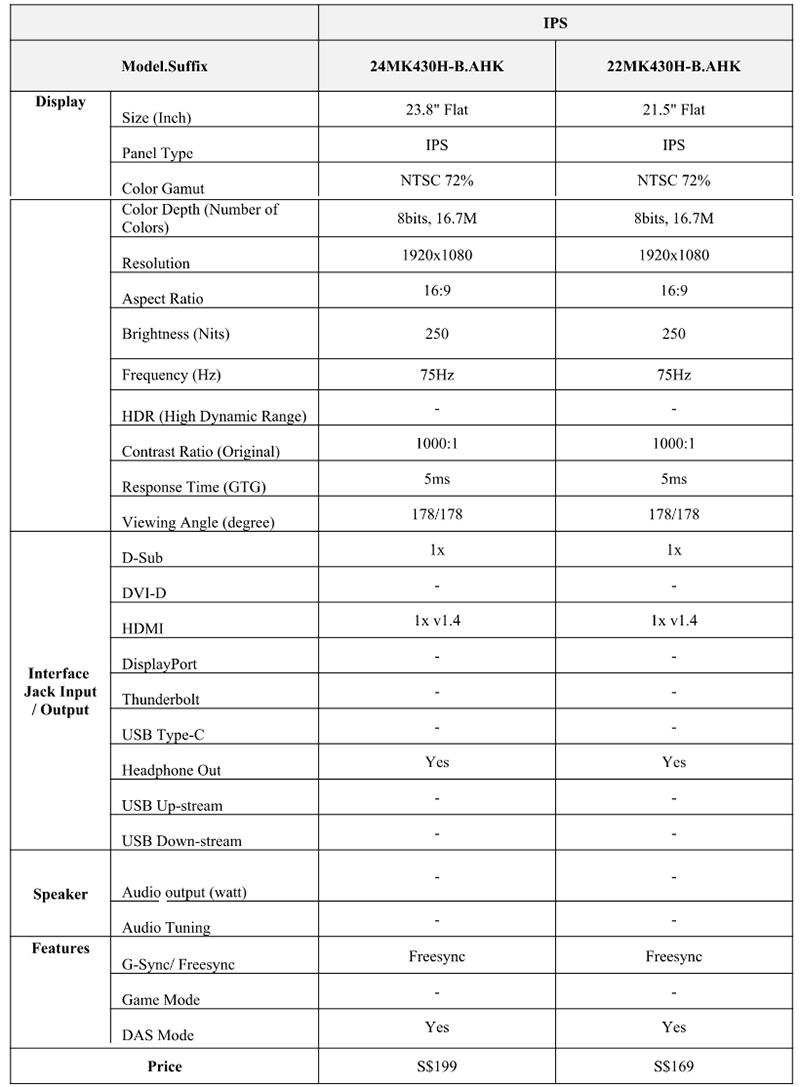