Impressions - The ROG Zephyrus M16 has a fantastic bezel-less display

The long and short of it 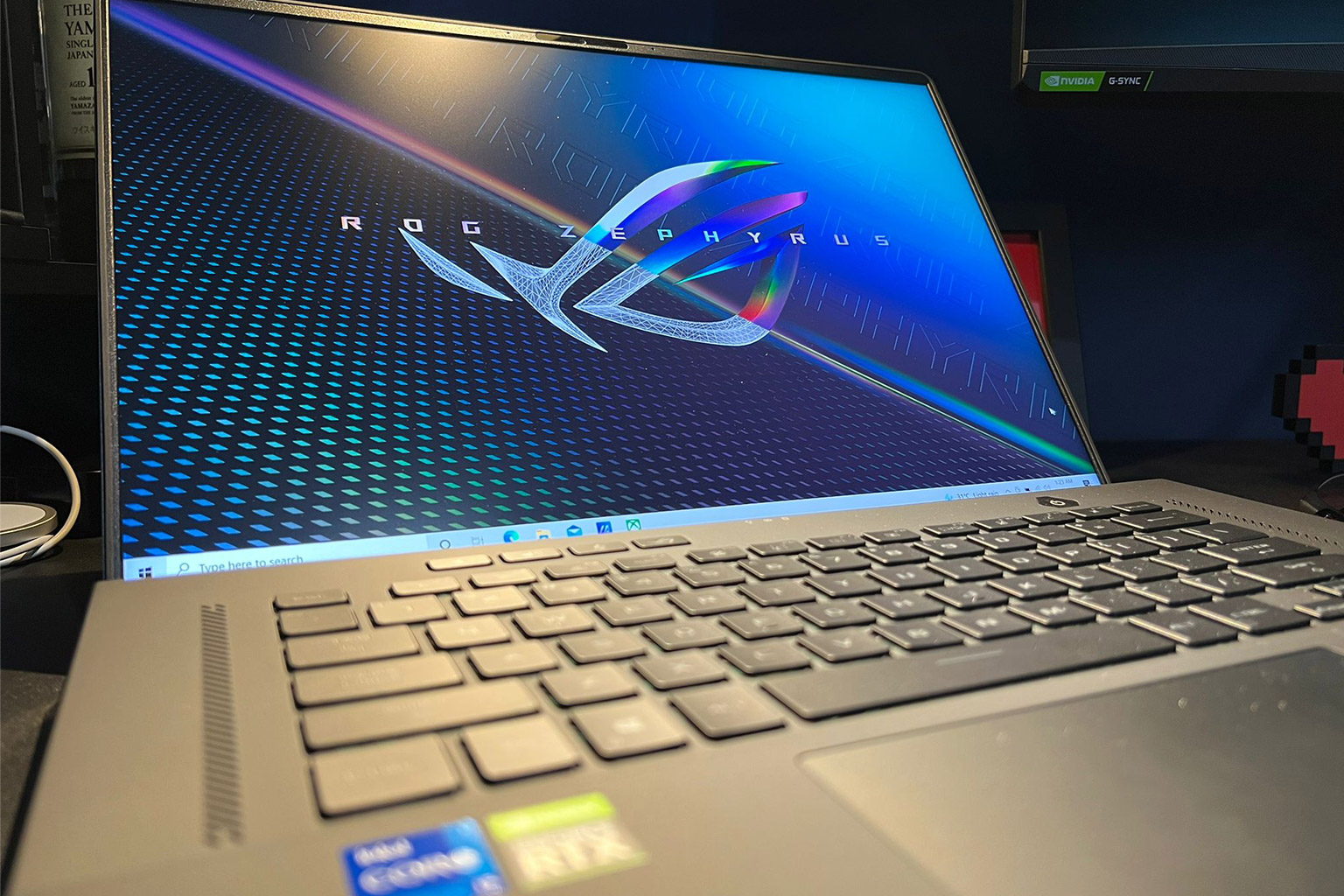 ASUS announced the local availability of its newest ROG Zephyrus notebook earlier this month, the Zephyrus M16, joining a long line of ROG notebooks under the Zephyrus moniker. I got the chance to have a look at the gaming notebook (ASUS is marketing it as a gamer and content creator’s companion, but let’s just call a spade, a spade) and aesthetically, I think it’s absolutely one of ASUS’ most gorgeous-looking notebooks yet. 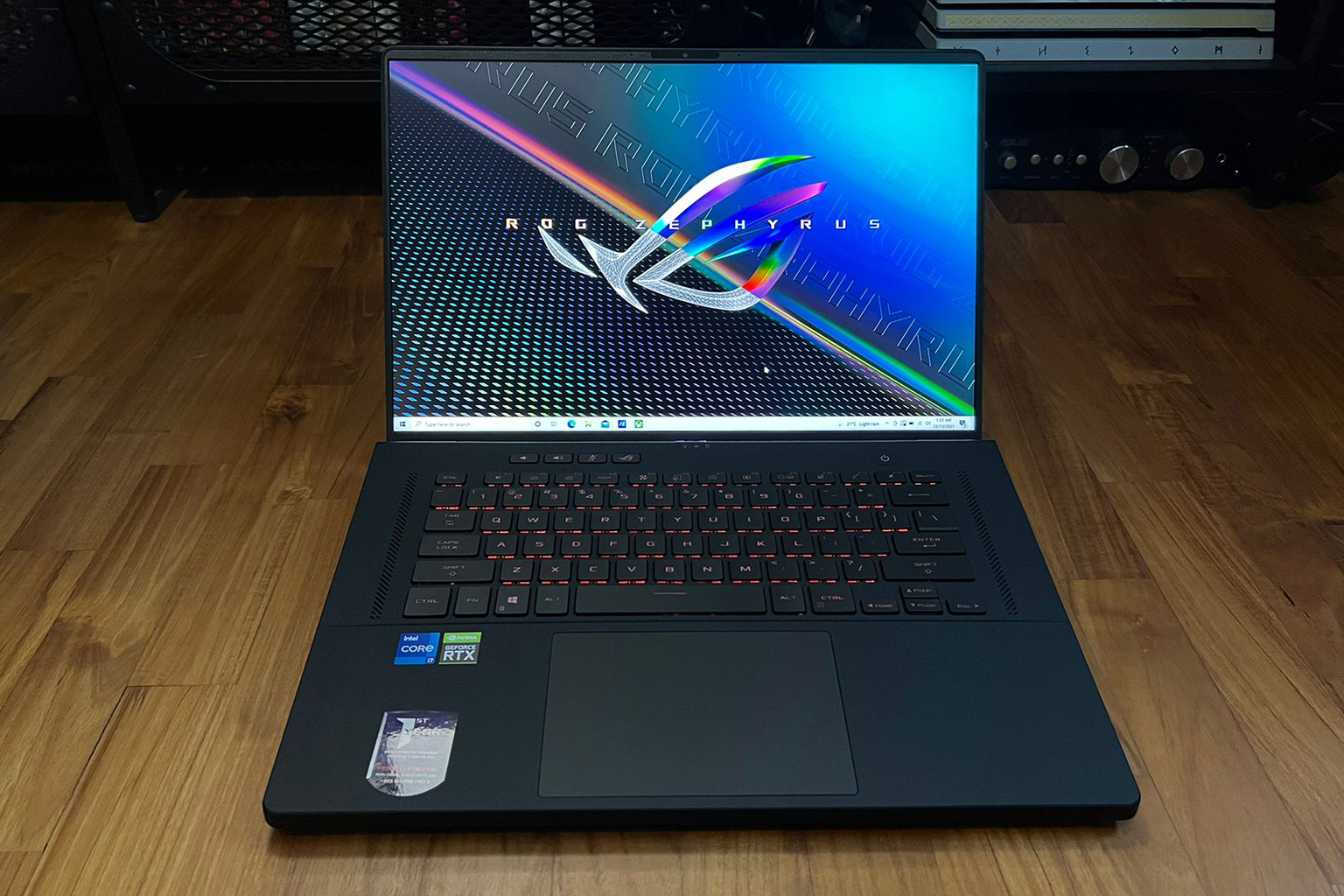 What caught my eye most was the Zephyrus M16’s super-narrow bezels on all four sides of its display.  My photos here don’t quite do it justice, but ASUS has somehow squeezed every millimetre out of the notebook’s 16-inch display frame (QHD, 2,560 x 1,600 pixels resolution), giving it a 94 per cent screen to body ratio. Now, having a screen that extends all the way down to the edge of the keyboard not only looks cool but also gives you more screen estate – good news for gaming content creators. 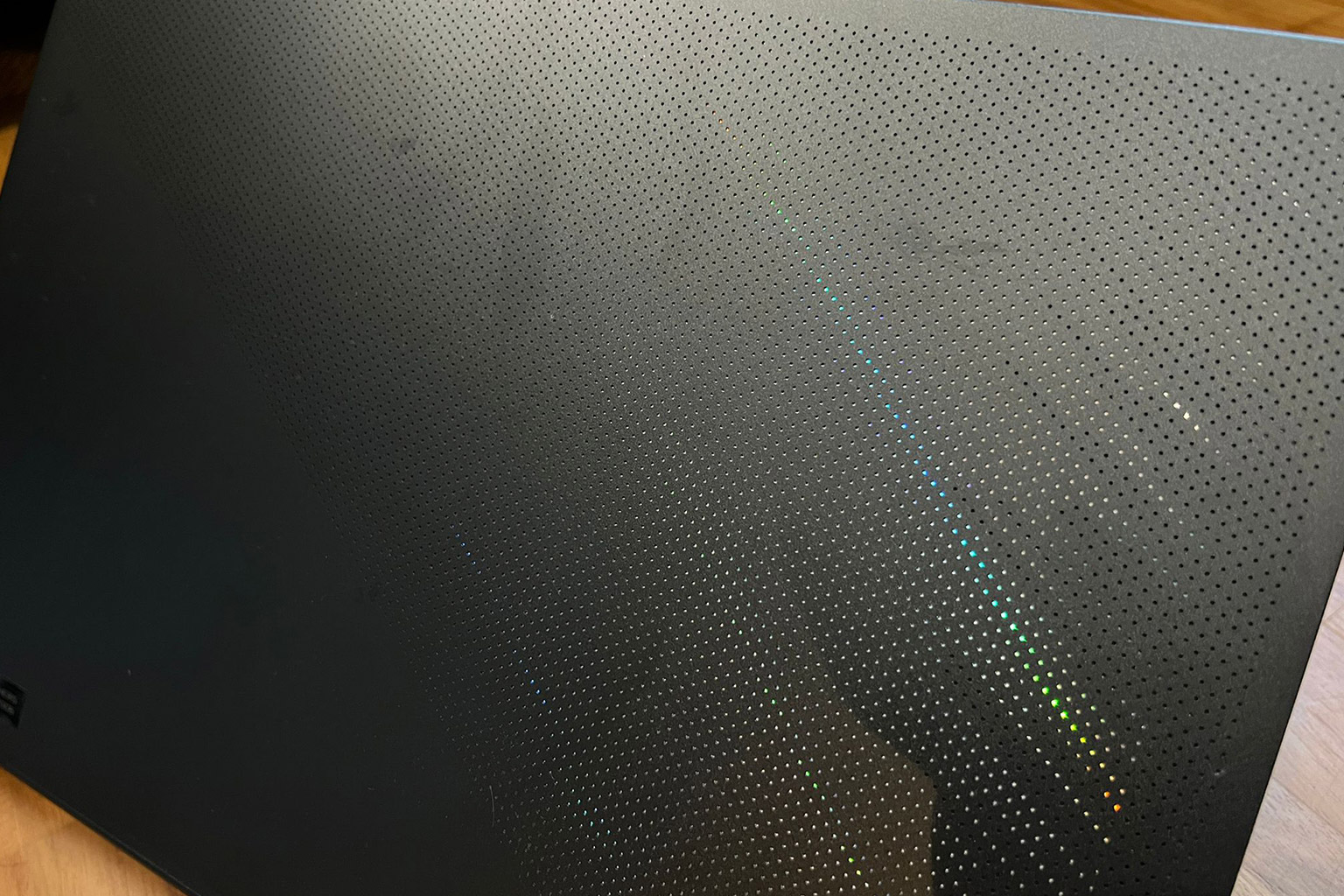 And all this without taking out the webcam. So yes, there’s a small webcam at the top of the display, so you will still be able to do your virtual calls and video recordings. The rest of its design is very similar to the Zephyrus G14 gaming notebook, too, which you may remember had the fancy AniMe Matrix LEDs on the back of their lids. The Zephyrus M16 has one of these as well and comes with an additional layer of prismatic film this time round to really make it shimmer.

As the successor to last year’s M15, the Zephyrus M16, in comparison, is a far more sophisticated take of this series. That also means it's still very much a 15-inch notebook in terms of dimensions and weight, despite its now larger display. It’s also about 5% lighter and smaller than its predecessor, weighing at just 1.9kg, which is pretty light for a gaming-class notebook of this type.

I’ve always praised the displays used on ROG gaming notebooks, and the one on the Zephyrus M16 does not disappoint. Its Pantone validated to cover a full 100% of the DCI-P3 colour gamut, and I find the colours to be punchy and vibrant be it while gaming or watching my Netflix shows. Oddly enough, the screen isn’t HDR-compatible, so while it can hit a peak white level of 500cd/m2, it does not match up to notebooks that are designed with dedicated content creation in mind – like the recently announced Vivobook Pro 16X OLED, also from ASUS. 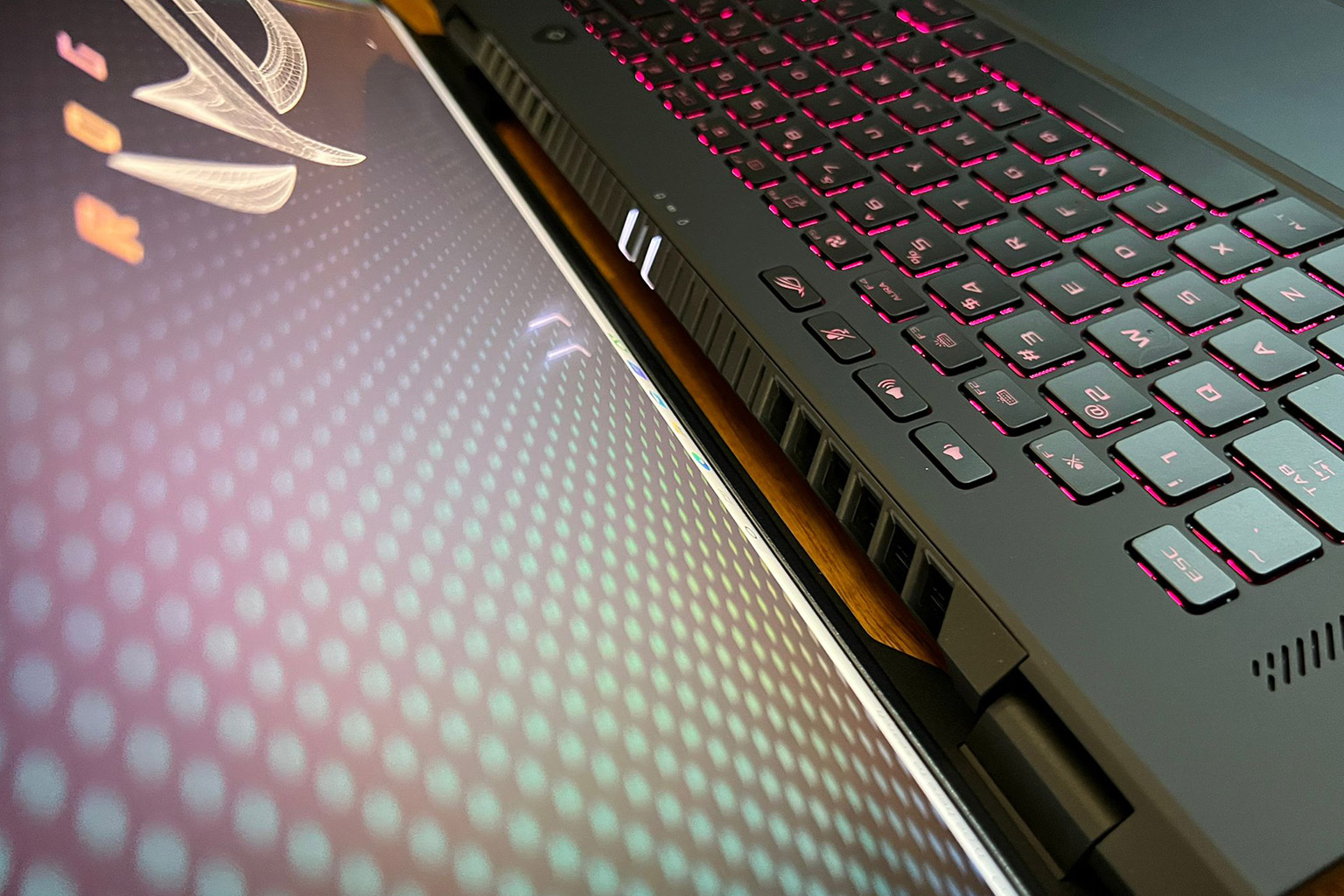 For hardware, the Zephyrus M16 is powered by the Intel 11th Gen Core i7-11800H octa-core processor (clocked at 2.3GHz) and NVIDIA’s GeForce RTX 3070 Laptop GPU. All these powers require a good cooling and thermal solution. ASUS uses liquid metal exclusively as a compound to transfer heat between the CPU and the cooling module in all its ROG notebooks, and the Zephyrus M16 is no different. The area above the keyboard also acts as a large cooling vent, and the bottom panel lifts up to increase airflow when the display lid is up. 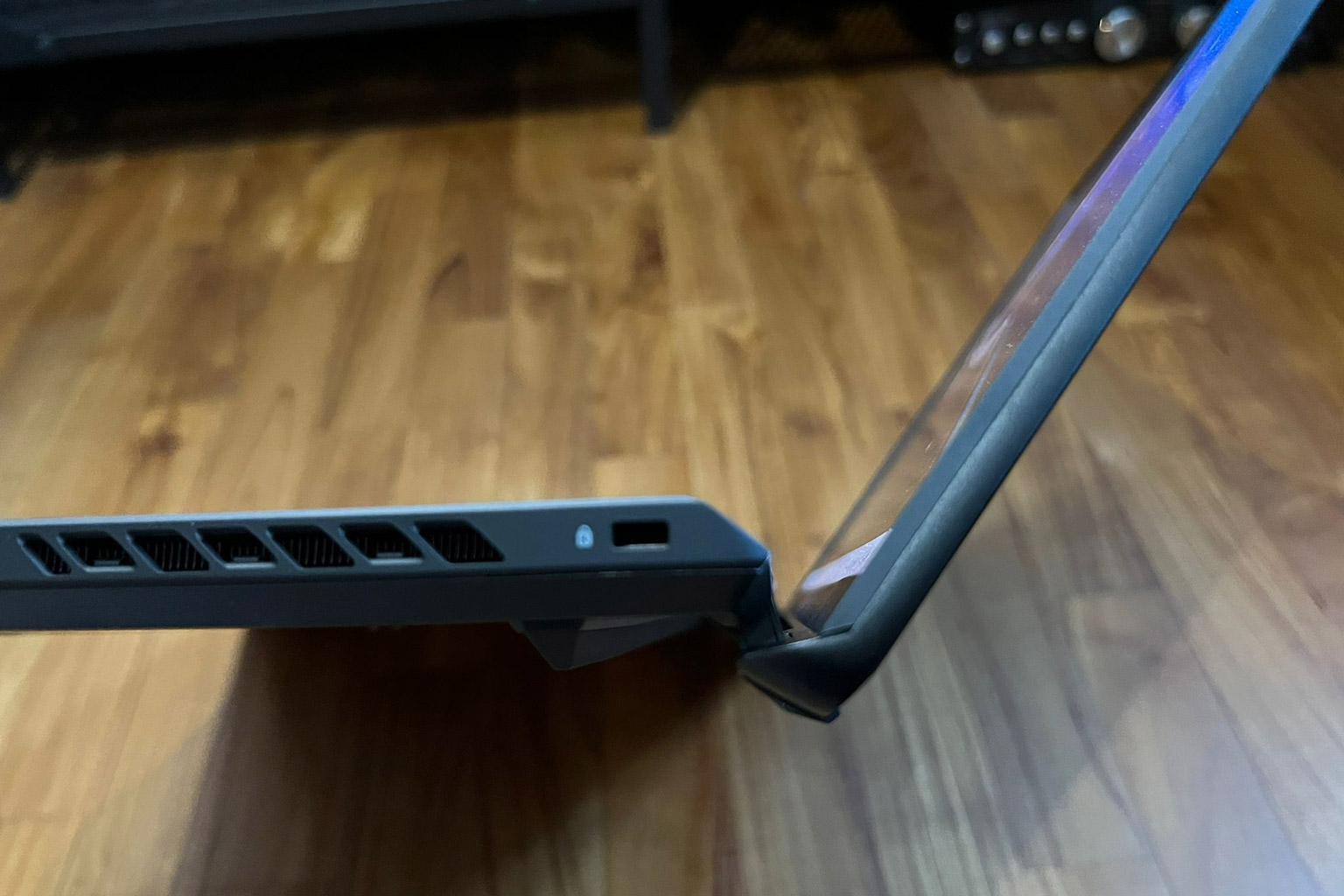 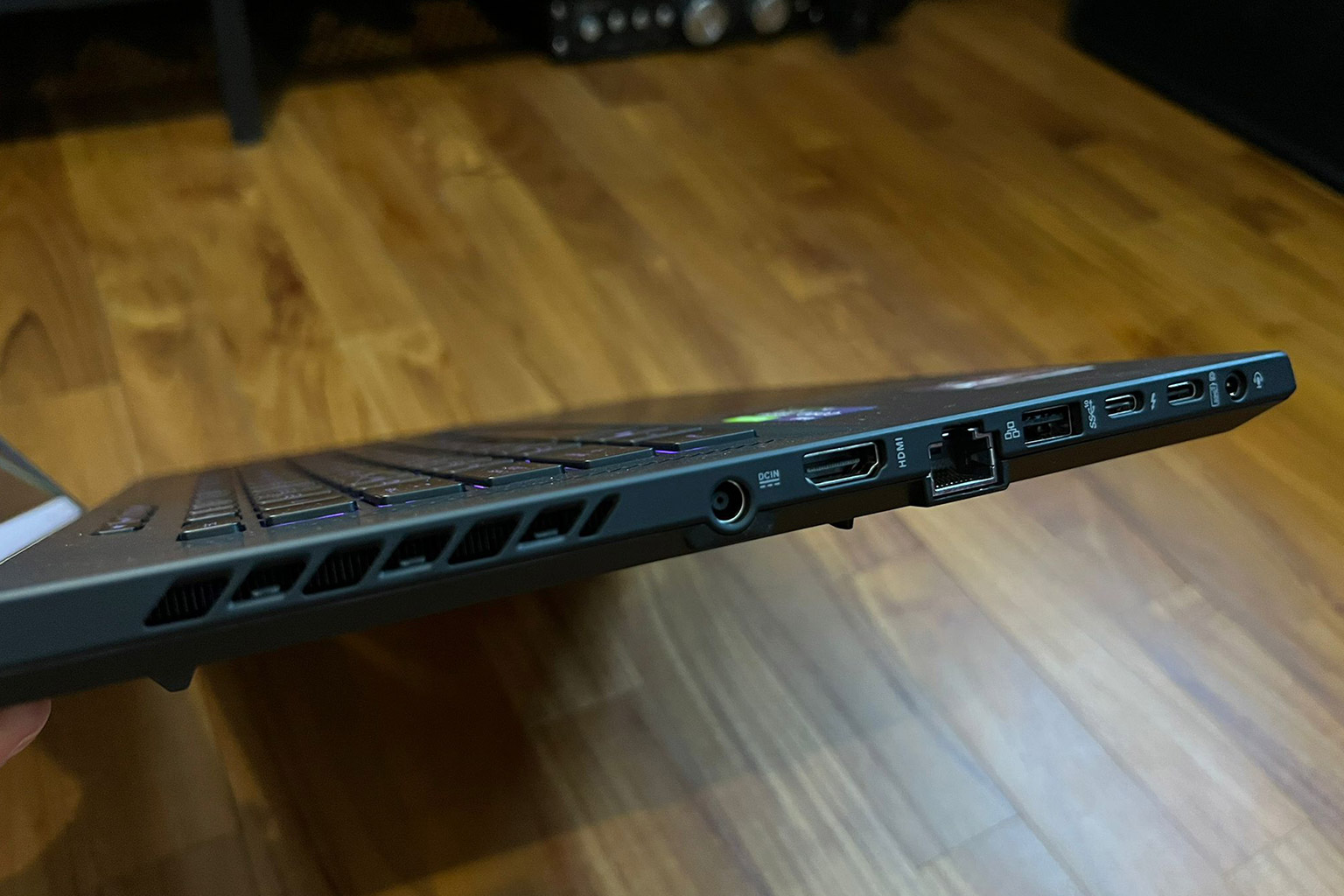 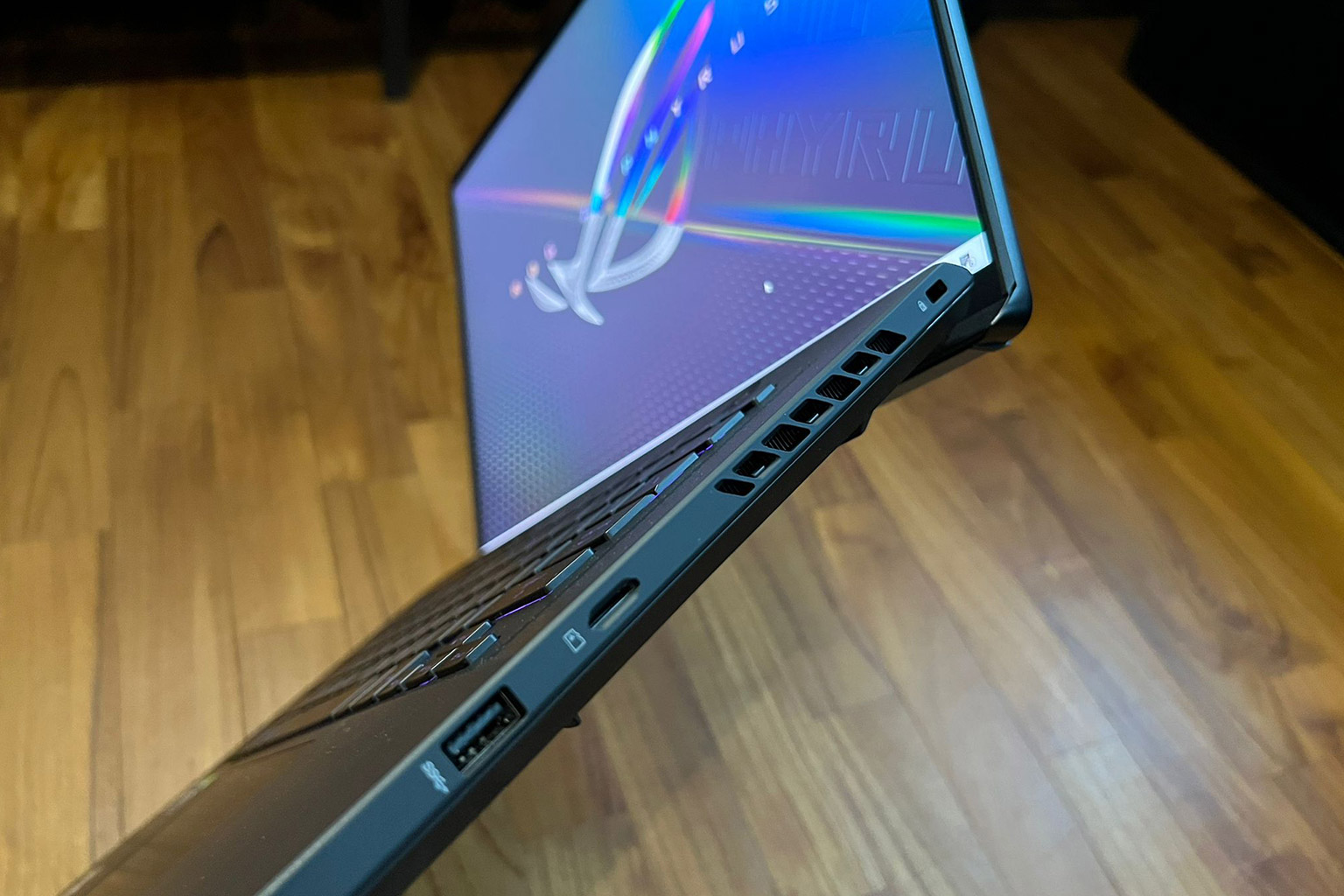 Since it’s also targeted at content creators, the Zephyrus M16 got a good range of ports too, including two USB-C ports with power delivery (and one of which also supports Thunderbolt 4), two USB 3.2 Gen 2 Type-A ports, a microSD card reader (surprise surprise!), an HDMI 2.0 output, Ethernet port and a 3.5mm jack for both a headphone and microphone.

New to this Zephyrus is a soft-touch coating around the keyboard that prevents messy fingerprints. My worry with this is that our tropical climate and high humidity can cause this surface to become tacky, sticky even, after a while. It happened with my Dell XPS 13 2018 model, so take that as a cautionary tale.

I haven’t had the chance to do a full benchmark of the notebook yet, but here’s a rundown of its specifications:

The ROG Zephyrus M16 (GU603) is now available to buy in from ASUS Brand Stores, online store, and authorised retailers. It will cost you S$3,798.