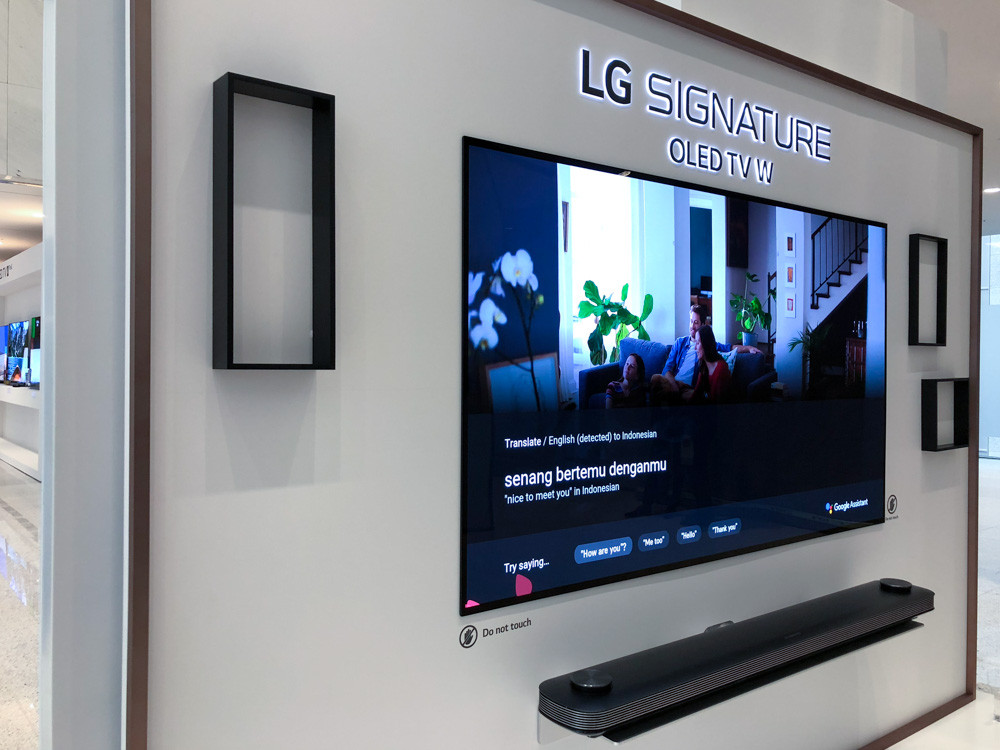 LG’s 2018 OLED TVs and Super UHD TVs will feature a new artificial intelligence (AI) that LG is calling AI ThinQ. AI ThinQ unlocks the ability to control the TV and more, simply by using your voice.

If the name ‘AI ThinQ’ sounds familiar, that’s because LG also has ‘SmartThinQ’ connected home appliances. The LG V30S+ and LG G7 smartphones also come with an AI that’s simply called ‘ThinQ.’ And you should know that the 2018 OLED and Super UHD TVs also support Google Assistant — except not yet in Singapore.

It’s all a little confusing, but here’s what you should know about how AI works on LG‘s new TVs.

ThinQ is what LG calls the artificial intelligence (AI) in its 2018 products. The name is derived from the phrase “think of you” and the word “cue.” LG says that the word “cue” conveys the intention to act, which is the purpose of LG’s AI-enabled products.

What’s the difference between AI ThinQ and ThinQ?

AI ThinQ is basically ThinQ, but it’s what LG calls ThinQ on its 2018 OLED and Super UHD TVs. 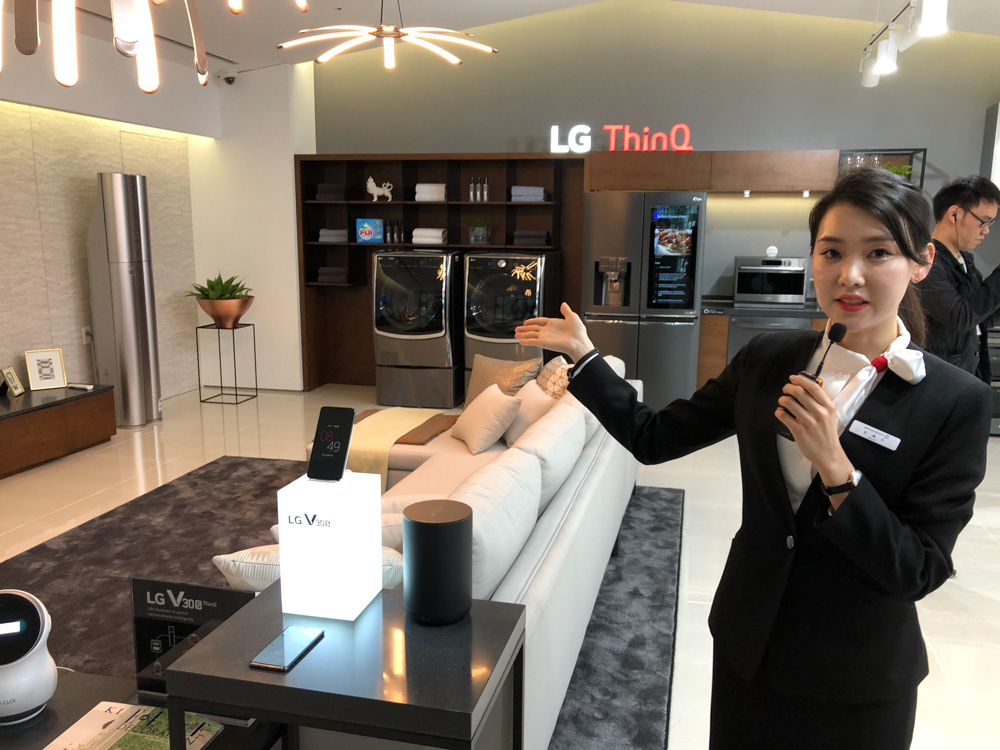 What can you actually do with AI ThinQ?

Think of AI ThinQ as a personal assistant living on the TV. Just press and hold on the microphone button on the remote and speak your request.

You can use your voice to do things like turn the TV off, the volume up or down, change inputs, change picture mode settings, and so on. You can also search for content on Netflix, with requests like “show me all Marvel movies,” or get weather updates from the internet.

How is this different from 2017’s smart TVs?

Any other smart features?

The new TVs can also function as smart home hubs. So you’ll be able to control other smart home devices like robot vacuum cleaners, air conditioners, smart lights, and others that can connect to the TV via Wi-Fi or Bluetooth.

What about the picture quality? Any improvements there?

Yup, there’s a new α (Alpha) 9 processor which enables all sorts of upgrades. We go deep into the TVs’ sound and image quality updates here. 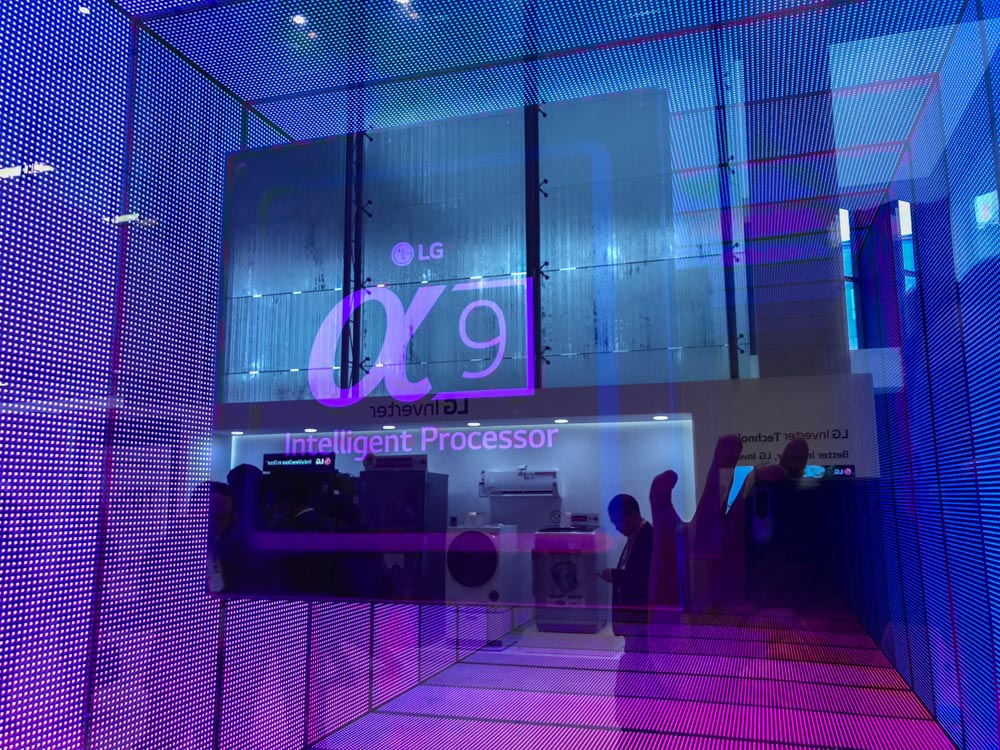 What happened to webOS then?

Yes, they do. But Google Assistant for the TV isn’t available in Singapore yet, and this one’s up to Google. Google enables its AI voice assistant on a per-country, per-category basis.

In Singapore, for example, you can now use Google Assistant on Android and iOS smartphones, as well as on smart speakers like the Google Home and Mini. But Google Assistant hasn’t been activated for TVs in Singapore yet. When it does get activated, here's a demo on how it works on the TV:

Okay. But if Google Assistant for TVs is enabled here, how will you know which AI assistant to use?

You don’t have to decide, the TVs will cleverly decide for you. All you have to do is press and hold the microphone button and speak. During a demonstration, we saw the LG OLED TV seamlessly funnel the request to the appropriate smart assistant.

So you can’t get Google Assistant on the LG AI ThinQ TVs yet?

You kind of can. Google has launched its Google Home and Mini smart speakers here, which come with Google Assistant. Connect them to the LG AI ThinQ TVs and the smart speakers can automatically display answers on the TV screen. If you ask for a weather update, for example, the Home can reply visually on the TV instead of only speaking it out. 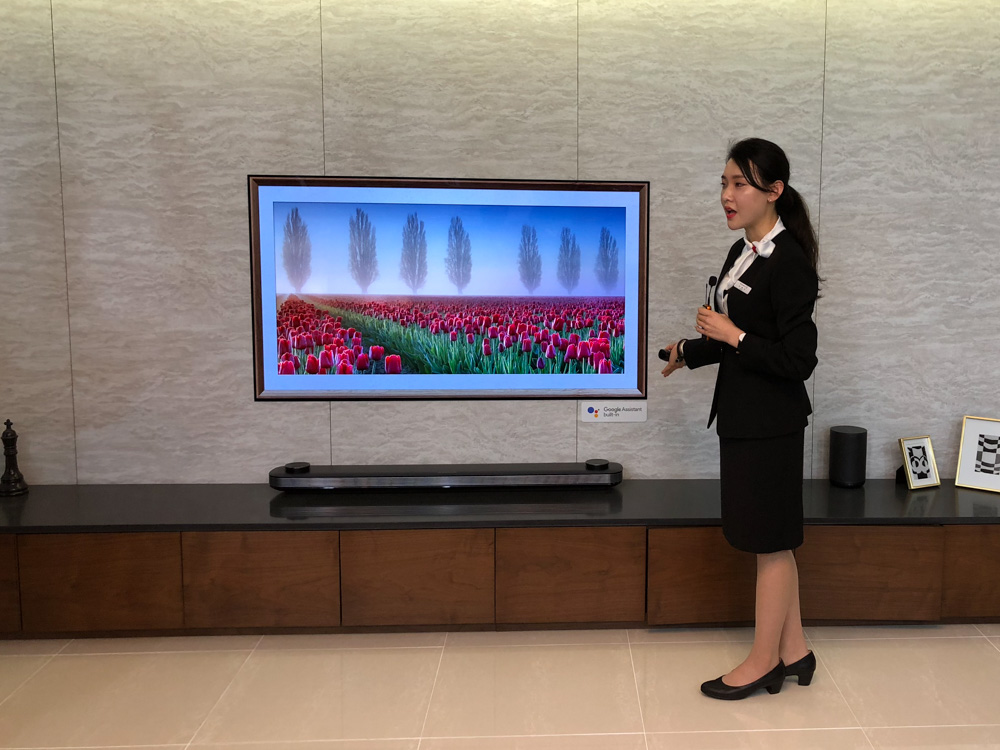 What’s the difference between ThinQ and SmartThinQ?

Their names sound similar, but SmartThingQ is not AI technology. SmartThinQ was introduced in 2012 and is in LG’s H&A (Home & Appliances) Wi-Fi enabled products only. In a nutshell, you can control or get updates with SmartThinQ home appliances, like start a cleaning cycle with the LG robot vacuum, using your smartphone.

Yeah. There’s one last definition we should explain.

LG calls its AI development platform Deep ThinQ. This is what powers ThinQ and enables the integration of AI into LG products.

So you have AI ThinQ and ThinQ, which are basically the same thing — LG‘s new AI feature. Think of it as LG’s Siri or Google Assistant. AI ThinQ is simply an expanded name for ThinQ that’s used on the TVs. Then Deep ThinQ is the AI development platform for ThinQ.

Okay. Which ThinQ products will be coming to Singapore?