Those familiar with Samsung’s Galaxy Tab and Galaxy Note lineups will know that the former is typically marketed as midrange Android markets, while the latter, with its S Pen stylus, is slightly more premium, and has a stronger productivity slant, as can be seen from the pre-installed pen-related apps like S Note (for taking notes) and Scrapbooker (for collecting snippets of information), just to name a few. Also, by virtue of their larger screen size, Galaxy Note tablets are expectedly better at multi-tasking than their smartphone brethren. The positioning of the new Galaxy Tab Pro and Galaxy Note Pro series largely follows along the same lines, though of course, with three of the four new tablets having at least a 10.1-inch screen, the emphasis on improving productivity and enhancing content consumption experience has never been stronger.

The first of Samsung’s pro tablets to arrive in Singapore is the 12.2-inch Galaxy Note Pro (Samsung Singapore isn’t bringing in the Tab Pro 12.2). Despite all that we’ve said above, it’d be unwise to assume that the Note Pro 12.2 is just a larger version of the Galaxy Note 10.1. Sure, there are many similarities in terms of internal components and exterior design, but at the end of the day, it’s the software that contributes the most to the experience, and the Note Pro is packed with new apps and features not found on the earlier release Note 10.1 (2014 edition). 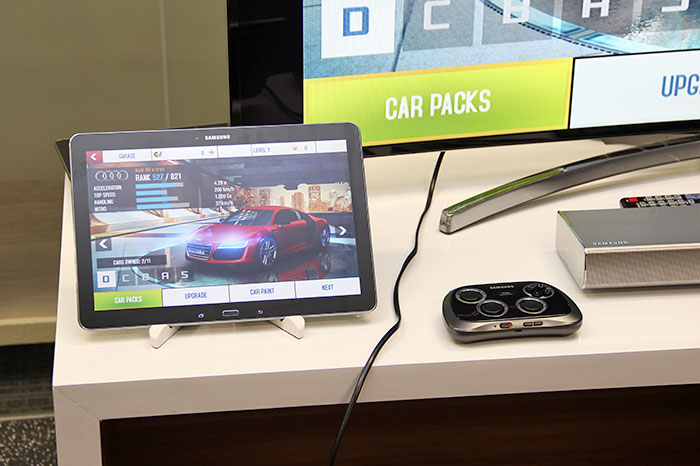 To help consumers better understand what’s in store for the Galaxy Note Pro, Samsung Singapore, in a partnership with HardwareZone, organized a "Work Smart, Play Hard" hands-on session to let HardwareZone readers and forum members experience for themselves how the Note Pro can (or cannot) improve their everyday work and play activities. This event took place on February 26 (yes, just before the IT Show) at Samsung’s office, and more than 50 of our members turned up.

Without further ado, here are some choice highlights of the event. 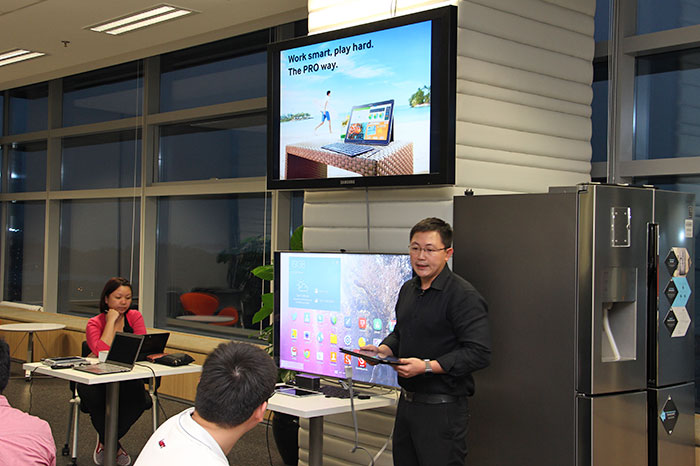 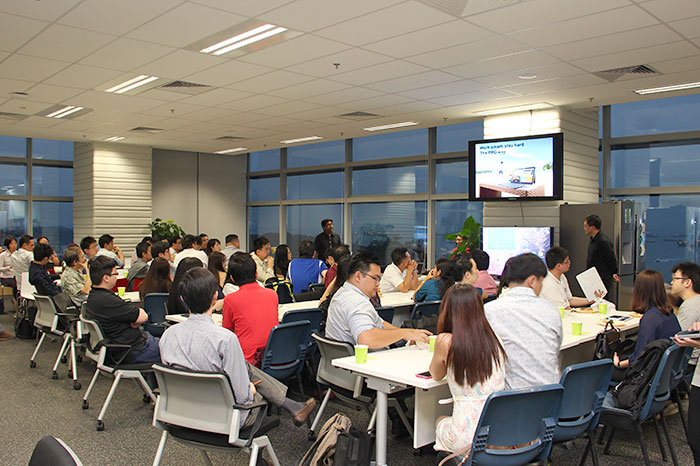 The session started off with Mr. Chua Khim Guan, Product Marketing Manager for Samsung's mobile products, running through some of the key features of the Galaxy Note Pro. For those who somehow missed our preview article of the tablet, in a nutshell, the strongest suit of the Note Pro is its screen. At 12.2 inches and with a WQXGA (2,560 x 1,600) resolution, it allows you to see more content in one page. And it’s precisely because of this large screen that Samsung is able to pull off its Multi Window multi-tasking feature that puts four windows (resizable too!) on the screen at the same time. The new Content Home (a.k.a. Magazine UX), presented in a tiled layout, lets you organize your favorite content and quickly access the most frequently used apps. This interface also lends well to the large screen real estate.

Then, there’s the productivity aspect, which is greatly enhanced by the apps that you can download or those that already come pre-installed. The one that’s universally appreciated by the participants is Hancom Office, which lets you view and edit documents, spreadsheets, and presentations. It’s effectively a replacement for Microsoft Office on Android. There’s also Remote PC, for getting to your content on your home or office PC; Samsung e-Meeting for greater collaboration in local meetings; Cisco WebEx, for remote video conferencing; and of course, the Air Command S Pen-related features and the S Note app that we and so many others who’ve used the Galaxy Note 3 and Note 10.1 are familiar with.

And just in case you’re wondering if you can turn the Note Pro into an Ultrabook-like device (after all, it has a screen as big as many notebooks’), the answer is you can accomplish this through a variety of accessories. For keyboard warriors, Samsung sells an 80/81-key Bluetooth keyboard that works well with the tablet. There’s also the S Action Mouse that has an additional button to let you quickly pull up the Recent App window or Multi Window sidebar. There’s even a small LAN/USB hub. With a Book Cover to prop up the tablet, the Note Pro can be a desktop or laptop replacement if you so desire. Of course, after soaking in all the features of the Note Pro, it was the participants’ turn to actually play with it. Split into groups of three, they were requested to come up with a short presentation (using Hancom Office, naturally) on what they like about the Note Pro. Despite the majority of them seeing the tablet for the first time, they were able to get the hang of using it in no time. From drawing cartoons and inserting images downloaded from the Web, to taking photos on the spot and inserting them as elements and embedding an audio clip, the level of creativity shown by our forum members was downright amazing. 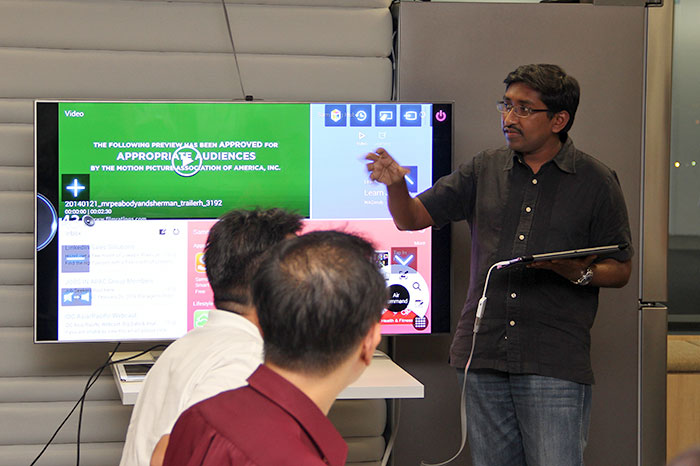 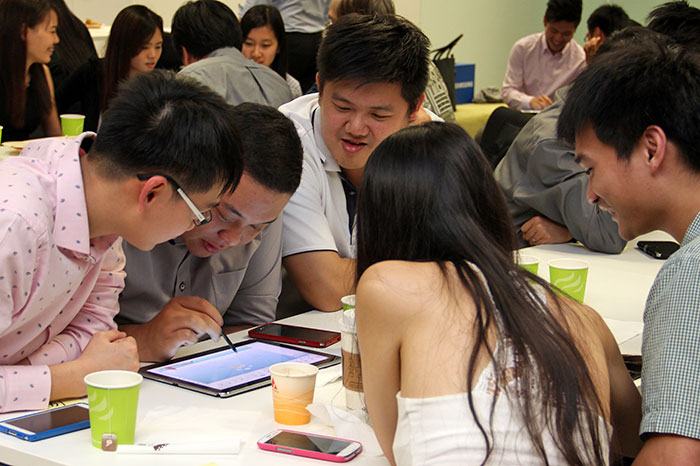 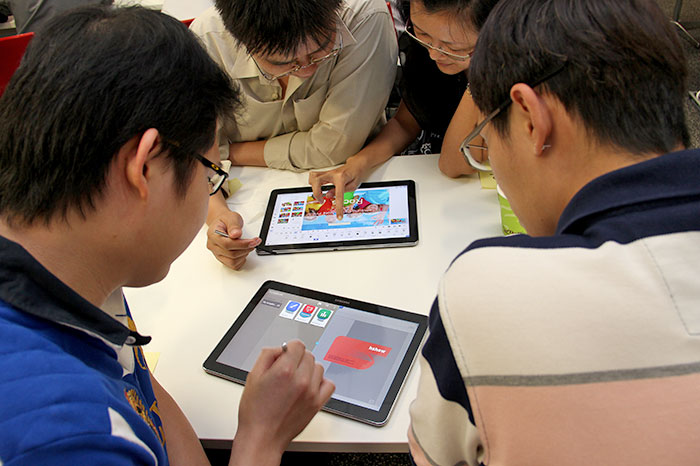 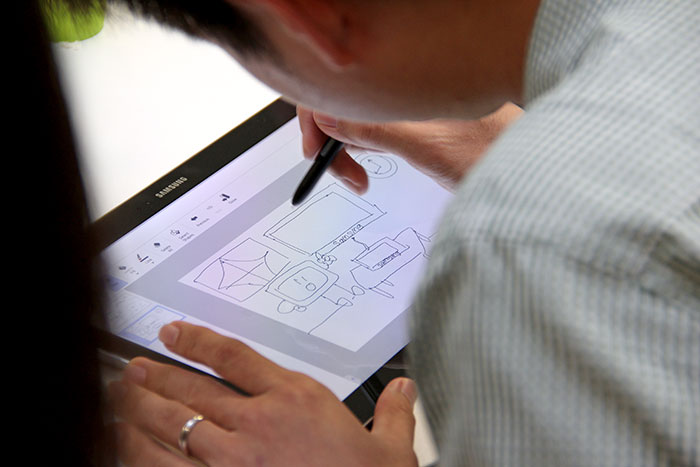 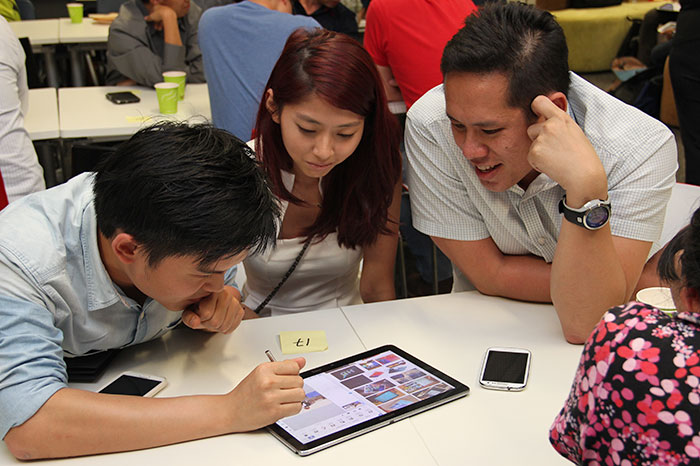 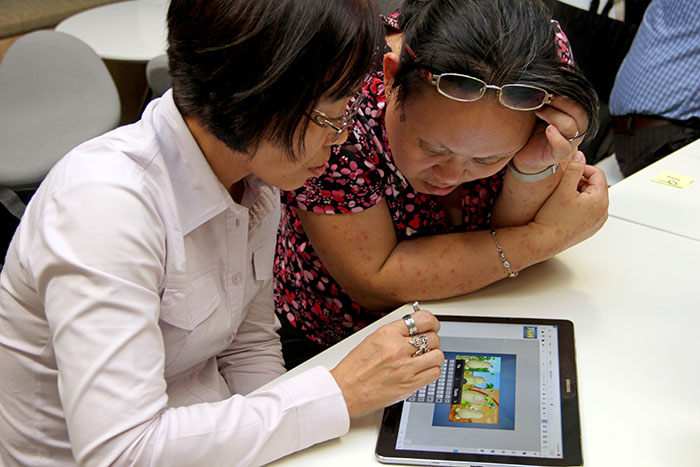 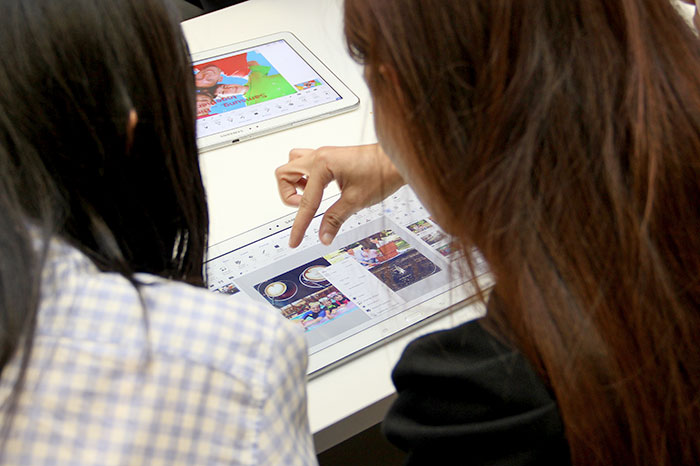 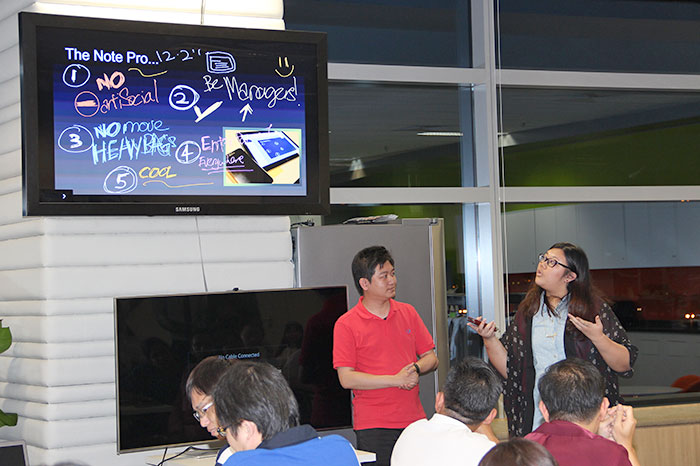 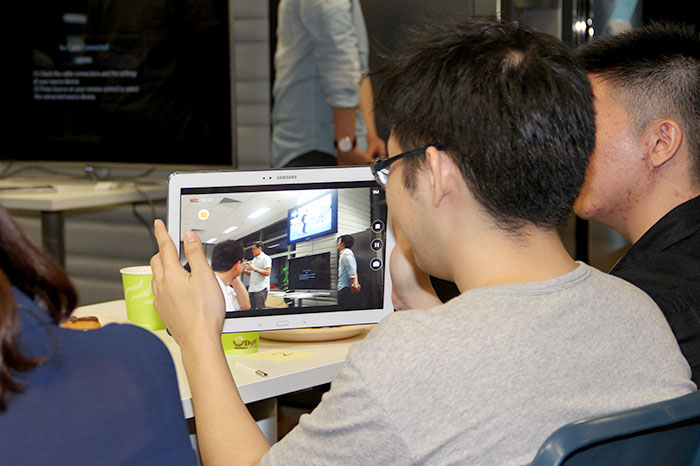 At the end of the day, many left the event with a better idea what the fuss over the Galaxy Note Pro and the other Samsung pro tablets were all about, with many commenting that they believe the tablet is able to help them achieve a better work-life balance. In fact, it wasn’t hard to notice that many attendees were using a Galaxy Note 3; and many of them had the surprise look on their faces when they were told about the new Side Sync 3.0, which now allows them to see their Note 3’s screen on the Note Pro, and perform tasks like replying messages directly on the tablet and transferring files between both devices. There were many Apple iPad users in the midst too, and even they admitted the benefits of Hancom Office, the multi-tasking features (Multi Window/Pen Window), and the S Pen.

So, if you’re interested in participating in such user events, be sure to keep a look out for our announcements on HardwareZone, which will be updated whenever we’re able to secure a collaboration with the brands that you love. 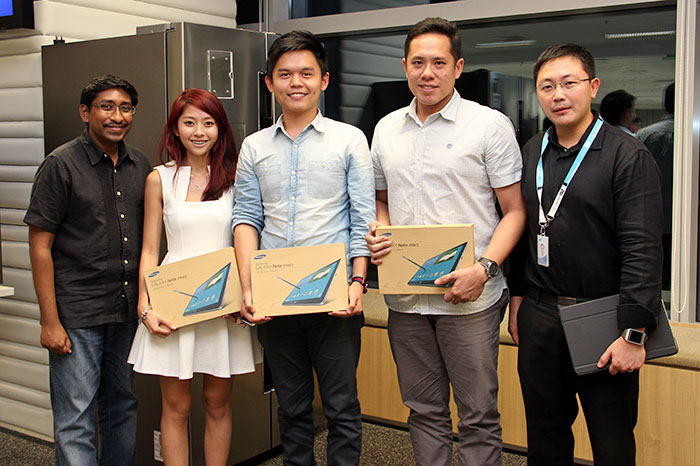