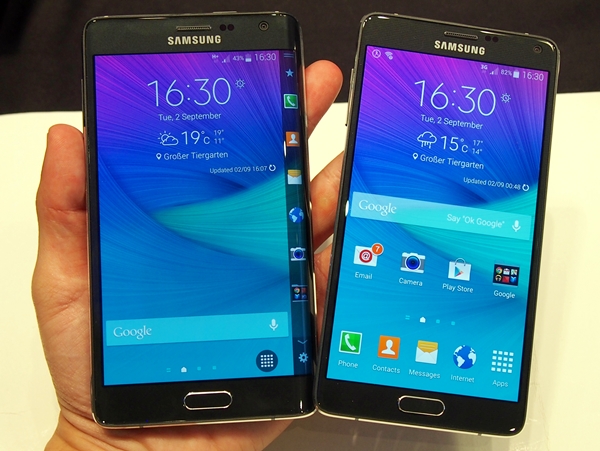 At today’s pre-IFA 2014 Samsung Unpacked 2014 Episode 2 Event (Episode 1 was in February when Samsung unveiled the Galaxy S5) in Berlin, the company unveiled not one, but two new Galaxy Note devices. They are the Galaxy Note 4 and Galaxy Note Edge.

Having created the phablet category three years ago, the pressure is on Samsung to bring this category to the next level, especially when Apple is highly expected to unveil two larger iPhones on September 9. So how did the two Galaxy Note devices fare in our initial round of usage? Let’s find out in this hands-on article.

But first. here’s a quick overview of their specs in comparison to the Galaxy Note 3: 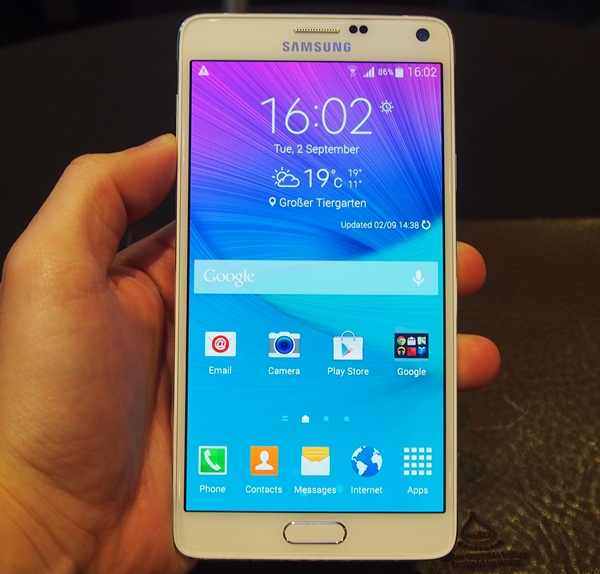 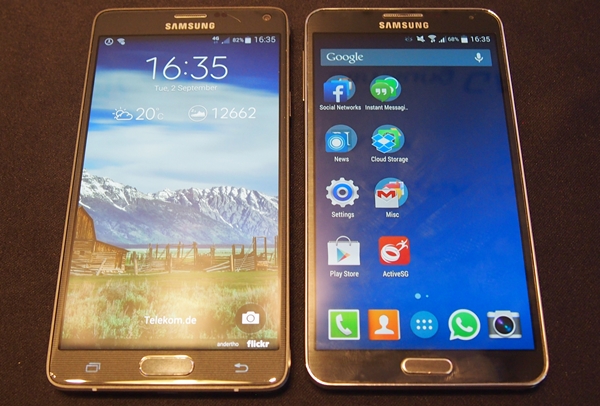 This year, Samsung chose to maintain the screen size at 5.7-inches and bumped up the resolution to Quad-HD - 2,560 x 1,440 pixels. This is an expected move since it recently released an updated Galaxy S5 model with an equally high resolution display albeit smaller at 5.1-inches. As expected, colors were really bright, vibrant and vivid thanks to the Super AMOLED display.

The next major but visible hardware change is the use of a metallic frame, a strategy that Samsung recently adopted with the 4.7-inch Galaxy Alpha to fend off criticisms of its plastic based design over the years. It’s great to see Samsung stepping up its game on the design for the Galaxy Note 4; it definitely looks more premium and elegant than its predecessors. 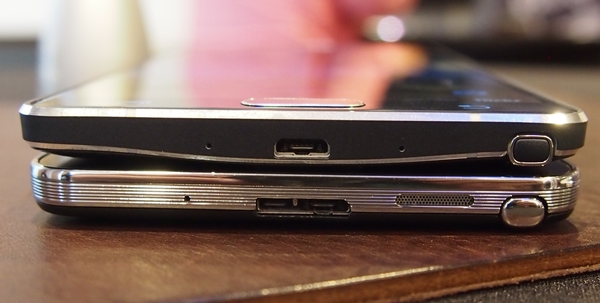 If you are hoping to see water and dust resistance features on the Galaxy Note 4, you may have to wait for another variant or the next generation. For now, this feature remains exclusive to the Galaxy S5/S5 4G+.

Over on the back, Samsung still uses the soft-textured material for its rear cover. While it looks slightly different from the Galaxy Note 3, the back cover of the Galaxy Note 4 still offers a good grip, handling and some resistance against fingerprints and smudges. 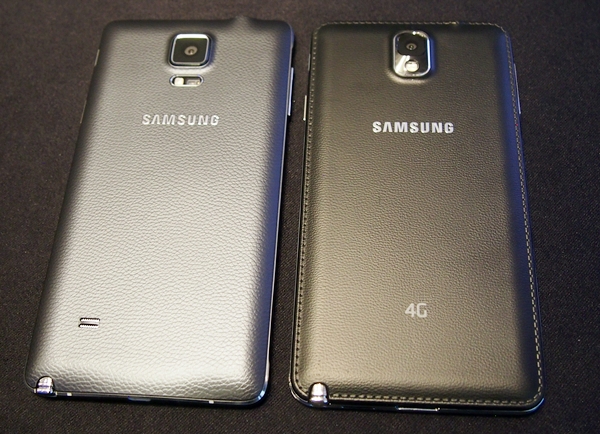 Other notable hardware additions include a fingerprint sensor on the home button, a UV sensor (a first in a mobile device) and heart rate sensor at the rear and Smart Optical Image Stabilization for its 16-megapixel rear camera. As the unit handled was a prototype, we were unable to test out these other features. 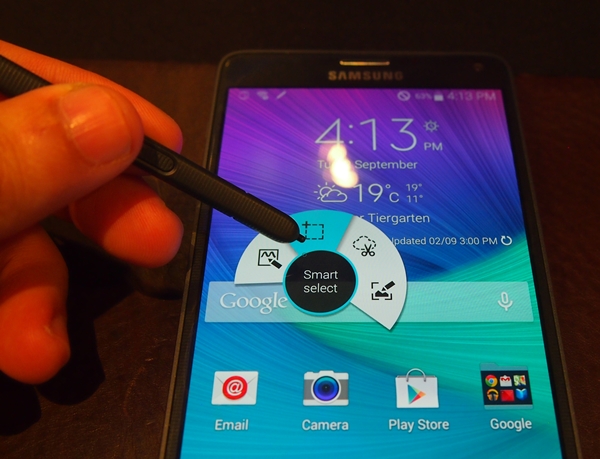 Three new software features made their debut on the Galaxy Note 4; they are Smart Select, Snap Note and using the S Pen like a PC mouse. As mentioned earlier in our news piece, Smart Select lets you crop or choose a particular segment/section from different sources such as a website, a photo and a text message, and share the content easily. Below is a short video demonstrating Smart Select on the Galaxy Note 4:

Although the Galaxy Note devices are popular among consumers who like to type and write on the large screens, Samsung understands that there are scenarios in our daily lives that require a faster and more efficient way of inputting data. Using Snap Note, the Galaxy Note 4 can take a picture of notes on a paper or on a white board and digitizes the information into a S Note. During our hands-on session, we were told that Snap Note requires a pair of steady hands to function properly. We also realized that Snap Note required a few seconds to read and convert the information.

Another interesting feature is how Samsung modified the S Pen to function like a PC mouse. Akin to how we scroll and highlight a wall of text in a document or on a website to copy and paste, you can do the same on the S Pen by tapping on the side button and highlighting the particular portion. Below is a snappy video showing how this feature actually works:

At press time, there is no information on its pricing. Samsung states that the Galaxy Note 4 will be available in global markets from October although we were told by our sources that it will be launched in Singapore on September 26.

Over on the next page, we continue our Galaxy Note coverage with the Edge edition!