Hands-on: The Huawei MateBook is the latest Surface Pro 4 challenger

Hands-on: The Huawei MateBook is the latest Surface Pro 4 challenger 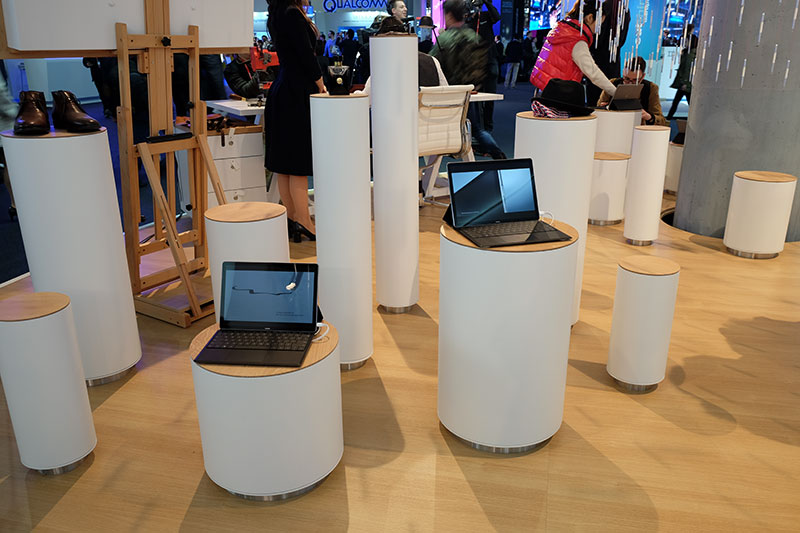 A lot of us expected Huawei to launch its P9 smartphone at MWC 2016. But no, Huawei had quite a different beast up its sleeves. The Huawei Matebook is the Chinese company’s first 2-in-1 Windows laptop, one that has without a doubt been designed as a challenger, or at the very least an alternative to, the Microsoft Surface Pro 4.

Ever since Microsoft popularized the form factor with the Surface Pro 3, other big names have looked to capitalize on the growing interest surrounding these hybrid devices. Apple released the iPad Pro, an oversized iPad that when paired with its keyboard accessory, is clearly intended as Apple’s version of the Surface Pro. At CES this year, Samsung also debuted the Galaxy TabPro S, a 12-inch Windows tablet that comes with its own keyboard and touchpad.

In the light of these developments, the Huawei MateBook is simply the latest entrant onto a scene where the line between tablet and notebook is increasingly being blurred. 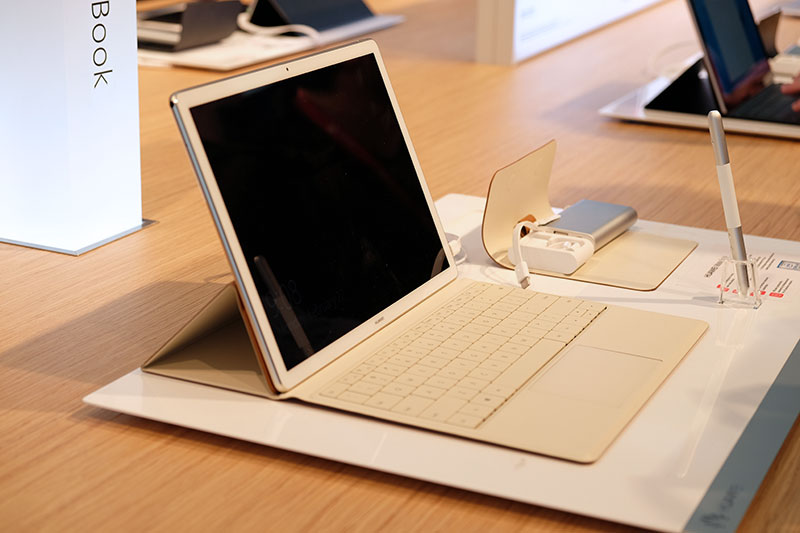 Its 12-inch IPS display has a resolution of 2,160 x 1,440 pixels. This means a 3:2 aspect ratio – good for productivity tasks like viewing and editing documents and spreadsheets. It’s also not the most impressive screen we’ve seen, but colors and things like text appear reasonably sharp. All in all, while the screen will not wow anyone, the vast majority of folks will be more than happy with it. 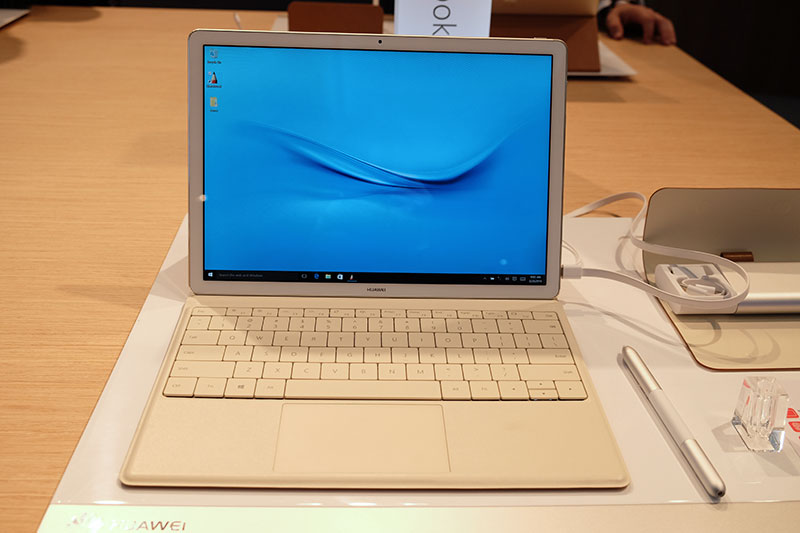 At just 640g, its all-aluminum body is lighter than even the Intel Core m3 version of the Surface Pro 4, which weighs 766g. Its light weight was noticeable as we removed the tablet from its keyboard dock and toyed with it.

Turning it over in our hands, the MateBook felt like a quality, well-built product. The rear lacks a kickstand, and you’ll clearly need the accessory keyboard to get the most out of it. 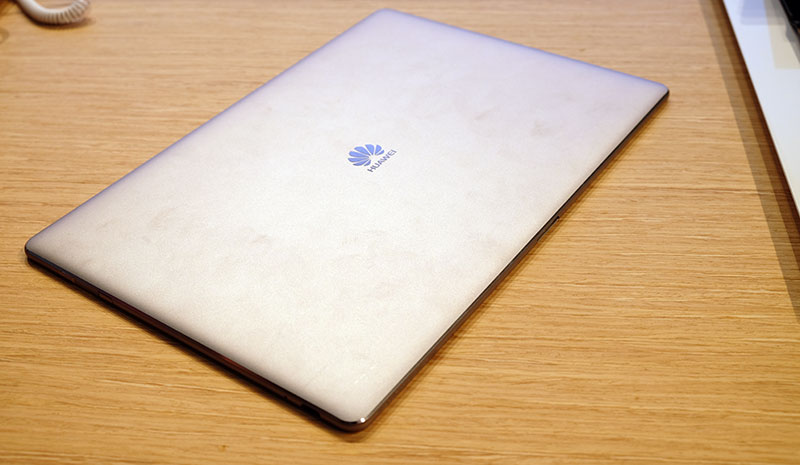 The glass trackpad on the keyboard feels and works great, but despite Huawei’s claims of notebook key travel, the typing experience doesn’t feel quite as good as the Surface Pro 4’s Type Cover keyboard. The keys are also not of the chiclet variety and are set more closely together. Furthermore, there doesn't appear to be a way to elevate the keyboard in the fashion of the Surface Pro devices. However, the design and feel still reminded us of the Type Cover keyboard intended for use with the older Surface Pro 3. In other words, it looks and works well enough, but it’s not anything groundbreaking. 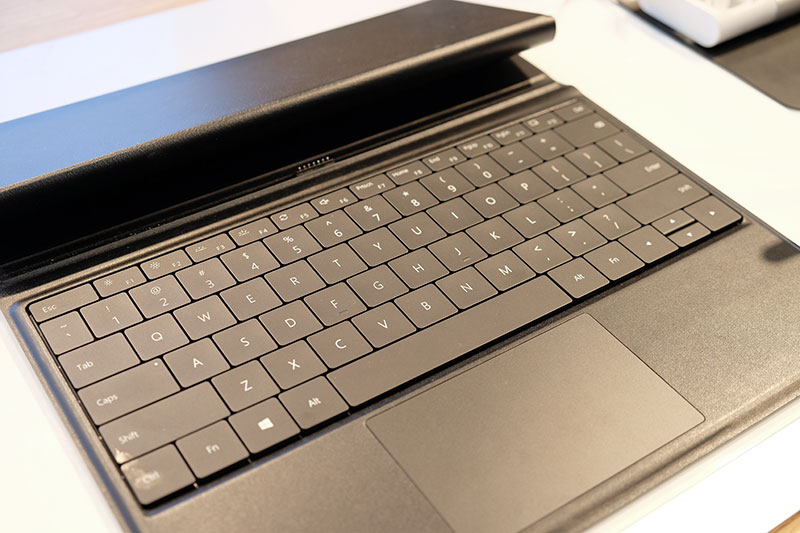 One interesting feature is the inclusion of a fingerprint sensor in the volume rocker that’s located on the right edge of the tablet. This is the FPC1025 that is used on the Huawei Mate 8 and Nexus 6P. We didn’t have the chance to test it, but if our experience with the Nexus 6P is any indication, it should perform pretty well. The MateBook may not have an infrared camera to support face log-ins, but Huawei has certainly tried to make it easier to sign in without a password. 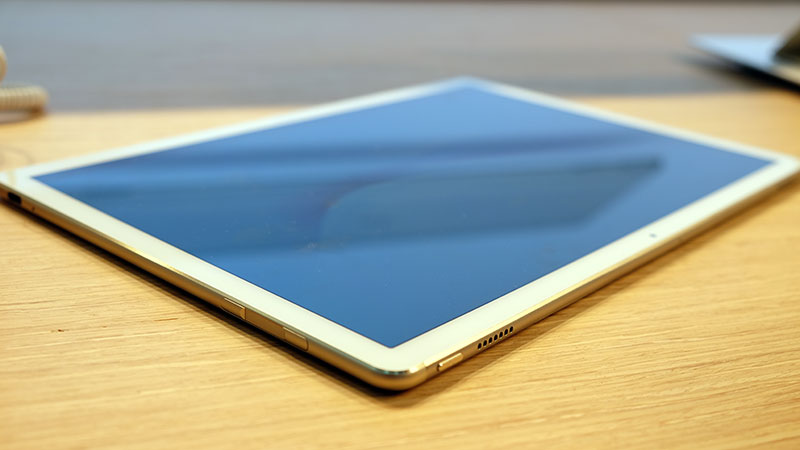 Another key aspect that Huawei highlighted is the MatePen stylus. It comes with 2,048 levels of pressure sensitivity – compared to the latest Surface Pen’s 1,024 levels – and other extras like a laser pointer and a rechargeable battery that is good for up to 100 hours of use on a single charge. We had a brief go with the stylus in the SketchBook app, but the additional levels of sensitivity didn’t seem to produce a markedly better writing experience. It may simply be a case of Huawei running up against diminishing returns here, but that’s no reason to write off the MatePen. It is responsive and should do fine for some quick note-taking and sketches. Unfortunately, there’s no way to clip it onto the MateBook via magnets or some other method, and you may just have to take care not to lose the stylus in the depths of your bag. 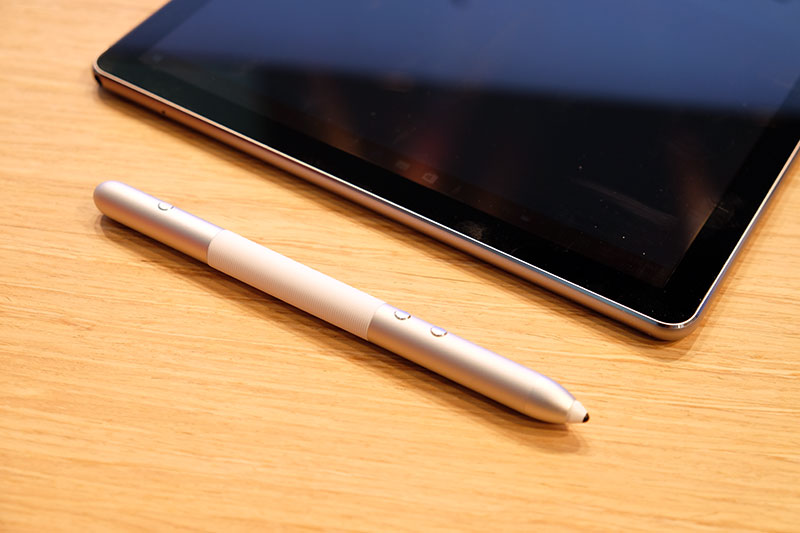 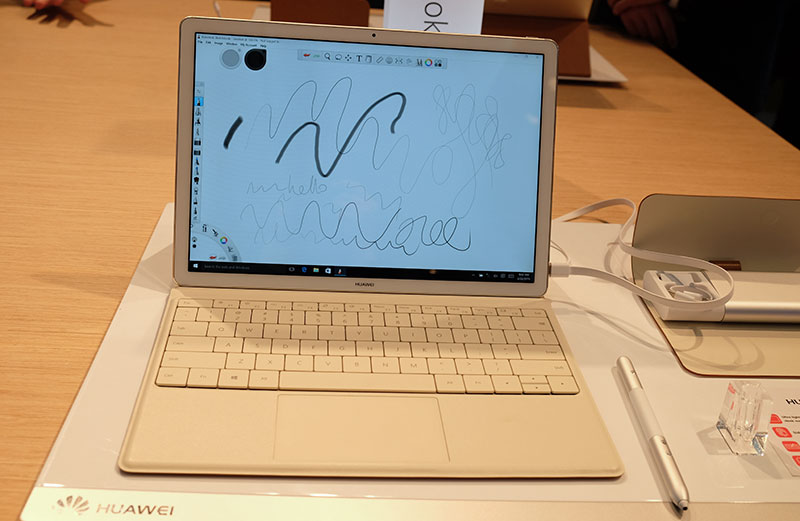 The MateBook is also the only other device from Huawei – the Nexus 6P being the first – to include a USB Type-C port for charging and data transfers. But in order to cater to users who require a wider selection of ports, or the fact that there are just not many Type-C devices around, Huawei is also releasing the MateDock, a compact docking station that reminds us of Microsoft’s own Surface Dock for the Surface Pro 4. 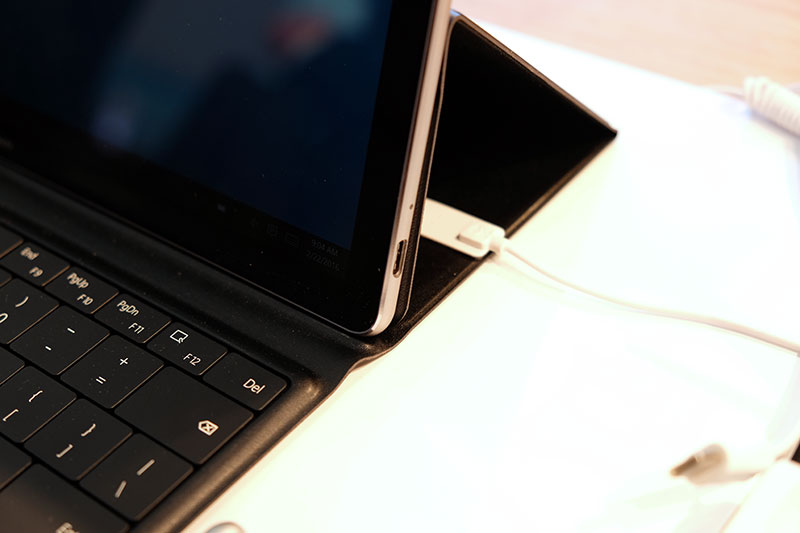 The front of the dock features two USB 3.0 Type-A ports, one Type-C port, and an Ethernet jack. The rear adds more display connectors in the form of an HDMI port and VGA connector, giving you more options for when you want to hook the MateBook up to an external display. 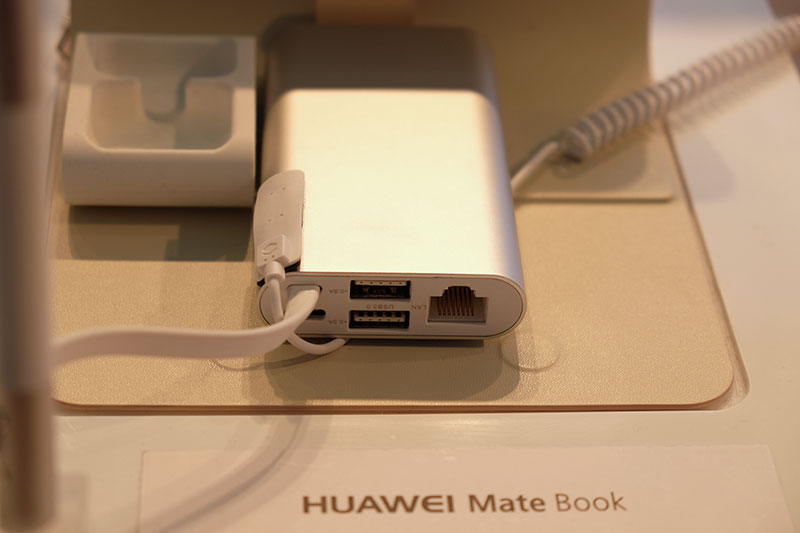 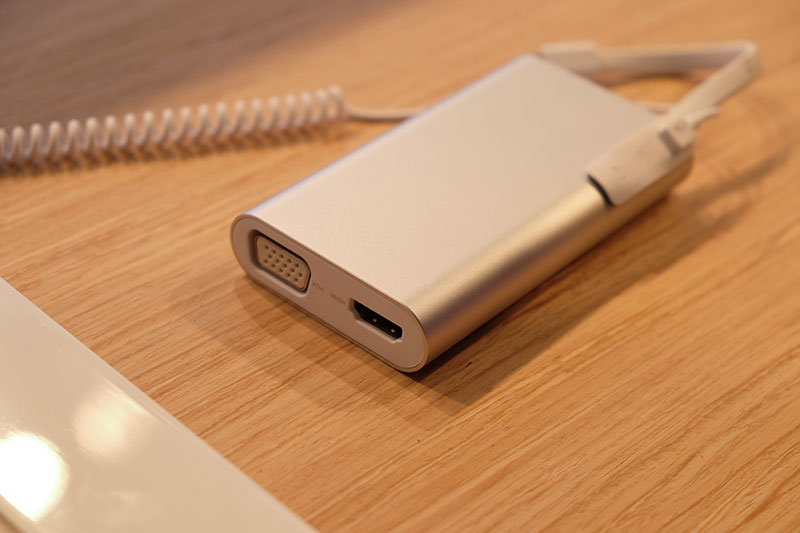 The base model of the MateBook can be equipped with a sixth-generation Intel Core m3 processor, 4GB of RAM, and a 128GB SSD. Users can choose to upgrade this to a Core m7 processor in the top model, with up to 8GB of RAM and a 512GB SSD. However, there is no option to configure it with an Intel Core i processor, so the MateBook will not quite rival the Surface Pro 4 in terms of performance, especially when it comes to heavy multi-tasking or professional applications. For more information on prices and the different configurations, you can refer to our original article here.