Hands-on with the Fujifilm X-E2 and XQ1 Cameras

Hands-on with the Fujifilm X-E2 and XQ1

It seems retro is in right now as we've recently welcomed a number of new cameras that flaunt this style such as the Olympus OM-D E-M1, Panasonic Lumix GM1, and who can forget Nikon's Df. Of course we have to give credit to Fujifilm and Olympus with their good-looking mirrorless system cameras that kick-started the craze a few years back. So it's no surprise that Fujifilm's latest mirrorless system camera, the X-E2, carries on the design ethos.

Announced in October, today we had the chance to spend some time with Fujifilm's new mirrorless system camera as well as an advanced compact camera, the XQ1. So what do we think of Fujifilm's new releases? Read on to find out.

On the outside, it's hard to tell the difference between the X-E2 and its predecessor. The physical form remains the same, including the OLED viewfinder which still has the same 2.36 million dot electronic viewfinder found on the X-E1. However, Fujfilfim has beefed up the sensor and processor; the X-Trans CMOS II sensor found in the X100S has made its way into the X-E2, while the EXR Processor II boasts of improved autofocus speeds. The AE-L / AF-L button on the X-E1 has been split into two separate buttons, allowing for easier access to both functions. The X-E2 also allows for live view preview when you're shooting in manual mode. 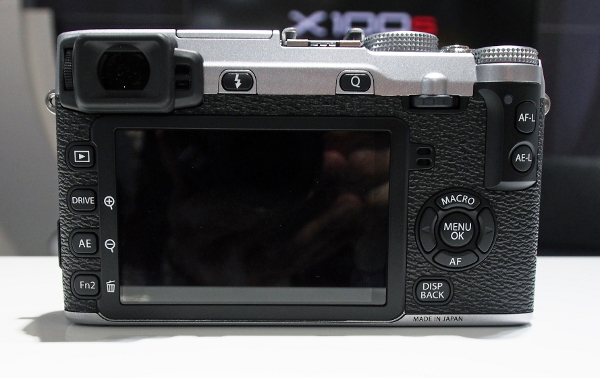 Manual focusing is served via focus peak highlight, which is steadily being found on other new cameras. The X-E2 however, also throws in digital split image, which uses a small black and white section in the middle of the frame to help users achieve a more precise focus. The X-E2 also comes with built-in Wi-Fi so you can transfer images to your smartphone or tablet with the help of the free Fujifilm Camera Application app.

The X-E2's autofocus is definitely no slouch as we had the chance to focus on many random objects around us, which is to be expected of a current generation mirrorless system camera. As to how well the autofocus will fare when it's tracking a moving subject, well, that will have to wait until we get a review unit and a suitable shooting subject. The X-E2 felt quite sturdy in our hands, and while it appears to be heavy, it felt slightly lighter than the Olympus OM-D EM-5 we had with us during the event (a quick look at both cameras' specs sheet revealed that the EM-5 weighs 425g with battery and memory card, while the X-E2 weighs 350g with the battery and memory card.) 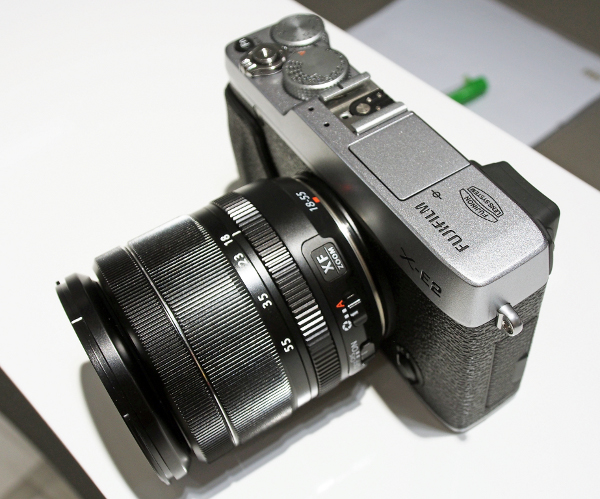 The XQ1 is Fujifilm's latest advanced compact camera after the XF1. This time however, the camera manufacturer has decided to go with a more conventional design; in fact, we won't be surprised if some mistake it for a Canon PowerShot S120 at a passing glance. So what's special about the XQ1?

For starters, the XQ1 sports a 2/3-inch sensor, which is larger than most of its peers (many compact cameras either have a 1/1.7-inch or 1/2.3-inch sensor). This should result in images with better image quality, though we will have to reserve judgement until we're done with the review. Of course, none can beat Sony's 1-inch sensor behemoth, the RX100 II, though you will have to fork a lot more for the larger sensor (the Sony RX100 II goes for S$999). 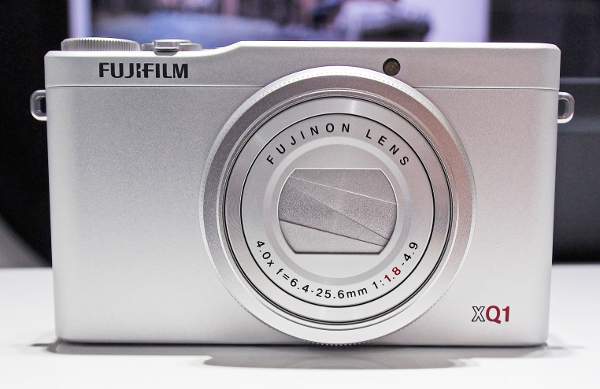 Similar to many other Fujifilm cameras, the XQ1 has dropped the optical low pass filter (OLPF). Most conventional cameras feature an OLPF because it helps to inhibit moiré, which is a wave-like pattern that appears on scenes or objects that contain repetitive detail.  However, while the OLPF gets rid of moiré, image sharpness suffers as a result as well. Without the OLPF, the XQ1 should be capable of sharper images. The ability to shoot at F1.8 also allows for brighter shots when you're shooting in low light, while the control ring around the lens allows users to assign a function to it (out of 13 available functions).

The XQ1 also comes with Wi-Fi functionality so that you can share your images quickly. A quick spin with the camera revealed a pretty snappy autofocus, though the camera is a bit on the chunky side in terms of width, but it still remains pocket-able. The XQ1 should be able to hold its own against the rest of the advanced compact cameras, though it still remains to be seen if the larger sensor will help in image quality. 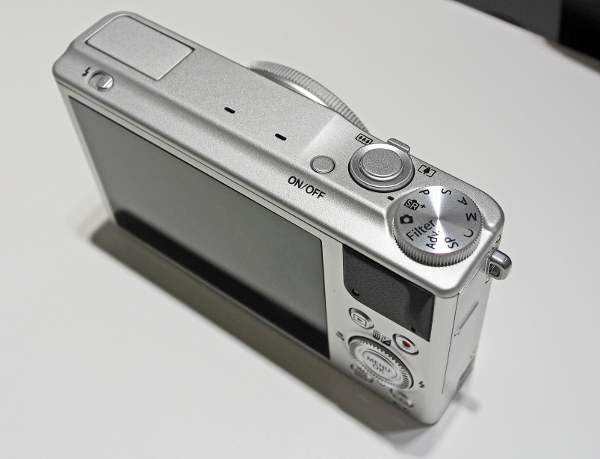 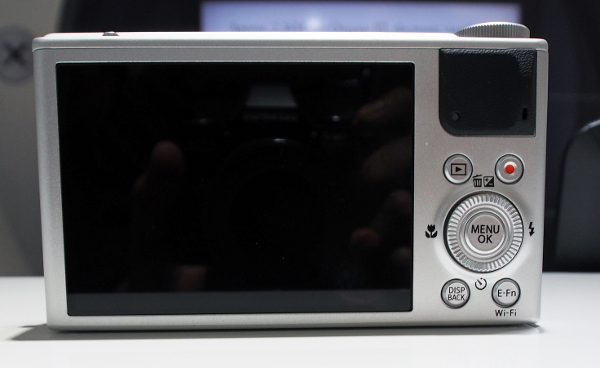