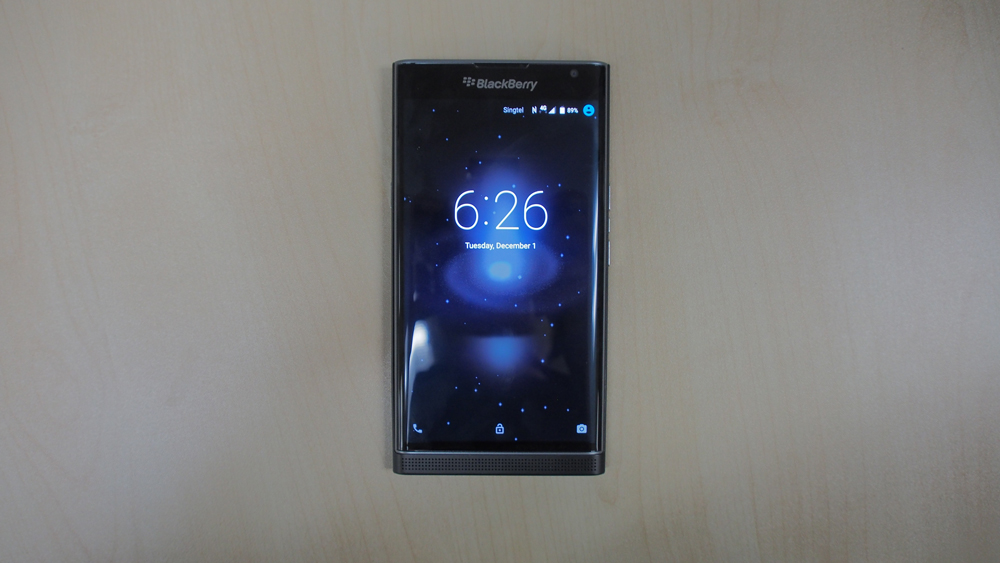 BlackBerry never really went away. Moving with the times, they’ve come up with a great idea for a product – by combining all their strengths, such as their hallmark physical keyboard, and heightened smartphone security features that they’re renowned for, but pairing all that with a smartphone running on an Android OS. That’s right, this is the BlackBerry Priv – the first Android OS powered smartphone by BlackBerry, and a pretty one to boot. 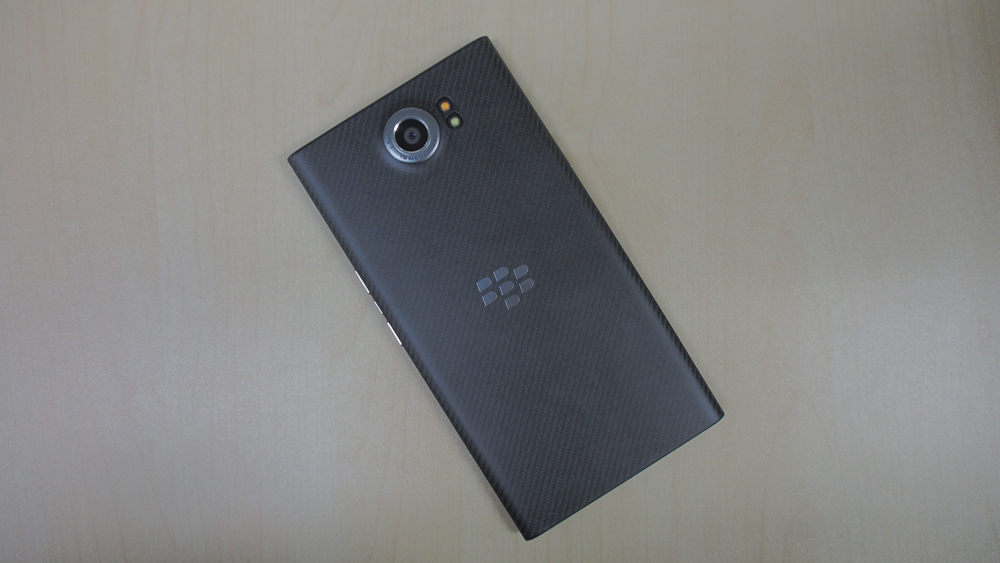 After facing major losses in its device business, CEO John Chen’s agenda was to focus on new devices that feature physical keyboards. Further to that, by mid-2015, BlackBerry’s CEO has hinted the possibility of an Android based BlackBerry device that would appeal to what pundits and techies have been asking for a long time. After more leaks, the BlackBerry Android device project was confirmed to be in existence by end of September. And today, we’ve further confirmation that it will be in stores really soon and we can’t wait to share our initial impressions of the device.

The BlackBerry Priv has a huge (compared to most BlackBerry devices) 5.4-inch LCD display with 2,560 x 1,440 pixels resolution (Quad HD), which results in a reasonably high pixel density of 550 pixels per inch (ppi). How does this translate in actual use? The phone’s interface, the apps and its contents are rendered nice and clear, but the app logos do not look very sharp. That said, text on the BlackBerry Priv appears clear, sharp, and clean, and that’s a huge plus given that BlackBerry targets its smartphones for the average business minded executive who’s generally busy with emails, notes, and readings to catch-up while on the move.

The generous screen real estate has two other nicities. The first is that the screen is actually curved at the edges, which gives it a nice visual touch but has limited practical use (more on that later). The curved sides of the screen do not wrap as much of the rim like how Samsung Galaxy S6 Edge+ does, probably because it is limited by its slide-up mechanism where it hides a physical keyboard. That’s right, what would a BlackBerry be without a physical keyboard? Unlike many devices of the past that compromised screen real estate for a physical keyboard, the large screen actually hides the sliding keyboard and that’s the second nice touch. 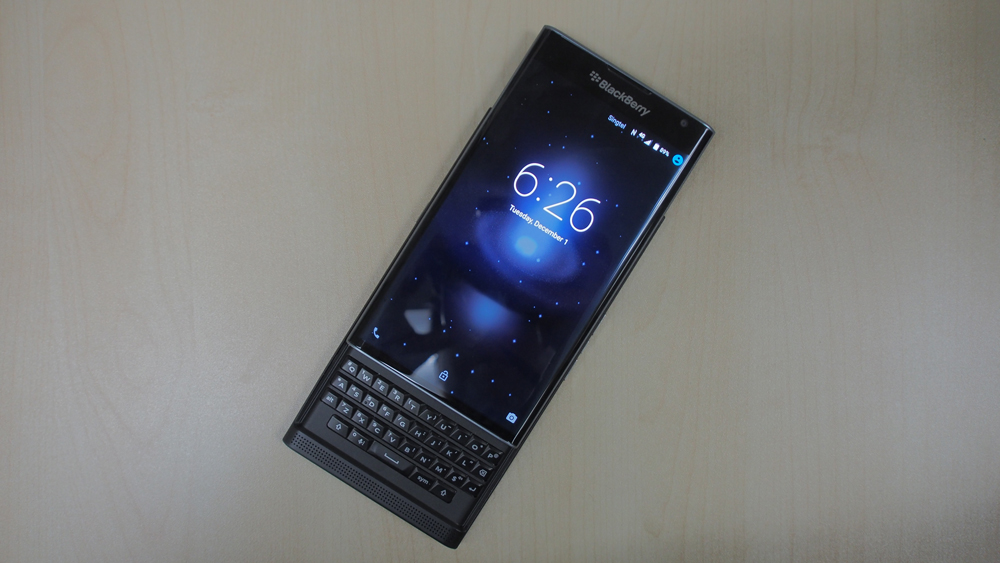 At a glance, the keyboard seems simplified, but it maintains the same layout as the old BlackBerry keyboards. To punch out numbers, simply hold on to the Alt button on the left and press away. Our first impression with the physical keyboard is that it’s cramped. Don’t get us wrong, the physical keyboard is indeed handy, but it really takes a fair bit of getting used to, and the buttons are definitely too small for fat thumbs. While some may comment that we might have forgotten what it feels like to use a physical keyboard after all these years, our observation was made in comparison with the likes of previous BlackBerry classic devices that were well known for their QWERTY keypads like the Bold 9900. Nonetheless, the accuracy and tactile feel for a physical keyboard turned out well on the BlackBerry Priv. 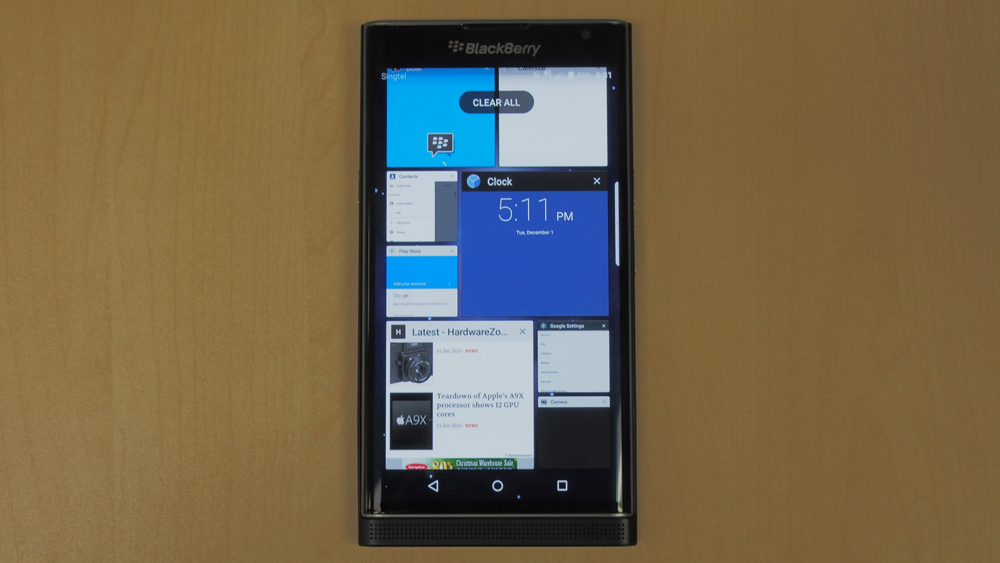 The BlackBerry Priv uses the Android 5.1.1 (Lollipop) OS and it is powered by a hexa-core Qualcomm Snapdragon 808 64-bit SoC which also has a 600MHz Adreno 418 GPU within. It is accompanied by 3GB of RAM and 32GB of internal storage. Storage space is further expandable by another 2TB via a microSD card. It also has a nano-SIM slot, and both card slots are located on the top of the phone. Of course, it being an Android-based smartphone means it has access to the Google Play store, and it basically does all of what you’re used to do on any typical Android device. But BlackBerry is big on productivity and security, so they also layered it with some of their fabled security measures under-the-hood. All data on your BlackBerry Priv is encrypted by default, and it has BlackBerry’s DTEK for Android, which informs the user when their privacy or security is at risk of being compromised. 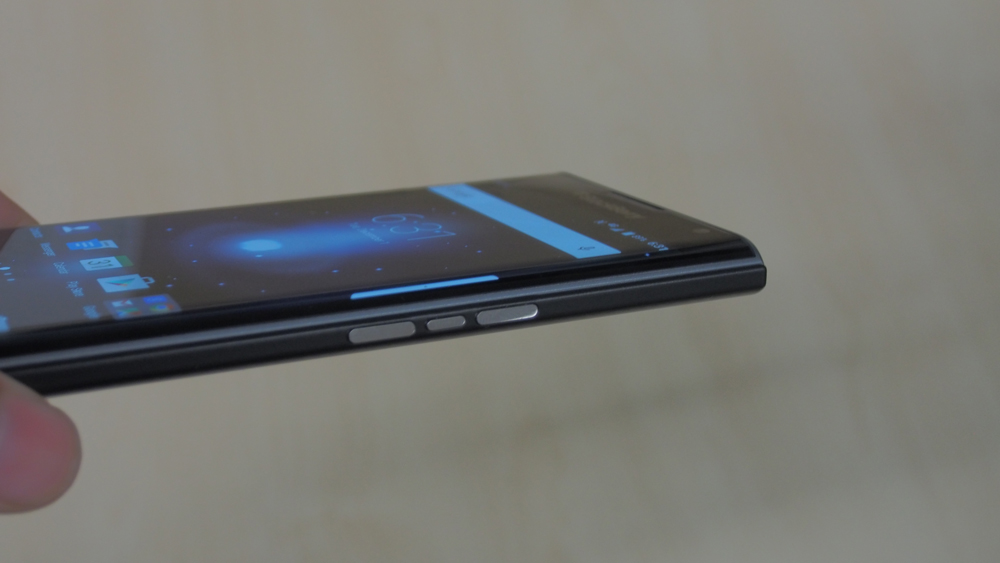 The curved side gives a BlackBerry-sque productivity widget when you slide it across the screen. It’s quite simple, as it only handles your events, unread emails, to-do list, and favorite contacts. Samsung’s Edge phones allow you to add your own shortcuts in addition to a few other nicities, so the Priv doesn’t quite impress in comparison, even though it is practical for its purposes. 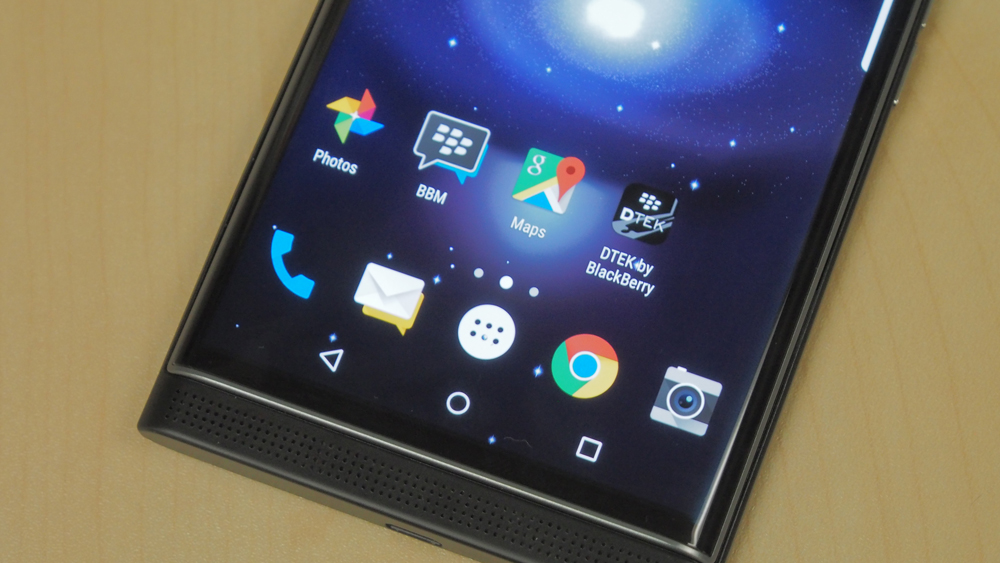 Adding to that, the BlackBerry Priv has the full host of Android applications, like Google Maps and Android Device Manager, yet it also comes with the best of BlackBerry’s apps – like BBM, Content Transfer, and the productivity widget discussed above. 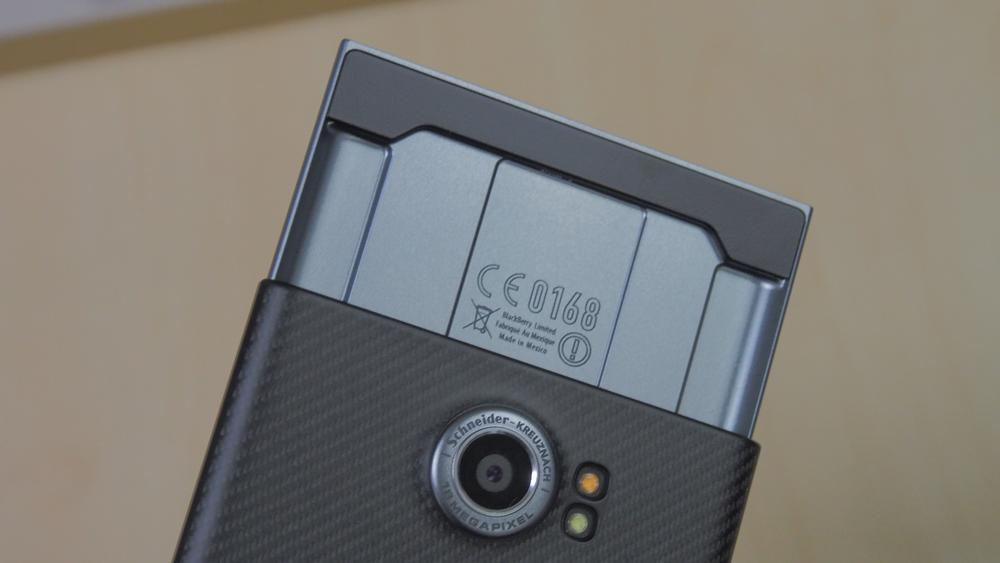 On the rear, the BlackBerry Priv comes with an 18-megapixel rear camera, with an f/2.2 aperture using a six-element lens configuration. It boasts many powerful photography features, such as Optical Image Stabilization – for less blurry photos, phase detect autofocus – for breakneck autofocus speeds, Back Side Illumination (BSI2) stacked sensor – for better capture of light, therefore better performance in low-light conditions. It also has four times the digital zoom, continuous or touch-to-focus, face detection, and 4K video recording at 30fps. The front camera is a 2-megapixel sensor with f/2.8 aperture and a fixed focus lens. It comes with Wide Selfie Mode and also has image stabilization (though we think it’s software based on the front camera). Our quick rear camera test proved that the photos taken have some artifacts along the edges of the subject and background, but it is otherwise a very decent camera for a modern smartphone. 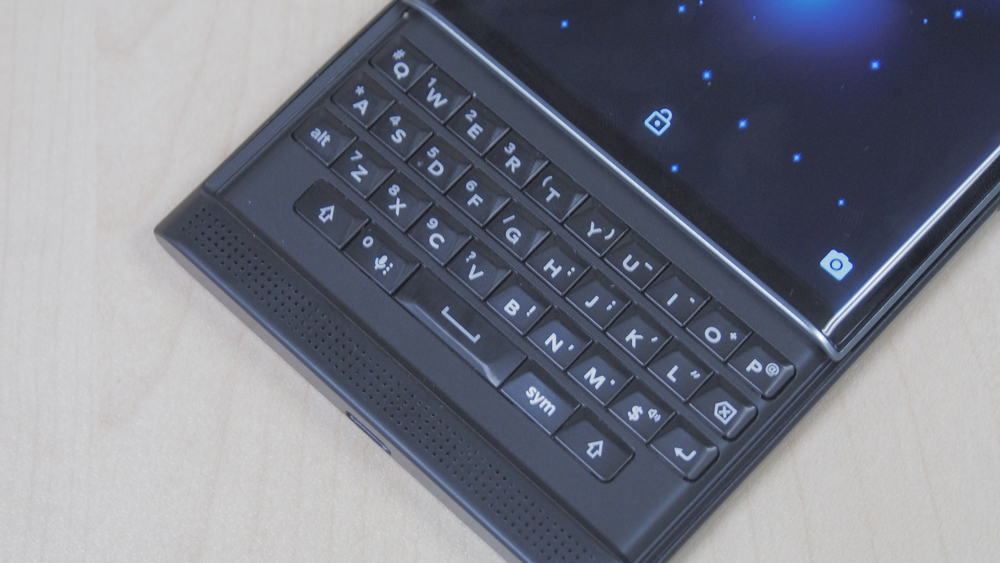 The 3,400mAh battery capacity is larger than some other 5.5-inch smartphones on the market, such as the Oppo R7s, and even the Apple iPhone 6s Plus. According to BlackBerry, the Priv is capable of up to 23.9 hours of talk time, and averages about 22.5 hours for mixed use. It uses a micro-USB 2.0 port to charge and transfer files, which is the norm for most other phones. 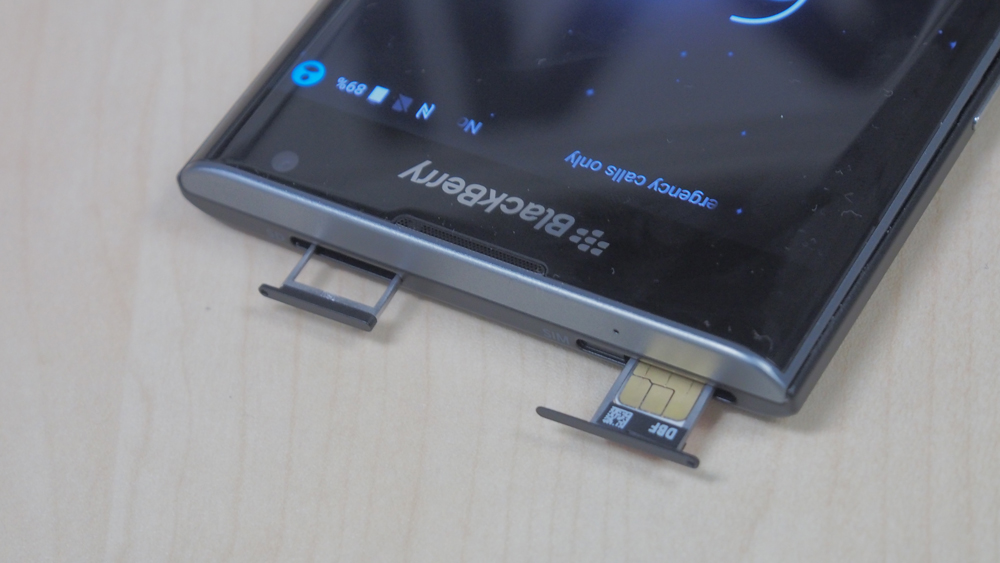 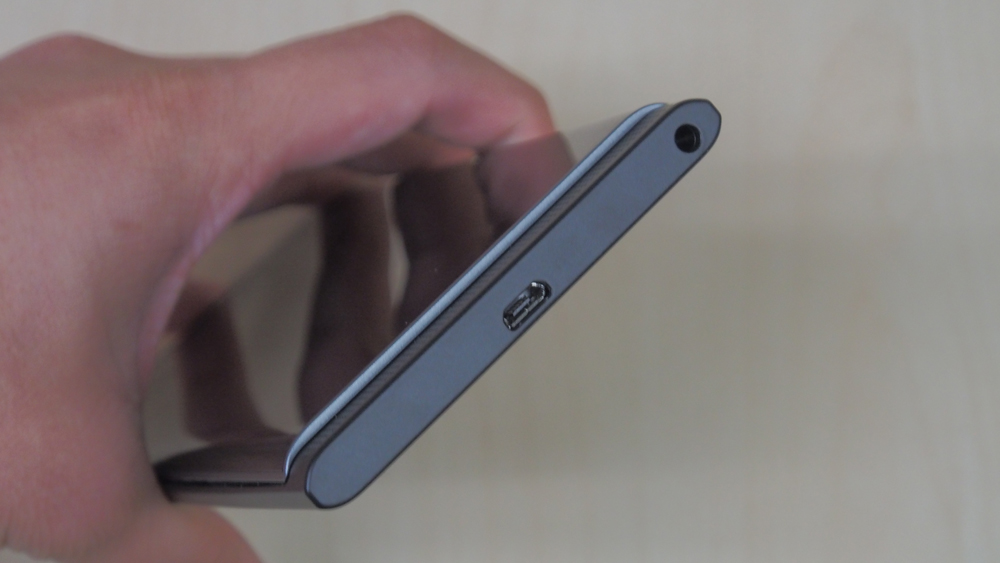 The BlackBerry Priv will retail at S$1,098 inclusive of GST, from mid-December 2015 onwards and you can get it from local telcos and all of BlackBerry's authorized retailers.