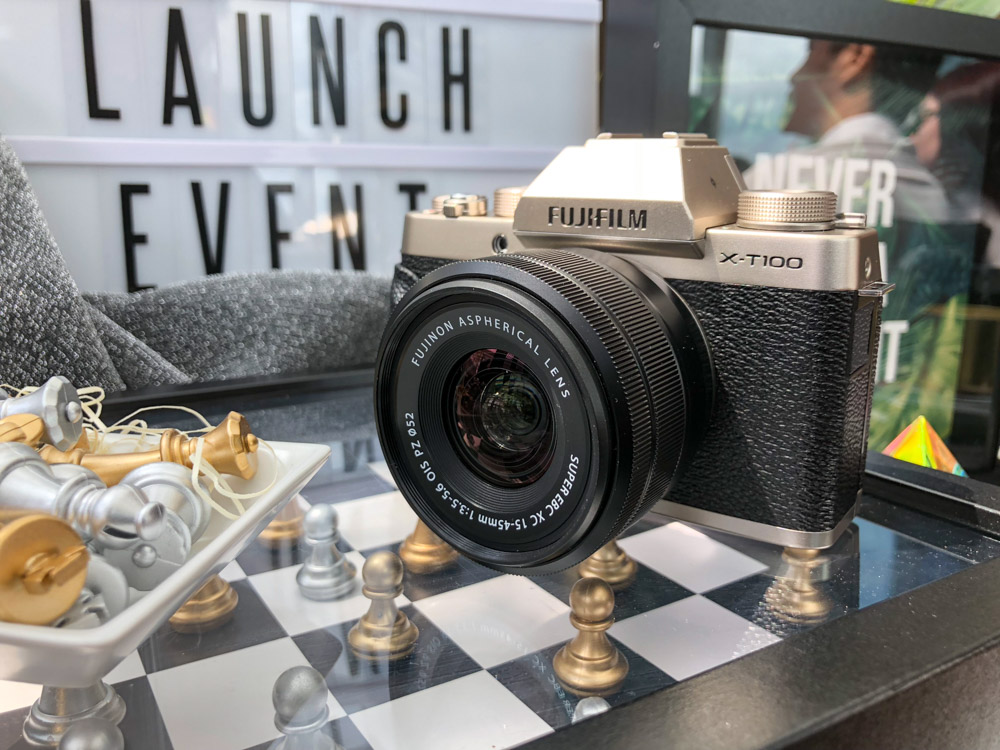 The X-T100 comes with a 24.2MP APS-C sensor — Bayer, not X-Trans. The colored top plate is aluminum, which helps explains why the entry-level camera doesn’t feel cheap. Instead, it feels good and solid. But not heavy, at 448g only.

The X-T100 comes up right against the Fujifilm X-A5, which was just announced in February. The X-A5 only costs S$100 less at S$999, with an XC 15-45mm f/3.5-5.6 kit lens. The two cameras share common features, they both shoot at 24MP and have a 91-point phase-detect AF system. Both also feature Bluetooth for wireless image transfers.

At S$1099 with the same XC 15-45mm kit lens, the X-T100 introduces an electronic viewfinder, and its LCD monitor swivels in more directions than the X-A5. The autofocus algorithm is supposed to be new and made for the flagship X cameras. The X-T100 gets up to 430 shots on a full charge, a little less than the X-A5’s 450 shots. Unfortunately, neither camera really shoots at 4K. They do 4K at 15 frames per second, which produces staccato movement. Full-HD video is available at multiple frame-rates, from 24P to 59.94P. The X-T100’s flat front feels insecure, but Fujifilm thoughtfully includes an optional front grip in the box. The camera feels like it’s made for Auto mode. Although you can go manual, the controls aren’t as developed as they are on an X-E3 or X-T20.

The control dial, for example, is squeezed into an awkward vertical position on the back. There’s hardly any surface for you to get a hold on. The screen swings on a side hinge, and can further swivel up and down. So you can swing it around to the side of the camera to take a selfie, or swivel it up if you’re shooting something low on the ground. It’s a pretty useful feature and worth the S$100 upgrade from the X-A5. The electronic viewfinder has a noticeable blackout when you take a shot. And at six frames per second, you’re not going to grab a lot of action shots with this one. The one odd thing that stands out for me is how small the shutter release button is. 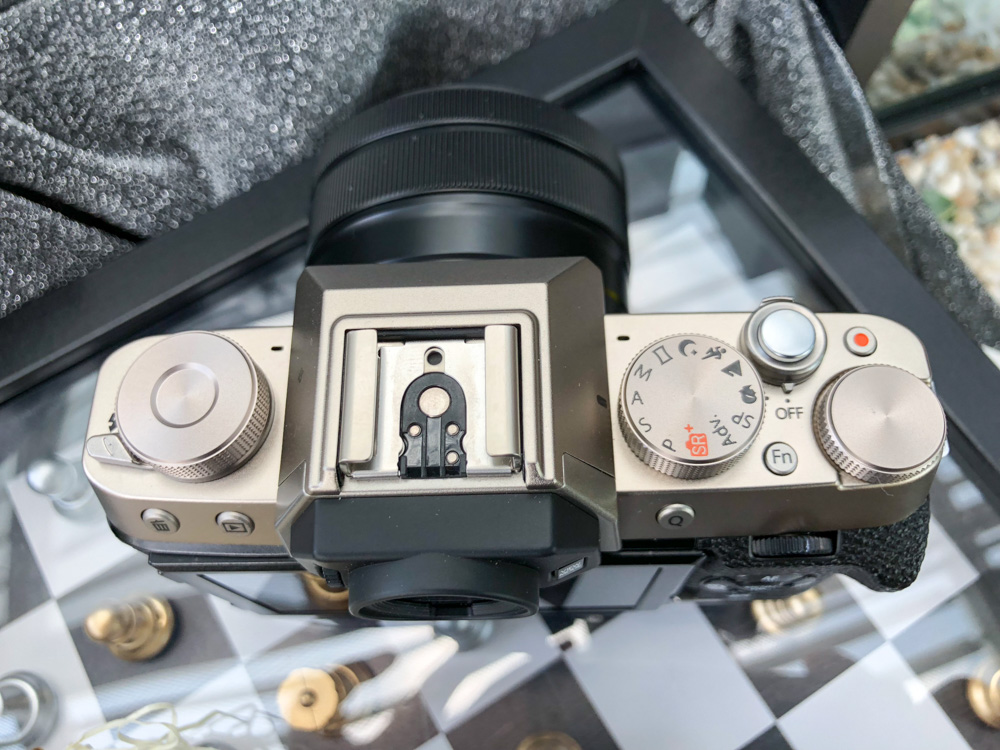 It’s strange that Fujifilm released the X-T100 just after the similar X-A5. There’s no doubt the X-T100 is the better camera at only S$100 more. To get a Fujifilm camera with an X-Trans sensor you’ll need to pony up S$1,899 for the X-E3 with a 23mm f/2 lens, so the X-T100 looks like an affordable gateway into the Fujifilm Photographic Universe.

The Fujifilm X-T100 is available for pre-order now at S$1,099 with an XC 15-45mm kit lens. It’ll be available in stores from 19th June. More on this camera when we complete our review.