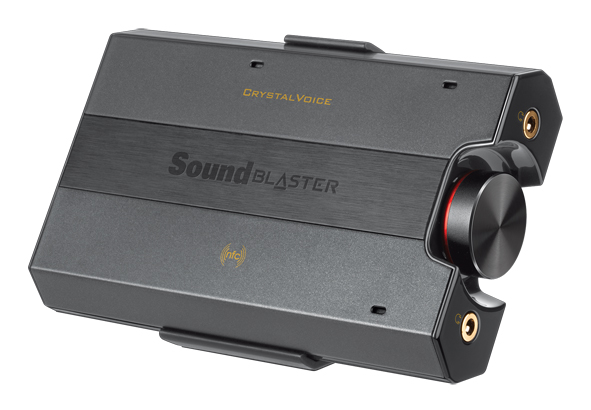 The Sound Blaster E5 is the latest model in Creative’s E series of portable USB headphone amp solutions; and like the products before it, it works with PCs, Macs, smartphones, and tablets - that is, pretty much any digital music source you can throw at it.

Like the Sound Blaster E3 and Sound Blaster E1 before it, the Sound Blaster E5 is a 600Ω amplifier that’s able to support even studio quality and reference headphones. It also features two headphone jacks for easy music sharing. In fact, both parties can plug in their own set of headphones and get the full audio experience. Where the Sound Blaster E5 stands out is in the choice of DAC - the Sound Blaster E5 uses the CirrusLogic DAC (CS4398) which goes up to 120dB, and matches that with a New Japan Radio's NJM2114M high-performance low-noise dual op-amp (operational amplifier) to achieve lower noise and distortion. As a result, the E5 supports up to 24-bit/192kHz audio for true to original audio reproduction. 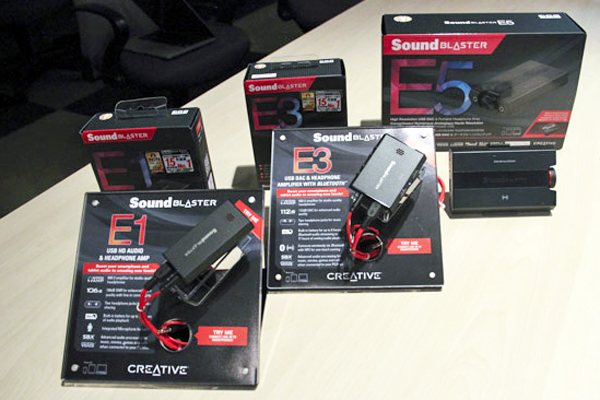 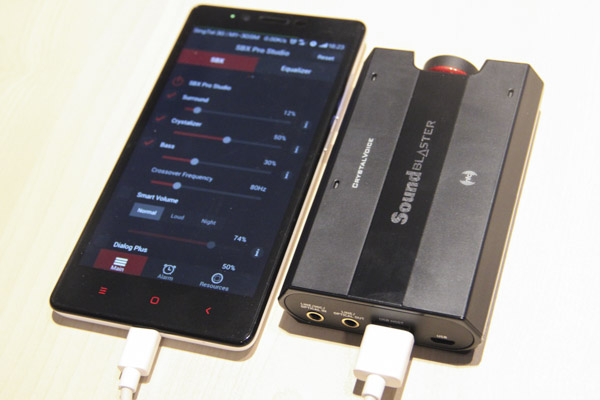 Charging your portable device with the Sound Blaster E5 is also possible thanks to its large 3,200mAh lithium polymer battery that is also rated for up to 8 hours of playback. The Sound Blaster E5 has been built to stop providing charge to external devices at a preset level so as to maintain sufficient charge for its own operation, so you can just leave it plugged in. Meanwhile, easy one-touch pairing is supported via NFC, and the Sound Blaster E5 will connect to all your audio sources wirelessly via Bluetooth.

During our hands-on session, we were treated to a listening session using a set of Beyerdynamic DT880s, a pair of studio quality headset that's known for its neutral sound and 600Ω impedance. Certainly not the easiest set of headphones to drive, yet the Sound Blaster E5 seemed to have no issues at all, driving them (and loudly, may we add) at easily less than half the maximum volume.

More important than the volume is the quality of the sound. Listening to a recording of Tchaikovsky’s Hopak from Mazeppa - an orchestral piece that features a string section heavily - and the increased clarity brought by the Sound Blaster E5 was immediately evident, as was the wider soundstage that the T1 was now able to produce given the adequate juice.

Creative told us the difference in quality will be more evident for laptop users because most laptop's audio processors downsample whatever audio you give it, preventing you from getting full 24-bit/192kHz quality even if you have 24-bit/192kHz audio tracks. Thus, the DAC in the Sound Blaster E5 allows you to listen to audio in higher quality, while the amplifier allows you to use studio-grade headphones on the go, providing a better experience overall.

In fact, the Sound Blaster E5 has both a DAC (digital-to-analog converter) and an ADC (analog-to-digital converter), so you can feed it audio from any source and be assured that it will be processed and output at the highest quality possible.

When viewing a snippet of the movie Cowboys and Aliens, Creative demonstrated how the Sound Blaster E-series control panel was able to provide a better surround sound movie viewing experience, with a few quick configurations of the Surround and Dialog Plus options that quickly improved the surround sound effect, as well as placing more emphasis on the vocals of the movie by bringing the dialogue more forward. We found that this also tended to highlight sound effects like gun shots and wind more, but that’s something that can easily be adjusted to taste via the Control Panel application. 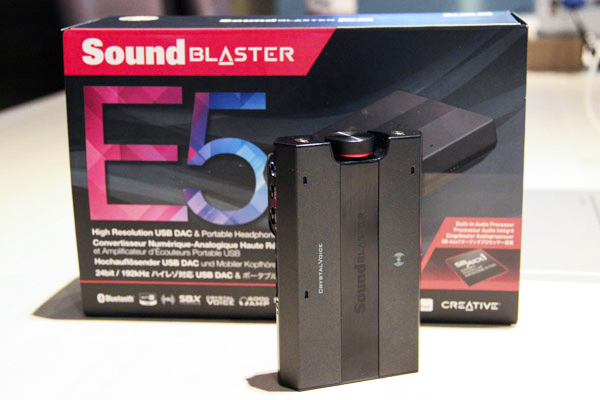 The Sound Blaster E5 offers great recording capabilities too, thanks to the inclusion of three microphones, which ensure you always have two microphones level with each other regardless of orientation. These internal microphones support beam-forming noise reduction and acoustic echo cancellation, part of Creative's CrystalVoice technology (refer here and here for more information), which essentially work together to create a cone of isolated sound and amplify just your voice so you can be heard clearly. 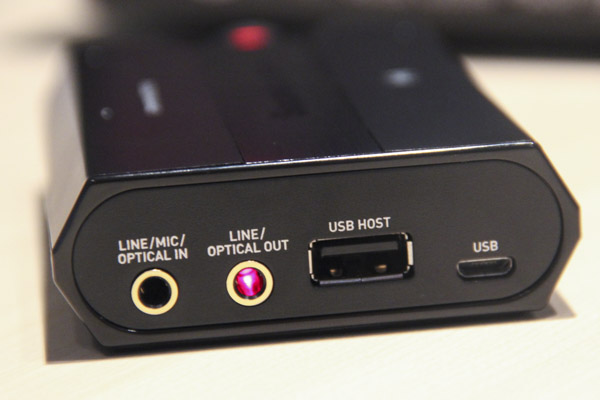 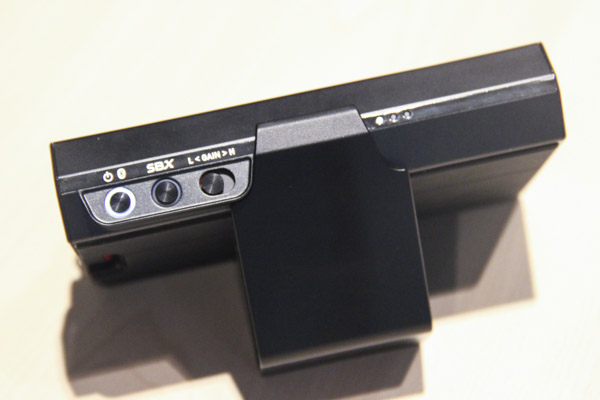 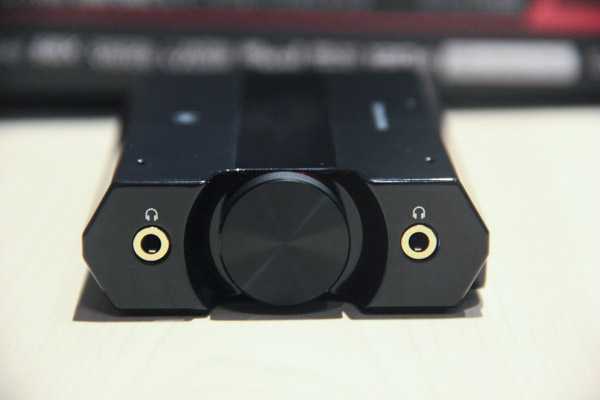 After which, the Creative Sound Blaster E5 will be available through sg.creative.com and all authorized Creative retailers from October 2014 for S$269 (US$199).