Note: This article was first published on 8th August 2018. 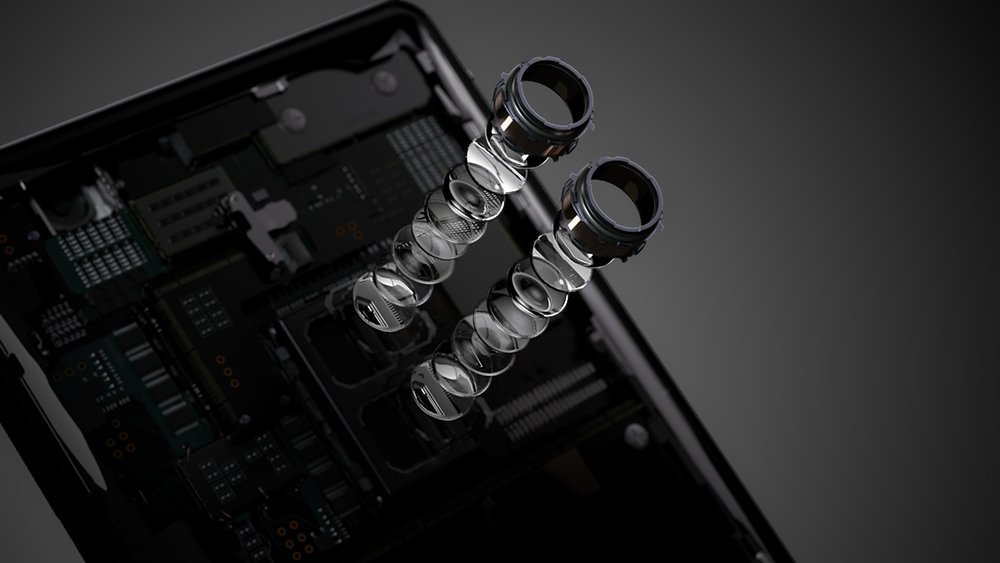 It’s a crowded world that the Sony Xperia XZ2 Premium comes into. Not only does its camera have to do better than last year’s XZ Premium and this year’s Xperia XZ2, it has to contend with the likes of Apple’s iPhone X, Samsung’s Galaxy S9, and Huawei’s P20 Pro.

In theory, having two sensors combine images taken at the same instance will produce a single image that’s better. This is usually because the mono sensor doesn’t have the color filter array that can blur details, so a dual system can add those details back in post after the scene has been captured.

Sony is championing extreme low-light photography as one of the XZ2 Premium’s highlights. The dual camera system can take photos at up to ISO 51,200 for photos, and ISO 12,800 for videos.

Since low-light photography is one of its key features, I decided to take the XZ2 Premium for a walk in the dark. Here’s what I discovered. 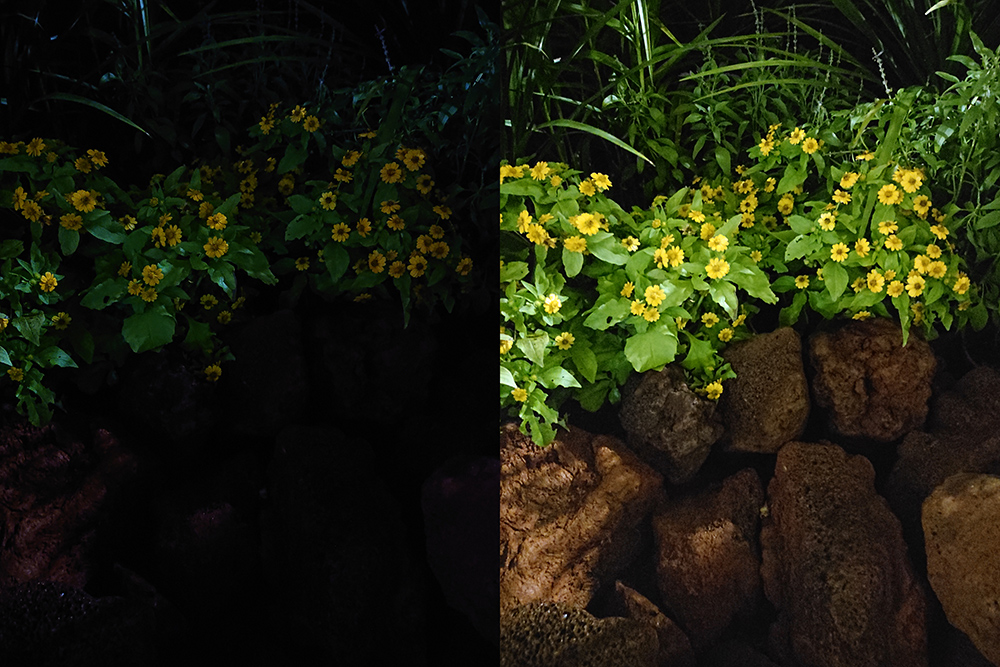 The XZ2 Premium’s high sensitivity works to its benefit in low-light. The high ISO opens up dark areas that are otherwise black patches. It gives you a fighting chance at capturing something when there’s little light.

It appears that ‘ultra high-sensitivity’ (UHS) is not just a high ISO setting. With UHS turned on, the XZ2 Premium captures more detail in an image than from boosting the ISO in Manual mode. I imagine that’s the dual camera system doing its work. 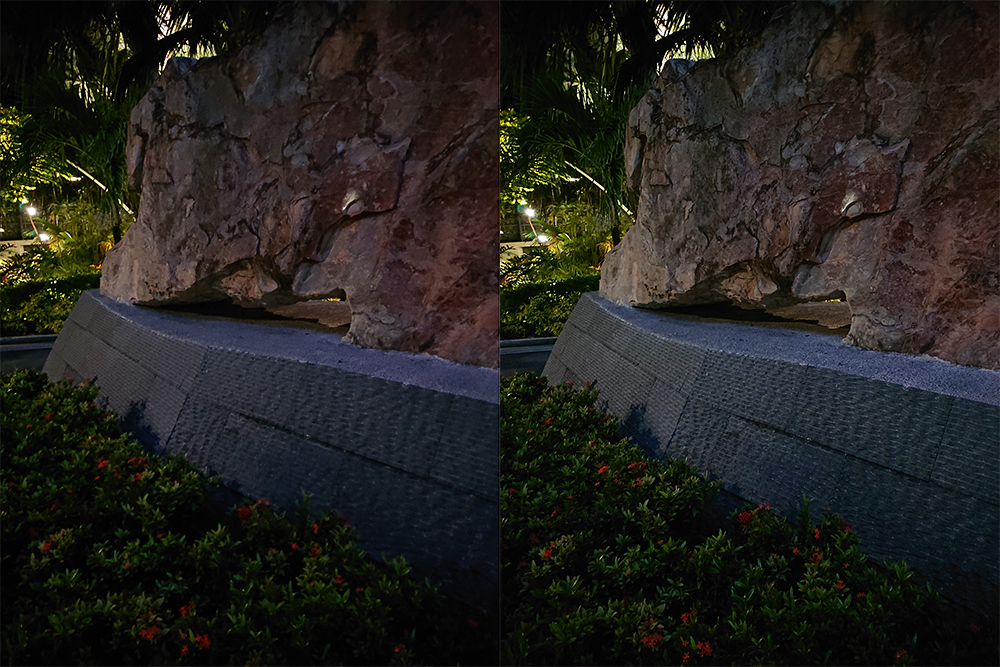 But while it puts back more detail, UHS has its limits. For example, it doesn’t bracket exposures to create a single HDR image. At least, not from what I can see. When you shoot a scene that has high contrast between shadow and highlights, UHS doesn’t make much of a difference.

In this case, UHS is behaving as you’d expect high ISO to behave. It follows the camera’s metering to produce as even an exposure as it can. This usually means blown highlights and damp shadows in high contrast lighting. It’s the same way your DSLR behaves if you turn it to Program Mode and manually adjust the ISO.

By the way, you should know that UHS can’t be manually activated in Superior Auto mode, the XZ2 Premium will decide when it should turn it on. You can manually control it in Manual mode. And the XZ2 Premium says UHS only works with subjects at least five meters away, although I’ve had it work at closer distances. 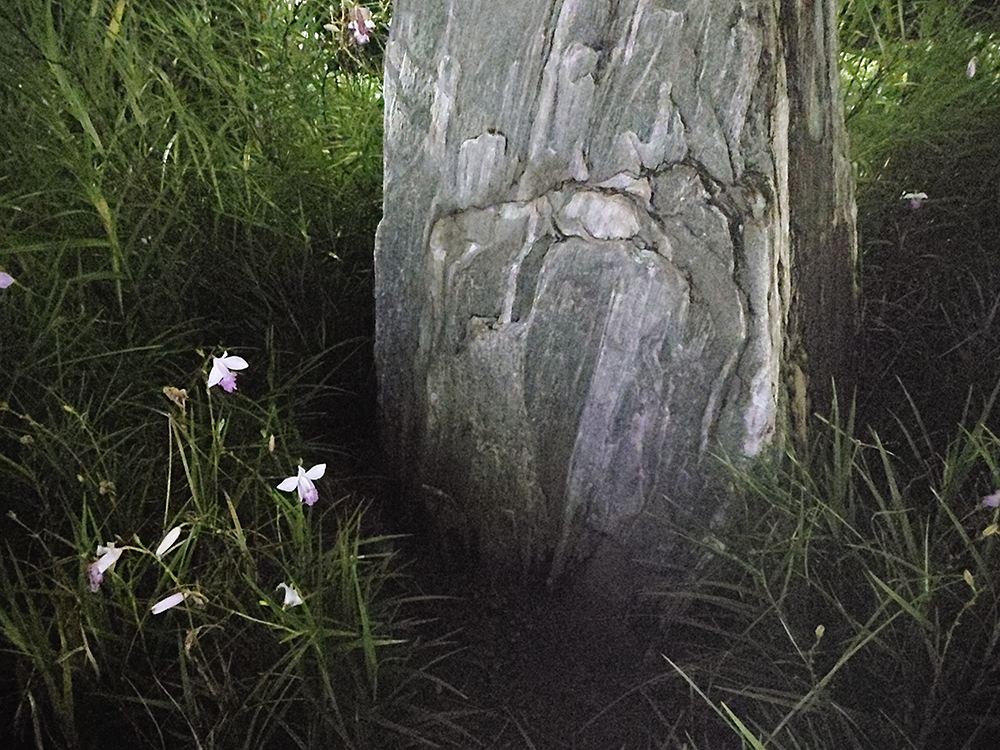