Clash of the drones: DJI Mavic vs GoPro Karma 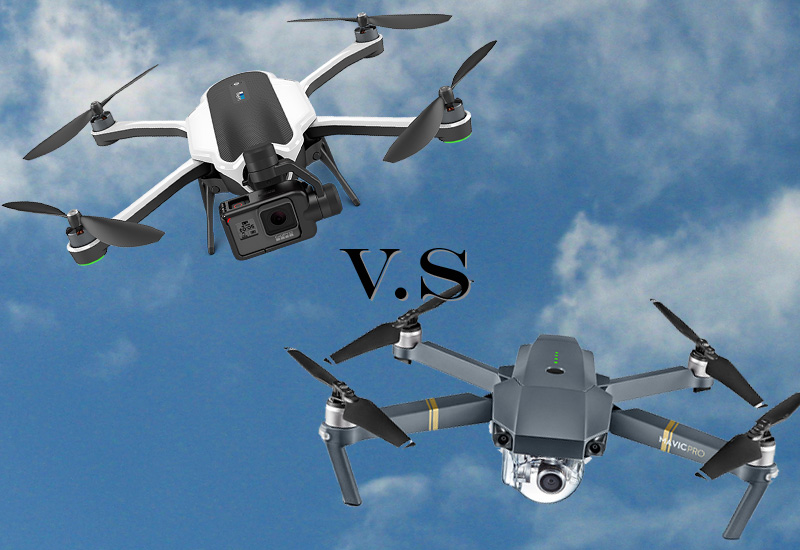 Flying drones is not new, but quality drones that could be easily brought along with you have been scarce - up until the last few weeks that is. GoPro recently set the personal drone world alight with the launch of their GoPro Karma. Here's a drone that could be folded down to fit into your backpack that offered not only a great camera, but one that could be detached to be used handheld too.

That’s something that previously used to be the sole domain of DJI’s OSMO, so it’s only fitting that DJI announced their own foldable drone – the Mavic Pro - soon after. This new offering from DJI inherits plenty of smarts from its older, larger brothers, but folds down smaller than any drone DJI has offered before. Given that it runs on the same app DJI has been using for the Phantom Drones and the OSMOs, you can expect the same level of control too.

With both drones claiming high performance, compact and portable as key selling points, we decided to quickly compare them to see how they stack up from a features, specs and offerings perspective:-

As you can see from the table, the DJI Mavic Pro quite handily bests the GoPro Karma in all aspects other than price. And that’s only when you exclude the cost of a camera! The DJI Mavic reports better range, better height and speed, and the entire package is lighter too, so on specs alone the DJI Mavic Pro seems the easy winner– at least on paper.

But specs are only one side of the story. It’ll be interesting to see how the two actually match up in terms ease of handling and the quality of their respective cameras. And we certainly want to see if the GoPro Karma handles well enough to overcome not having assistive features like automatic obstacle-detection, so hopefully we’ll get a chance to bring both in for a formal test run soon.

Meanwhile, here's a demo of the DJI Mavic Pro in the hands of one of the first few testers in the world and we have to say that it looks like a great gagdet that will put drones into more enthusiast hands than ever before:-