The Smartphones In Question

With the recent release of the trio of premium 5-inch Android smartphones - HTC One (M8), Samsung Galaxy S5 and Sony Xperia Z2 - it's only inevitable that we wanted to find out who's the best overall of the three newcomers. However, the imaging prowess of these smartphones required more effort to assess and so that's what we did in our spare time over the last few weeks to present you today's feature article. After all, the best camera is the one you have with you, and we’re sure you will never leave your smartphone aside.

Before we begin the comparison, we'll roundup the key camera-centric features of each smartphone to get you up to speed if you're not already familiar with them. Similar to its predecessor, the HTC One, the One (M8) also features a sensor size of 1/3-inch (the smallest in this line-up), pixel size of 2µm, focal length of 28mm and a maximum aperture of f/2.0. It is however slightly improved with a more refined UltraPixel sensor powered by a new HTC ImageChip 2.

The sensor’s large pixel size is due to the fact that HTC has opted to stick to a smaller resolution (4 megapixels) while also increasing the size of each pixel in order to capture more light. This should theoretically result in less noise and a better dynamic range in images.

If you take a closer look at the One (M8)’s rear, you will notice that there’s a smaller lens located above the main camera. The main camera and this smaller lens make up HTC’s Duo Camera feature. The smaller lens doesn’t actually capture images, but  helps record more imaging information such as range and depth perception. This results in vastly faster autofocus times and also lets you separate the foreground from the background in post-production. The One M8 does not come with optical image stabilization (OIS) though, because HTC claims that OIS is incompatible with the stereoscopic rangefinder technology used by the Duo Camera in the One M8.  For a quick demo of its Duo Camera function with its imaging software, jump to the 45-second mark of the video below, and if you would like to read-up more on the Duo Camera and its related features, we've covered them at length in our hands-on article of the phone. 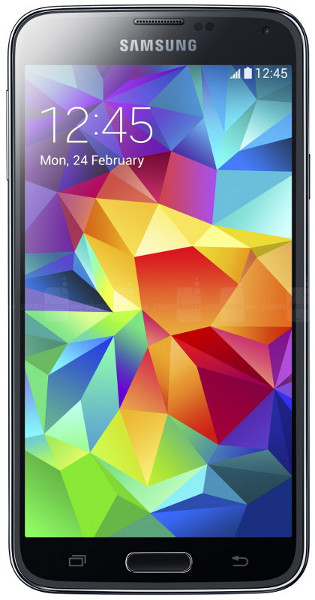 The Samsung Galaxy S5’s camera comes with increased resolution compared to the S4, going from 13 megapixels to 16 megapixels. Similar to sensor resolution, the Galaxy S5’s sensor size also falls in the middle for this shootout, at 1/2.6 inches.

While HTC has opted for a lower resolution sensor with larger pixels in the HTC One (M8), the common practice is for smartphone manufacturers to squeeze in more pixels into the sensor. The problem with smaller pixels is that they have smaller dynamic range, meaning that less detail is captured in the darker or lighter part of the image. It doesn’t help that the Galaxy S5 does not come with optical image stabilization, which will affect shooting in low light.

Another concern is that smaller pixels are susceptible to crosstalk. Tiny light detectors in the camera called photodiodes turn light into a current, which the sensor’s chip processes into an image. Crosstalk occurs when some photons from light shining onto the pixels leak into the surrounding pixels. The surrounding photodiodes will turn the leaked light into a current even though there should be no light hitting these photodiodes, leading to a distortion of the original image. For example, light hitting a blue pixel results in photons leaking to the red and green pixel surrounding the blue pixel, which will lead to an incorrect color representation in the image which rightfully. shouldn’t occur but it's difficult to control with increasingly smaller pixels.

Fortunately, Samsung understands this issue and had implemented ISOCELL image sensor on the Galaxy S5 where each pixel is isolated via a physical barrier. The barriers serve to ensure that no light leakage occurs. The end result is improved color accuracy. 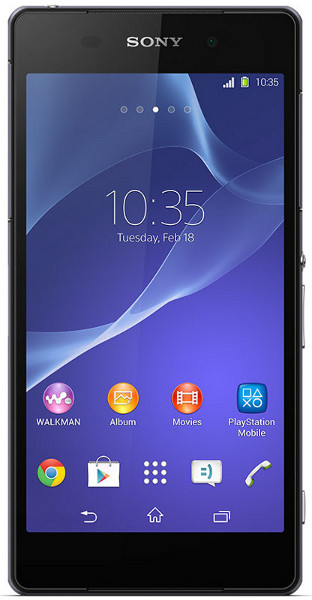 Similar to the Xperia Z1, the Xperia Z2 carries on the tradition of having a relatively high resolution 20.7-megapixel camera and a 1/2.3 Exmore RS CMOS sensor that’s the same size as most sensors in modern digital point-and-shoots, which should, in theory, lead to some pretty impressive pictures for a smartphone. But not everything depends on size; sensor design, image processing and optics all play a part in the quality of images, so it’s hard to determine where the camera performance stands based on the specs alone.

The Sony Xperia Z2’s camera has a focal length of 27mm, slightly edging out the HTC One (M8) (which has a focal length of 28mm) in terms of having a wider field of view. The Sony-branded G lens has a maximum aperture is at f/2.0, and like the other two smartphones, the Xperia Z2 does not feature optical image stabilization so you might have to wait out for the next generation of smartphones in the hope that they may come with this feature to improve photo taking experience.