Note: This article was first published on 31st May 2020 and updated for relevancy. 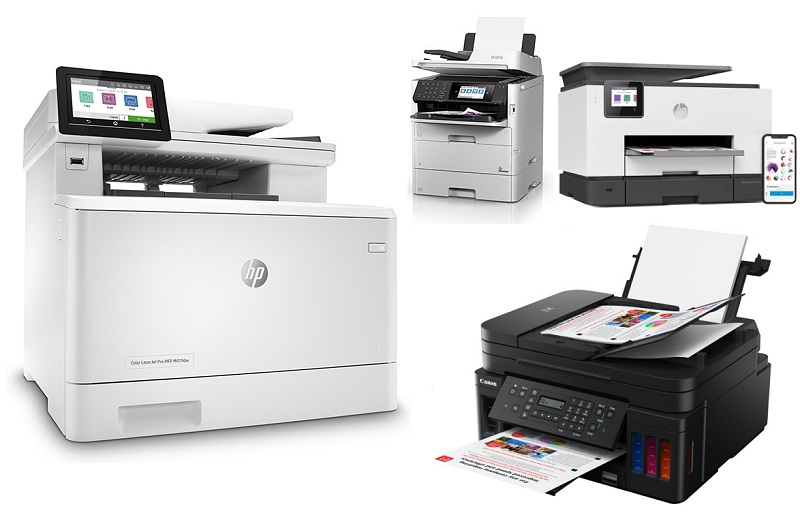 New printers for a new decade

Despite the fact Covid-19 has accelerated digital processes and tested the possibility of remote working for extended periods, the venerable printer at home, school or office isn't going to go away anytime soon. Sure, we're printing less, but the need to print will never be eliminated. Children, while happily adopting phones and tablets, paper and books are still the best medium to help them express themselves creatively, artistically, and even for some aspects of their coursework. Elsewhere in offices, certain processes can be digitised and be kept solely in the digital domain, but there are others (especially the more important documents) where they require to be printed, signed and filed away in the old fashioned manner - at least for the near future. Even if you don't print much, printers have become a great asset to help scan or copy existing documents for duplication or aid in the process of digitization, storing templates for work processes and many more.

Now with Phase 3 of re-opening in Singapore, more people are gradually heading back to the office and it's probably high time to upgrade your old workgroup printer in the office. If you've been working from home, perhaps it's also time to re-look at how your existing printer keeps pace with your needs - be it in quality, capability or just versatility.

On that note, we've rounded up the very best Workgroup Office Printers and SOHO Printers that you can consider for upgrading. These gadgets aren't exactly small and light, so we've done the heavy lifting for you to know exactly which printer you can gun for based on your needs. We'll start with the SOHO printer category first, followed by the Workgroup Office printers.

Able to print, copy, scan and fax, the divide between these and their higher-end brethren usually lies in the fact that the majority are still using inkjet technology. Indeed, two of the printers tested here are inkjet-based.

For this category, we tested printers from Brother, Canon, and HP that cost around S$500, launched in 2019 and placed no restrictions in the type of print engine used. We looked at the size and footprint as space could be at a premium in a SOHO setup, along with the features and connectivity options. While ease of use was important, the overall price of the printer, print quality, and cost of printing were key winning criteria.

Here's what we found from testing each of these printers.

Surprisingly, Brother's S$448 LED printer DCP-L3551CDW model made the cut for our SOHO class printer assessment. For a quick recap, LED printers are most similar to laser printers, using a drum, toner, and fuser system to apply coloured or black toner to the paper. There is one key difference between the two in that laser printers use a laser (hence the name) and mirror to create a toner-attracting static charge on the printing drum while LED models use a strip of LEDs (again, hence the name). 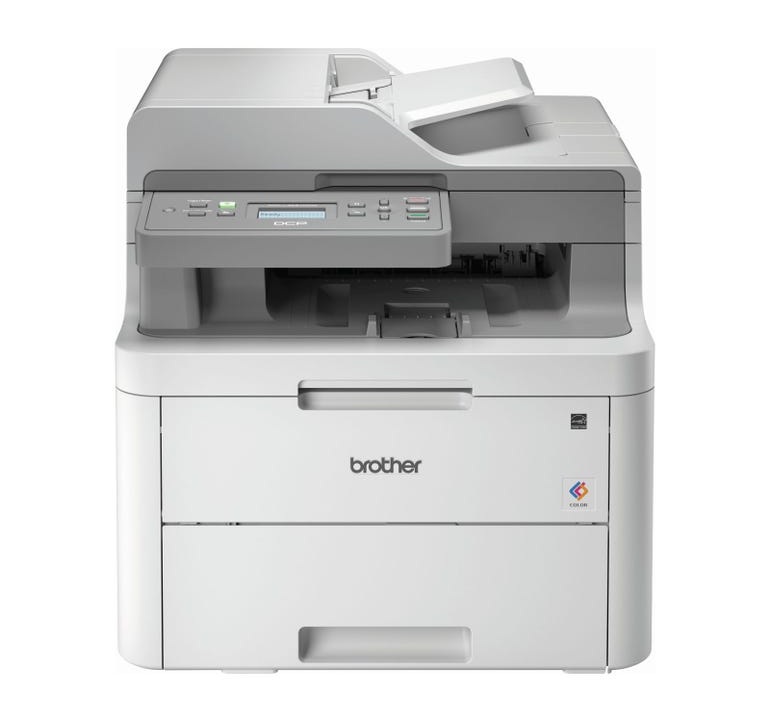 Currently, Oki, Brother, and Xerox are some of the printer manufacturers selling LED-based printers as an affordable laser option.

Like laser printers, there is the argument that LED printers are better for document printing and most of what we have seen seems to support this.

The Brother DCP-L3551CDW had the largest footprint of the three SOHO printers tested and was also the heaviest. Understandably, the print engine used - LED printing instead of inkjet-based - is the key reason for its size as opposed to its contenders. This certainly has the look of an office laser printer with the body coming in at 410 x 475 x 414mm and weighing a sturdy 23.5 kg.

The 250-sheet paper tray was very handy and coupled with the 50-sheet ADF made this a SOHO-class workhorse. We really liked the dual auto document feeder (ADF) and multi-purpose paper tray. However, for all its large size, it had a very small LCD that was fixed in position (as opposed to being articulated which would be beneficial for a more varied placement).

While it has a stated print speed of 18ppm for both black and colour documents, we found that it took less time to buffer after the print button was pressed and thus, was the fastest SOHO printer we tested. The printer offers up to 2,400dpi print quality and also has optional high-yield toner cartridges. Connectivity options are plentiful such as Wireless 802.11b/g/n and Wi-Fi Direct, as well as from mobile devices using AirPrint, Google Cloud Print, and Brother iPrint&Scan. But we found it could only detect our test lab's 2.4GHz network and not our 5GHz one.

Our main complaint was with the small LCD. The small size meant that there was space for only two lines of text that made it difficult to type out passwords and navigate through menu options. Fortunately, unlike the Canon G7070, the buttons on the control panel all had descriptions explaining what each did. Also, since it isn’t an ink-based printer, the toner replacements can be pricier than inkjet replacements although their load can also be higher.

One feature cost-conscious businesses will like is the three-year on-site warranty it comes with.

On paper, this printed out our test documents the fastest. But the difference between this and the HP counterpart was largely negligible.

Text printing was sharp and clear like the rest, with text and serifs sharp and clear. However, there was more colour spotting around the text than the other two printers tested.

Overall, while able to provide print results close to a laser-based device, the size and weight played against the printer in this case. And while the text in the print results came out fine, the image quality was what let it down. As seen in the below scanned image of its printout, tere was a noticeable halo around the main image and the blues were over-saturated.

Officially listed for S$448, the Brother DCP-L3551CDW LED printer is available at these online stores: Best Denki and Courts.