Apple's Back to School promo is back with discounts on Macs and iPads, free AirPods, and more
Tech Guides It's a new era for iPads. Following the recent launch of the new fifth-generation iPad Air, Apple's tablet lineup has been thoroughly updated across the board. To give some context, the oldest of the new iPads – the 2021 iPad Pros – are just only turning a year old. The launch of the new iPad Air also means that half of the iPad lineup is now equipped with Apple's M1 chips, the same one that brought about a performance shift in the company's Macs.

However, four iPads (five, actually, if you consider there the iPad Pro is available in two sizes) are a lot to choose from, especially when they tend to overlap in some features. It's also quite an abundant number of choices when some of the use cases that Apple promotes the iPad for, like content consumption, note-taking, professional work, are things that they can all do to some extent.

Between the four iPads, the answer to the question "Which one should I get?" remains ever elusive. But hopefully, with this guide to help, you can wade through the weeds to find out which iPad is best suited for you.

To set the scene, these are the prices for the non-Pro iPads, which follow a pretty simple price curve:

The iPad Pro, meanwhile, has quite the number of configurations:

The long and short of it is: the 10.2-inch iPad is the most accessible in terms of price (save for the 256GB Wi-Fi + 4G configuration), followed by the iPad Mini, iPad Air, and then the two iPad Pros. This tracks fairly well with what the different iPads offer, as the two most expensive ones, the Air and Pro, are the ones with M1 chips and larger screens.

What they all have in common Before we get to the comparisons, however, we might want to first take a look at what all the iPads have in common. Particularly, iPadOS.

As all the newest iPads run iPadOS, means day-to-day software experience for the latest iPads should be more or less the same; including support for external storage devices, the Files app, desktop browsing, multi-tasking, and other features. You can see some of these features in more detail in our article here, as well as what iPadOS 15, the newest major version, brings to the table here.

Additionally, if you own a Mac, iPadOS enables salient iPadOS features like Sidecar, which lets you extend or mirror your Mac display on an iPad, as well as Universal Control, which makes the iPad a complementary device, integrating your Mac and iPad through a single keyboard and mouse (or trackpad). Some older iPads also support these too, so if you're a Mac user who wants an iPad solely for these, make sure to check older iPads as well. 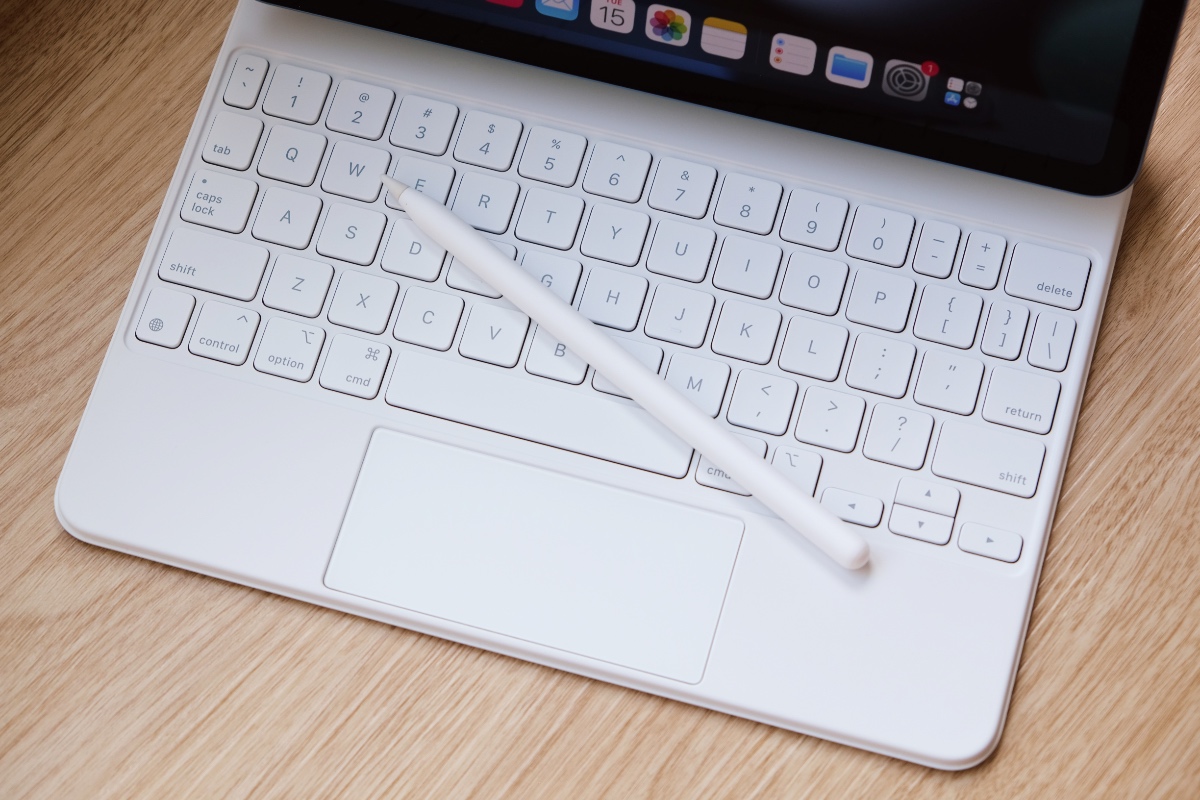 Centre Stage, which uses an ultra-wide camera sensor, machine-learning, and intelligent cropping to keep you in frame during video calls, is also now a feature that's available on all of Apple's latest iPads.