We only ran our gaming benchmark suite at 1080p, since that's where the CPU is more of a factor. At the higher resolutions that are more graphically intensive, the performance differences start to even out.

We’ve also teased out the Physics and CPU scores for the Fire Strike Ultra and Time Spy Extreme tests and compiled them in a separate table to give a better idea of how each processor performed.

Gaming performance was surprisingly even in terms of overall scores, but a look at the Physics and CPU numbers provides a better idea of CPU performance. Both the Core i9-9900K and Ryzen 7 3700X were pretty even for the Fire Strike Ultra Physics scores, but the Intel chip had a slight lead in terms of the Time Spy Extreme CPU numbers. 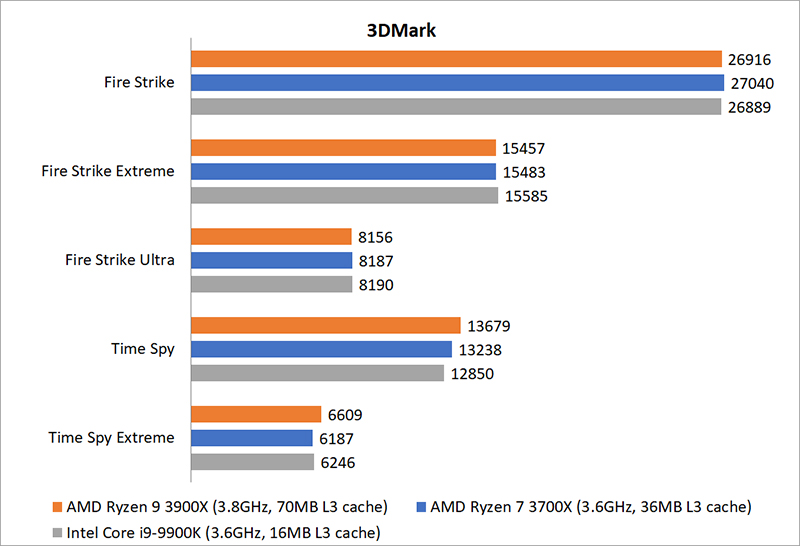 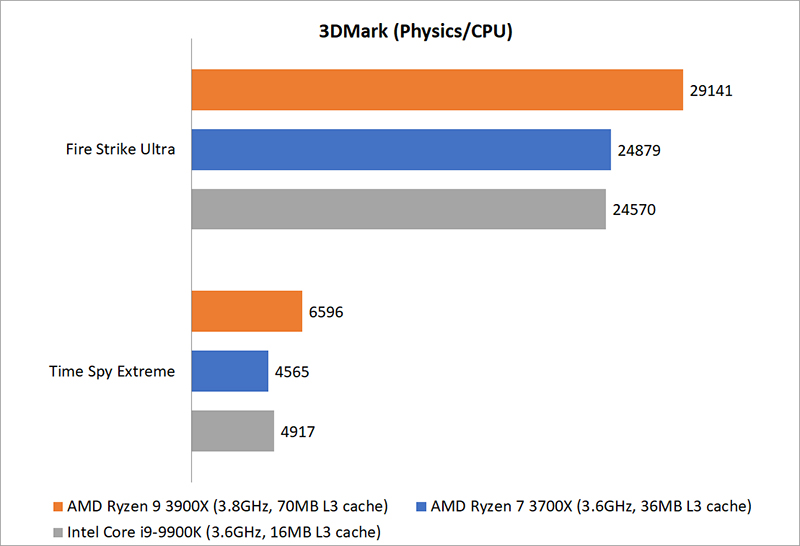 Results were a mixed bag here, with the Core i9-9900K coming out on top by a small margin at High settings, but falling behind again at Crazy settings. 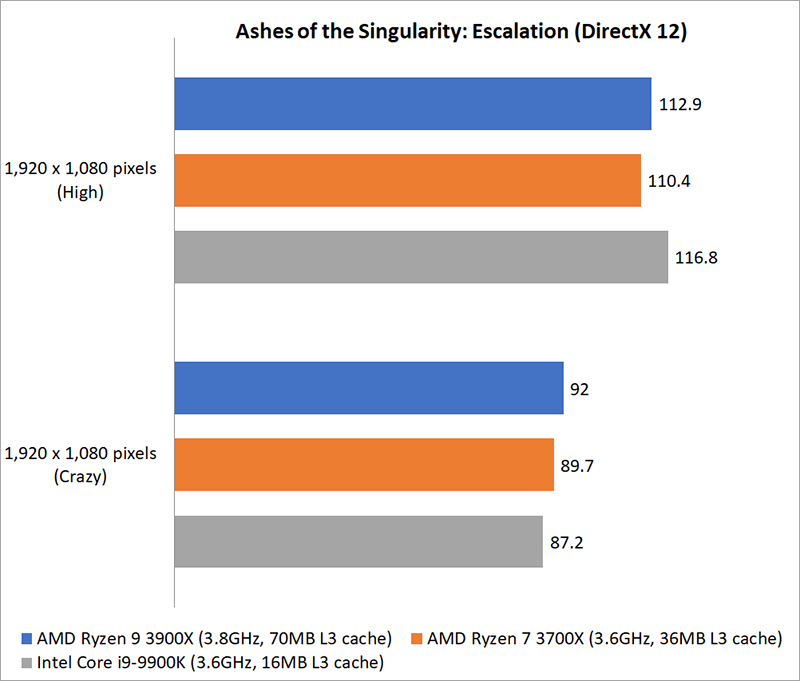 Mankind Divided still clearly prefers the higher clock speeds on the Intel processor, and it was ahead of the Ryzen 9 3900X by a good 18 percent. That advantage shrank at Ultra settings though, narrowing to just 5 percent. 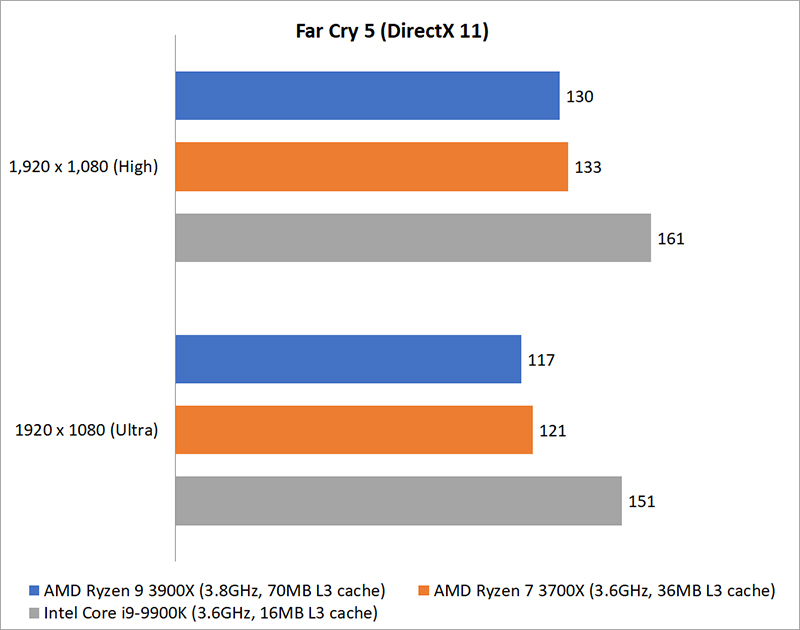 Shadow of War sees the Intel chip take the lead as well. At Ultra settings, the Core i9-9900K was ahead by 7 percent. Again, it seems like the game doesn't scale well with more cores, and there was virtually no difference between the Ryzen 7 and Ryzen 9 chip. 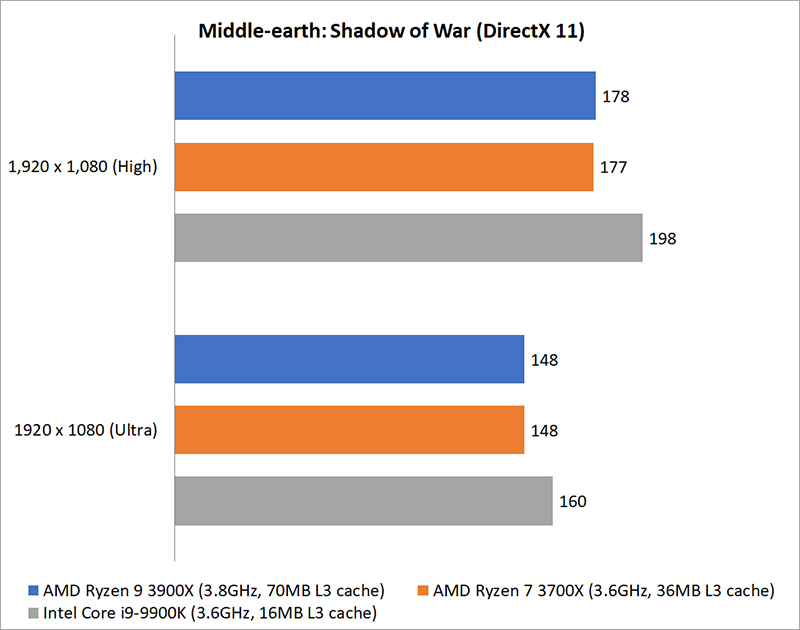 The Ryzen 7 and Ryzen 9 processors turned out very similar performance in Shadow of the Tomb Raider as well. At Ultra settings however, the Core i9-9900K was faster than the AMD chips by roughly 13 percent. Running the game at Ultra settings helps narrow the performance gap somewhat, where the Core i9-9900K was ahead of the Ryzen 9 3900X by just under 3 percent. 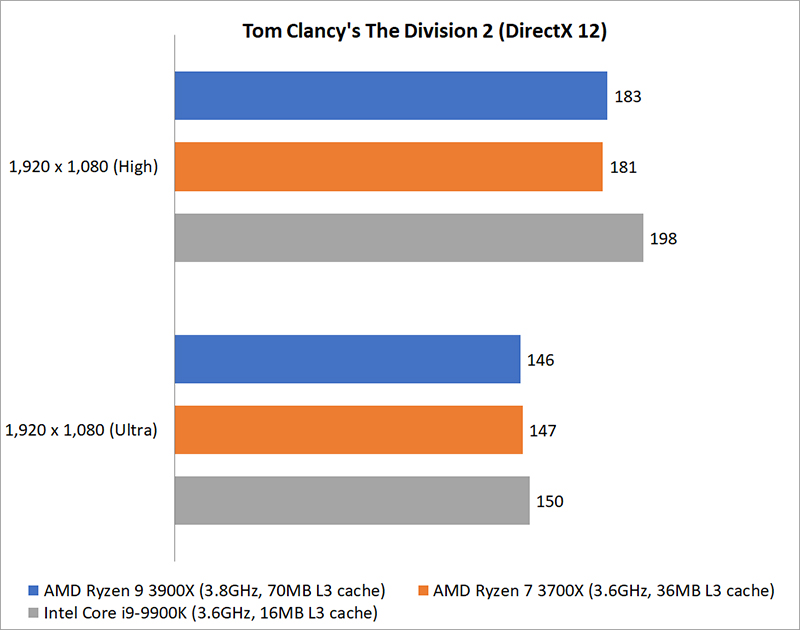