Since both the cards we’re reviewing today use the same MSI cooler, their temperature figures should be quite comparable. The Radeon RX 580 ran 5°C hotter than the GeForce GTX 1060, which is probably unsurprising given its much higher power draw and TDP (the NVIDIA card has just a 120 watt TDP compared to the Radeon RX 580’s 155 watts).

It also posted a total system power consumption figure of 300 watts, higher than the Radeon RX 480 as well.

As it turns out, these results are actually testament to how efficient NVIDIA’s Pascal architecture is as it managed to run cooler and consume less power while offering similar performance. 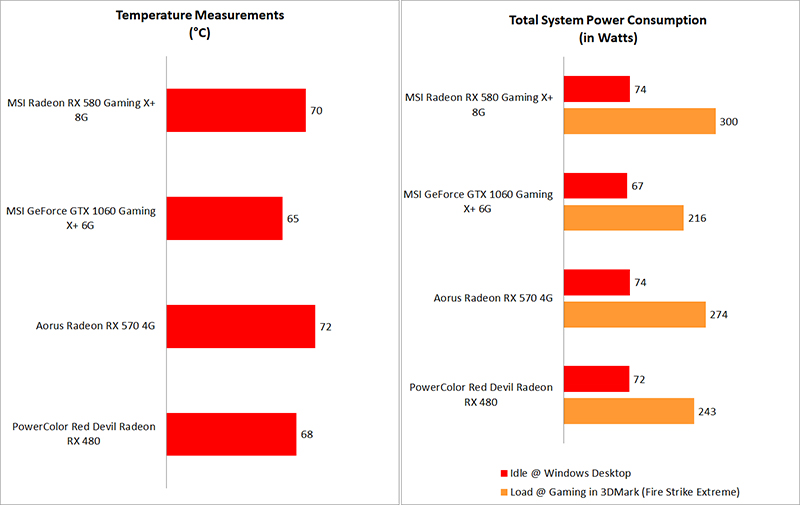 We used MSI’s Afterburner utility to overclock the cards, and here’s a table summarizing the clock speeds we managed to achieve.

The Radeon RX 580 overclocked surprisingly well, and this was a nice change considering the lackluster results we had with the Radeon RX 480. What’s more, the Radeon RX 570 took quite well to overclocking as well, so AMD clearly has made some much-appreciated tweaks in its second-generation Polaris architecture.

Ultimately, we achieved between 5 and 6 per cent increase in Fire Strike for the GeForce GTX 1060 and Radeon RX 580 respectively. The proportionate increase was similar in Fire Strike Extreme as well, so there’s still a tiny bit of performance to squeeze out of these cards with overclocking.

Having said that, the Radeon RX 570 deserves special mention, as we managed to get a 12 per cent performance boost in Fire Strike after overclocking, which is quite impressive for a card of its class. 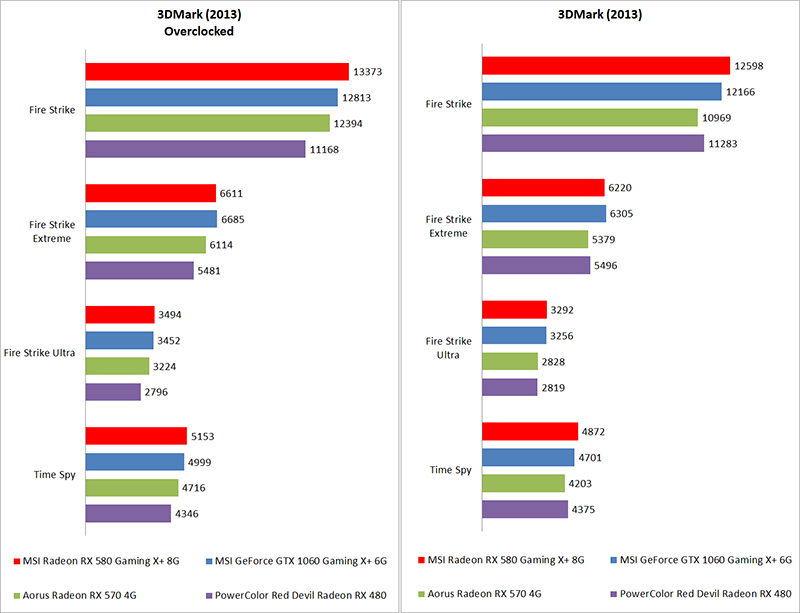