Far Cry 5  doesn't seem to scale that well between different graphics cards and settings. At the 4K resolution, the GeForce RTX 2070, Radeon RX 5700, and GeForce RTX 2060 Super even turned out the same result, which is odd for the demanding 4K resolution where the graphics card is supposed to be the limiting factor. Either way, it speaks to how close in performance many of the cards here are.

However, the Radeon RX 5700 had a particularly standout performance against the GeForce RTX 2060 here (again, remember that both cards cost the same). At 1440p and Ultra settings, the AMD card was a whopping 25 percent faster. 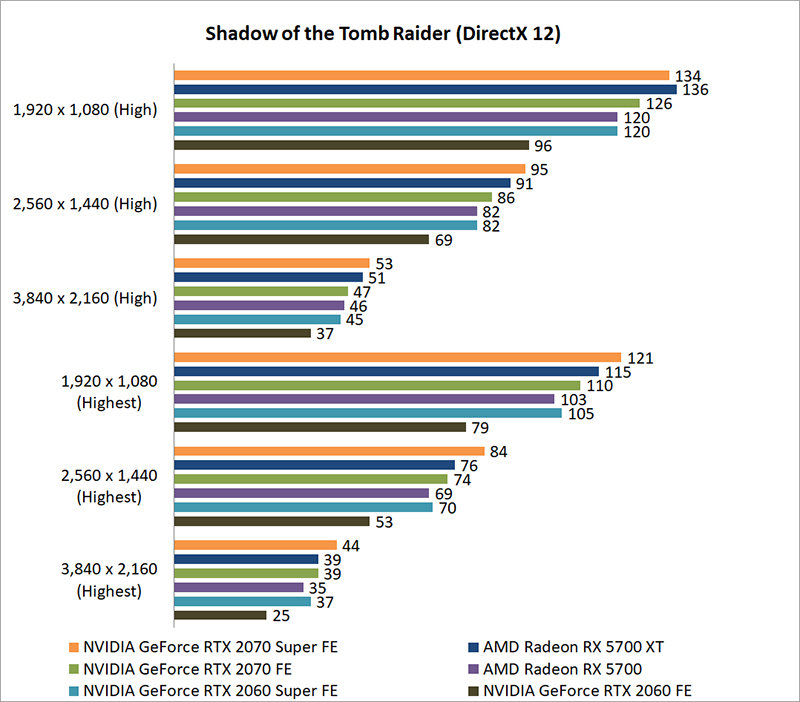 Once again, AMD has the advantage here when comparing directly for price. Still, the difference was smaller at Ultra settings. The Radeon RX 5700 also continued to command a significant lead over the GeForce RTX 2060, posting a good 15 percent advantage at 1440p and High settings.