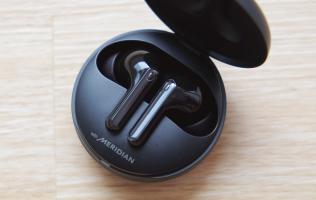 Review: Mortal Kombat has lots of fan service to offer but not much else
Shootouts 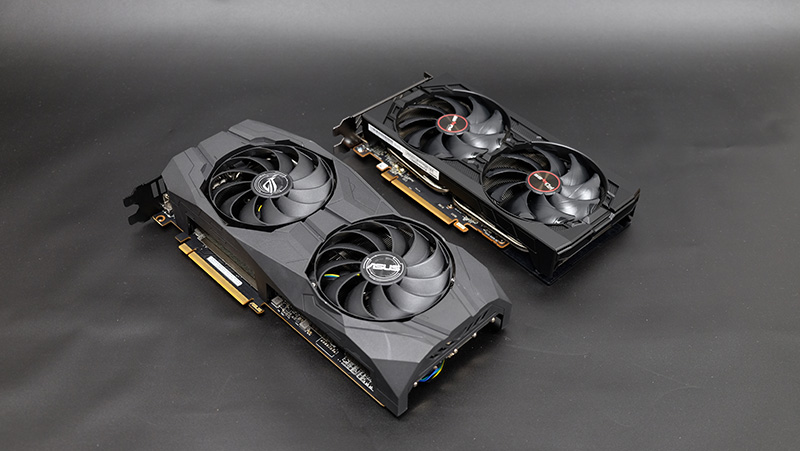 The Radeon RX 5500 XT is also available in either 4GB or 8GB variants, which AMD says should help it cover as wide a swathe of the 1080p mainstream audience as possible. After all, 4GB of GDDR6 video memory can be rather limiting, and the hope is that the larger 8GB configuration will help it out in modern games that can use the additional frame buffer, especially at higher resolutions and settings.

AMD isn't releasing reference versions of the Radeon RX 5500 XT, opting to go straight to launch with custom cards from its add-in board (AIB) partners. This means I'll be working with the ASUS ROG Strix Radeon RX 5500 XT O8G Gaming and Sapphire Plus Radeon RX 5500 XT 4GB for this review – in addition to checking how they stack up against the relevant NVIDIA cards, I'll also look at how much extra performance 8GB of VRAM can net you. As it turns out, both 4GB and 8GB models share the same basic specifications, including GDDR6 memory with an effective clock of 14,000MHz and a 128-bit memory bus for 224GB/s of bandwidth. The TDP is 130W for both cards, compared to 100W for the NVIDIA GeForce GTX 1650 Super, so the green camp has a slight edge here.

Under the hood, both cards are built around AMD's new Navi 14 GPU, which features fewer Compute Units (CUs) and ROPs and less memory bandwidth than the original Navi 10, which the Radeon RX 5700 XT is based on. It's also cut down on the number of transistors to just 3.9 billion, which results in a die that is around 37 per cent smaller than Navi 10. What's interesting is that this doesn't even appear to be the full-fat version of Navi 14, since we know from the Radeon Pro 5500M that the part actually features up to 24 CUs. That said, it has managed to pack more transistors into the chip compared to the ageing Polaris GPUs, all while occupying just 70 per cent of the space. In addition, it's based on RDNA architecture at its very core, which means all the features and efficiency improvements that debuted on the Radeon RX 5700 series are still there, including the entirety of the media processing block.

Many of these improvements are made possible thanks to TSMC's more advanced 7nm process, which enabled AMD to cram in smaller and more efficient transistors. In comparison, NVIDIA is still using TSMC 12nm, which is itself derived from the 16nm process.

A closer look at the custom cards

The Sapphire Pulse Radeon RX 5500 XT 4G ships with a slight factory overclock, although it's nothing compared to the more aggressive frequencies reserved for the company's Nitro series. The card has a Game clock of 1,737MHz and Boost clock of 1,845MHz, which is basically a small 20MHz increase over the reference Game clock. Meanwhile, the Boost clock has remained unchanged. 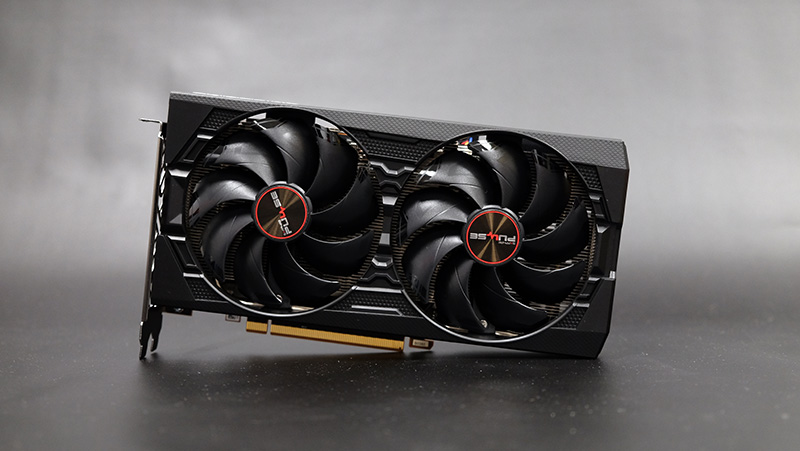 This is a pretty plain dual-slot card, featuring a dual-fan open air cooler. The two 95mm fans support semi-passive operation, so they go completely silent when the card is idle. Sapphire calls this its Dual-X Cooling Technology, and the cooler actually extends beyond the PCB, drawing heat away from the GPU by way of three heat pipes.

One nice touch is the dual onboard BIOS. You can select which one you want via a switch at the top, but the default performance BIOS automatically increases the GPU power limit to 135W. The second BIOS is tuned for quieter operation, bringing the power limit back down to 120W. 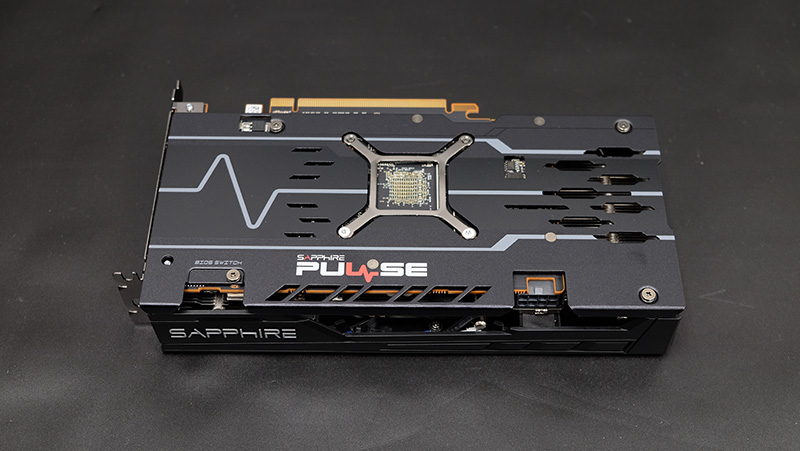 The card also relies on a single 8-pin connector for power, which seems a little overkill.

Another thing to note is that while this is physically a PCIe x16 card, it only uses eight lanes electrically. I wouldn't worry too much about this though, especially since this is a PCIe 4.0 card. Ultimately, eight PCIe 4.0 lanes is more than enough when paired with a PCIe 4.0-compatible motherboard (not that it's actually going to be a problem with PCIe 3.0 anyway).

To cap things off, the card comes with a metal backplate to reinforce the PCB, complete with a pulse rate motif.

On the other hand, the ASUS ROG Strix Radeon RX 5500 O8G Gaming comes with a few more bells and whistles. For starters, it comes with a FanConnect II header for you to hook up an extra system fan. It's also got some RGB lighting built in, but that's mostly confined to the ROG logo on the cooling shroud. Elsewhere, it's very similar to the Sapphire card, featuring also dual onboard BIOS and a single 8-pin power connector. Of course, it ships with a factory overclock too, boasting a 1,737MHz Game clock and 1,865MHz boost clock in OC Mode. 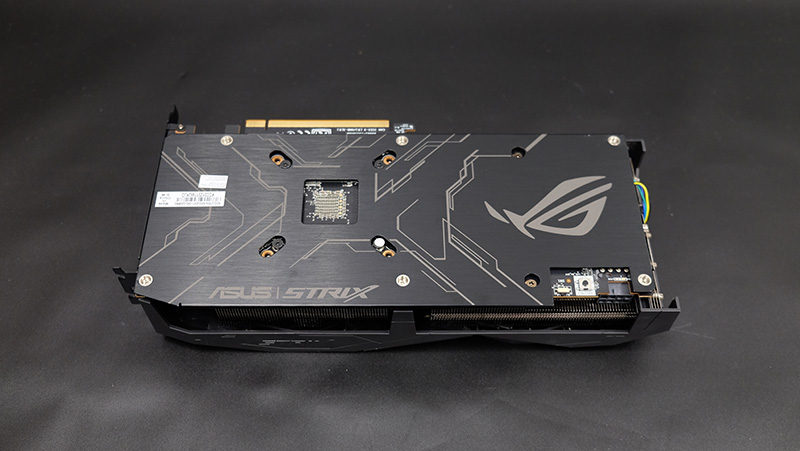 Both cards have the same selection of display outputs, comprising three DisplayPort 1.4 and one HDMI 2.0b connector.