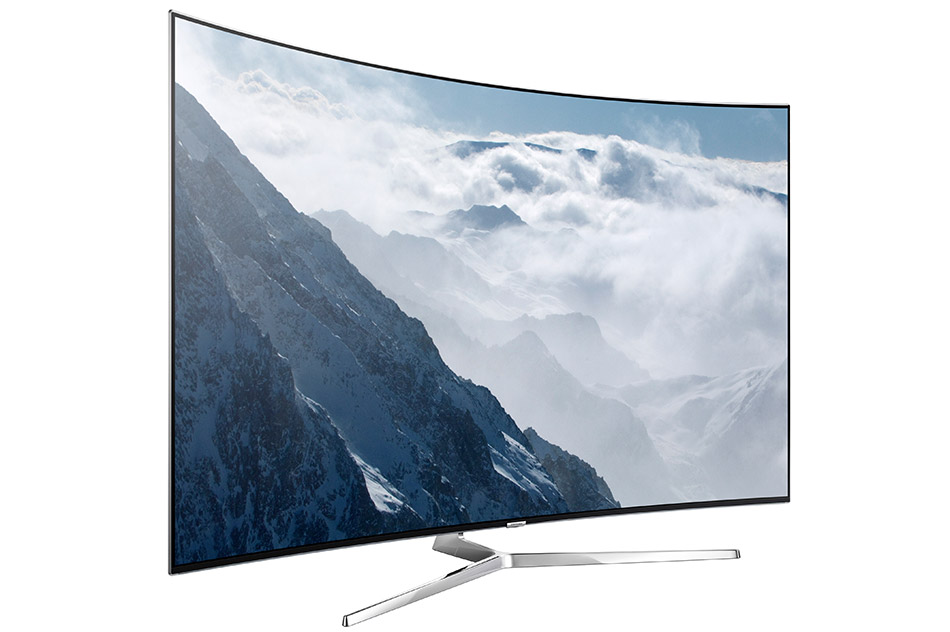 Is buying a 4K TV as simple as ensuring that it has a 4K resolution? Not quite, especially if you want your multi-thousand-dollar investment to last as long as possible. But as standards and technologies get sort of agreed upon and adopted by TV makers and content producers, there's a higher degree of certainty that a 4K TV you buy today won't become obsolete anytime soon.

However, the sad fact remains that if you've bought a 4K TV or receiver sometime between 2013 and early 2014, there's a chance that it might not be able to play or passthrough today's 4K content.

Whether you're looking to buy a 4K TV or just wondering if your existing 4K gear can keep up with the latest standards, understanding jargon like HDCP 2.2, HDMI 2.0, HEVC, and UHD is invaluable. So here's the skinny.

Most 4K TVs support something called HDCP, which stands for High-bandwidth Digital Content Protection, but only the more recent ones come with HDCP 2.2, the latest generation content protection mechanism. Simply put, HDCP attempts to secure the connection between the source and display (and anything in between, such as receivers and game consoles), just that in 2.2 the protection system is much more advanced and stronger than before. HDCP is usually implemented on HDMI ports, but it can also be used on other types of connections, like DisplayPort and DVI. 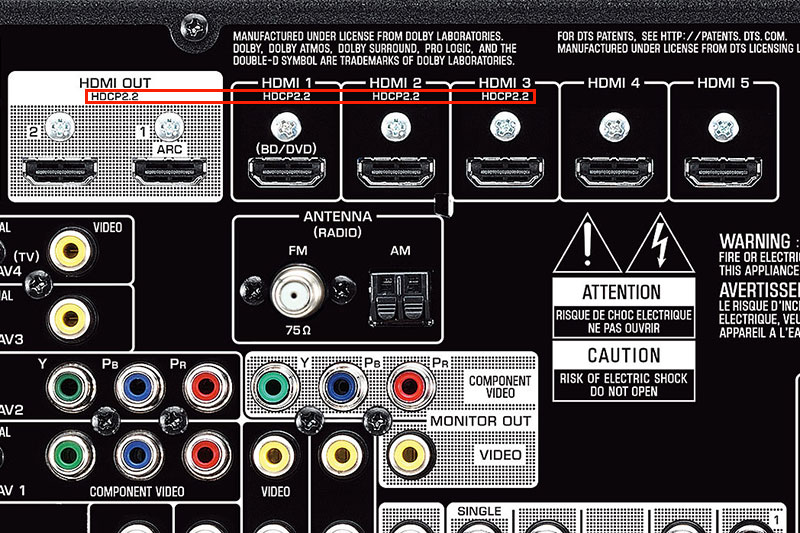 But there will be a problem if you’ve a 4K source device (e.g., a Blu-ray player) or service that’s HDCP 2.2-compliant and is trying to send protected 4K signals to a non-HDCP-2.2 4K TV. The TV would most likely show a blank screen. To make matters worse, non-HDCP-2.2 devices can’t simply be upgraded to support HDCP 2.2, because specific hardware is required.

In short, if you’re buying a new 4K TV (or home theater projector or receiver) today, it’s of your best interest to make sure that it supports HDCP 2.2. While most name-brands’ recent offerings have it, it’s still good to verify it either by checking the specs sheet or with the salesperson. Many consumers like to buy from second or third-tier brands because they’re usually more affordable; and while there’s nothing wrong with that, be mindful that such TVs often lack the latest features like HDCP 2.2.

For early adopters who’ve bought a non-HDCP-2.2 4K TV, well, just keep all these in mind, and don’t be too surprised if some 4K content don’t display properly on your TV some point down the road. Once the problem crops up too frequently, you’d know that it’s time to get a new TV.

HDMI 2.0 is designed to support higher bandwidth (up to 18Gbps) than 1.4, and as a result, it’s able to do 4K at framerates up to 60fps. Other features include options for the Rec. 2020 color space, 4:2:0 chroma sub-sampling, up to 32 channels of audio, 21:9 aspect ratio, dual video streams, and improved 3D and CEC functions. HDMI 2.0 is also backwards compatible with HDMI 1.x.

In a nutshell, HDMI 2.0 can only get more important as more 2160/60p content arrives. For futureproofing’s sake, there’s no reason to omit it if you’re buying a 4K TV (or receiver) today. Some early 4K TVs are able to upgrade from HDMI 1.4 to 2.0 through a firmware update, but that is not a guarantee and really depends on the manufacturer and the design of the TV.

Also, while HDMI 2.0 and HDCP are often mentioned in the same breath, know that one doesn’t equate the other. As mentioned earlier, though it’s possible to upgrade from HDMI 1.4 to 2.0 through a software update, the same doesn’t apply for HDCP 2.2. In addition, if a 4K TV supports HDMI 2.0, it doesn’t mean it also supports HDCP 2.2.

For those interested, the latest HDMI version now stands at 2.0a, with high dynamic range (HDR) video support the major new feature added. In 2015, only a handful of TVs do HDR, such as Samsung’s JS series SUHD models and a couple of high-end models in Sony’s 2015 Bravia lineup. That said, none of them supports HDMI 2.0a, though it’s plausible that this can be achieved through a firmware update in the future.

The above said, HDR is a key feature in top-end models from name brands since 2016, so these HDR-capable models should have HDMI 2.0a inputs and support HDCP 2.2.

And since we’re at it, be aware that there’s no such thing as an HDMI 2.0/2.0a cable. As long as you’ve a ‘High Speed’ HDMI cable (you probably do if you already own a 1080p TV), you’re all set. The same cable should work with HDR10 and Dolby Vision sources, too. That said, in the years to come, when HDMI 2.1 AV gear and high bandwidth content become commonplace, you'd need an 'Ultra High Speed' HDMI cable to make full use of HDMI 2.1 (more on that below).

HDMI 2.0b was first released in March 2016, but was updated in December the same year to include support for the Hybrid Log-Gamma (HLG) HDR format. Developed by UK’s BBC and Japan’s NHK, HLG is mainly used for broadcast TV. Support for dynamic metadata is expected in next version, HDMI 2.1.

Finalized in Nov 2017, the new HDMI 2.1 spec features a major increase in bandwidth support, from 18Gbps (HDMI 2.0) to 48Gbps. This allows HDMI 2.1 to do up to 10K resolution and 120fps frame rate. Other improvements include Display Stream Compression 1.2, enhanced Audio Return Channel (for Dolby Atmos over ARC), and improved VRR (for variable refresh rates to go over 4K/60fps). And for the first time in many years, HDMI 2.1 will require a new cable that supports the upgraded bandwidth.

HEVC/H.265, or High Efficiency Video Coding, is a compression standard that succeeds the MPEG-4/H.264 AVC standard. Expectedly, the newer HEVC is much more efficient (almost 200%) than its predecessor, and this becomes important when dealing with today’s high-res, high-bandwidth 4K content. As such, HEVC has become the go-to compression scheme for 4K streaming services, like those from Netflix, Amazon, and M-Go. 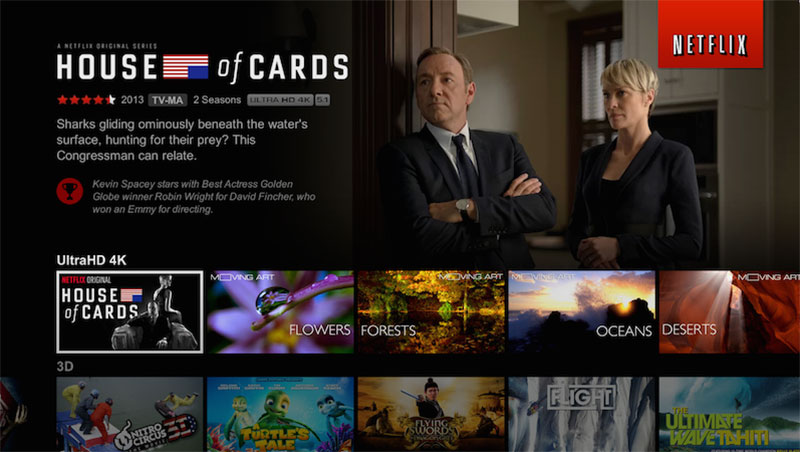 The good news is unlike 4K TVs sold in 2013 and early 2014, recent 4K TVs from name-brand makers mostly come with a built-in HEVC decoder, so they shouldn’t encounter any hiccups when playing HEVC-compressed 4K content. That said, it’s still possible for a HEVC decoder-equipped 4K TV to not playback HEVC 4K content, something we saw on the 2014 Panasonic AX800/802 series. In this particular case (which was resolved in October 2014 through a firmware update), they weren’t able to play Netflix’s 4K streams because the TVs’ processing chip didn’t meet Netflix’s certification requirements.

At the moment, we aren’t aware of any HEVC problems in any of the latest 4K TVs made by name-brand TV manufacturers. If anything, check if HEVC is supported if you're buying a model in their lower-end series. Again, be more careful with off-brand 4K sets, because their makers are less likely to be as enthusiastic with regards to such certification.

For those who have bought a 4K TV in 2013, you could be out of luck, unless you've one of LG's earliest 4K TVs that came with a built-in HEVC decoder, or a Samsung 4K TV, like the S9 and F9000. While these Samsung TVs didn't support HEVC initially, they can be upgraded with an external One Connect box that adds support for it. Samsung's One Connect box idea, which the company implements for all its 4K TVs, is actually very good since it enables users to upgrade their TV without throwing out the whole set. For the S9 and F9000's case, the One Connect box upgrade also brought along support for HDCP 2.2 and MHL 3.0.

In short, while I expect an HEVC decoder to be a standard built-in feature for the latest crop of 4K TVs, it's still wise to check beforehand.

If HEVC support is a must-have, then VP9 support is a good-to-have. Simply put, VP9 is an open and royalty-free codec developed by Google. And it's used by Google for its YouTube Ultra HD videos. Thankfully, most premium TVs like those from LG, Samsung, Sony, and Panasonic support VP9 too.