How Spotify Discover Weekly took me on a journey of rediscovery 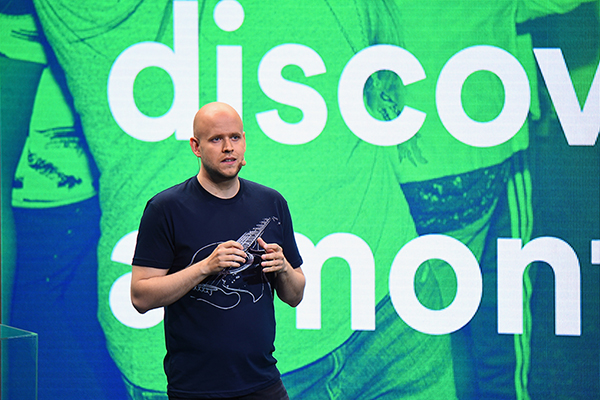 I’ve been a paying subscriber of Spotify for over a year now. And despite having multiple alternatives to choose from, I’m not going anywhere any time soon. That's not because Spotify puts all the music I could possibly want at my fingertips – it does – but because of the weekly curated playlists that just get me.

Updated every Monday morning, Discover Weekly gives Spotify listeners the equivalent of a two-hour mixtape tailored for them. For me, this means that my weekly playlist has been stocked with Mandarin songs. Ironically enough, while my grasp of the language is fairly abysmal, I have always enjoyed listening to tunes from artists like Jay Chou, Mayday, and Yoga Lin.

While Discover Weekly has definitely disappointed me before, in recent weeks it’s served up some selections that make it seem almost magical. Suddenly, I was being confronted with songs I had listened to and loved over a decade ago, but had since forgotten about.

Furthermore, while Spotify says that Discover Weekly intentionally includes songs that listeners have heard before in order to build trust and a sense of familiarity, these songs had slipped off my radar entirely. I had never played them on Spotify, so the streaming service and its algorithms had no way of knowing that I had ever listened to them before. So when a long forgotten track started up in my ear a month ago, I had a serendipitous feeling of stumbling upon something that I didn't even know I had missed. 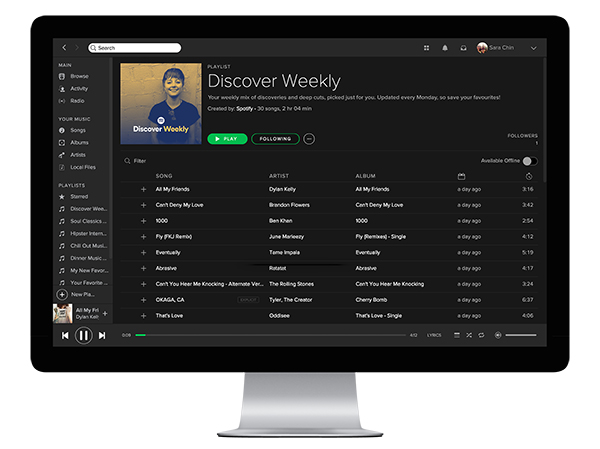 From Khalil Fong’s 红豆 (Red Bean) to David Tao’s Melody and F.I.R.’s Lydia, I was having the time of my life looping these familiar tunes. But perhaps the most significant aspect of rediscovering these songs was the nostalgia that came with them. Given my penchant for running my favorite tunes on endless repeat, I’ve come to vividly associate specific songs with particular memories. So when Michael Wong’s 童话 (Fairy Tale) and Coldplay's The Scientist came on, it was easy to be transported back to the time when my biggest concern was whether or not I had brought the right textbook to class. It was almost uncanny – S.B.D.W's 世界末日 (End of the World) even showed up one week, as if Spotify knew that I had been enamored with Jay Chou's 2001 rendition and wanted me to check out original.

These were songs I loved back then, and still appreciate now (whatever you may think of my taste in music), and Discover Weekly helped me see that perhaps some things don’t change much after all.

How does Spotify do it? 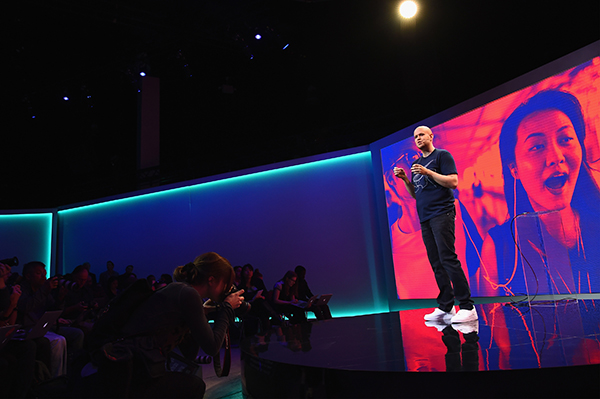 But how does Discover Weekly work its magic? To understand this, it’s important to first talk about why providing personalized curation to the masses is so challenging. When Apple Music first launched, Jimmy Iovine emphasized the role of leading music experts in hand-crafting playlists tailored to different emotions and moods. According to Apple, algorithms just weren’t up to the task, and a human touch was needed.

That’s all true. But the difficulty rears its head when you want to provide this human touch to your user base that spans tens of millions of listeners. It is nearly impossible to hire enough music experts to handpick songs for all these users. Furthermore, taste and personal preferences are highly subjective matters, and even if you did have an expert that curated a playlist for you every week, there would likely be more misses than hits.

But Spotify has managed to extend this human touch to its over 100 million active users (of which 30 million are paying subscribers), and this is where Discover Weekly shows its genius. Spotify has turned its user base into a collective music curation resource, where user preferences are aggregated and parsed as a data layer that can be used to provide personalized recommendations for everyone. Furthermore, all this is run by algorithms and machines – so yes, a computer network is the thing on Earth that best understands my taste in music. 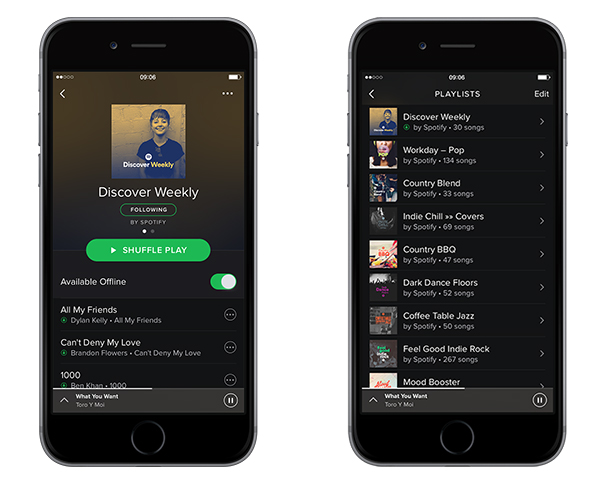 How it works is actually quite elegant. To start off, each user is assigned a taste profile, custom built according to their listening habits. Artists are then assigned affinity scores, based on the algorithm’s estimate of how likely you are to listen to them. In addition, the genres that you dabble in are also taken into consideration to determine the areas you’d be more willing to explore.

Next, the algorithms look at users who have created playlists featuring the artists and songs that your listening habits have indicated that you’re fond of. By identifying users with potentially similar tastes, the algorithm then goes through their playlists for songs that you haven’t heard, but which you will probably like. Finally, it filters these findings through your unique taste profile to sort them according to affinity and how willing you may be to explore them. 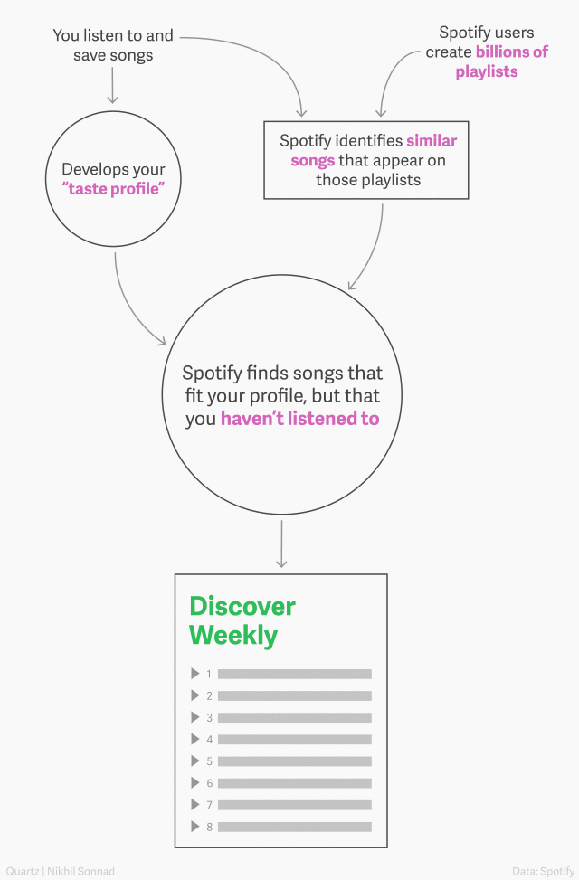 In fact, Discover Weekly is pretty smart, because it knows when not to include that weird song your niece or nephew played on your phone as part of your taste profile. It differentiates between the music you actively listen to and the songs you listen to passively (or outliers) through clustering algorithms. It works something like this:

These algorithms can identify patterns like these thanks to deep learning, a technology that mimics the web of neurons in a human brain and can sift through enormous troves of data and pick out meaningful trends.

Simply put, Spotify leverages the playlist (of which there are over 2 billion) – an act of curation in itself – to provide curation at scale to its listeners. Apple was correct in saying that music recommendations require a more intimate, human touch. Spotify clearly agrees, because what Discover Weekly has done is turn all of us into curators for kindred spirits who share our taste in music. What a way to provide personalized suggestions for everyone without needing to hire an army of so-called 'music experts'.