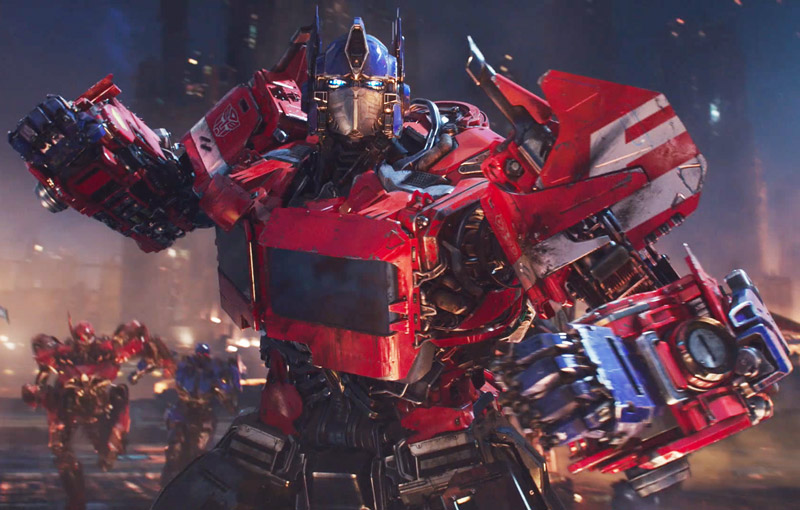 The next live-action Transformers movie is a real beast.

Paramount has announced the title of the next live-action Transformers movie - Transformers: Rise of the Beasts. The movie takes place in the 90s and serves as a sequel to Bumblebee instead of Michael Bay’s movies, throwing in elements from the fan-favourite 1990s animated series Beast Wars for good measure.

Here’s Paramount’s logline for the film:

Returning to the action and spectacle that first captured moviegoers around the world 14 years ago with the original Transformers, Transformers: Rise of the Beasts will take audiences on a ‘90s globetrotting adventure and introduce the Maximals, Predacons, and Terrorcons to the existing battle on earth between Autobots and Decepticons.

According to a recent press event (via The Hollywood Reporter), the movie will feature Optimus Prime in his classic G1 form with Peter Cullen returning to voice. Bumblebee also returns as an off-road Camaro along with Mirage (a Porsche 911) and Arcee (Ducati 916). Three Maximals were also confirmed: Airazor, Rhinox and Optimus Primal.

The Maximals and Predacons are more or less Beast Wars’ futuristic versions of the Autobot-Decepticon factions. However, Rise of the Beast’s main villain will come from an entirely different faction: the Terrorcons. Optimus will come into conflict with them and their leader, Scourge in the film. In Transformers lore, the Terrorcons can be roughly described as nightmarish creatures and a faction unto themselves. In one of their origin stories, they were Decepticon zombies created using Dark Energon.

This version of Scourge is described as a formidable villain who fuses parts of fallen Autobots and Maximals with his own body, which certainly fits in with past depictions of Terrorcons. It wouldn’t be a Transformers movie without humans however, so enter Noah and Elena. Noah (In the Heights’ Anthony Ramos) is a Brooklyn resident who has recently returned home after military service with a gift for electronics, and Elena (Project Power’s Dominique Fishback) is an artifact researcher at a museum.

In addition to the animal-like Maximals and Predacons, we’re also getting new Autobots and Decepticons never seen before on the big screen. That makes for quite a lot of robots sharing the same screen - so I wouldn’t worry too much about Noah and Elena stealing their thunder. Transformers: Rise of the Beasts will hit theaters on 23 June 2022, directed by Steven Caple Jr. (Creed 2).

Join HWZ's Telegram channel here and catch all the latest tech news!
Our articles may contain affiliate links. If you buy through these links, we may earn a small commission.
Previous Story
Apple publishes paper stating their case against sideloading apps on iOS
Next Story
The ROG Strix XG43UQ is an Xbox certified 43-inch 4K gaming monitor