Zynga to Shut Down 11 Titles to Cut Costs

Zynga to Shut Down 11 Titles to Cut Costs 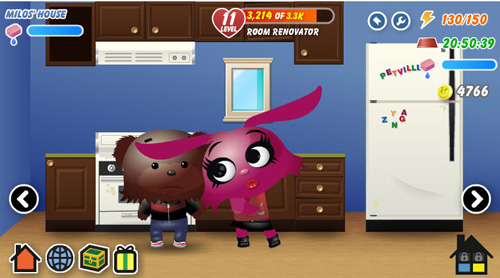 Having overextended itself, Zynga now has to cut down its operations and refocus its efforts to get back on track. Earlier this year, Zynga spent around US$200 million to acquire Draw Something developer OMGPOP. That move proved to be disastrous as Draw Something became something of a one-hit wonder.

In a bid to get the company in order, Zynga is laying off over 100 employees, shutting down offices and ceasing certain game titles so that its programmers and designers can focus on core projects. Over 11 titles will face the hammer and they are:

Despite the cull, Zynga will still have over 30 game titles available across Facebook, Zynga.com, iOS, Android, MySpace and other social sites. And to help ease the pain for affected players, Zynga is offering rewards and bonus packages to these players in other games

Join HWZ's Telegram channel here and catch all the latest tech news!
Our articles may contain affiliate links. If you buy through these links, we may earn a small commission.
Previous Story
AMD to End Vision Branding?
Next Story
Intel Rumored to Unveil New Smartphone Platform and Processors at MWC 2013