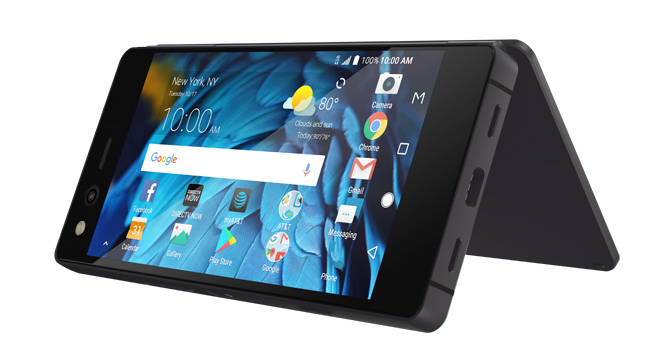 ZTE is banned by the U.S Commerce Department from buying Qualcomm chips, parts and software from other American firms for 7 years.

The ban is in response to ZTE's violation of an agreement on punishing employees that was reached after it was caught illegally shipping U.S goods to Iran. Since American companies are estimated to supply up to 30% of the components used in ZTE's equipment, the 7-year ban will be a heavy blow for the Chinese firm.

“If the issue cannot be solved smoothly and immediately, we think that ZTE will face tremendous disaster and would be forced to scale back on its smartphone business, not only in the U.S., but also in other markets,” said Strategy Analytics analyst Woody Oh.

There is also a possibility that ZTE's devices cannot run Google's mobile services which include the Google Play Store and the Android operating system.

“I think that there is a risk that ZTE loses all of its non-Chinese Android business,” he said. “In almost every region outside of China, it is almost impossible to sell an Android handset that does not have Google Play installed.”

The ban will increase tensions between the U.S and China which are the two largest economies in the world. Both countries have threatened each other with billions of dollars in tariffs, raising fears of a full blown trade war.