Chinese smartphone maker ZTE recently announced that a new smartphone, ZTE Axon 11 5G, will be unveiled on 23 March 2020 in China. This would be ZTE’s second 5G-compatible smartphone in their line-up, with the first being the flagship ZTE Axon 10s Pro that hit the shelves in China last month.

Not many details on the new ZTE Axon 11 5G were unveiled ahead of time, but the company stated that the phone would be compatible with both NSA (non-standalone) and SA (standalone) 5G networks. These 5G capabilities make the new phone likely to carry the commercially-available Qualcomm Snapdragon 865 System-on-Chip, as it contains 5G support. 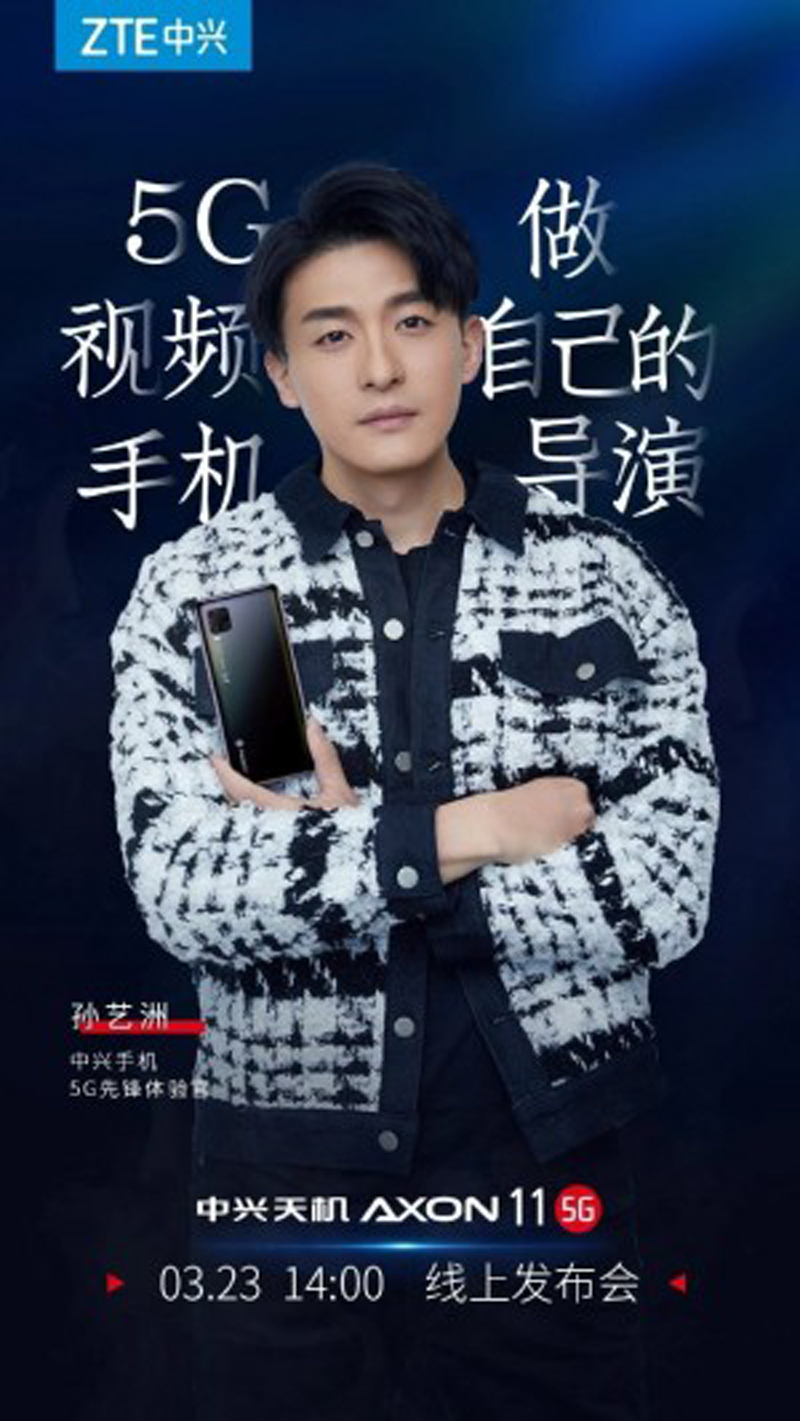 ZTE said that the Axon 11 5G would feature “video shooting functions and creation”, but the team did not elaborate further on the phone’s specifications. GSMArena spotted a promotional poster in China that showed the device touting four rear cameras with an LED tucked below the shooting system. The poster also shared that the announcement will be made online, at 2.00 PM in an unspecified time zone (likely to be GMT +8 for the Chinese audience).

Join HWZ's Telegram channel here and catch all the latest tech news!
Our articles may contain affiliate links. If you buy through these links, we may earn a small commission.
Previous Story
Tag Heuer keeps the Wear OS flag flying with its new Connected watch
Next Story
Sony has unveiled the PlayStation 5's full specs