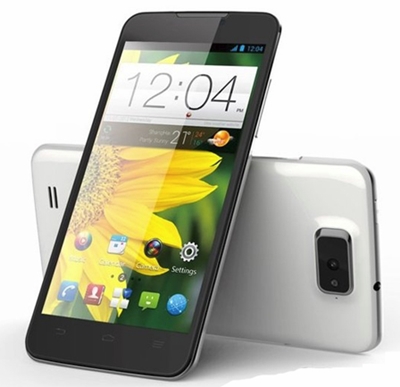 Update: Unfortunately, the Grand Memo runs on a Snapdragon 600 processor instead of the Qualcomm Snapdragon 800, as later confirmed by both Qualcomm and ZTE. The mistake has yet to be rectified on their official press release.

Additionally, the test units at MWC were actually running on the Snapdragon S4 Pro chipset and only had 1GB of RAM. Skeptics like us are wondering whether the final product will indeed come with 2GB of RAM or... otherwise.

With the recent influx of 5-inch devices, ZTE has gone ahead and announced an Android smartphone with a 5.7-inch, 720 x 1280 display at MWC 2013. Comparatively, Samsung's Galaxy Note II comes with a 5.5-inch screen and Huawei's Ascend Mate comes with a bigger 6.1-inch screen. Going by "Grand Memo", it is one of the first handsets to run on the new Qualcomm Snapdragon 800 processor. Other top-of-the-range specs include 2GB of RAM, a 13-megapixel camera, LTE connectivity and a 3200mAh battery.

Powered by Android 4.1 Jelly Bean, the ZTE Grand Memo is one of the first handsets to employ Qualcomm’s quad-core Snapdragon 800 processor. Key details include 16GB internal storage, 2GB RAM, a 13-megapixel rear camera, front-facing 1-megapixel camera, and 3200mAh battery. The device is thankfully very thin, and measures at only 8.5mm in thickness. Like most other Android devices, the LTE Grand Memo will be running on a custom UI called Mifavour.

The 5.7-inch flagship device will clearly stand beside its 5-inch quad-core Grand S as one of the two top devices to look forward to from ZTE in 2013.