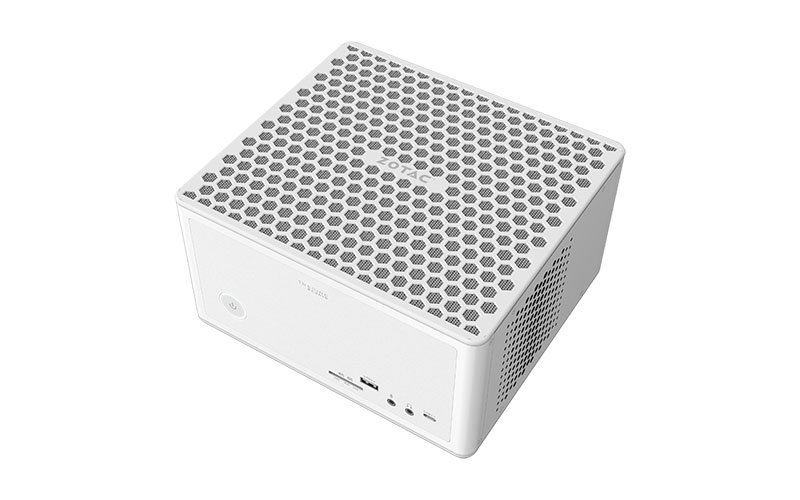 Zotac has announced a bevy of new mini PCs ahead of CES 2020. This includes systems for both creators and gamers, and the company is even trotting out a new edge line of super thin PCs for edge computing applications.

To start things off, there's the new Inspire Studio series, which was designed specifically for content creators and others who work with photos and video. Like many other creator-oriented machines on the market today, the Inspire Studio is dressed up in white and features a pretty compact and sleek design. It is powered by a 65W octa-core Intel Core i7 processor and desktop-sized Zotac Gaming GeForce RTX Super graphics card.

It can also be equipped with 32GB of DDR4 memory, a 512GB PCIe SSD, and a 2TB HDD. Connectivity options are similarly robust, and there is support for the latest Wi-Fi 6 standard and dual Ethernet ports. Finally, it comes pre-installed with Windows 10 Pro, so it should be ready to go with the most popular creative applications in use today.

Zotac is also upgrading its Magnus series of mini PCs. They'll now come with NVIDIA's GeForce RTX Super graphics cards, in addition to a 45W Intel Core i5 or i7 processor. Elsewhere, it'll take up to 64GB of DDR4 RAM, which is more than anyone needs for gaming. 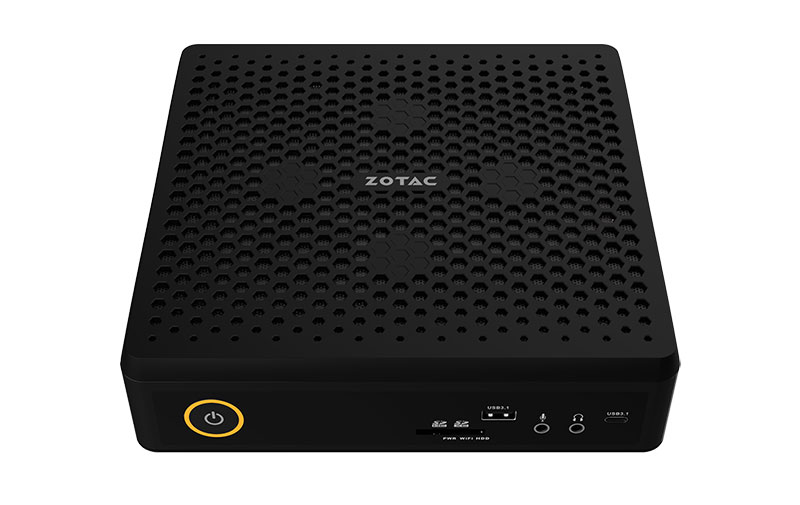 The palm-sized ZBOX nano mini PCs are getting updated too. Both the actively-cooled ZBOX MA621 nano and passively-cooled ZBOX CA621 nano can be outfitted with a dual-core AMD Ryzen 3 3200U processor with Radeon Vega 3 graphics. But if you still prefer Intel chips, you can configure both systems with a 10th Gen 15W Intel Core i3, i5, or i7 processor as well. 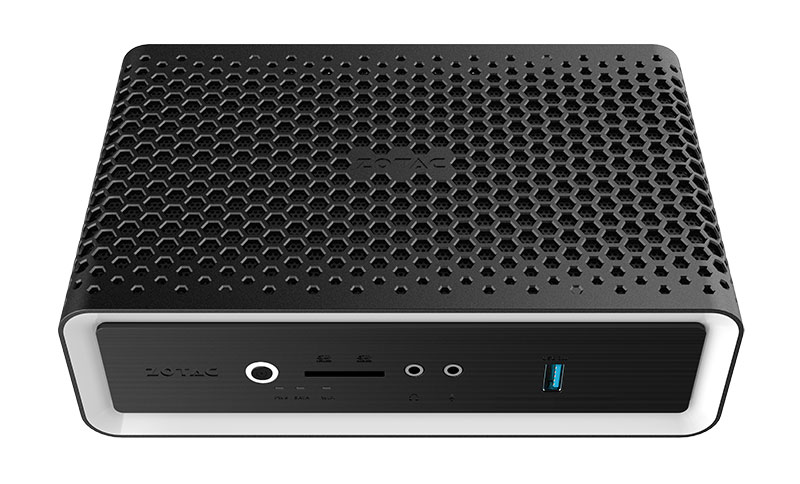 To cap things off, Zotac is introducing its ZBOX edge series of mini PCs. These are super thin machines meant for edge computing and things like collecting and storing IoT device data. Edge computing is focused on reducing overhead and resource demand on centrally-located supercomputer data centers. It's expected to play an even more prominent role in the future of IoT, which may explain Zotac's decision to move into this area. 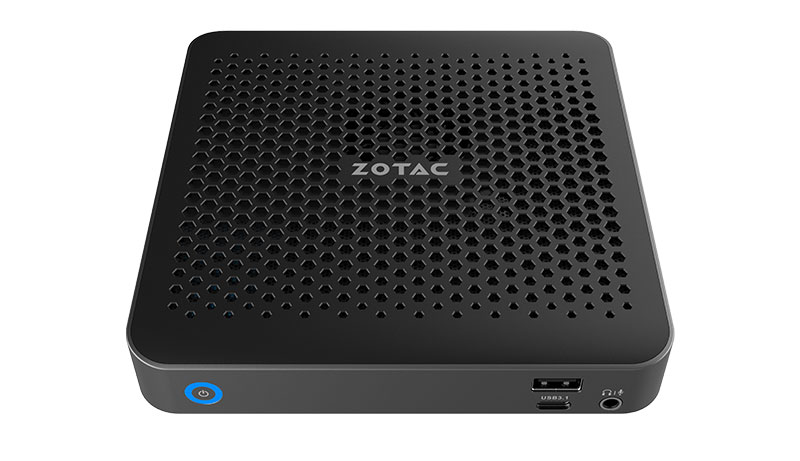 The ZBOX edge systems, including the MI643 Mini PC, are one of the thinnest to feature an Intel Core processor. It measures just 28.5mm thick and has an overall volume of 0.64L. It was also designed to give its parts plenty of ventilation, and supports VESA mounting and all your usual connectivity options, including Wi-Fi 5, Bluetooth 5, and dual Gigabit Ethernet ports. To maintain its thin profile, the ZBOX edge only has two M.2 SSD sockets.

There's an even lower power C series edge model in the form of the CI341 Mini PC. This is a passively-cooled machine for silent operation, but it is also VESA mount compatible and measures just 32.1mm thick. It comes with a quad-core Intel Celeron N4100 chip for better power efficiency in places where there's limited airflow and room.

Join HWZ's Telegram channel here and catch all the latest tech news!
Our articles may contain affiliate links. If you buy through these links, we may earn a small commission.
Previous Story
The Dell Latitude 9510 supports 5G and Wi-Fi 6, with built-in AI optimization to boot!
Next Story
The new Alienware 25 gaming monitor comes with a speedy 240Hz IPS display